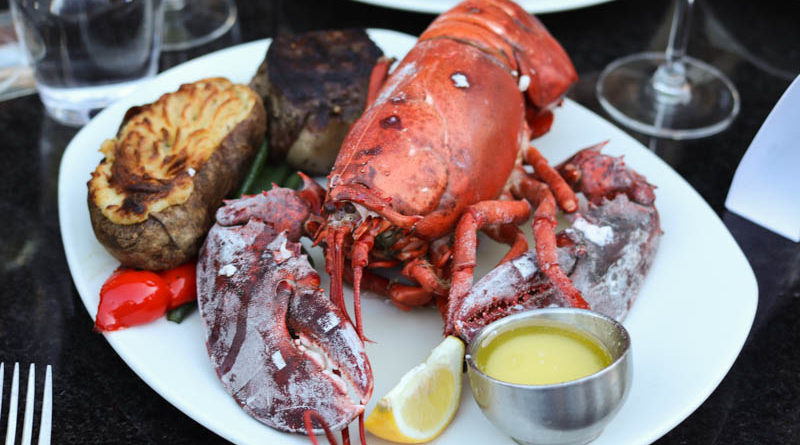 Oh my gosh, guess what guys – my favourite season is back for another year!!! The Keg’s Lobster Summer!! Before I met my boyfriend Meta Knight, I had no idea what Lobster Summer at The Keg was. It was only until he started working at The Keg Head Office that I was introduced to this amazing summer dining experience, and ever since then, I was hooked. 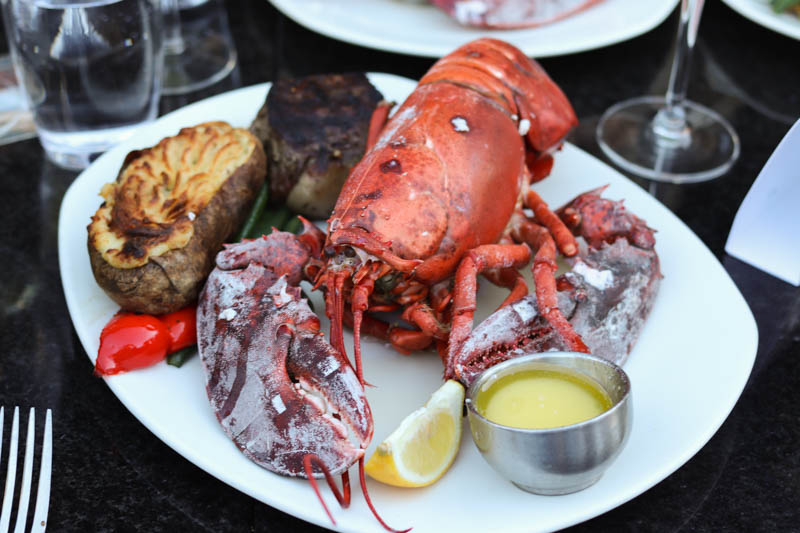 The Lobster Summer Menu is available at all Keg locations between now and September 2nd, 2018. It features a variety of menu items spotlighting the delicious, fresh Atlantic lobster (the crustaceans are flown in and delivered live to each restaurant location every day). This year, they’ve kept the menu short and sweet with one appetizer (Lobster Gratinee), and three entrees (Whole Atlantic Lobster, Steak and Half Lobster, and Seafood Sirloin).

This is from their regular appetizer menu but it is the Scallops & Bacon ($12). It comes six on a skewer and has a smokey chargrilled taste which is nice. 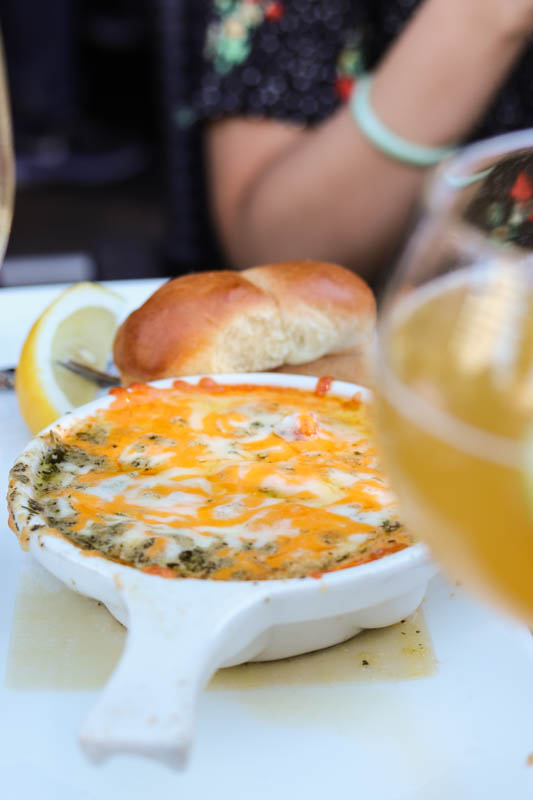 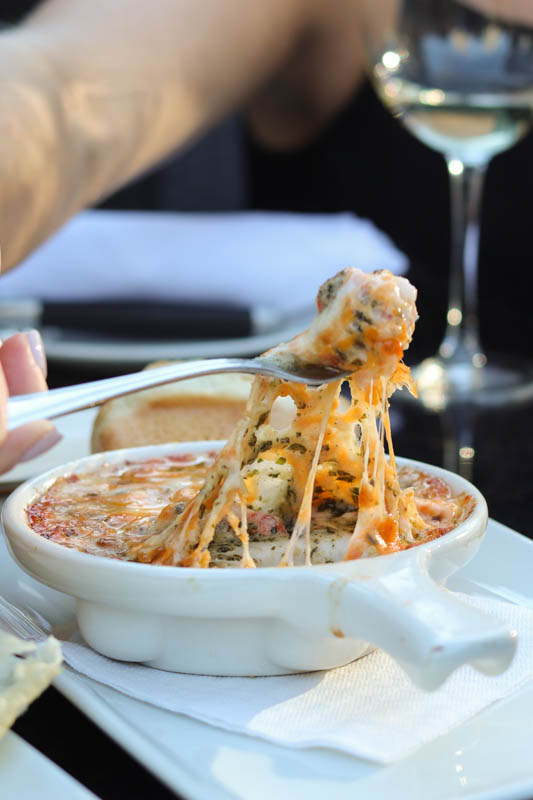 The Lobster Gratinee ($15) is for all you cheese and escargot lovers as it is served the same way as the Escargot appy. Chunks of lobster sauteed in garlic, butter, and herbs…. topped with melted cheese. God… It’s making my mouth water just thinking about it. 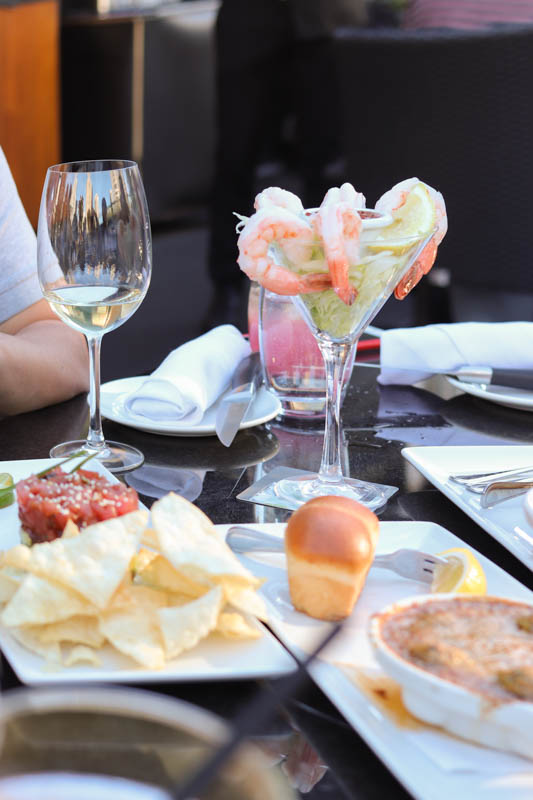 The Shrimp Cocktail ($13) is always a crowd pleaser and it’s of great value. You get 5-6 really large cooked prawns and they’re always juicy, plump, and fresh.

Tuna Tartare ($15) is one of their ‘newer’ appetizers and I hope this sticks around for the long haul. It’s comprised of smashed avocado, sesame soy seasoned ahi tuna, and deep fried wonton chips. It’s definitely a must for any poke lovers out there!

Who else likes Escargot ($11)?!?! I do!! I’ve never been to France so I can’t speak to this dish’s authenticity. However, what I CAN tell you is that it tastes like a warm hug on a cold day. Six escargots are served with a mushroom cap each, and topped with loads of butter and garlic. The mini bread that’s served on the side? Make sure to dunk that in the leftover butter and herbs.

I didn’t get the Seafood Sirloin ($42) but it looked really amazing. I actually expected the seafood topping of shrimp, lobster, and scallops to be very small but they were huge! It’s also topped with a velvety Supreme Lobster Veloute sauce. You can add a side of half lobster just like Carmen (@tasteofvancouver) did for an extra cost. 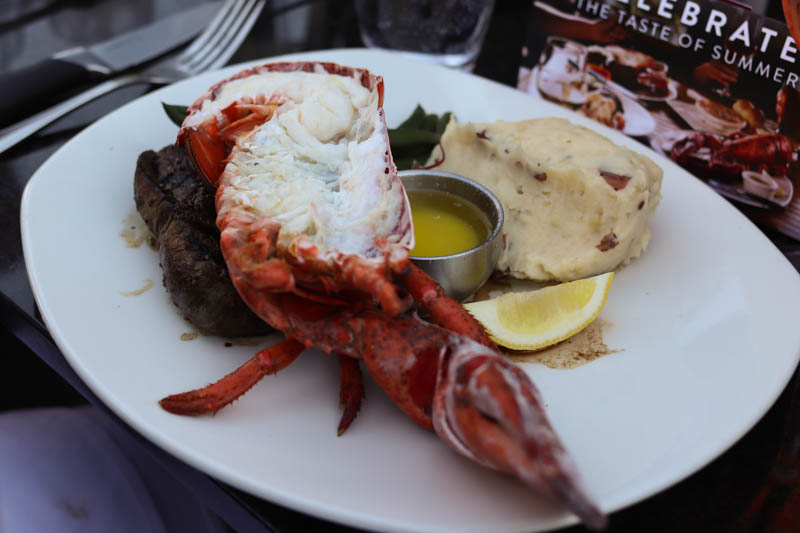 Whenever I go to The Keg for Lobster Summer, my go-to is always the Steak & Half Lobster ($48 for 6 oz/ $51 for 8 oz). It has just enough variety that you feel like you have a taste of everything. Plus, because the lobster is split exactly in half , it’s quite easy to get everything out of the shell without making a huge mess. 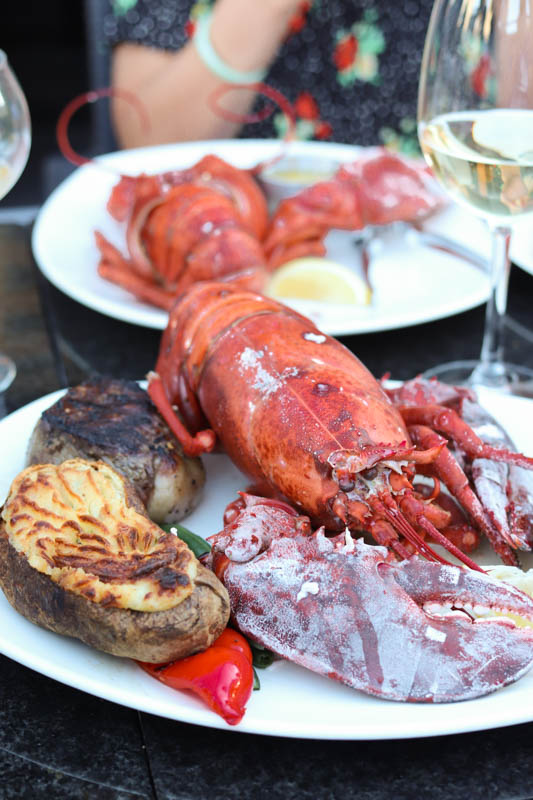 I was a keener and got the Steak & Lobster + Half Lobster. So essentially it’s a sirloin steak (6 oz) with a whole Atlantic lobster “on the side” :P. For my actual side I got the twice baked potato which is one of my favourites. The loaded baked potato is so fluffy and the potato skin is always roasted to perfection so I end up eating the skin too. 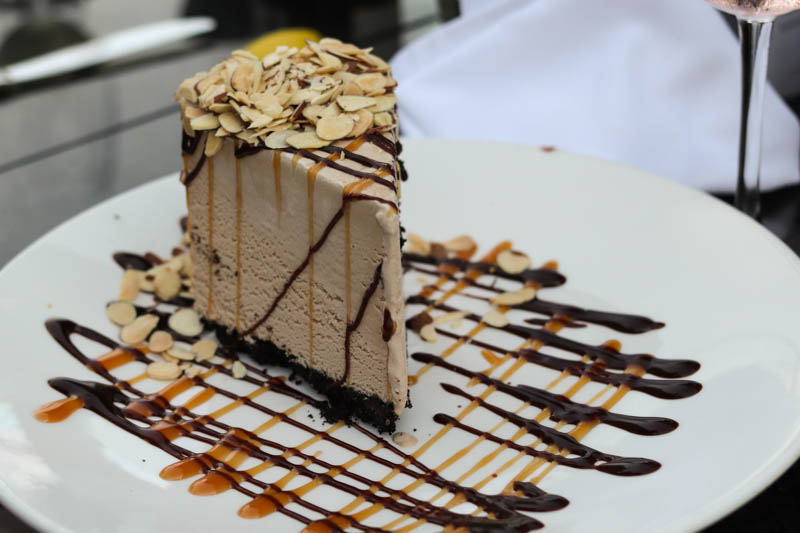 Last but not least, you can’t leave The Keg without getting their signature Billy Miner Pie ($6). At only six dollars, it’s probably THE single most worth it item on the entire menu. The ice-cream pie is fit to share between two to three people, and if you like sliced almonds, make sure to ask for extra as it gives the ice-cream incredible texture.

All in all, The Keg’s Lobster Summer is definitely worth trying. Even if you only go to The Keg once a year (which I doubt you would), I would suggest going during Lobster Summer season because there are very few restaurants in the city that offer lobster with the same variety, freshness, and value.

Disclaimer: All of the food and drinks were complimentary. All opinions are my own. 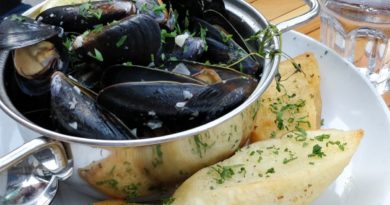