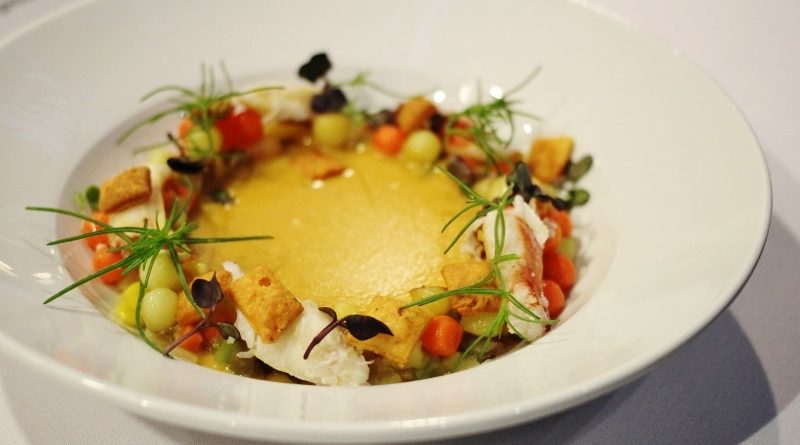 Listen up, chowder fans! Have you heard about the Ocean Wise Chowder Chowdown? The 10th anniversary of this chowder championship happened at the Vancouver Aquarium on Nov 22nd and boy was it a delectable event. This year (2017), all of the past winners came to compete head-to-head for the title of All-Star Ocean Wise Chowder Chowndown Champion!

This 19+ event included a sampling of 13 different ocean friendly chowders with local B.C. beer pairings, all in support for sustainable seafood. 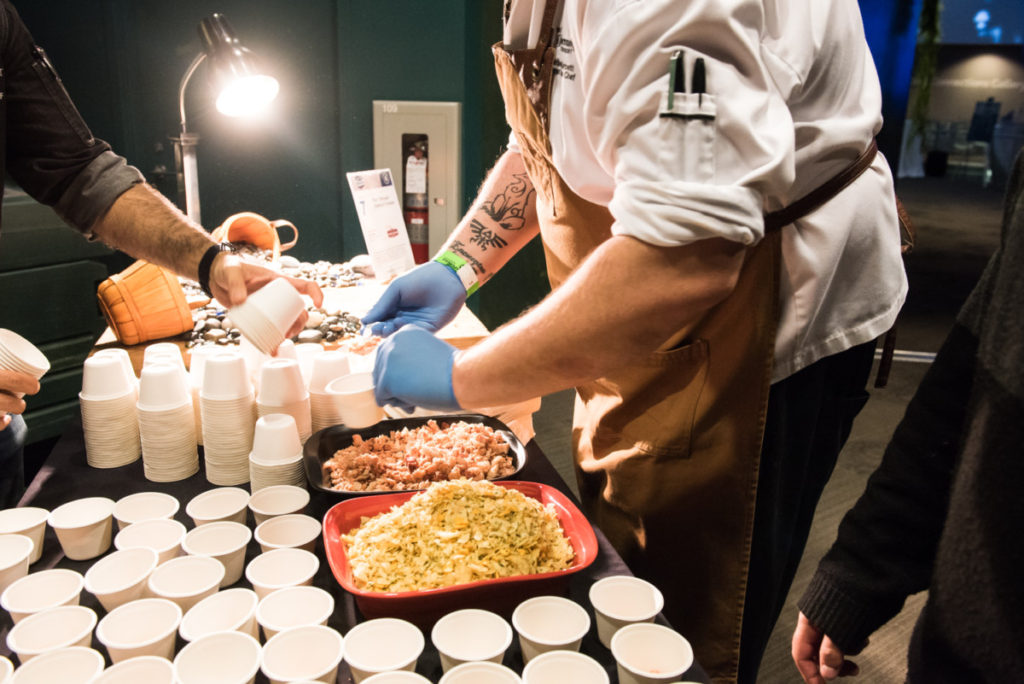 I had the privilege to attend this event as media and it was an incredible experience. Trying 13 different chowders from 13 extremely experienced chefs, it was like a dream come true. From saffron seafood chowder, to a clear clean Japanese style chowder, each one was as unique as their chefs and the restaurants they represent. As a recap, this year’s champions include: 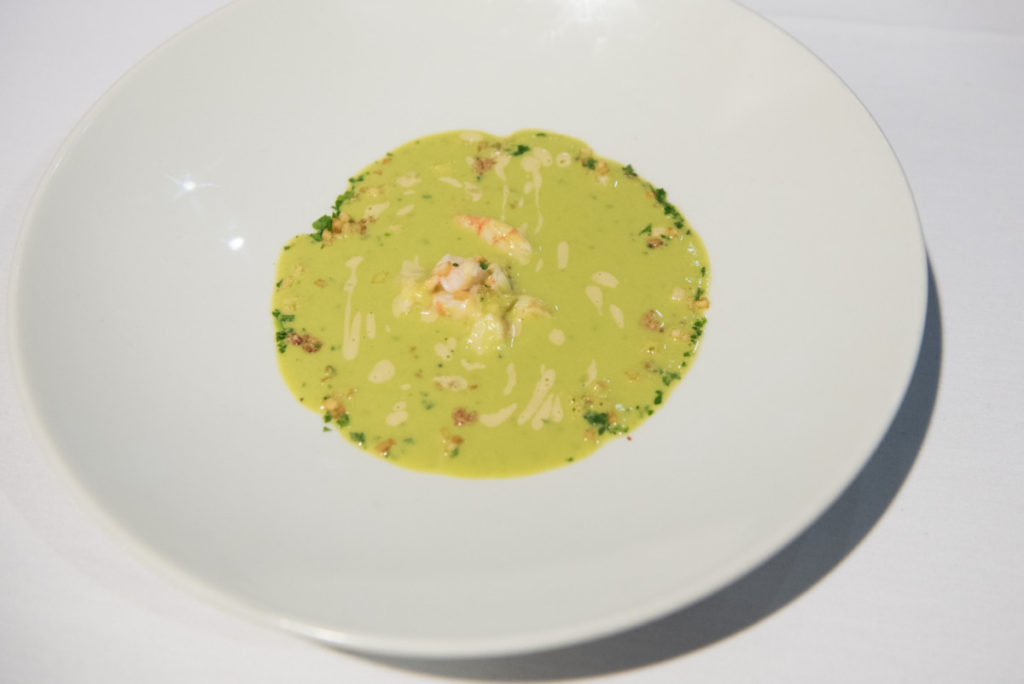 Their Witches Brew chowder with a pea base with bacon and B.C. sidestripe shrimp won the hearts and tummies of all of the judges. When I sampled this chowder, I liked how the refreshing peas balanced out the smokey rich bacon.

The Best Beer and Chowder Pairing went to Chef Yosuke’s dashi broth and shinjo dumplings made with Ocean Wise little neck clams, and R&B Brewing’s Stolen Bike Lager (made with smoked green tea, and sake-infused with orange peel and ginger). Personally, I loved how light both of these items were and how nicely it paired with each other. The fact that they took a risk in submitting a ‘clear’ yet full bodied chowder really shows their skills and talents as trained Japanese chefs.

These chowders did not win but I wanted to call them out as an honorable mention because some of them were just absolutely amazing.

I thought the Dungeness Crab Chowder from Preston’s Restaurant was not only spectacular presentation wise, but also incredibly delicious. If you look closely, you can see that a lot of the vegetables in the chowder are spheres. The intricacy of those details, and the fact that they had to make this for 600 people really impressed me. 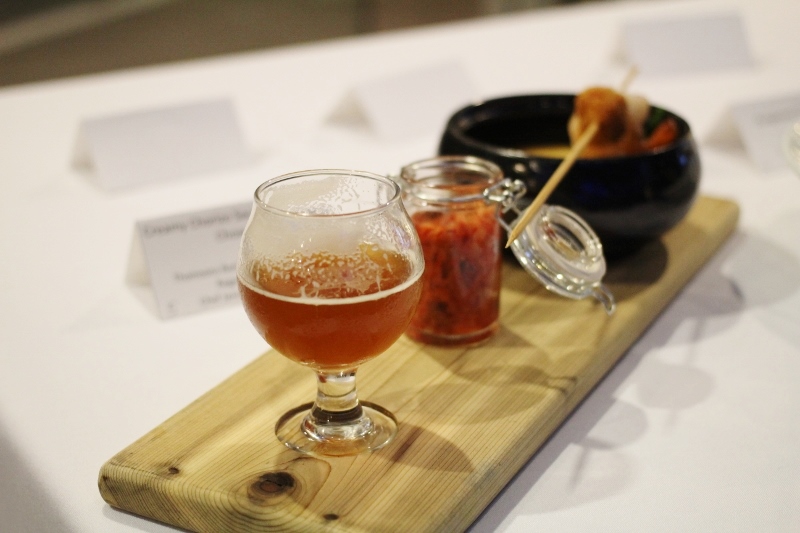 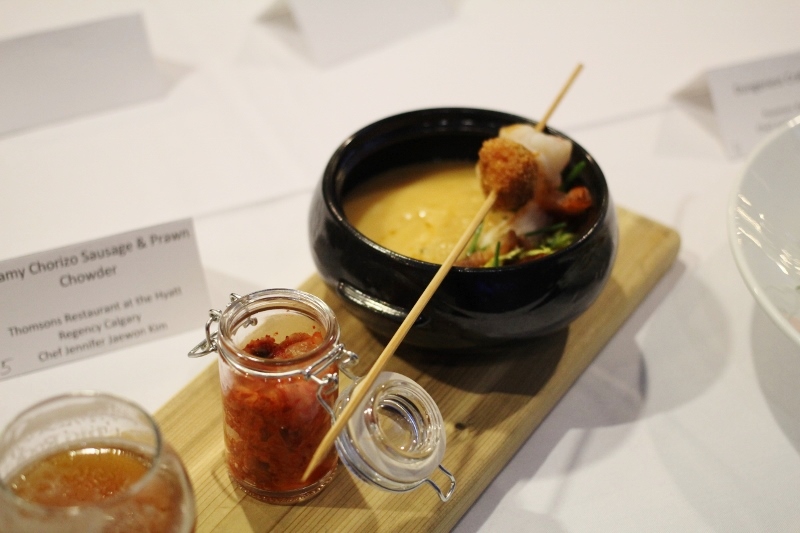 Chef Jennifer Jaewon Kim’s Creamy Chorizo Sausage & Prawn Chowder also stood out to me because her chowder was permeated with incredible smokey flavour. Adding in her delicious crab cake skewer, this chowder was a showstopper.

Chef Mardy from Pacific Yacht Charters served up a Saffron Coastal Chowder that I thought was really scrumptious. It was my first time tasting such deep saffron flavour from a chowder and Chef Mardy said he had to use A LOT of expensive saffron to achieve that flavour.

Chef Ned Bell’s Mussel and Maple Chowder with Caramelized Fennel and Pollen was an interesting chowder. The maple flavouring on top was much stronger than anticipated but when mixed in with the soup, it presented quite a nice balance of savoury and sweet. 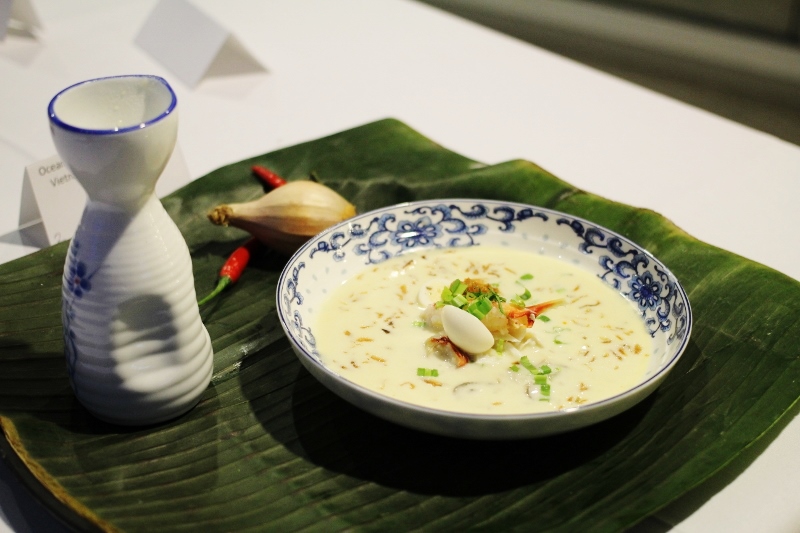 Last but not least is Thompson Tran’s Ocean Wise Dungeness Crab & Vietnamese Fried Tomalley Chowder. The most unique part of this chowder was the tomalley which is essentially the insides of a crab cavity mixed together with a variety of Vietnamese sauces and spices. It gave the chowder some spiciness, some depth, and some indescribable umami flavour. I learned that the beer pairing was also made smoked mussels which complemented the chowder incredibly well. 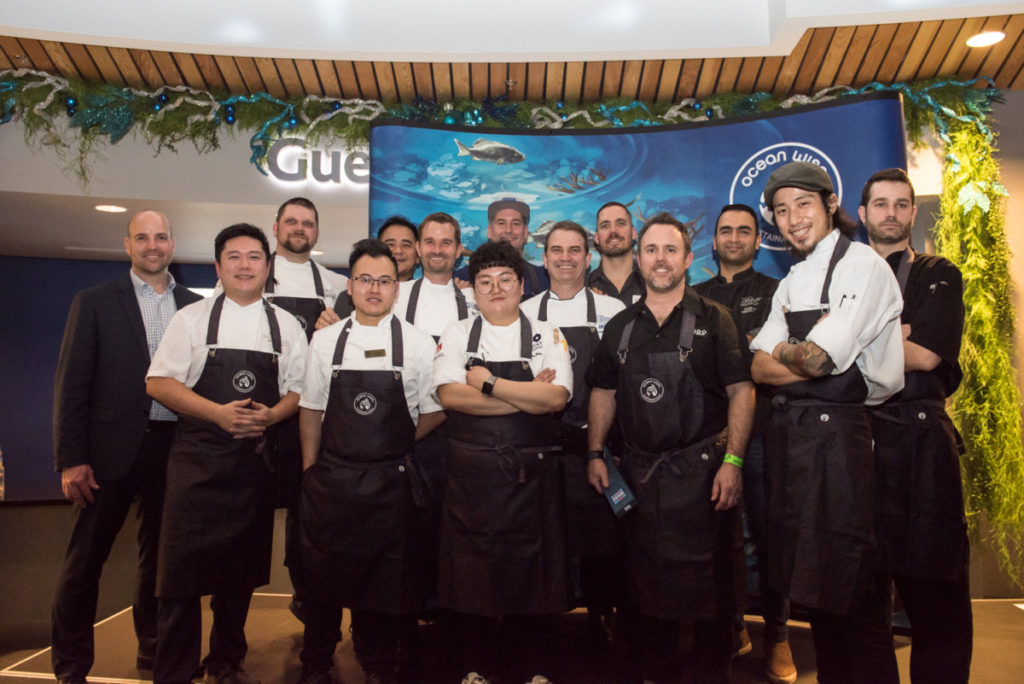 Overall, the night was a great success and it featured an impressive array of Ocean Wise seafood, prepared by passionate chefs who are united in their support for our ocean’s longevity. It is great to see that the Ocean Wise seafood program is now Canada’s most recognizable sustainable seafood program even though it only began as a grassroots movement in Vancouver in 2005. To provide your support, make sure you get yourself to the next year’s Chowder Chowdown to not only eat an entire belly full of chowder, but to help our oceans stay plentiful for generations to come!

Pokey Okey – One of the Best Poke Shops in Vancouver