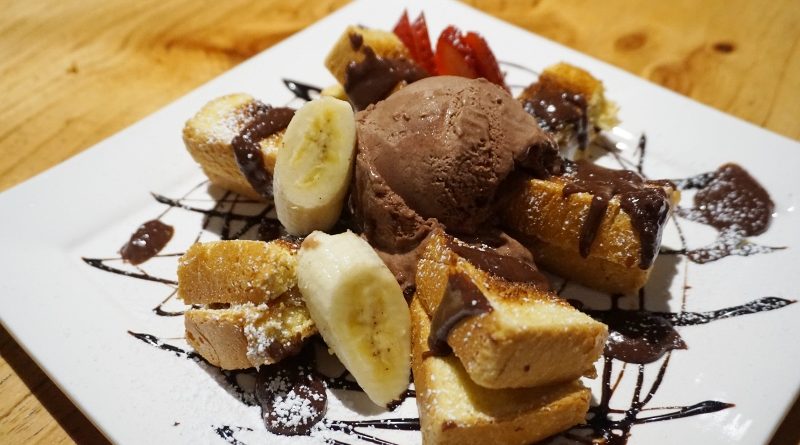 Midam is a Korean style cafe and bistro that has one location in Burnaby and one in Richmond. I recently went to the one in Richmond with a couple of my friends, and since one of them was treating all of us (he got an new job), we went ham. 😀 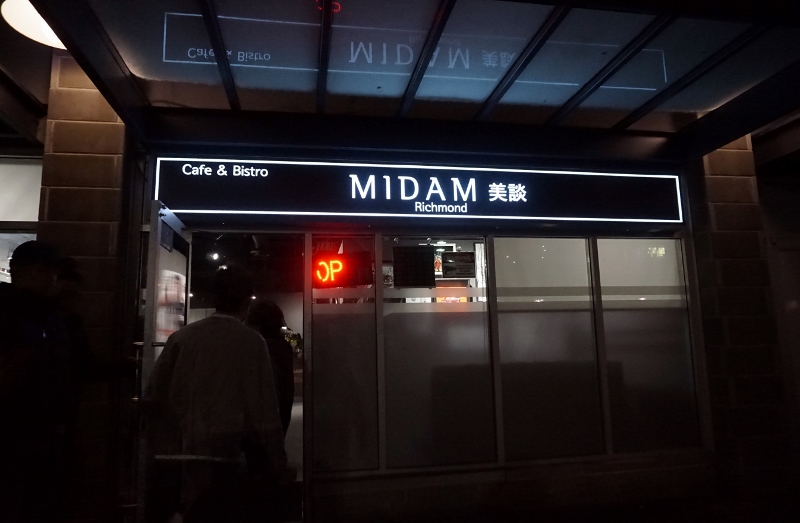 Midam is located in the same plaza as Thai Son and Exit on Garden City. It’s tucked away in a little corner so you really have to look hard to spot their sign. 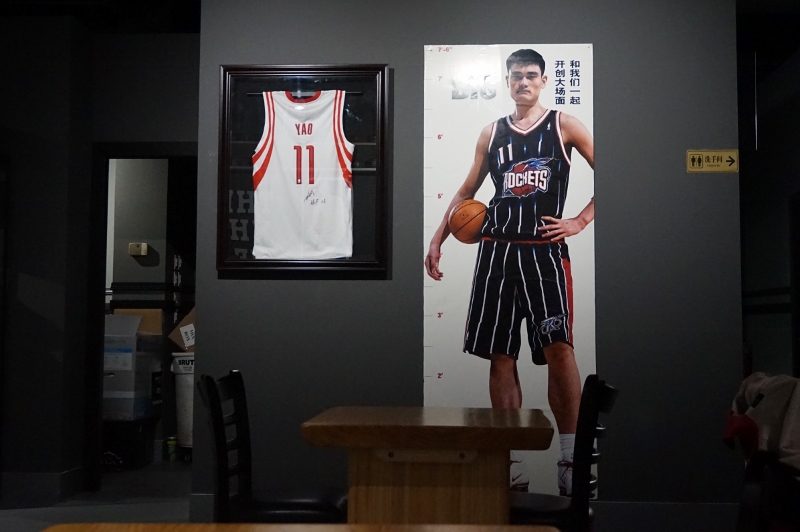 They have a basketball theme going on which is pretty neat and they even have a life size poster of Yao Ming! Against him, I’m barely up to his belly button. =.= 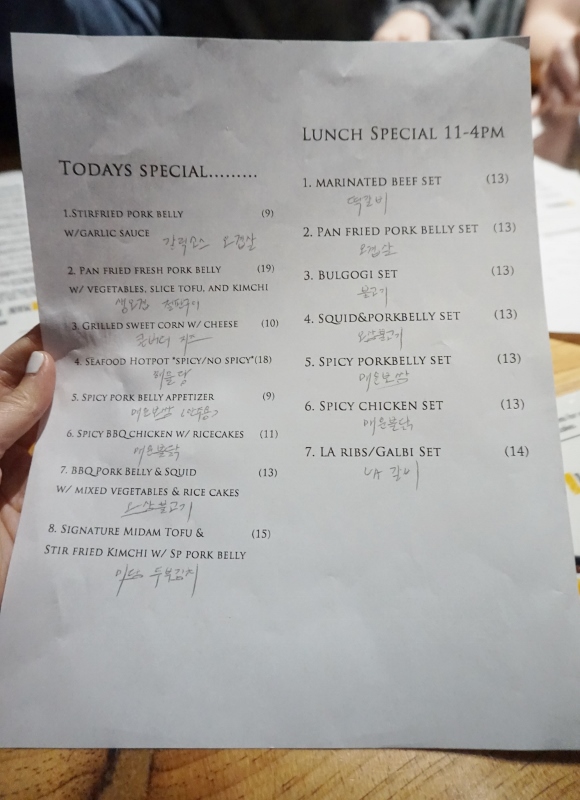 They have daily Lunch Specials from 11-4pm that range from $9-$14. Not bad if you work near the area and want some Korean bbq meat for lunch. 🙂 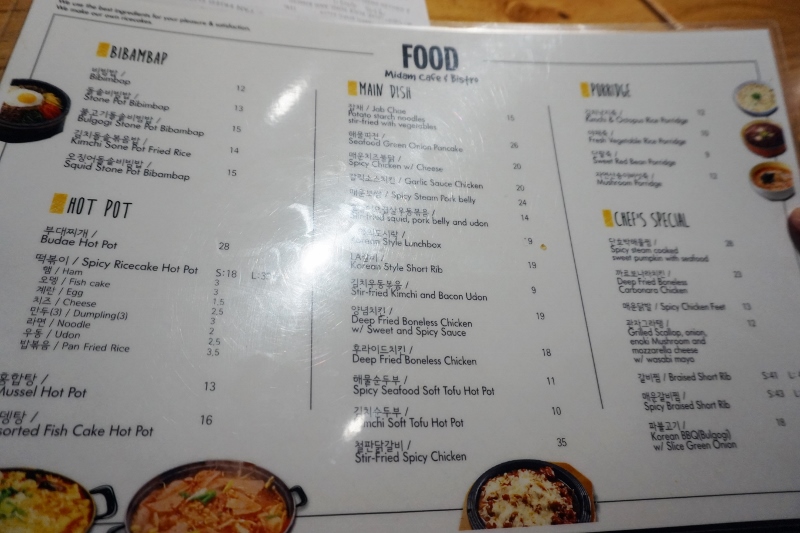 The food that Midam serves is really Korean comfort food at it’s best. From large hot pots to deep fried boneless chicken, everything they serve is either meat, full of carbs, or covered in cheese. They also make their rice cakes in-house which is quit refreshing compared to the other Korean joints in town. 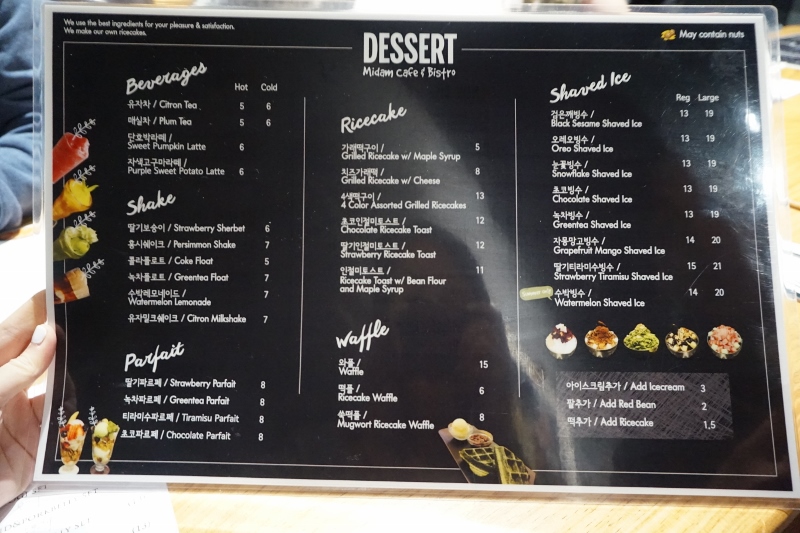 As for their desserts, they dedicate the whole back side of the menu for it! My suggestion? Come here and get a few entrees to share with your friends, and save enough room for a couple more plates of dessert. 🙂

Like all Korean restaurants, you receive a few sides to go along with your meal called banchans. I barely touched them because we had a lot of food but they were decent. 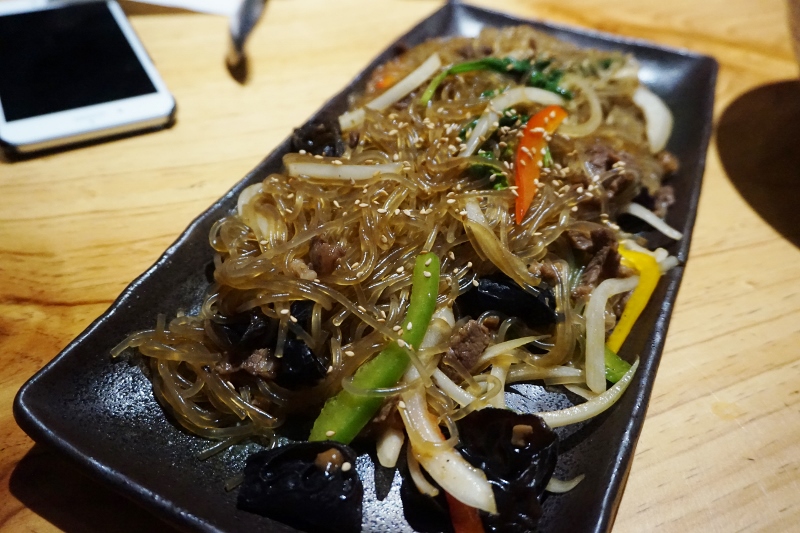 The Japchae ($15) was nicely done, with lots of veggies and meat to accompany the Korean crystal noodles. If you don’t know, these crystal noodles are made of pure sweet potato starch and they barely contain any calories!

I make this Korean Army Stew called Buddajiggae ($28) often at home so I wanted to see how this fares. All in all, I really enjoyed the hot pot but I found it too expensive for the ingredients used. All you really need to recreate this at home is gochujang (Korean red pepper paste), kimchi, sausages, veggies, ramen/instant noodles, rice cakes, spam, processed cheese, and chicken broth. Arrange it nicely in a pot and let it boil! That’s it! 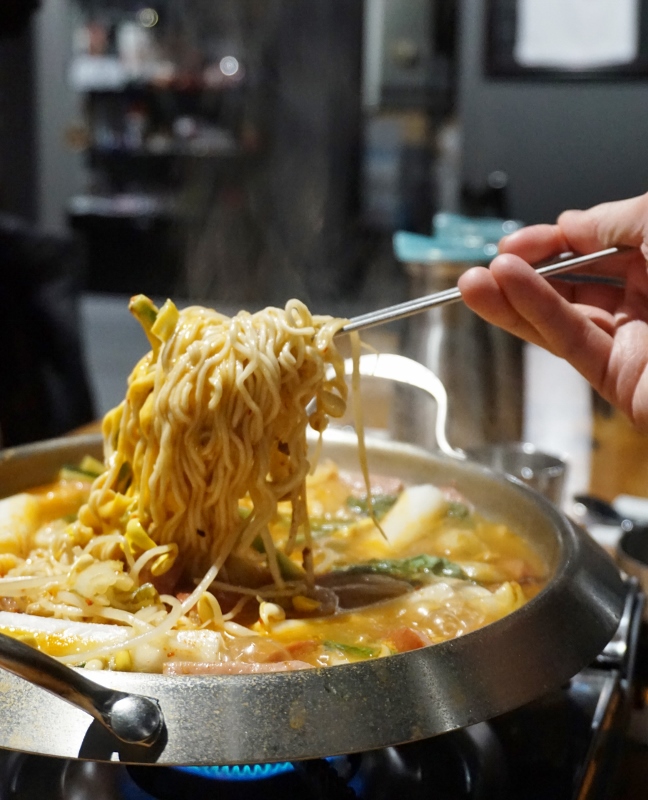 If you’re not up for making Buddajiggae at home, this one is definitely a great alternative. 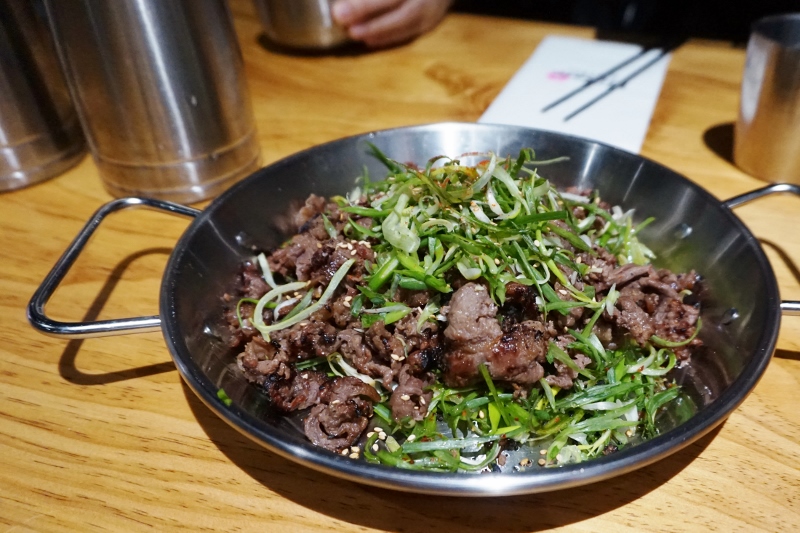 This Korean BBQ Bulgogi with Sliced Green Onion ($18) was really delicious. The raw green onion in particular was really great at adding some much needed freshness to the barbecued meat. 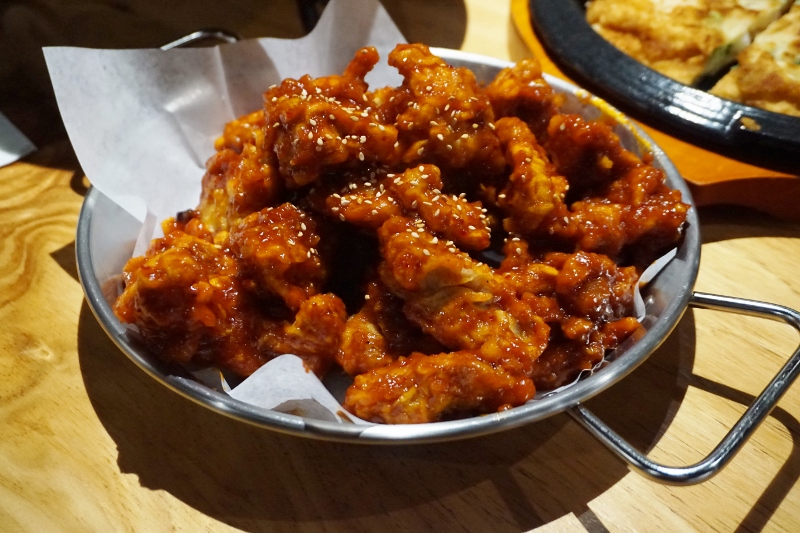 My friend really recommended the Deep Fried Boneless Chicken with Sweet and Spicy Sauce ($19) and I could see why. It was very well executed and each piece was meaty, juicy, and saucey. 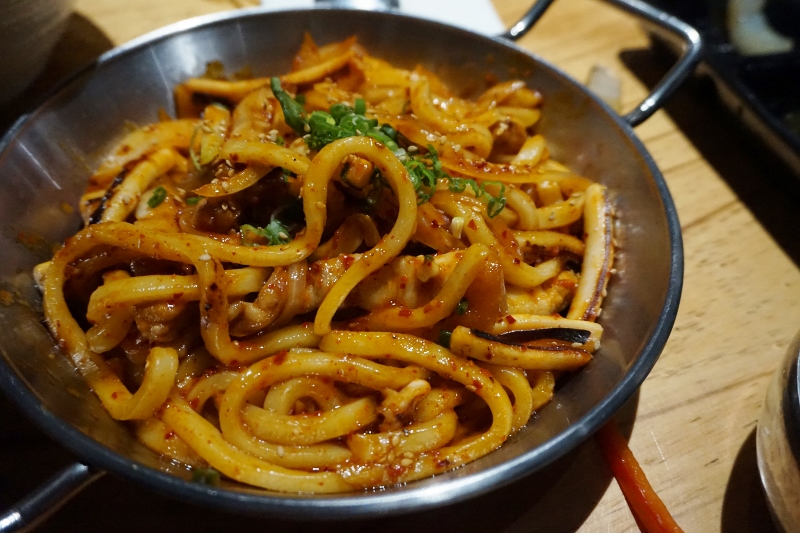 I’m always a fan of noodles so I really gravitated towards this Stir Fried Kimchi and Bacon Udon ($9). At nine dollars a pop, I would definitely recommend getting this as a filler since all of the other meatier dishes are $18+/dish. 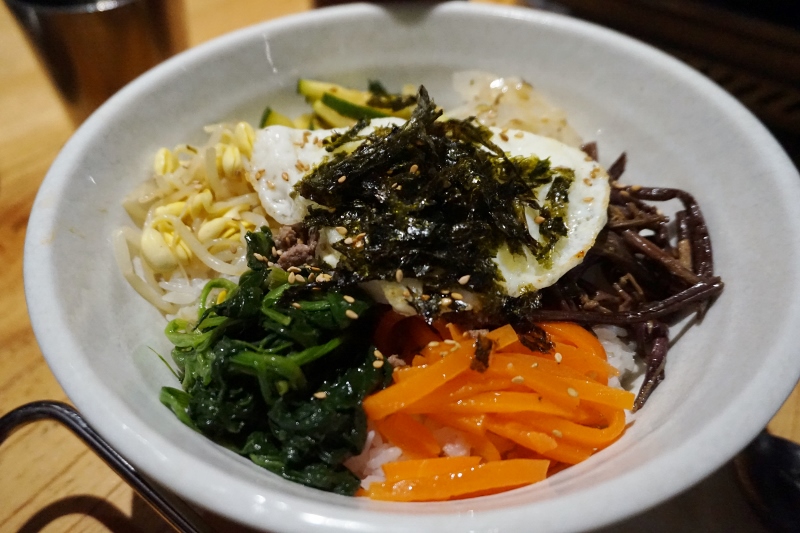 Since the one udon was not enough as the ‘filler’, we ordered a Bibimbap ($12) as well. This contained no meat and comprised of spinach carrots, mushrooms, bean sprouts, zucchini, mung bean, seaweed, and a fried egg on top of rice. 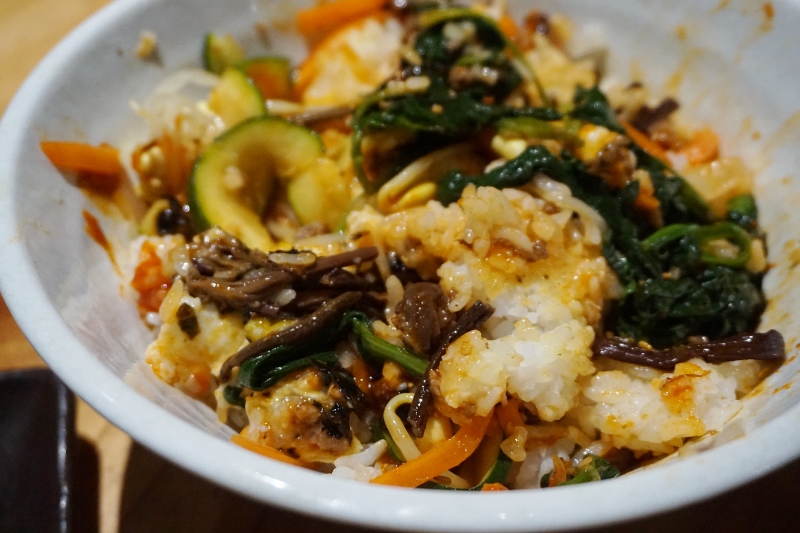 When you mix everything together (along with a good helping of gochujang), you end up with this. Overall this was good, but I thought it was a little pricey for what it is. 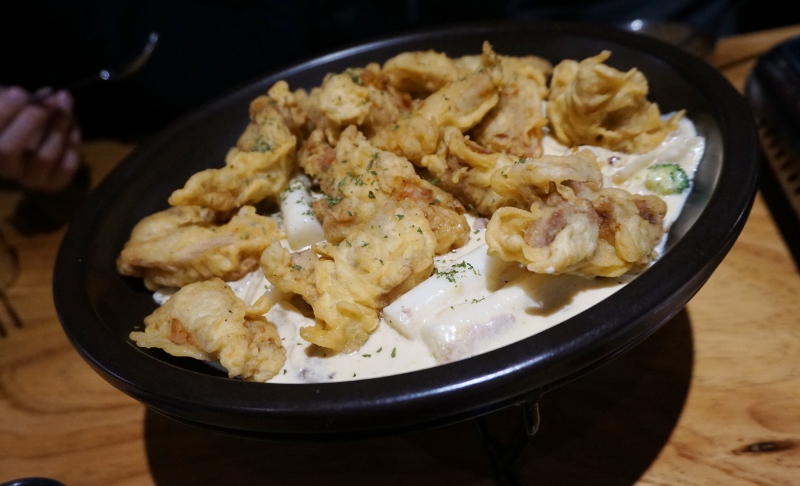 If you are only allowed to order one or two entrees from Midam, make one of them be this Deep Fried Boneless Carbonara Chicken ($23). It comes served on a giant pot over a candle to keep it warm. It contains boneless fried chicken on top of carbonara rice cakes. The flavour combination may sound weird but trust me. This dish is THE BOMB DIGGITY. You MUST get it if you like rice cakes, fried chicken, or cream sauce (which I can’t imagine anyone not liking any one of these things :P). 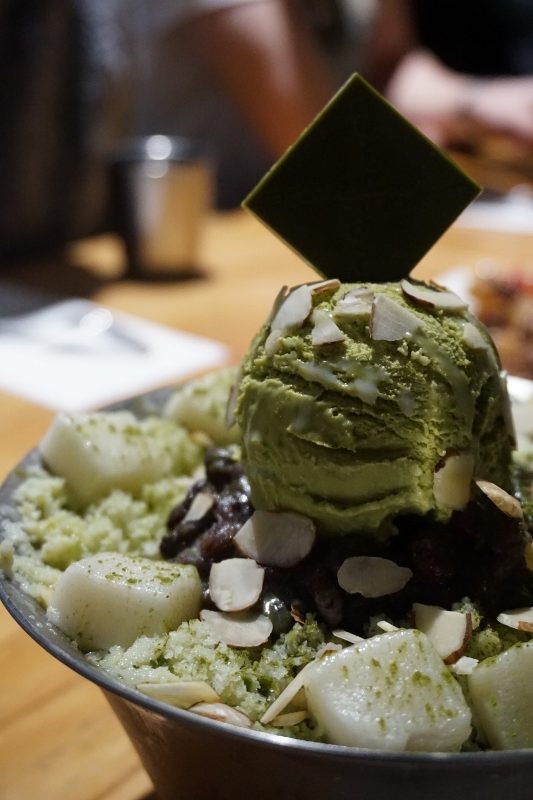 For dessert, we went all out and ordered three pretty hefty desserts to share among our group of 7. This was the Green Tea Shaved Ice ($13/regular size) and it was pretty fantastic. It had soy milk shaved ice on the bottom, green tea powder, sliced almonds, red bean, and homemade rice cakes on top. And if that wasn’t enough, it was topped with a scoop of green tea ice-cream and condensed milk. 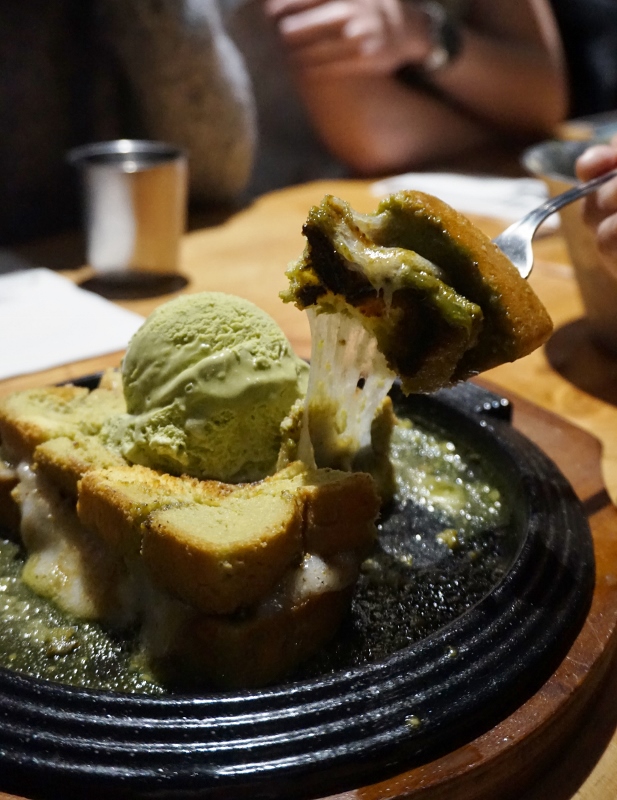 This was not on the menu when I came but since my visit they have put this dish on their permanent menu. It’s called Green Tea Mochi Toast on Sizzling Plate or something like that and I think it was roughly around $10. This is a carb heavy dessert consisting of melting rice cakes sandwiched between two thick slices of white toast. It is then topped with a scoop of green tea ice-cream, and when served, they will pour a green tea syrup on the plate so everything sizzles. This was friggin amazing from start to finish. 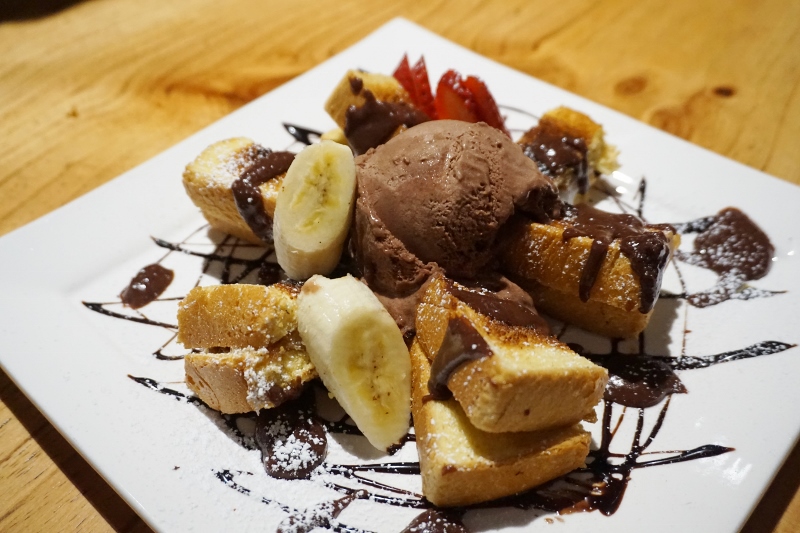 Last but not least is the Chocolate Ricecake Toast ($12). While it did not sizzle and have the same theatrics as the Matcha Ricecake Toast, it was still a very solid chocolate-ful dessert. Though if I had to choose I would definitely get the green tea one again over this.

In my opinion, Midam Cafe can be considered a Korean bistro as well as Korean dessert cafe. Their desserts are extremely well done and there is no restaurant like it when it comes to these “Ricecake Toasts”. I do find their prices a bit steep however especially when it came to some of the entree dishes like Buddajiggae and Korean BBQ meat so if you’re watching your wallet, you should just skip the entrees and come for dessert. 🙂

Service Rating: 2/5 (Service was REALLY slow when we were there) 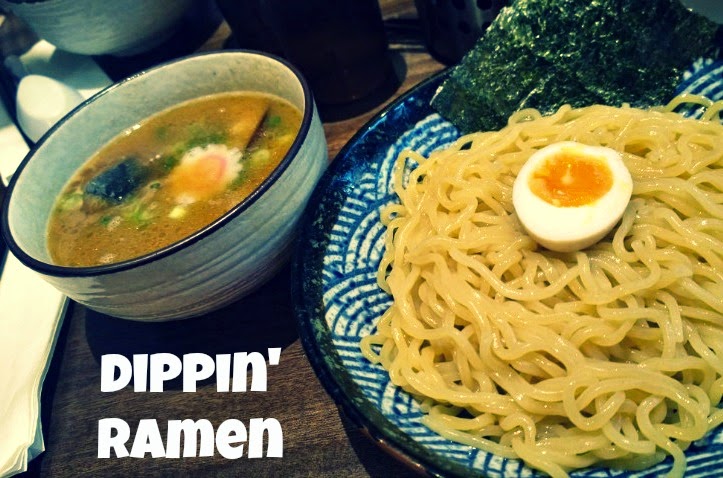