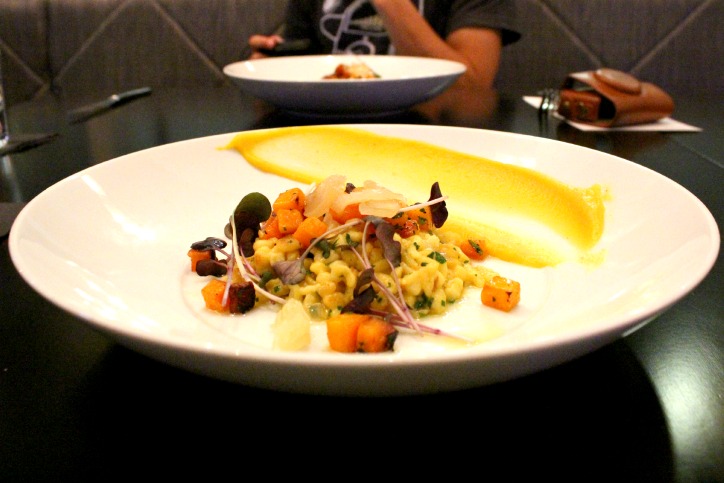 Downtown Events Media Event
December 14, 2013March 2, 2016 admin 0 Comments
Mosaic is at it again with another tasting menu, this one focusing on German cuisine. It is available until Dec 19th for $45 without/ $65 with wine pairing, so make your reservations asap if you want to give it a try. 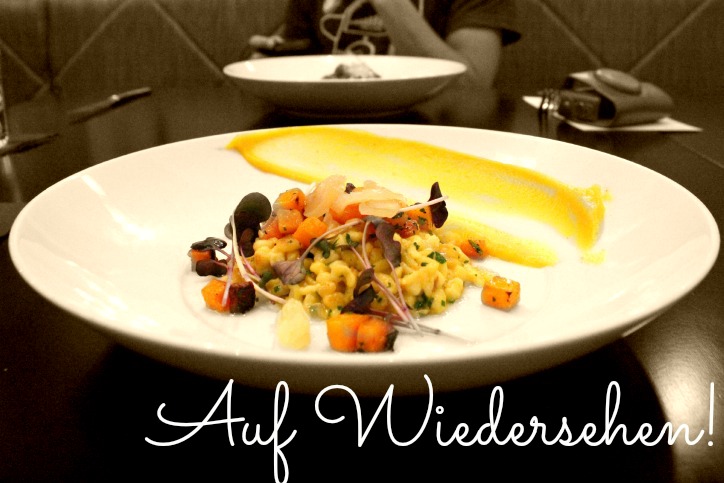 For this menu, Chef Heinrich gave the execution rights to Chef Jo and she did a fantastic job with each and every dish. You can tell she is extremely passionate about food and has an eye for perfectionism. 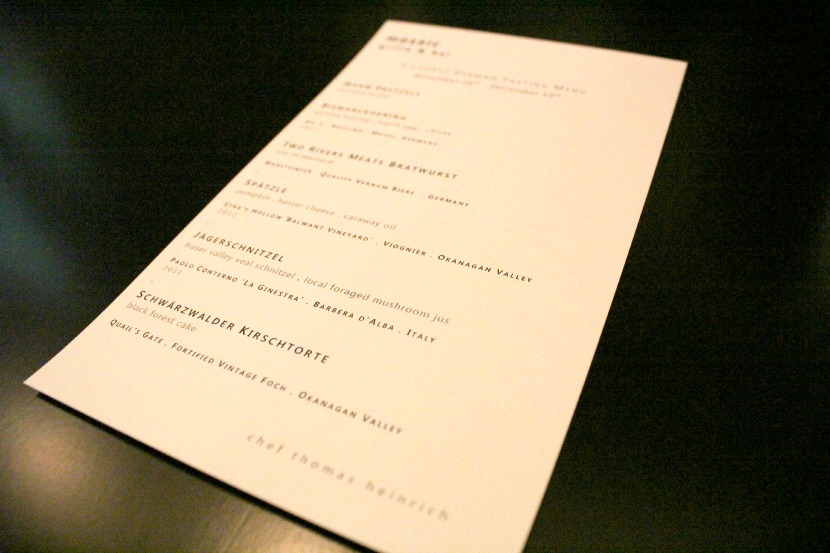 Foodobyte and I were served 6 courses in total including the ‘bread’. 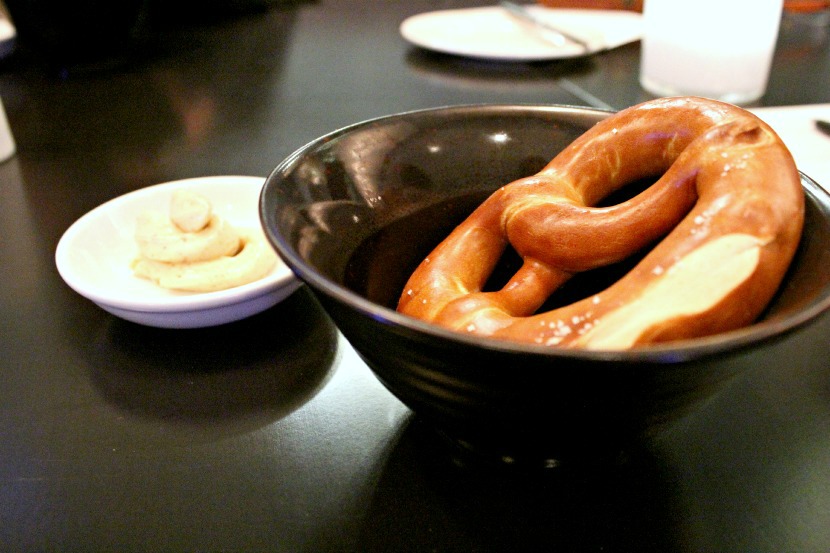 Normally, we’re served warm smoked salt biscuits for the complimentary starter bread, however, this time it was replaced by their housemade Warm Pretzels. It came with a seriously addicting mustard butter which I unintentionally slathered all over my pretzel.  These are one of the best warm pretzels I’ve had anywhere. 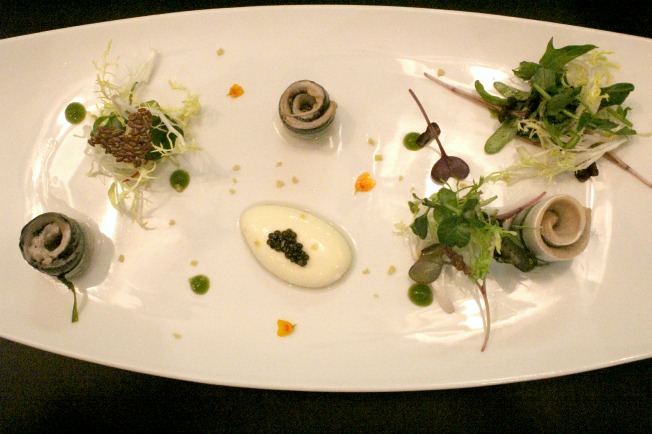 The second course is the Bismarckhering which is a combination of pickled herring (done in house!), liquid egg, salad, flax seed tuille, chives and fennel sugars. It was a great dish to open up the appetite, similar to the sour Sunomono of Japanese cuisine. 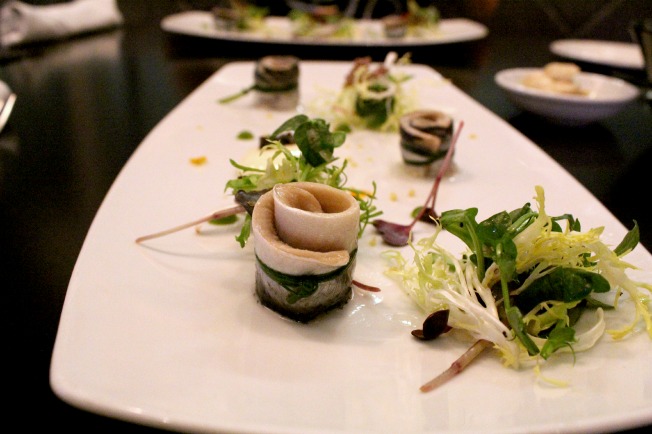 The liquid egg coated the herring nicely so it didn’t become too overwhelming. 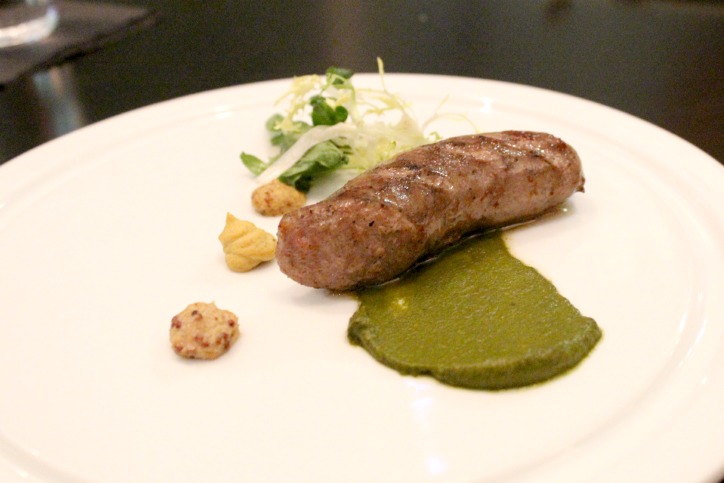 Curtis was particularly excited about the Two River Meats Bratwurst which was served with three different types of mustard (grain, hot, apple) and watercress puree. If you know me, you know I love sausages (get your head out of the gutter!) so I was thoroughly impressed by the housemade sausage. It had the perfect amount of seasoning and it was fun combining the different types of mustards with it to get all new flavours.

I personally was eager to try the Spatzle which is essentially a German egg pasta that is usually eaten with cheese and onions. While this Spatzle was good, I thought it lacked flavour within the pasta and it was a little too soft. The ones I’ve had in the past had a crispier and drier texture which I liked better. I’m not an expert of German cuisine though so it is just my personal preference. 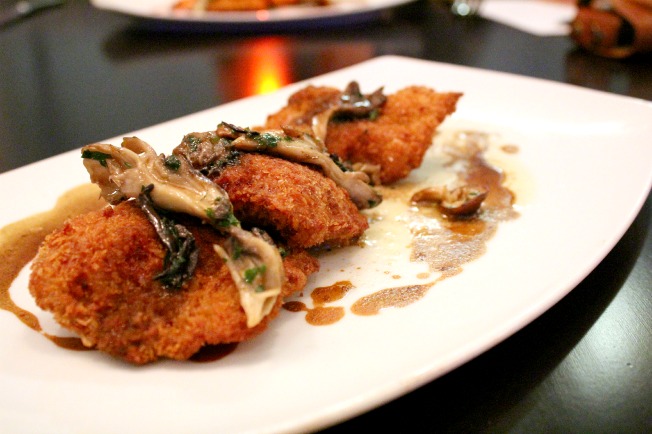 The Jagerschnitzel consisted of fraser valley veal schnitzel and it came with local foraged mushroom jus. The mushrooms were my favourite part and the jus? Divine. The veal itself felt a little tough but when dipped in the extra jus that we asked for, it was great. 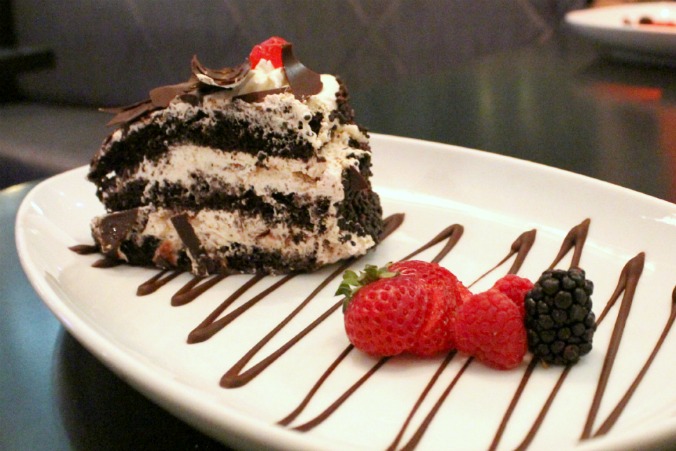 I love black forest cake so I was so excited to see Schwarzwalder Kirschtorte (which is black forest cake) on the menu. When I first heard they were made with maraschino cherries, I was a little afraid because I was envisioning a sugar soaked cake. However, it was surprisingly light, fluffy, and not overly sweet! It was PERFECT! If I wasn’t so full I would’ve gobbled the whole thing up.

Mosaic did a great job preparing this tasting menu and after speaking with Chef Heinrich, I absolutely cannot wait for the next one which will be inspired by Taiwanese cuisine! 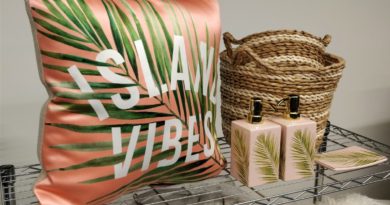 A Preview of the 2018 Spring/Summer PC Home Collection 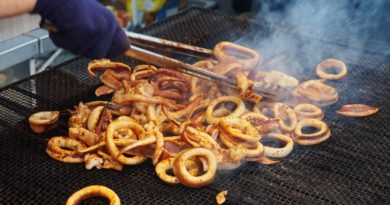 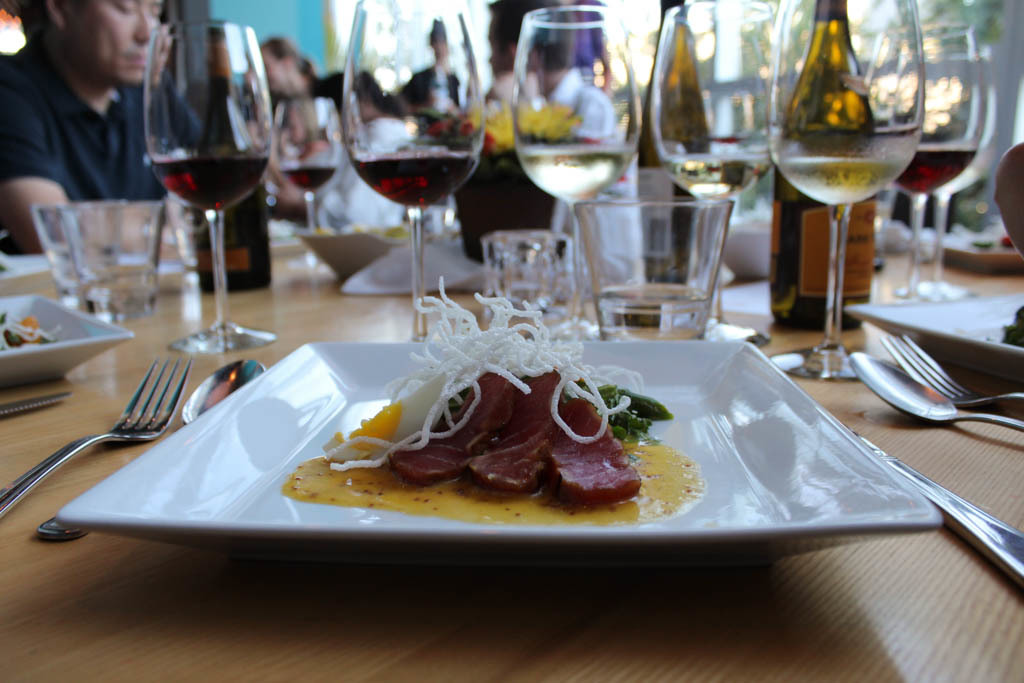