Skip to content
Dessert Healthy Misc Snacks
July 16, 2013January 16, 2016 admin 0 Comments
I know you guys want to know, when is the best time to go berry picking?? Well fear not, fellow civilians, I will give you approximate good berry picking dates so you can accurately plan your bff/couple day trips to the farm (scroll to the bottom of the post if you don’t want to read) 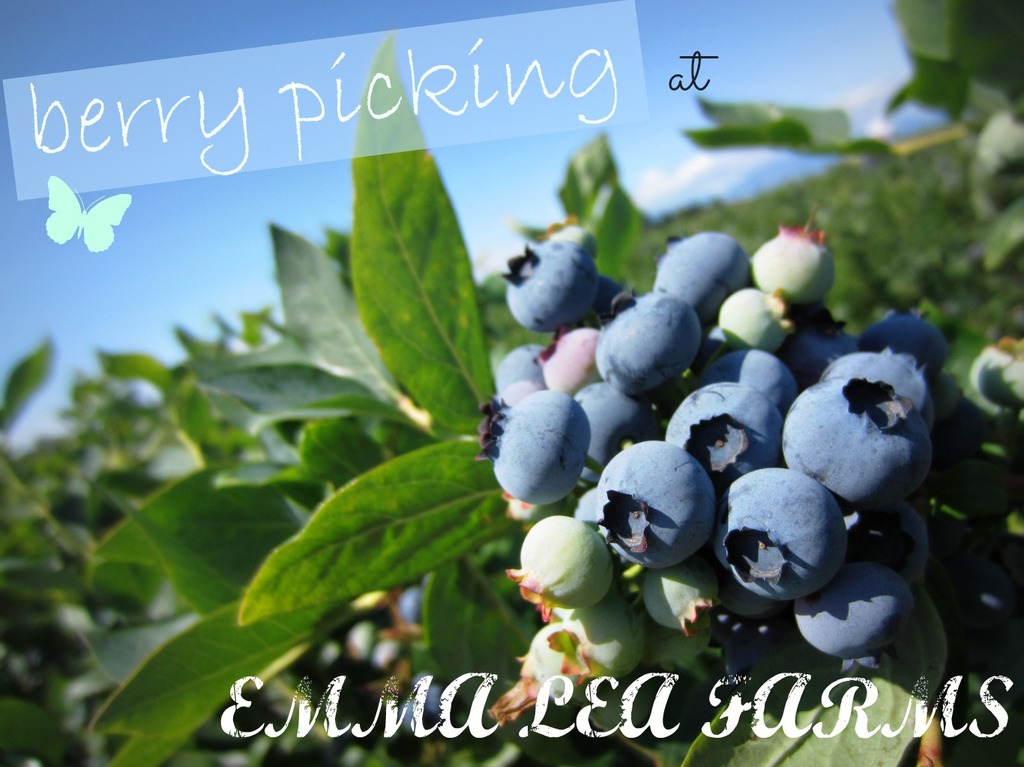 After a great recommendation from my Product Development Prof, I ventured to Ladner to find Emma Lea Farms with Rae for a berry picking session. I went just last week and it was the beginning and peak of raspberry and blueberry season. 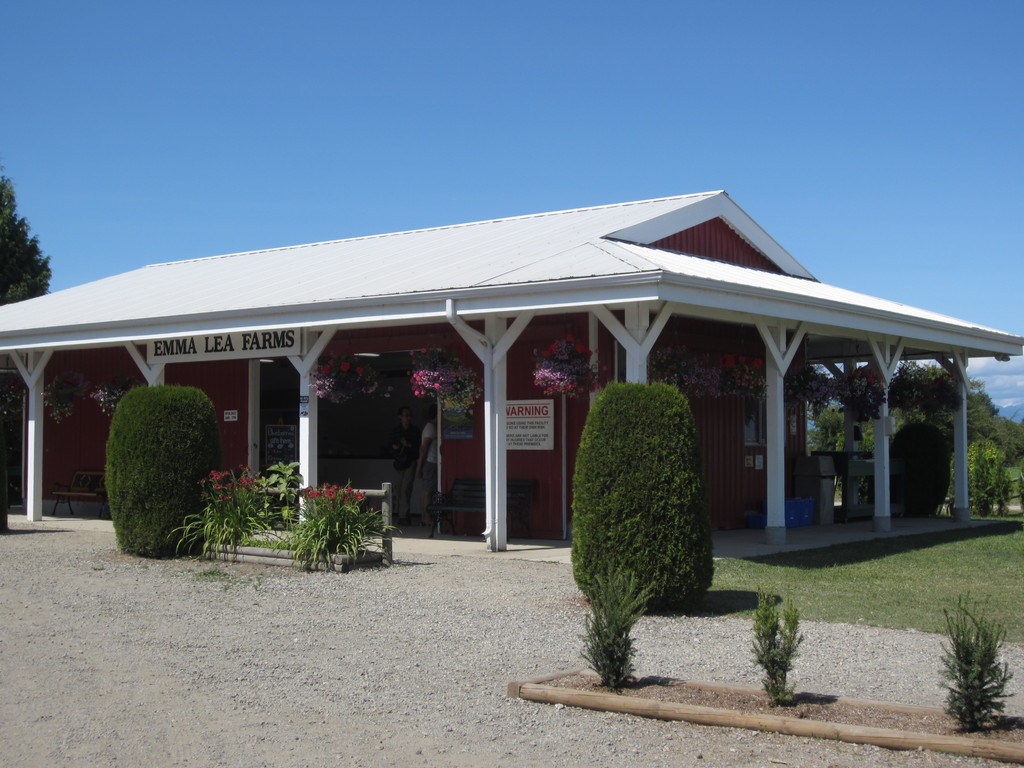 Emma Lea Farms is located in Ladner (below Richmond- I know some of you guys didn’t even know it could get farther than Richmond, am I right?:P) on a little island that you have to get to via a single traffic bridge. They are known to have a huge berry farm and are one of the more popular U-pick berry farms out there. 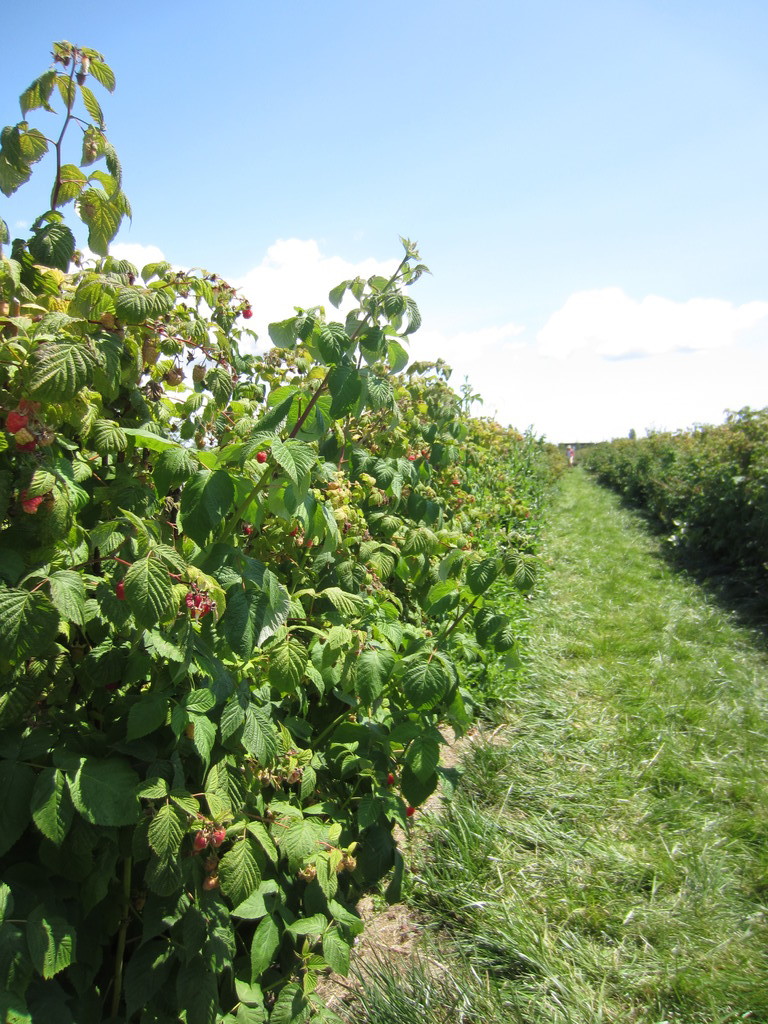 Rae and I started off with raspberries first. The U-pick raspberries were $1.75/lb at the time we went. 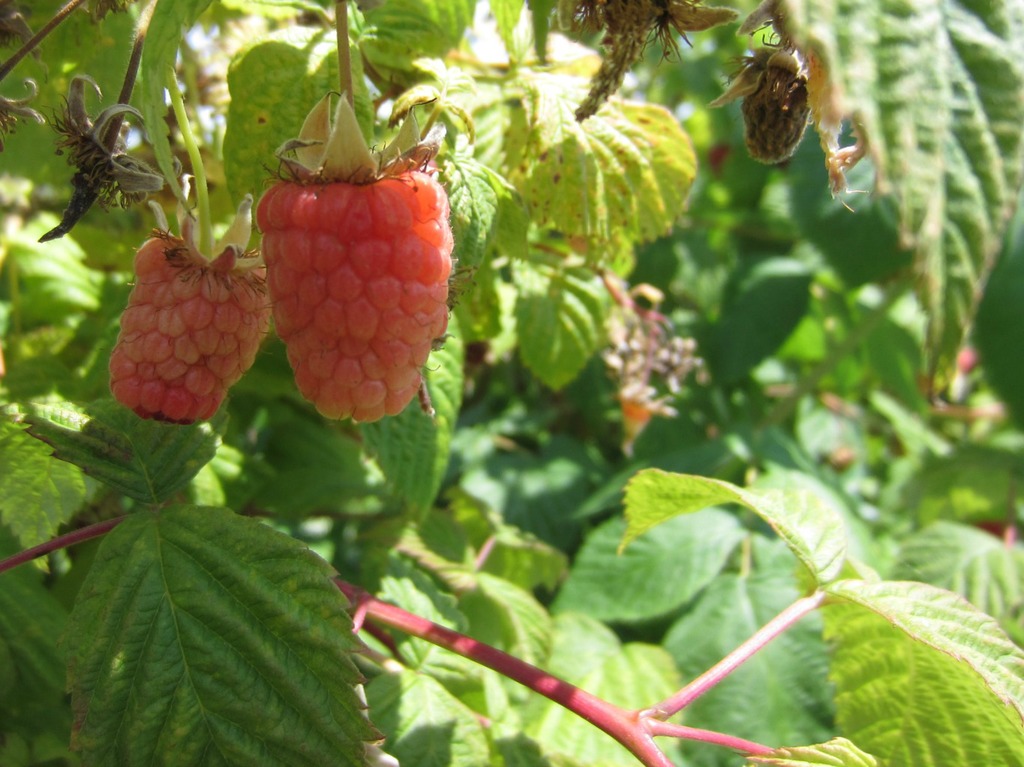 Many of the raspberries were a little pale so Rae and I dug long and hard to find the ripest, reddest, and most juiciest looking ones. Out of approximately 20 raspberries on a bush, maybe 3 or 4 made the grade.

After a good 2 hours or so, we both came out with a 4L bucket of fresh, aromatic raspberries. No pain, no gain, am I correct? 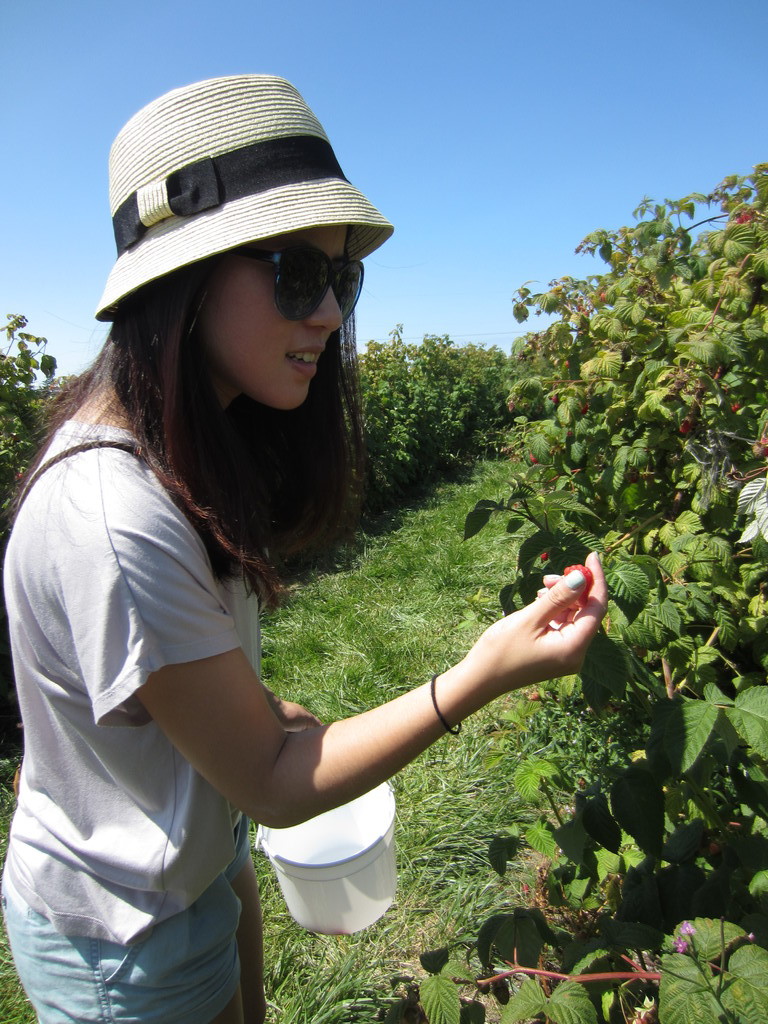 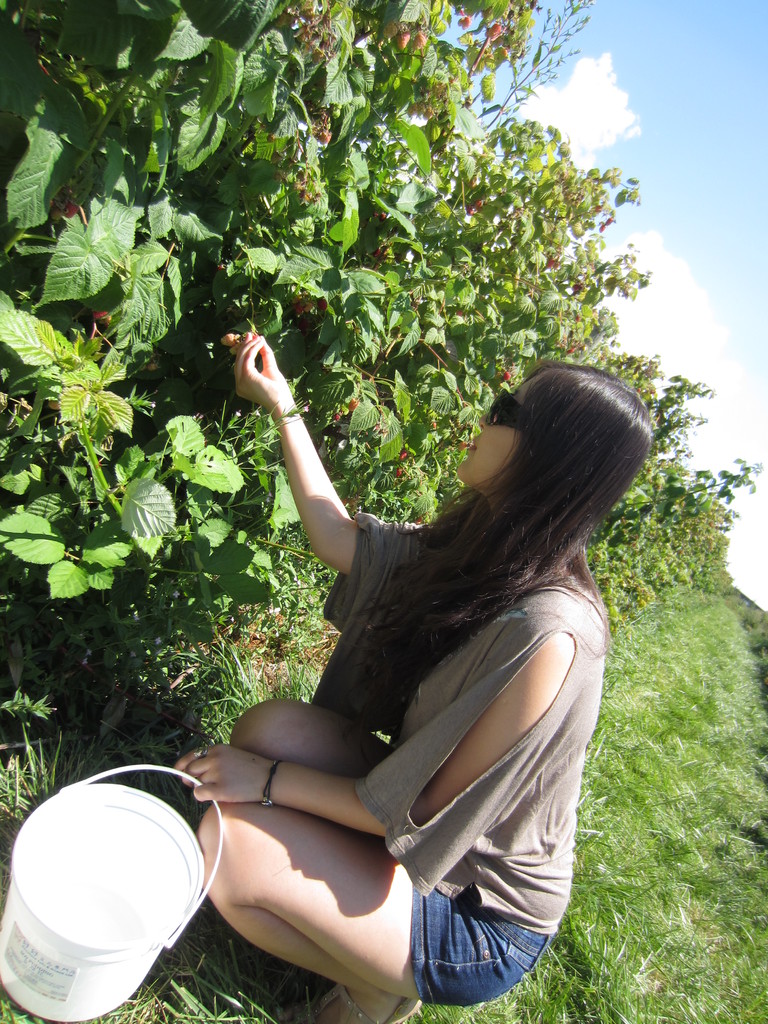 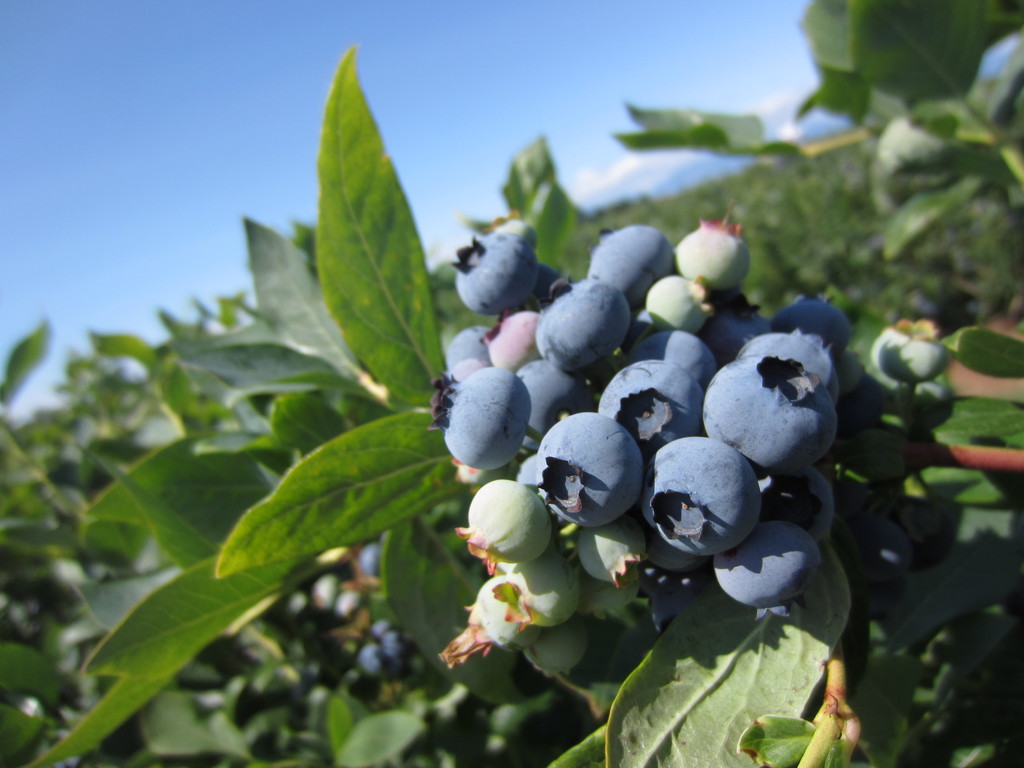 Next up were the blueberries. Because we went in the beginning of blueberry season, a lot of the blueberries were not as large and sweet as they could be. Still, we each managed to fill another 4L bucket full of those juicy babies. We only picked the large ones so most of them were sweet (booyah!). 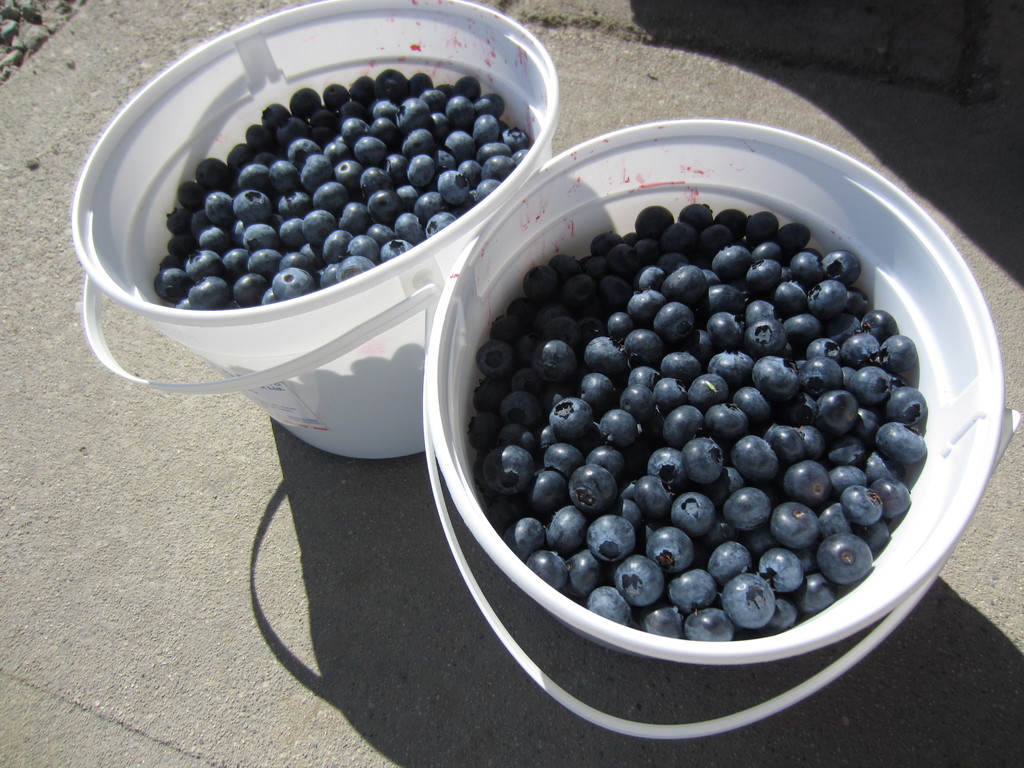 After another two and a half hours, this was our reward. In case you were wondering… yes, we spent 4.5 hours picking berries that day. It was madness. 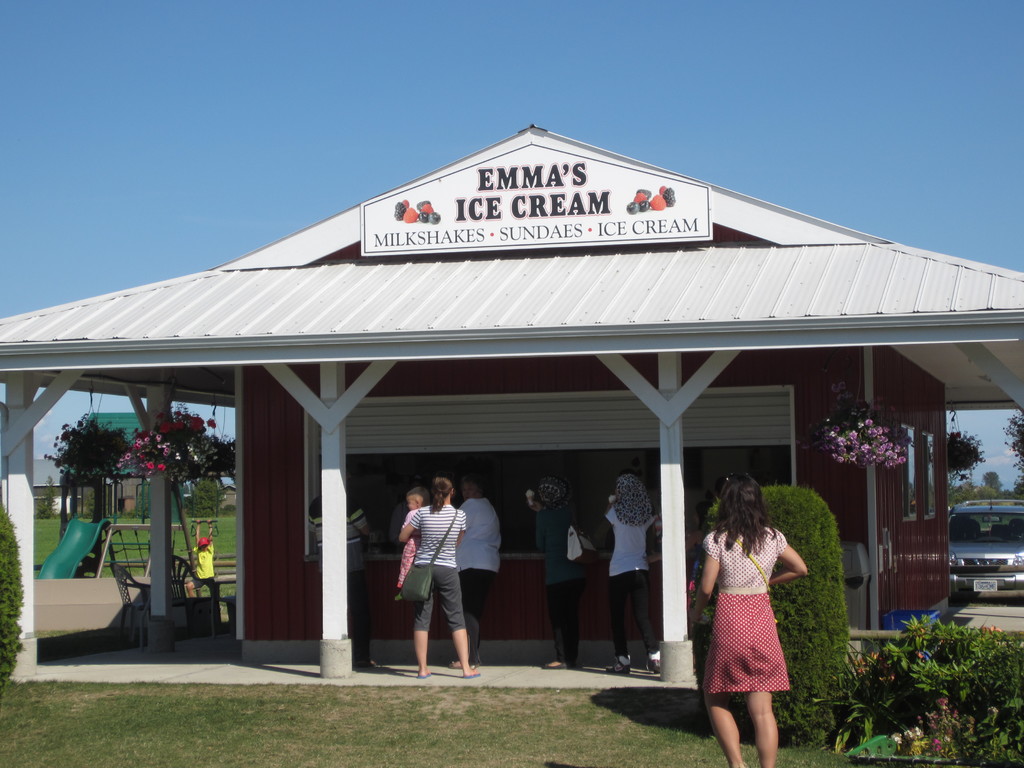 One cool thing about Emma Lea Farms is that they also have a side stand called “Emma’s Ice-Cream” where you can get milkshakes (blended with their freshly picked fruit), smoothies, ice-creams, and sundaes. After a day of hard labour, this is the perfect thing to wind down. 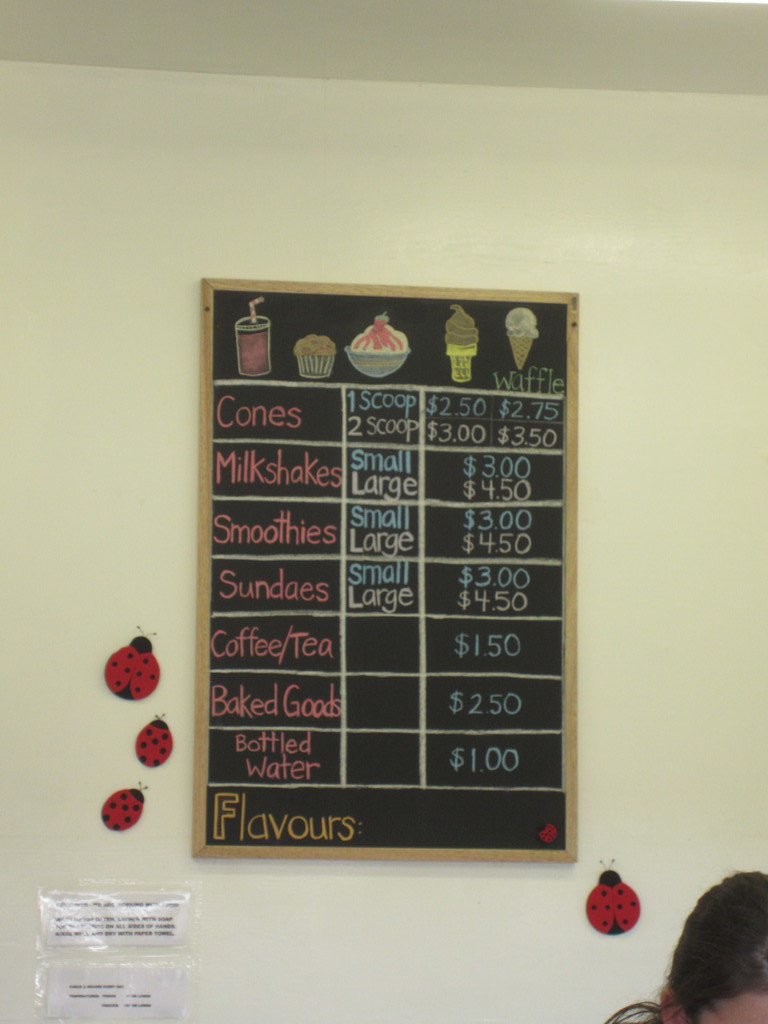 Their simple and uncomplicated menu. 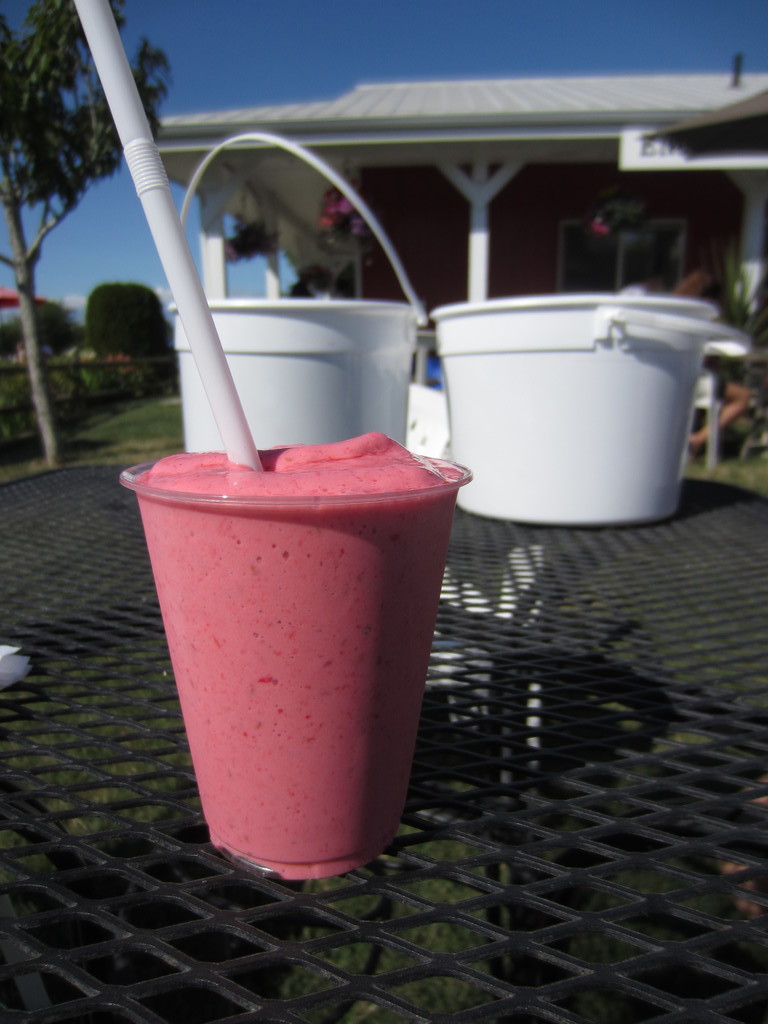 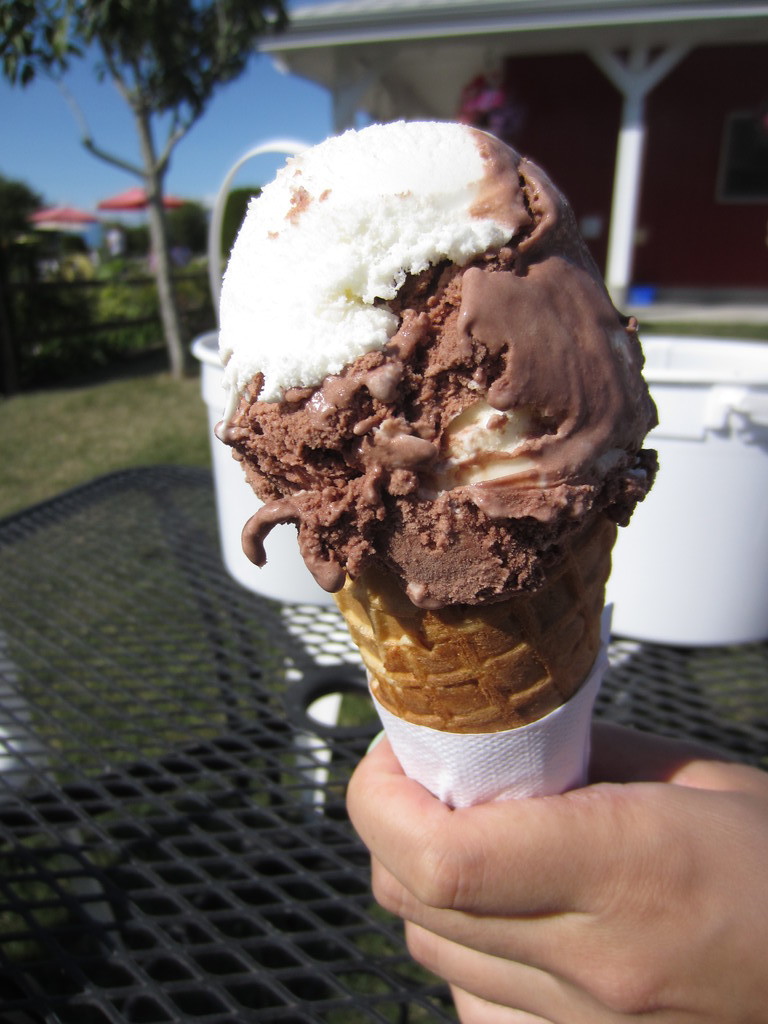 I ordered the Small Raspberry Milkshake ($3) and Rae ordered the 1 Scoop Twist Waffle Cone ($2.75). Mine tasted more like a smoothie because of the abundance of raspberries they added. Rae’s was typical ice-cream cone. She mentioned it tasted like Safeway’s ice-cream. 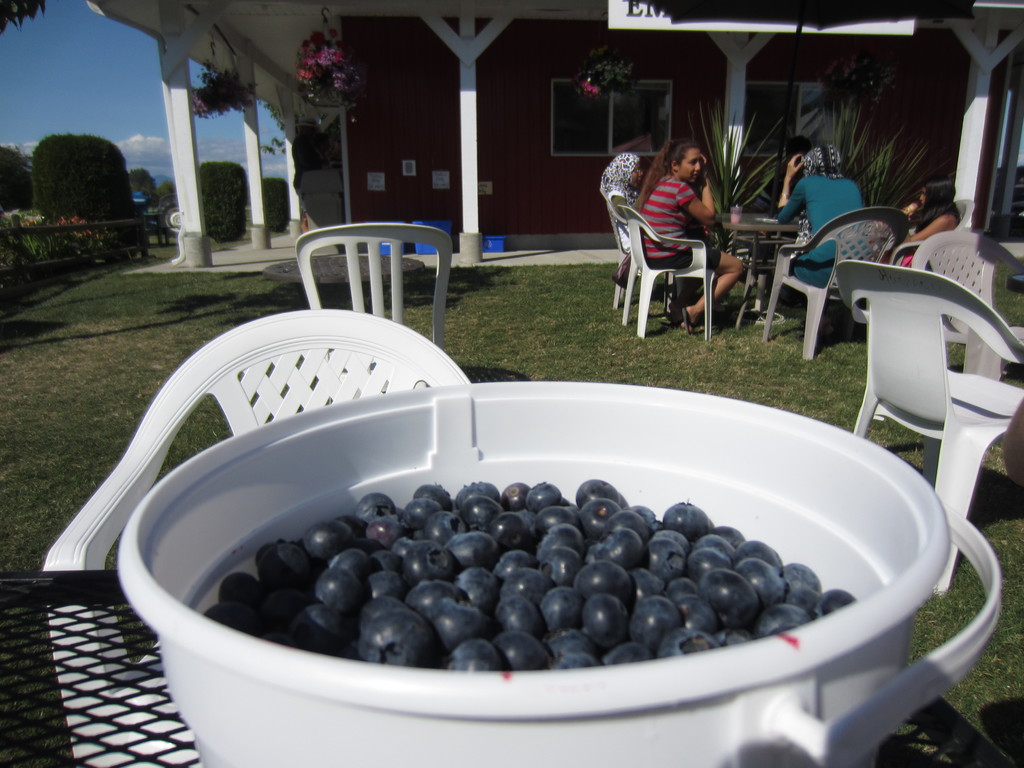 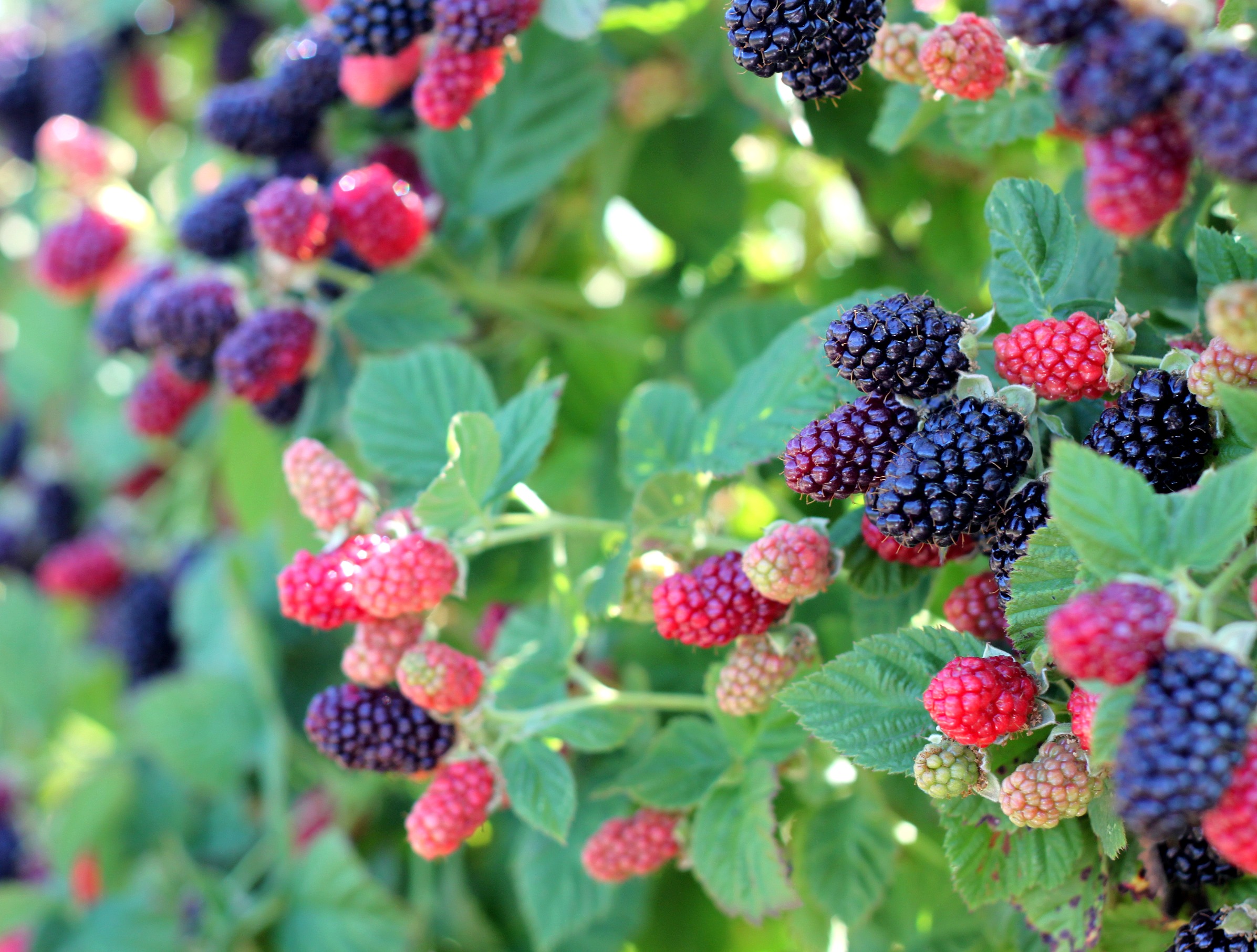 Cupcakes (Metrotown Location) – Mini Cupcakes are the Way to Go