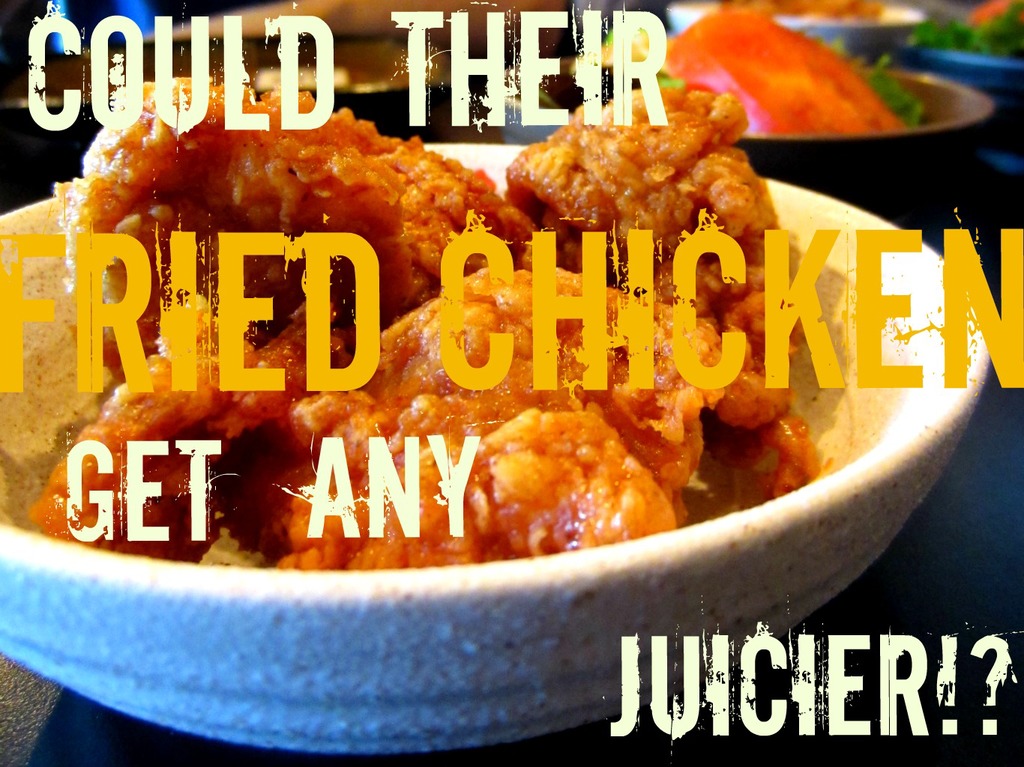 It’s located on Alexandra Road in Richmond, beside Cattle Cafe. 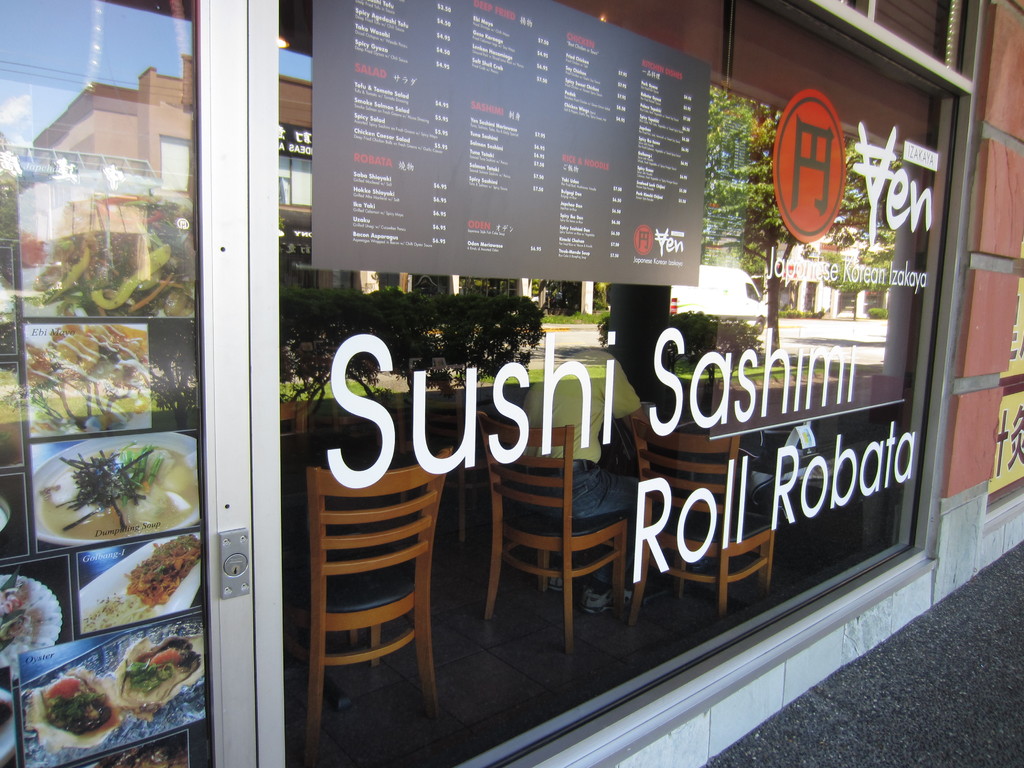 I’ve walked by a few times and it always looks really quiet so I assume not many people know about their grand opening. 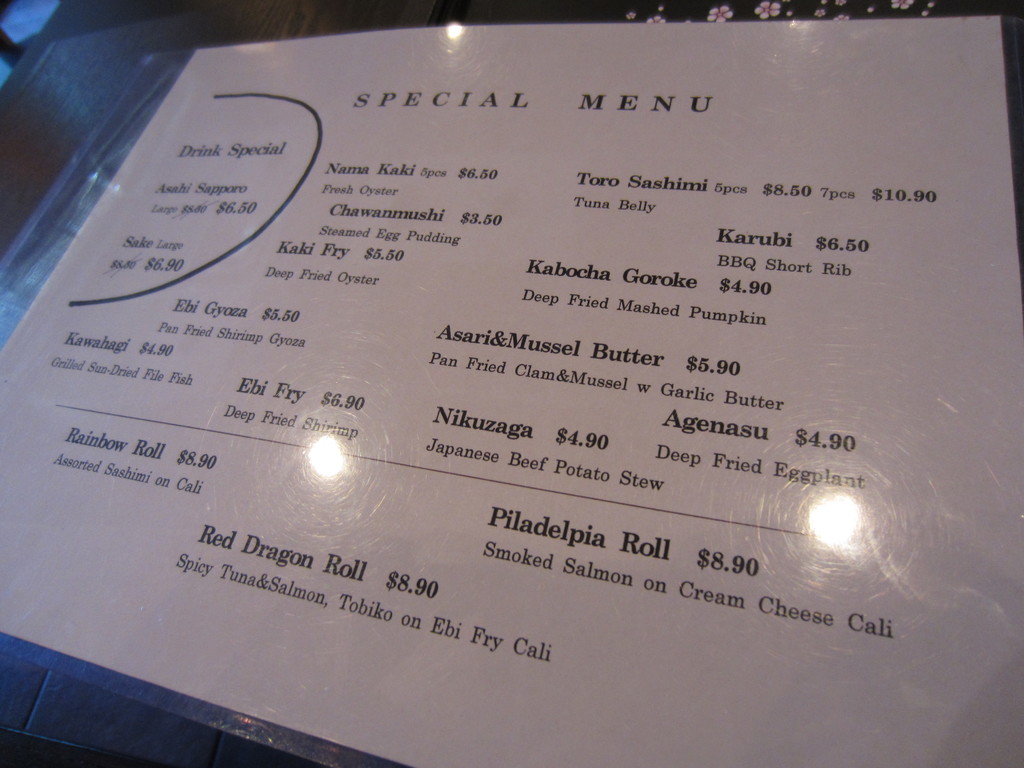 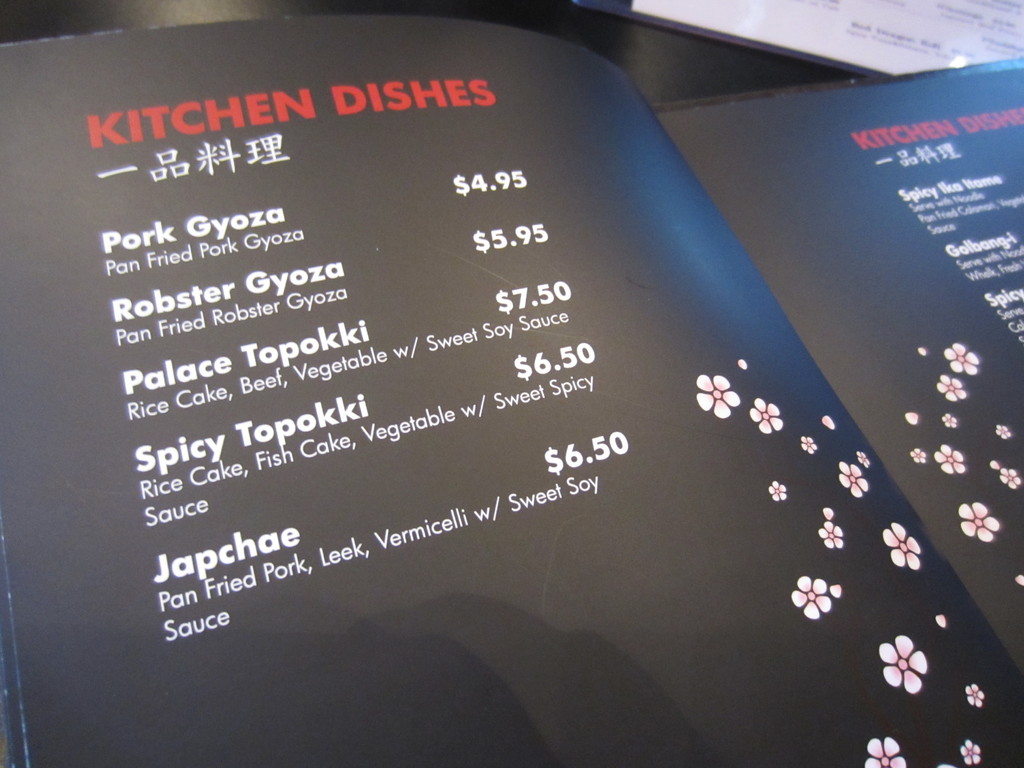 I was very excited by the Korean aspect of the menu because I saw they had Topokki/Dukkboki, Japchae, and other items I absolutely love. The prices are also extremely affordable as well. Compared to Haroo on the second floor in the same complex, this seems to be a cheaper alternative for Korean eats. 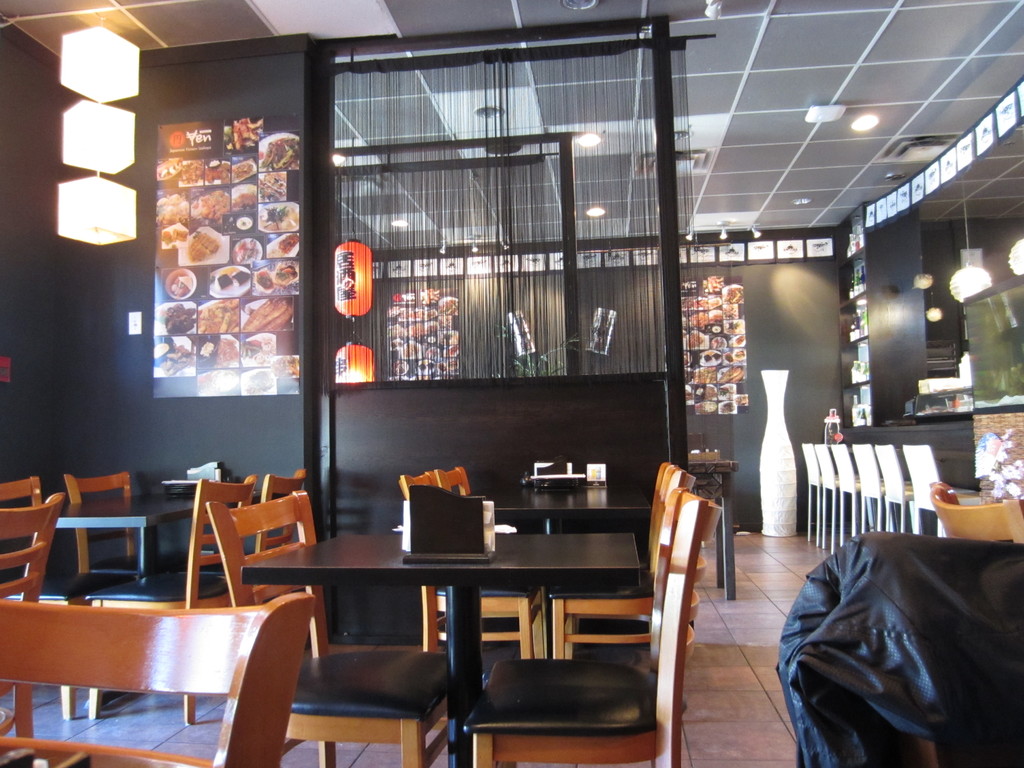 Their interior is pretty comfortable and stylish. They also have tons of photos on their wall if you enjoy visual menus more (I definitely do!). 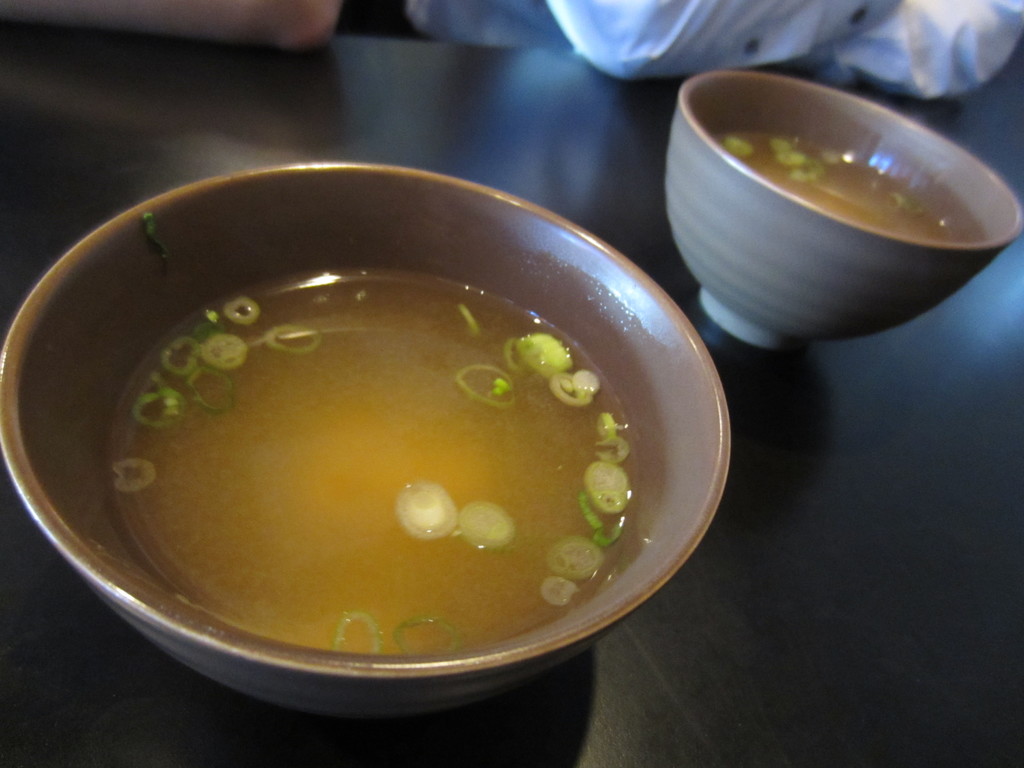 Kirbro got the Lunch Karubi Combo ($11.95) consisting of Miso Soup, Salad, Deep Fried Soy Chicken, and Grilled BBQ Short Ribs w/ Rice. Their miso soup tasted surprisingly better than a lot of other miso soups I’ve had in Japanese restaurants. I can’t put my finger on what specifically but my whole family agreed as well. 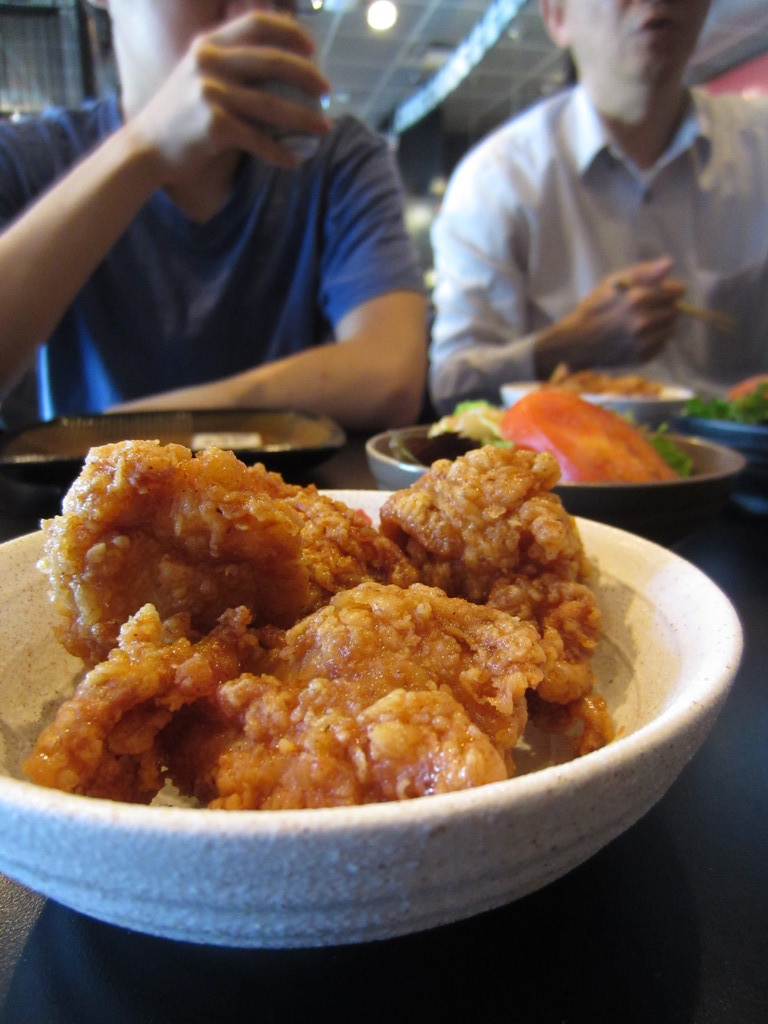 Before I came, Kirbro told me they had incredibly good fried chicken. I didn’t really think much of it but when I gave his deep fried soy chicken a try (can you believe it comes with his combo as a ‘side’?!), I was blown away. The title of my post is the exact thought that came to my mind when I bit into it. Could this chicken GET any juicier? So flavourful, so delicious. Just try it for yourself. 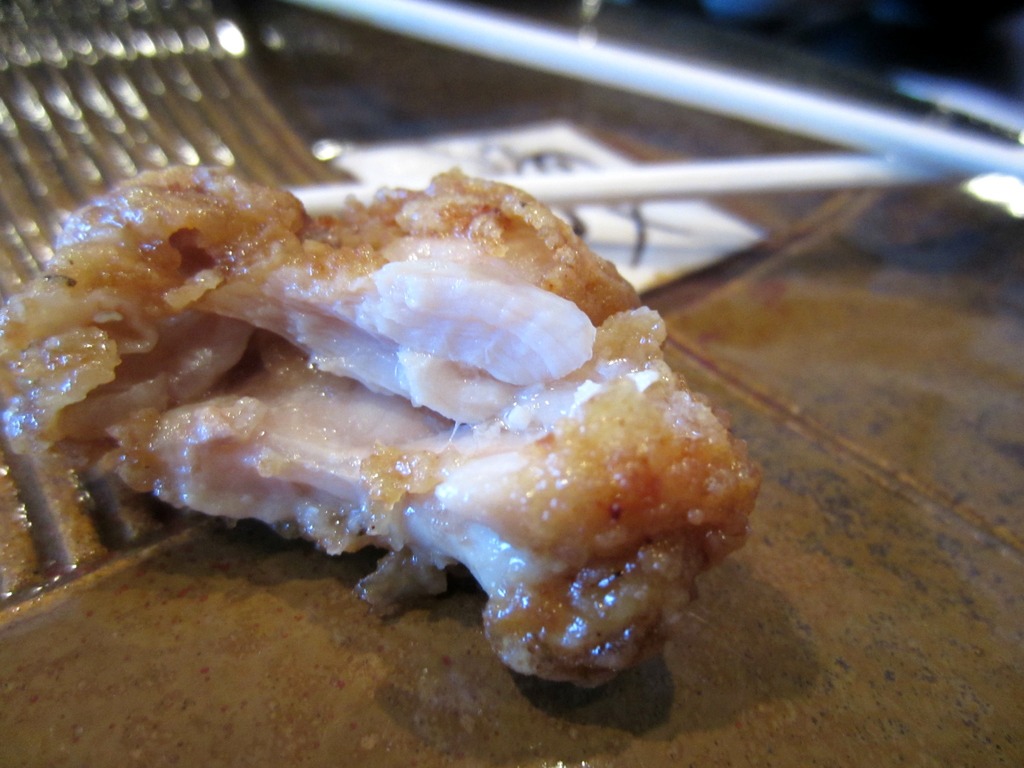 These soy chicken nuggets are boneless and I assume they marinate it for at least overnight because the flavour completely pentrated through and distributed evenly throughout the meat. This photo doesn’t even really do the chicken justice because it was a lot juicier than it looks right now.

The BBQ short ribs came in 5-6 pieces which fell a little short of filling Kirbro up. 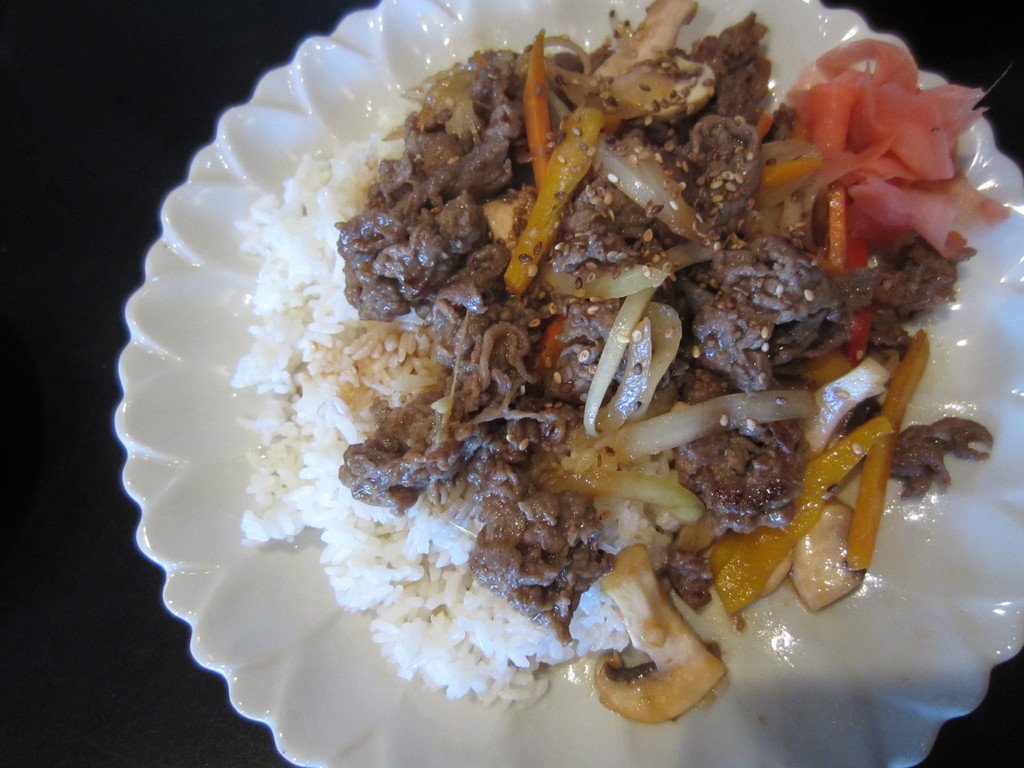 Kirma chose the super cheap Bulgogi Don ($6.50) which is a simple Korean style beef stir fry with rice. She enjoyed it and thought it was a pretty good deal for less than seven bucks. 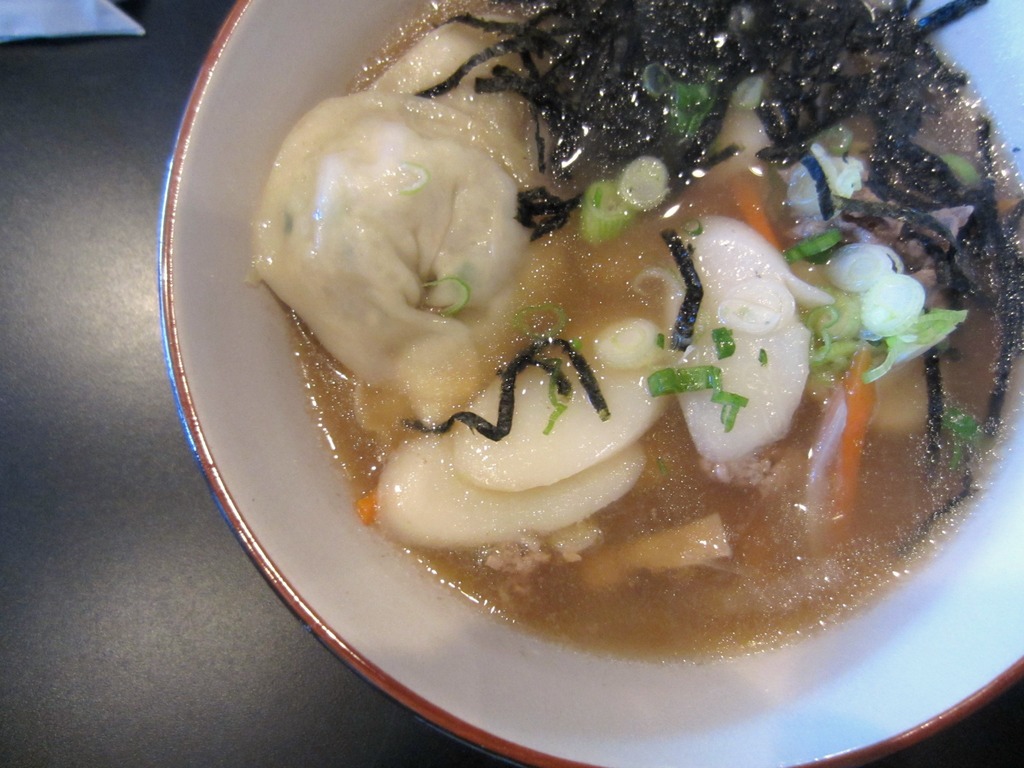 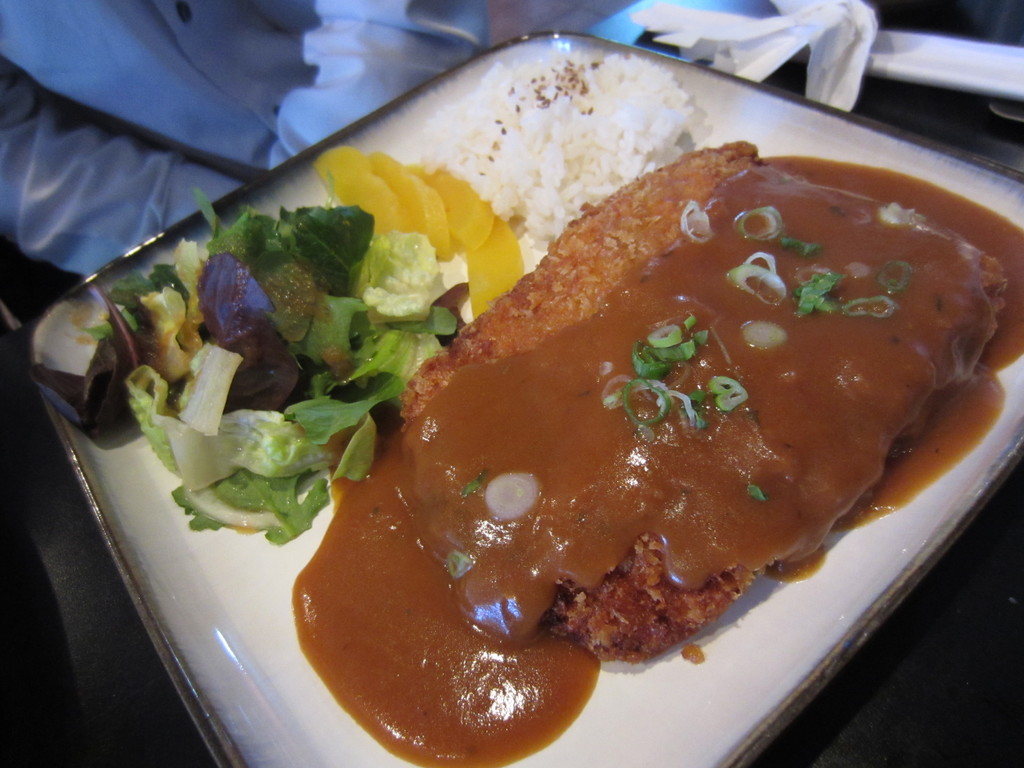 Kirpa chose the Tonkatsu Lunch Combo ($9.95) and it came with salad, a side of fried soy chicken, and miso soup as well. His fried pork cutlet was delicious but we found it odd that they didn’t cut it up into strips for us. We had to purposely ask for a knife to cut it ourselves. 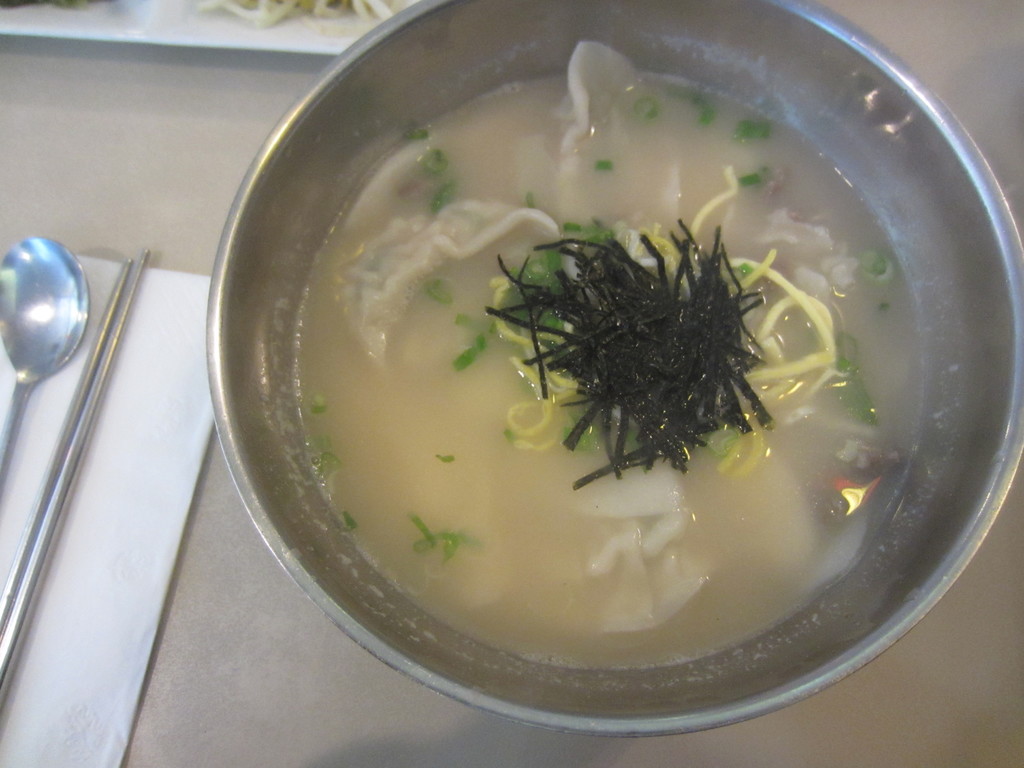 <– the one I had at Potter’s Garden