Makino Chaya is a Japanese style buffet located in Gangnam,
Korea. It is the richest area of Seoul and it is obvious when you walk
down the street. Cosmetic surgery advertisements everywhere…Louis Vuitton
everywhere… high heels everywhere… 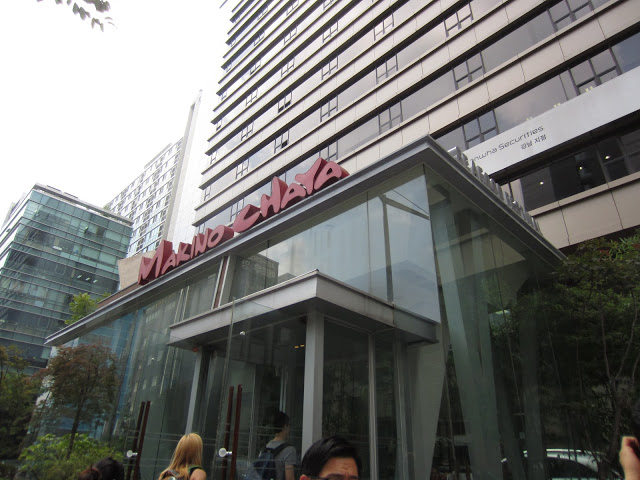 My friends and I decided to make the trip here from Anam
(where Korea University is located) to try out this buffet because we heard it
was pretty good. 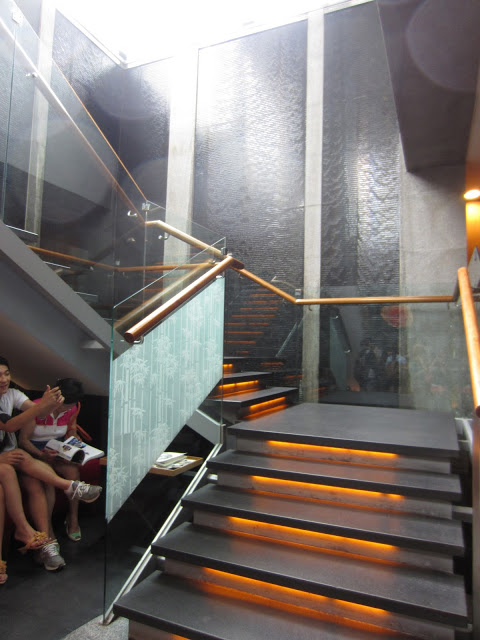 There is also another buffet on my to-eat list that was recommended to me by a
fellow friend/reader, Louis, called Bono-Bono Buffet in Coex Mall. Sadly, I haven’t
found the time to go yet. Maybe I’ll go sometime this week! 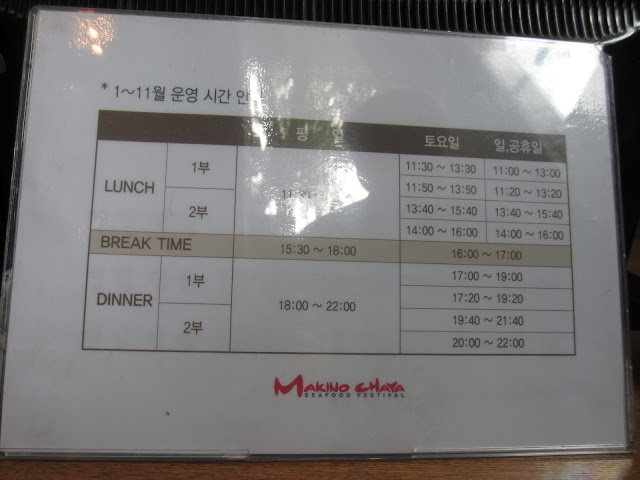 We went for lunch and unfortunately, we got there a bit
late. We arrived at 1:30pm and they said we could only stay until 3:00pm
because of the “break time” from 3:30-6:00pm. At first I was worried that an
hour and a half wouldn’t be long enough because I eat quite slow and like to
take my time getting seconds, thirds, and fourths…=.=, but it actually ended
up being okay.

The interior is very modern with very comfortable seating. 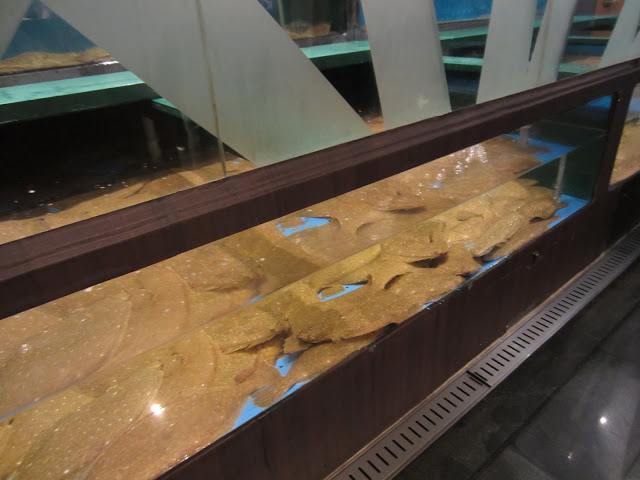 They even have a live tank! 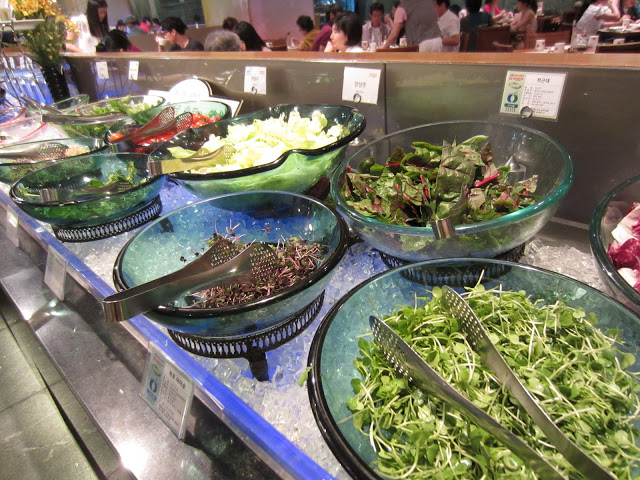 Their salad section was quite good with lots of variety. I
especially enjoyed the different kinds of sprouts that were offered. 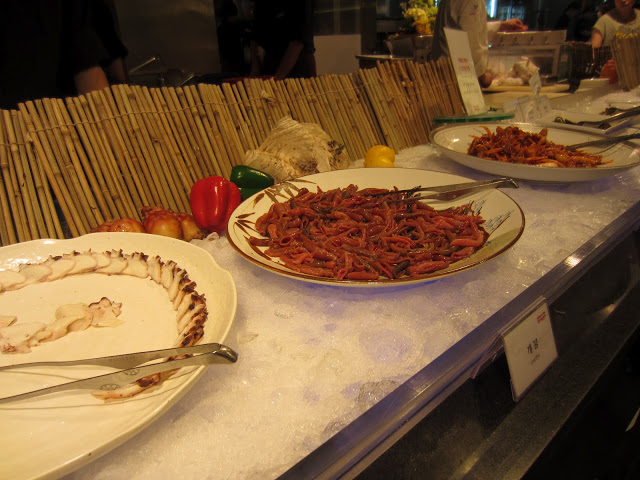 Here is some octopus sashimi (left) and weird looking ‘urechis’
(right).  The urechis looked really
creepy but I still attempted to eat one. But when I say attempted, I mean
actually attempted… and failed. Haha. It was too slimy and weird looking for
my liking.

I absolutely loved their kiwi and strawberry smoothies! 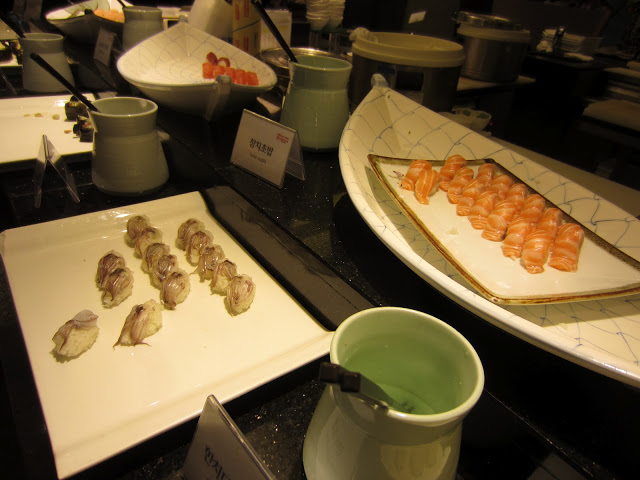 They had a decent amount of nigri sushi’s available including
the regular salmon nigri. The bottom one was squid leg nigri and I think I
actually liked that one the most! 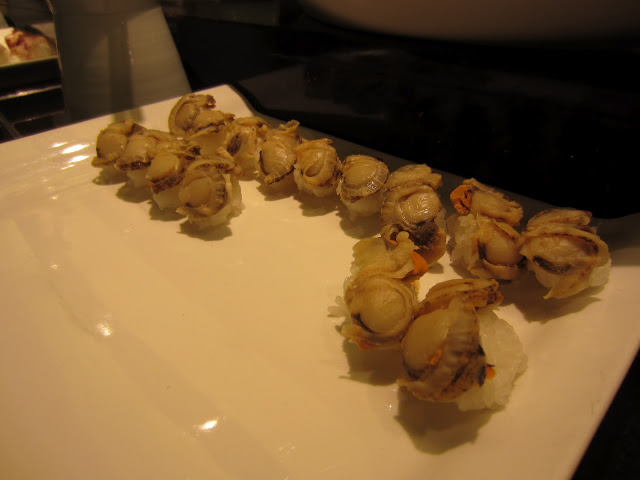 The scallop nigri looked so intriguing but it ended up
tasting mediocre. 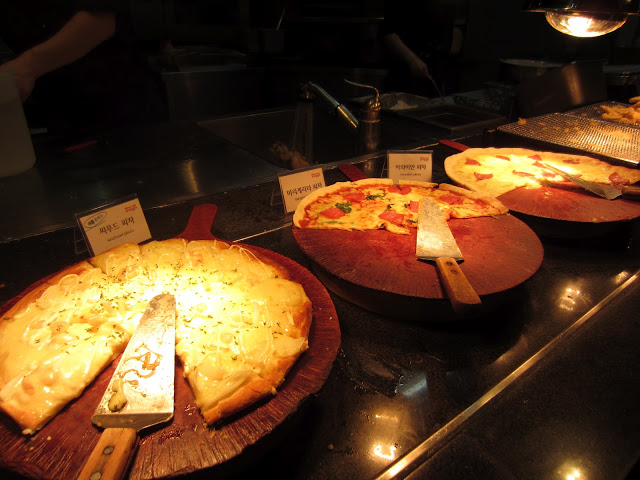 Seafood pizza anyone? Knowing that carbs will fill you fast,
I stayed clear of this section. 😛 I know. I’m one of THOSE people.  😛

This was my favourite item offered at Makino Chaya! Mini raw
crabs. They have a soy sauce/sesame/green onion concoction that paired nicely
with the salty fresh crab. 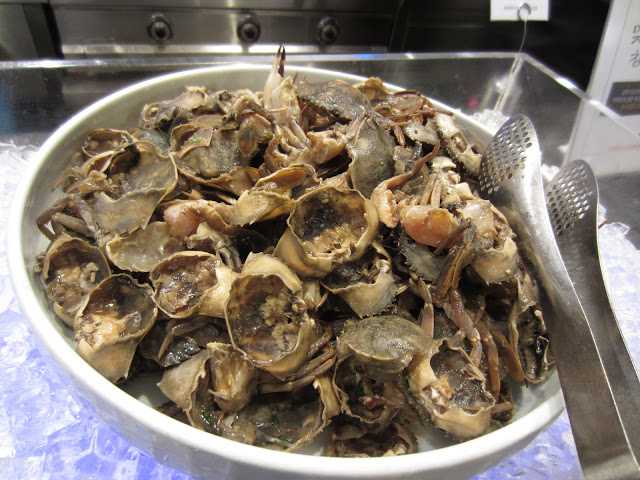 I realize this looks pretty freaky, but it was absolutely, positively delicious! If you don’t believe me, ask my friend from the
Netherlands! He has never had raw seafood before coming to Seoul and he enjoyed
this. He said it tasted like chicken. LOL I beg to differ, but hey, to each
their own. 😛 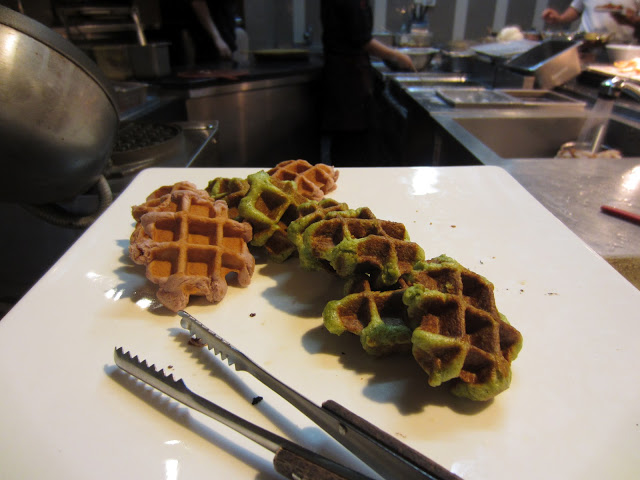 Their desserts were pretty western in that they had
cheesecake, brownies, pies, and fruits. 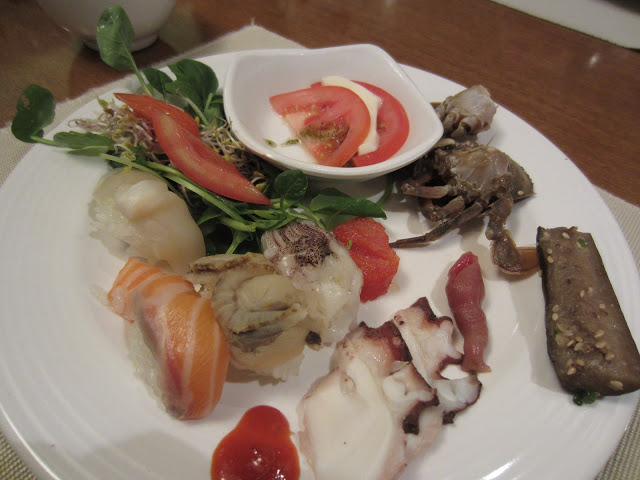 This was my first plate consisting of some veggies, raw
crab, and nigri sushi. 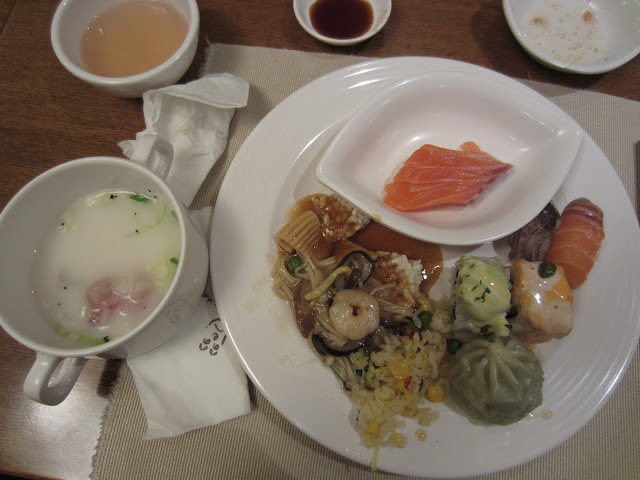 Looking for some variety, I picked up some hot food, sushi
rolls, sashimi, and a light soup. 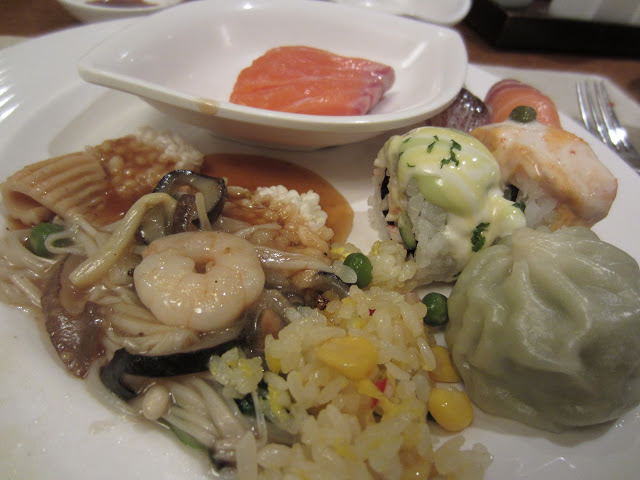 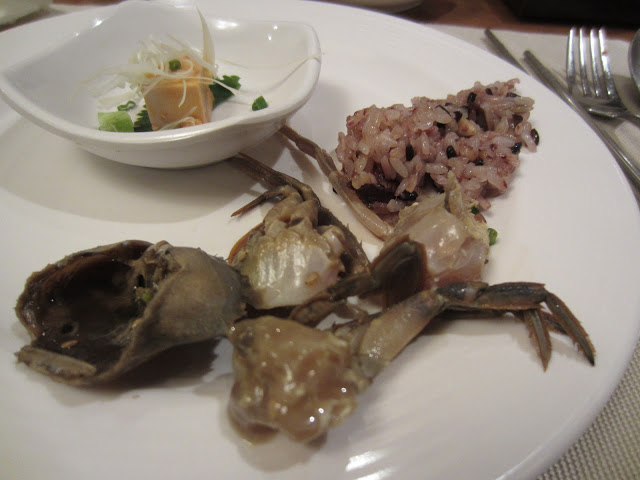 Obviously I was obsessed with the raw crab because I got it
again for my last savoury dish. The top mini plate consisted of monkfish liver
which I thought tasted simlar to pâte.

I felt greedy and picked up a lot of dessert. 😛 As always, I couldn’t finish it and felt bad after for taking so much. Their desserts
are nothing to rave about but are decent if you are looking for something sweet
to end your meal.
All in all, it came to 28,600 won per person (roughly $27 CAD) which I thought was very reasonably priced for such a high quality seafood buffet.
Happy Eating! 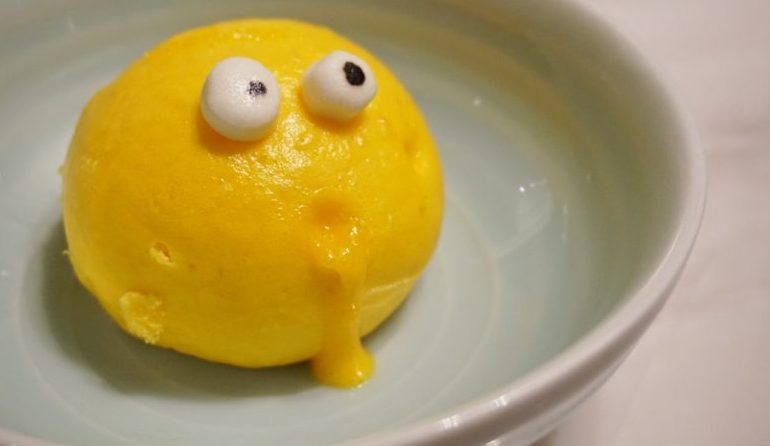 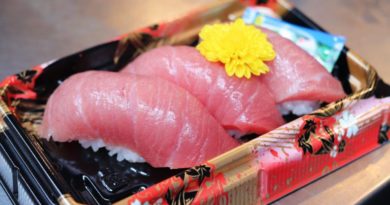