Just this past weekend was the annual EAT! Vancouver Food
and Cooking Festival. It took place inside BC place from June 1-3.

Tickets were $16 at the door for adults and that included
admission to everything inside. There were exhibitions, booths that gave out
free samples, and even celebrity appearances by Food Network’s Celebrity chefs! 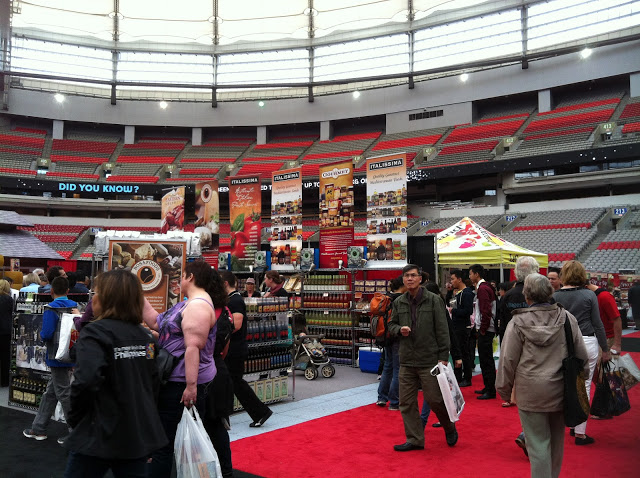 I went on Sunday (last day) and the place was packed. I didn’t
take many pictures but I did snap a few pics of booths that caught my
interest. Some exhibitors include McDonalds, Sabra, Blenz Coffee, Kitchening
& Co, Telus, and Patak’s. 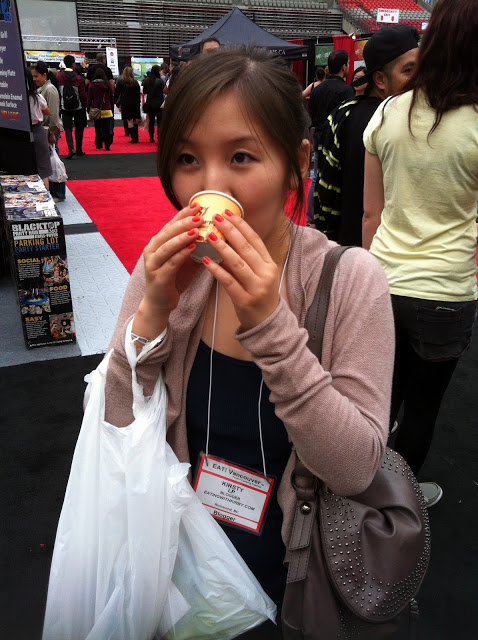 McDonalds was giving out free samples of fruit smoothies
and the sample sizes were huge! It got smaller as the day went on but still, they were very generous. In addition to McDonalds, I also loved Blenz’s booth
because they gave samples of their matcha lattes and famous hot chocolate.
Clearly, I was very much enjoying my latte here. 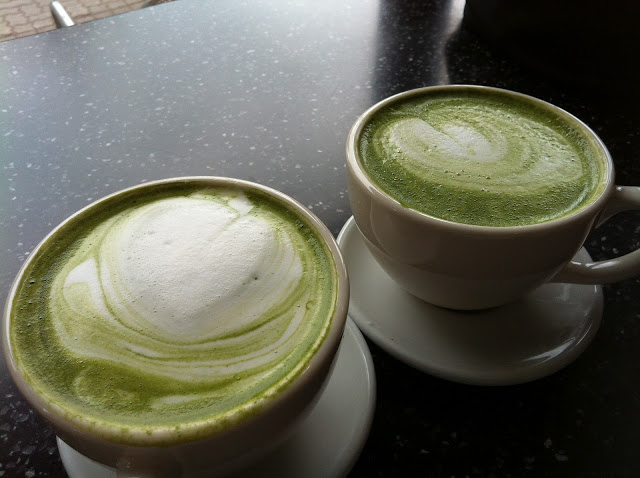 Blenz also gave out a small coupon book for people who
visited the booth and I just so happen to use the buy-one-get-one-free coupon
on the same day for two deliciously fragrant matcha lattes! 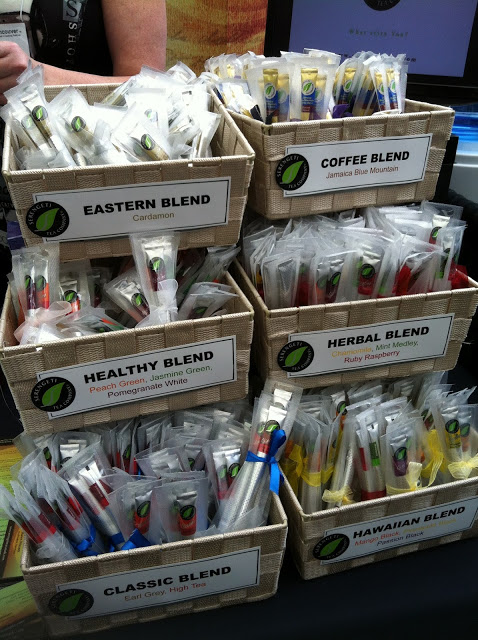 One booth in
particular that I found interesting was the “Serengeti Tea Company”. They
specialize in tea and coffee sticks that require no tea bags, loose tea leaves,
or spoons. They had many different kinds of teas to choose and sample from
including Pomegranate White Tea, Mango Black Tea, Earl Grey…etc. 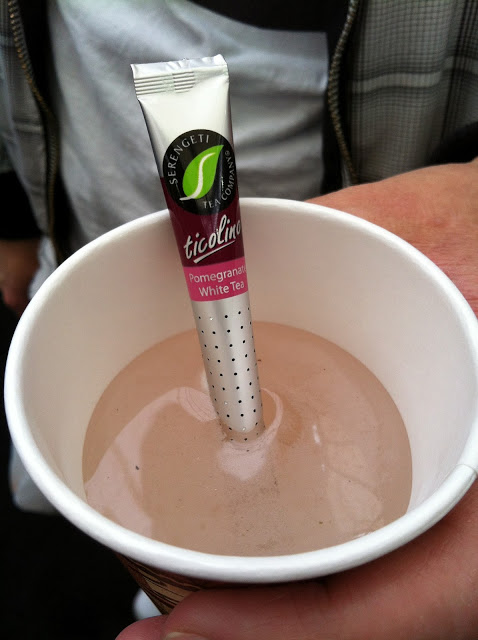 I chose the Pomegranate White Tea as it was recommended by
the lady at the booth. At first I didn’t know if it would actually work but as
I kept stirring and stirring…

…the tea leaves began to diffuse into the water and I had
pomegranate white tea! The flavours were a bit mild for me but I see this as a
convenient product to have for people always on the go.

The Sabra booth was another one that caught my eye as they
provided large samples of their hummus and salsa.

I asked for the roasted garlic hummus and chunky salsa on my
stacy’s pita chips and both were absolutely delicious! I never cared too much
for hummus before but I might actually start buying some starting now… 😛 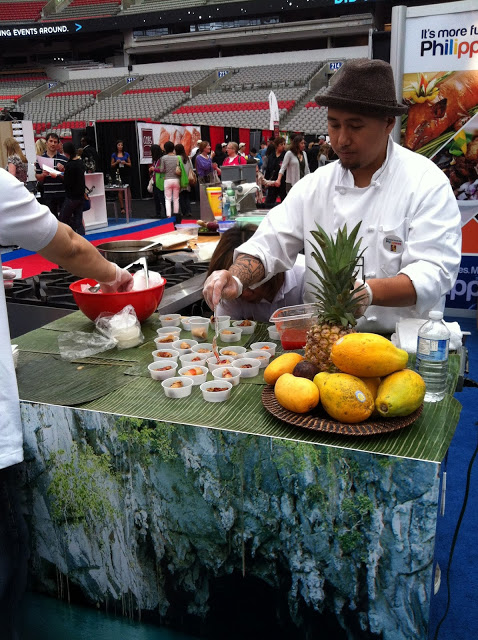 The last booth I want to mention is the Philippines tourism
booth.  Initially, the only reason I
stopped at their booth was because they were attracting quite a huge lineup and
I was curious! However, once I saw what they were giving out as samples, I
instantly stood in line. 😀 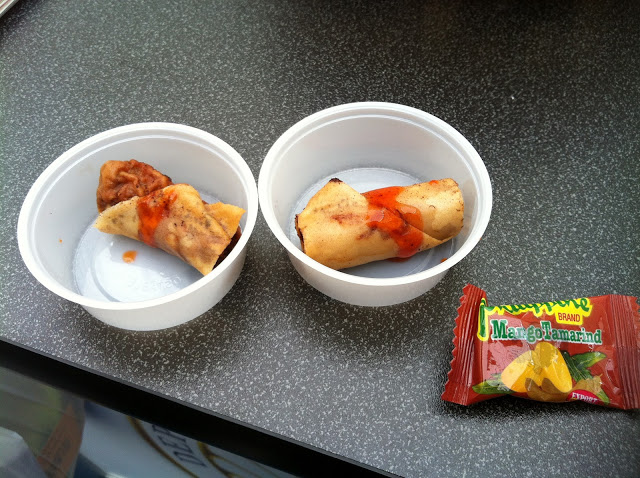 Lo and behold, they were giving out samples of freshly fried
lumpia with banana ketchup! I would want to visit the Philippines just to eat
their food. 😀

Overall, I had a great time at EAT! Vancouver festival and I’d recommend any foodie to come and check it out next year! 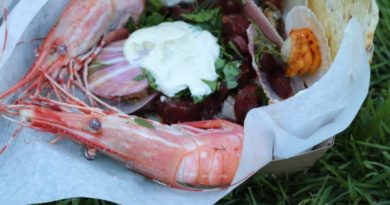 4 thoughts on “My Experience at EAT! Vancouver Food + Cooking Festival 2012”