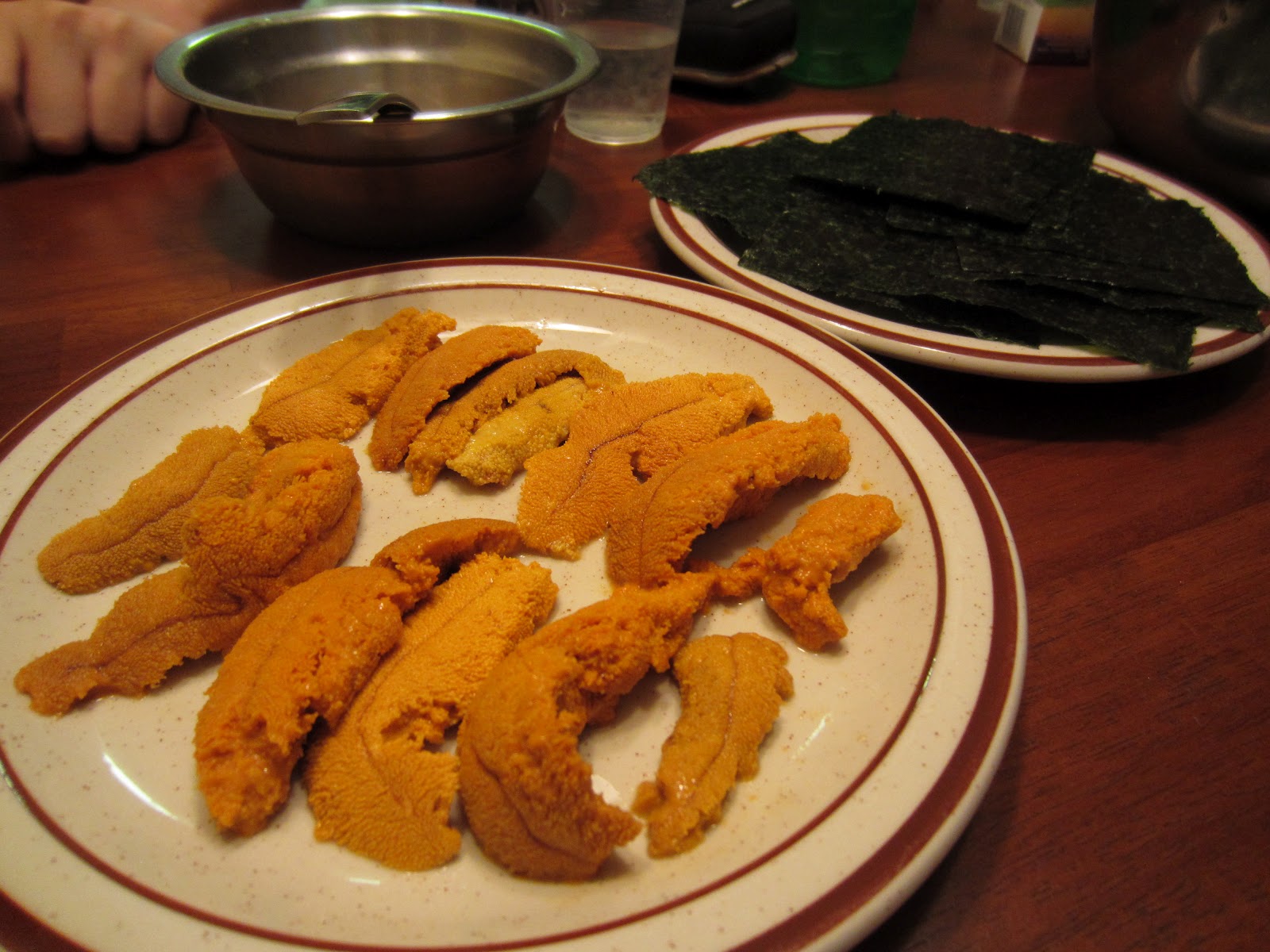 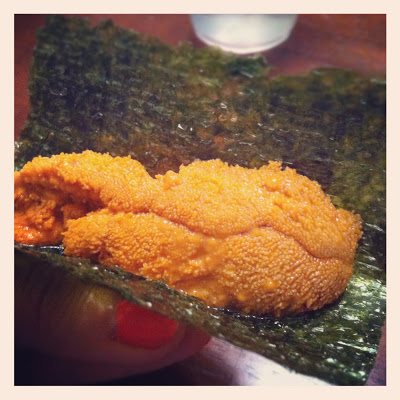 Since it is spot prawn season, my friends and I took the
opportunity to have a seafood night starring spot prawns! We were spontaneous so
we just bought whatever seafood we wanted along the way. This spontaneity was
rewarded with some delicious uni (sea urchin). 😀 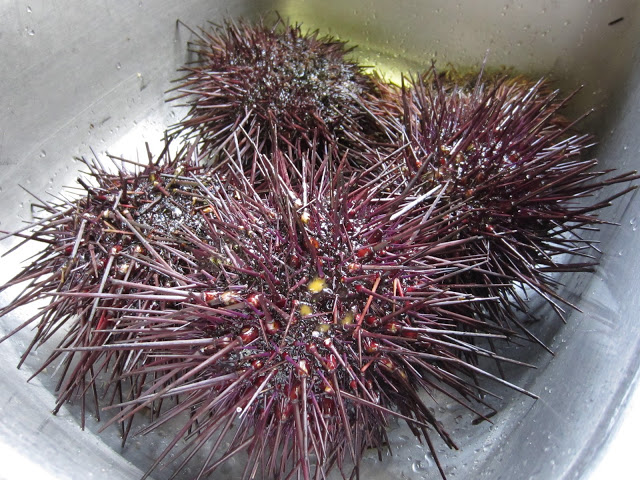 We first wanted to buy spot prawns at Steveston but they
were all sold out by the time we got there. We saw people selling sea
urchins (3 for $10) and I was instantly drawn to the stall. I was intrigued yet creeped out by the spiky looking
creatures and I ended up convincing my friends to give it a try with me.

The fishermen were really nice and gave us five instead of
three sea urchins. They were live and still moving right before we cut it. 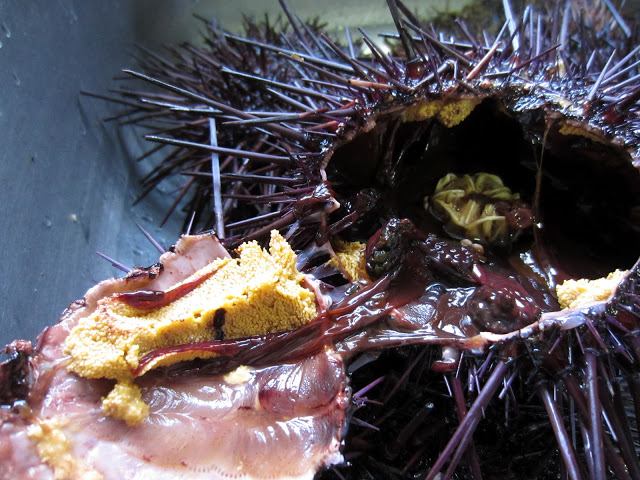 None of us had any idea how to open and clean sea urchins so
we just watched a youtube video. 😛 They made it look really easy but that clearly was not the case! Our first one was a fail and the delicate uni that
laid underneath all that gunk were damaged. 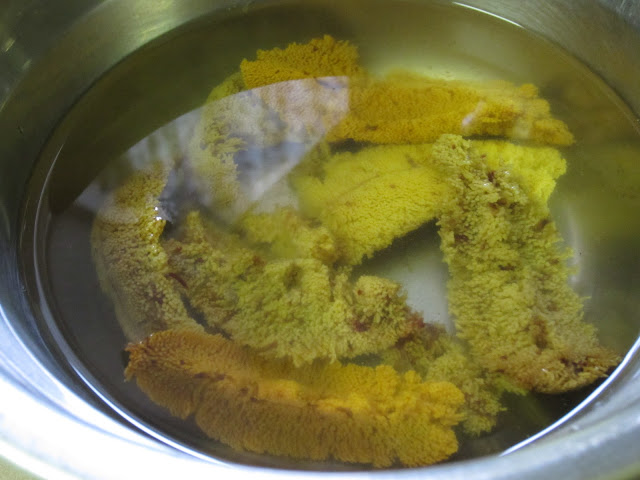 Good thing we had four sea urchins left. We eventually got some pretty good looking pieces out of there. 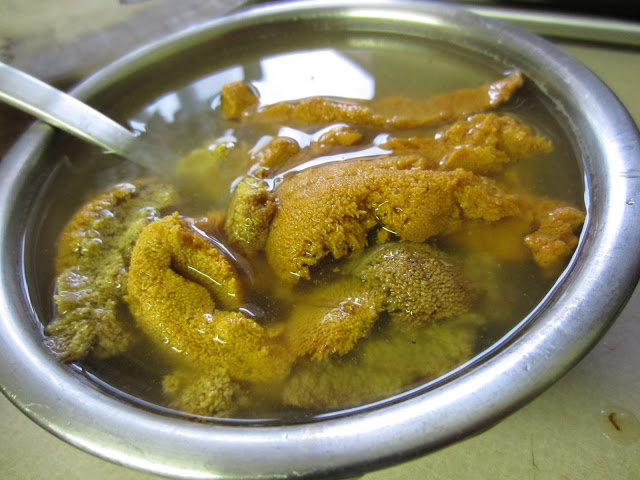 We had to wash the uni at least five times because they were
sooooo dirty. Honestly, the labour involved is incredible. It took us around 1-2 hours to get all the uni out. X.X 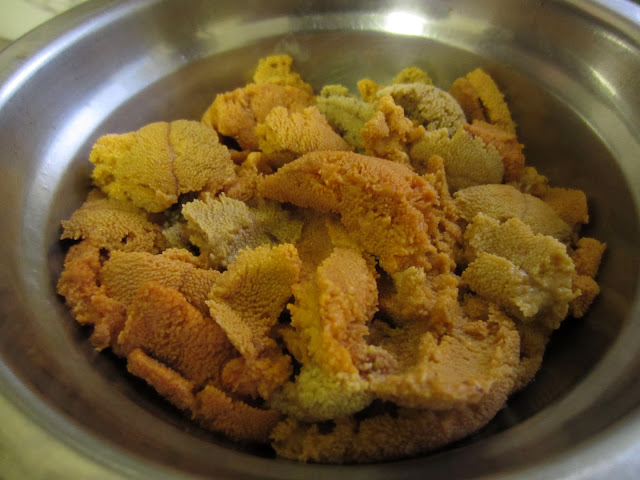 After their numerous baths, our uni looked quite dashing!

Now came time to cook the spot prawns. We bought them at
PriceSmart for $10.88/lb which was very reasonably priced. 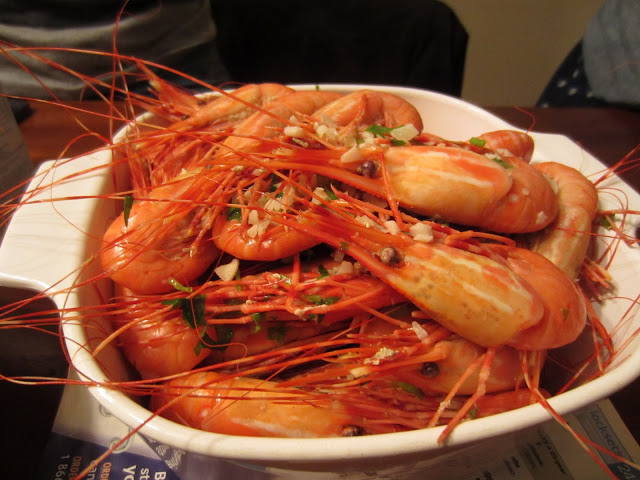 We had a lot of fun cooking and dressing them in white wine,
garlic, and parsley. 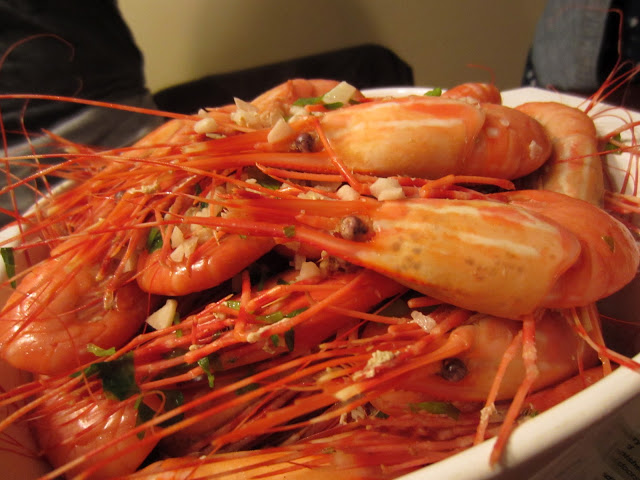 I have honestly never tried fresh spot prawns before and I
was absolutely amazed at how delicious it was! I never knew buying them
fresh would make that world of a difference! 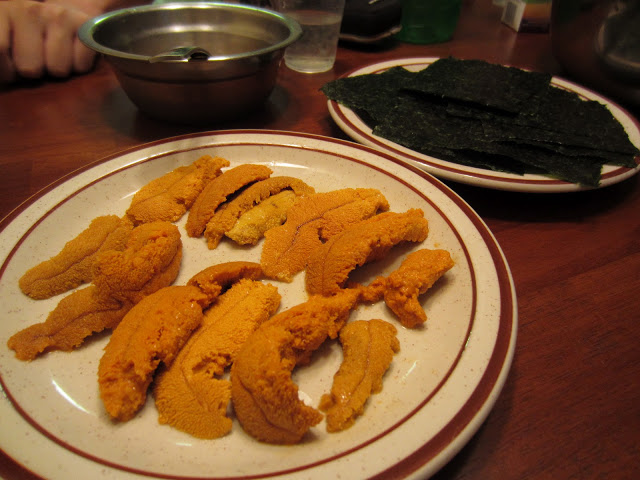 We ate the delicious uni with seaweed and soy sauce. Some of
my friends did not like the taste of uni and thought it was too “fishy”. I
totally agree in that it kind of tasted like the ocean (literally)… but I
liked it! Uni is DEFINITELY an acquired taste.

To end off our seafood meal, we also bought four pounds of
fresh clams and we used the same ingredients (white wine, garlic, parsley) to
cook them. 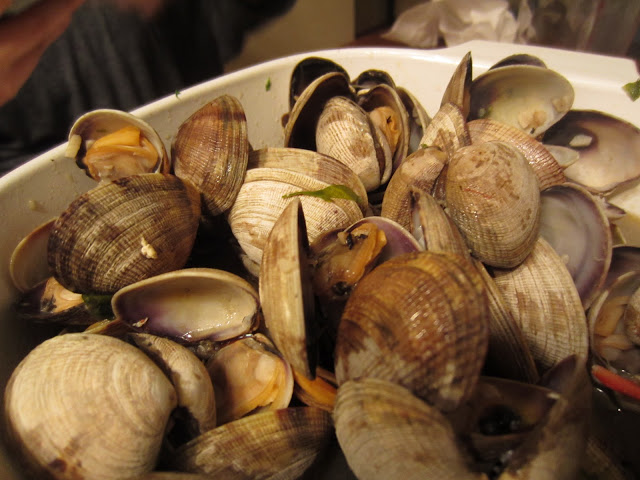 The clams were fantastic but the natural salt from the clams
made our broth especially salty. They were delicious nonetheless.
Our seafood meal was a bit expensive but well worth every penny. I can’t wait to have spot prawns again! Try them out before the season is over!
Happy Eating! 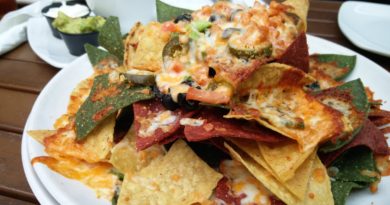