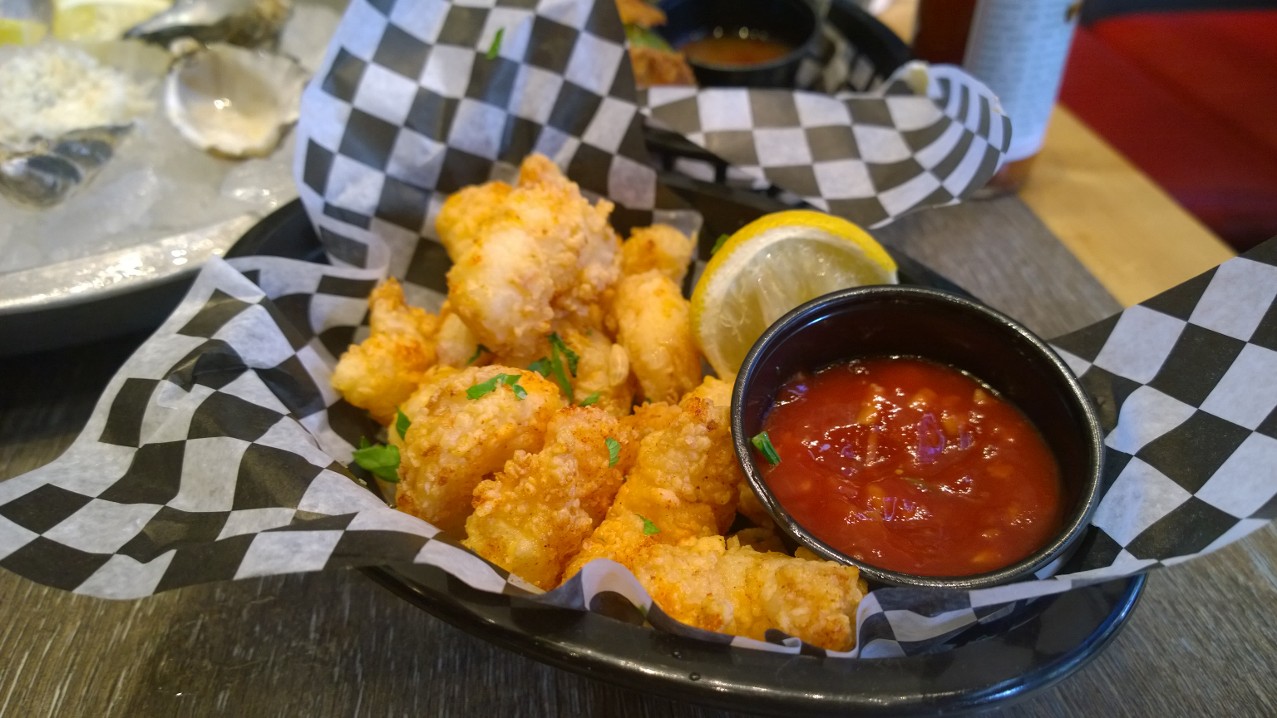 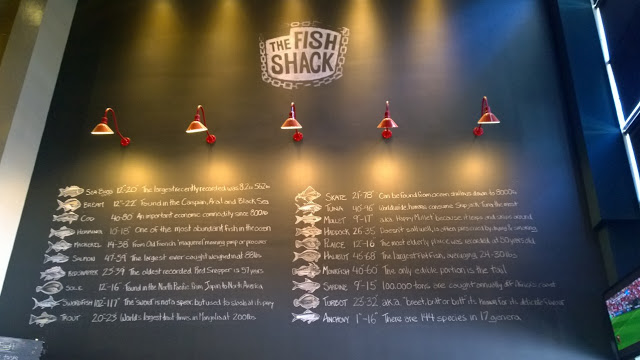 Meta Knight and I came on a weekend around 2:45pm not knowing we were 15 minutes away from the Happy Hour Special where select items are 50% off. Luckily the waitress told us and we were able to save some monies. 🙂

Kusshi oysters are always around the 3 dollar range and they NEVER go on promo, so Meta Knight and I flipped out when we saw that it was part of the Happy Hour menu! 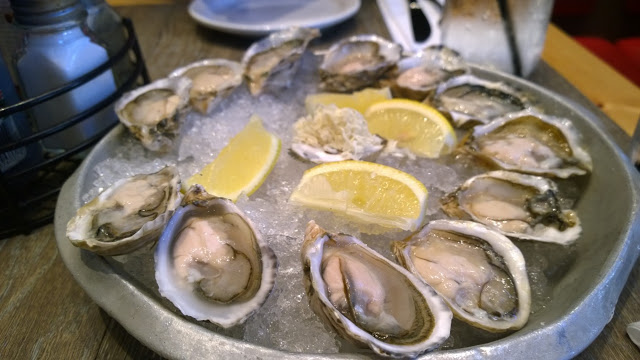 In total, we ended up getting 1.5 dozen of Kusshi oysters. They were soooo good! The oceany salt brine flavour is so much deeper than regular bay oysters. You’ve gotta try them. 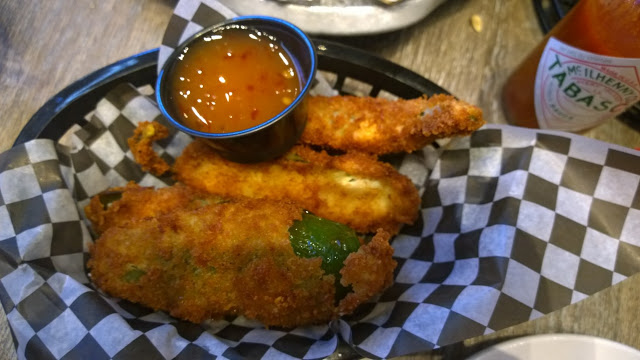 The Rock Crab Jalapeno Poppers were filled with 90% cream cheese and we barely tasted any crab. I definitely would not get this again. 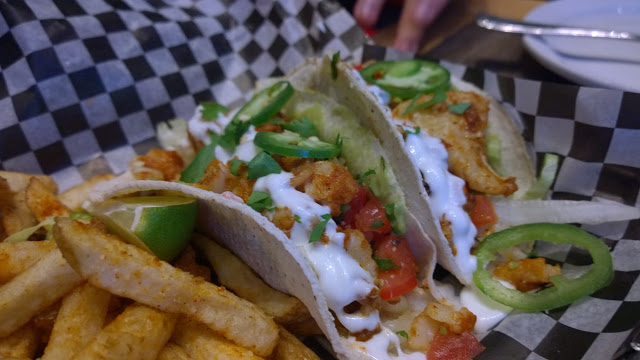 I actually had high hopes for the Creole Fish Tacos but they unfortunately let me down as well. The liquid from the fish all came out and made the tacos soggy. When we tried to pick it up, the entire taco fell through and made a big mess. 🙁 The fish itself was alright and nicely seasoned. 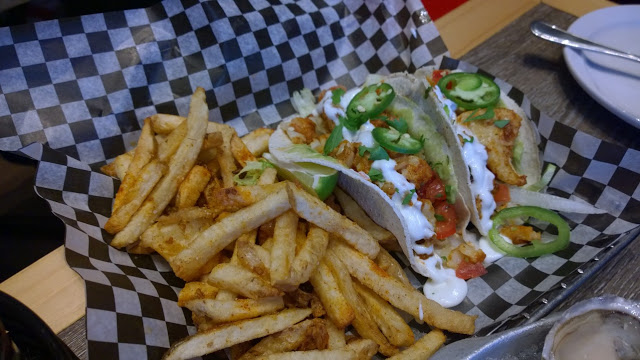 For 6 dollars during Happy Hour, this is of really great value. I just hope they tweak the recipe a bit or let the fish rest longer before putting it on the taco shell. 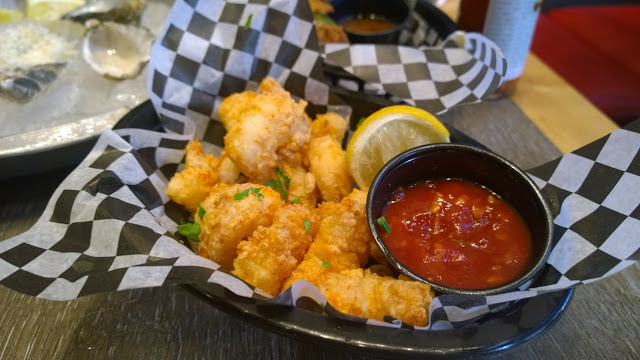 We quite enjoyed the Popcorn Shrimp! They were nicely battered and the shrimp was plump. The crispy shrimp from The Keg is still better though. 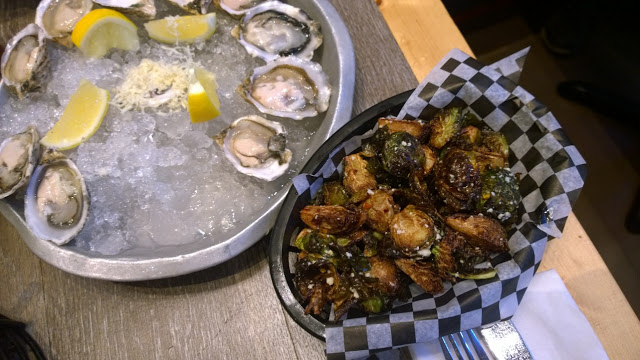 Last but not least were the Deep Fried Brussel Sprouts. They were tossed in lemon juice, parmesan, and some spices. Even though it’s deep fried and obviously not healthy, it was still good and a veggies dish is always better than no veggie dish. 🙂
Service Rating: 5/5
Food Rating: 2.5/5
Price: $$$-$$$$
Overall Rating: 3/5
Happy Eating!

I loveeee Seafood – who’s with me?!