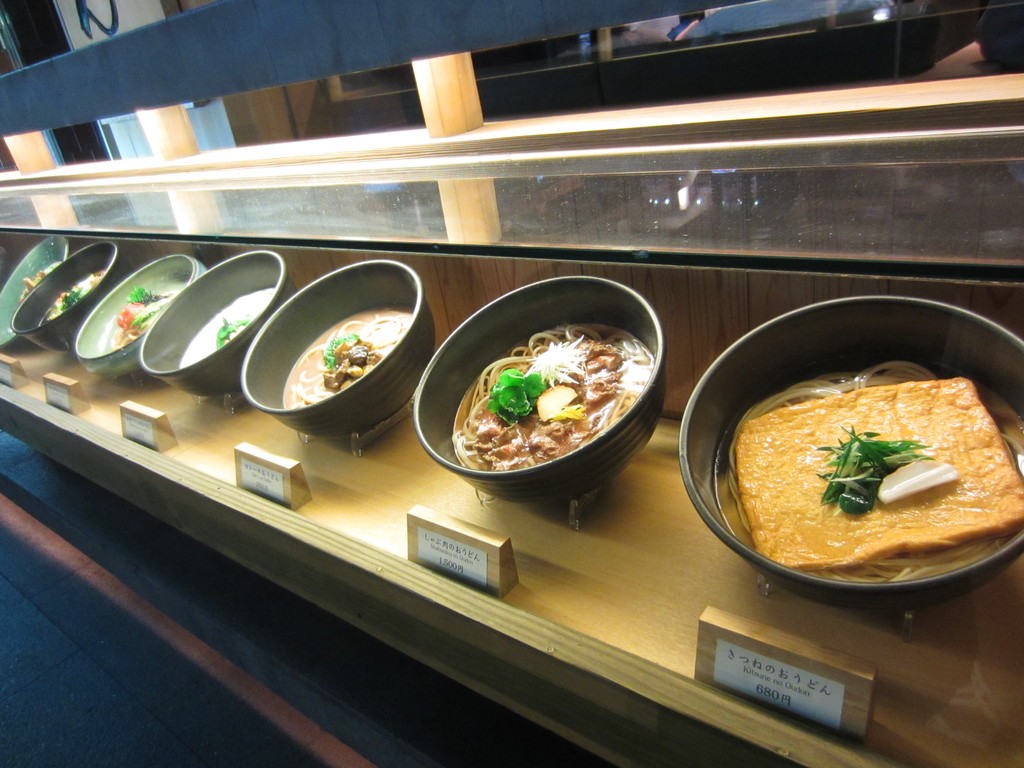 Noodle Shop Rating: 5/5 Tokyo Travel
July 18, 2013February 1, 2018 admin 0 Comment tokyo
Anyone going to Tokyo anytime soon? If you are, this restaurant is a must. Trixie and I happened to stumble upon this udon restaurant without meaning to and we realized that it was in her travel guide labeled “Do not leave Tokyo without trying their udon!”. Needless to say, we were pretty lucky.

This restaurant called Tsurutontan Roppongi is located inside the Roppongi district and specializes in udon. They make them from scratch at the front of the restaurant and there are ALWAYS lineups.

Asian restaurants are known to have plastic replicas of their most popular menu items outside the store. I love this idea since I’m a very visual person and it helps me get a better sense of what to expect. 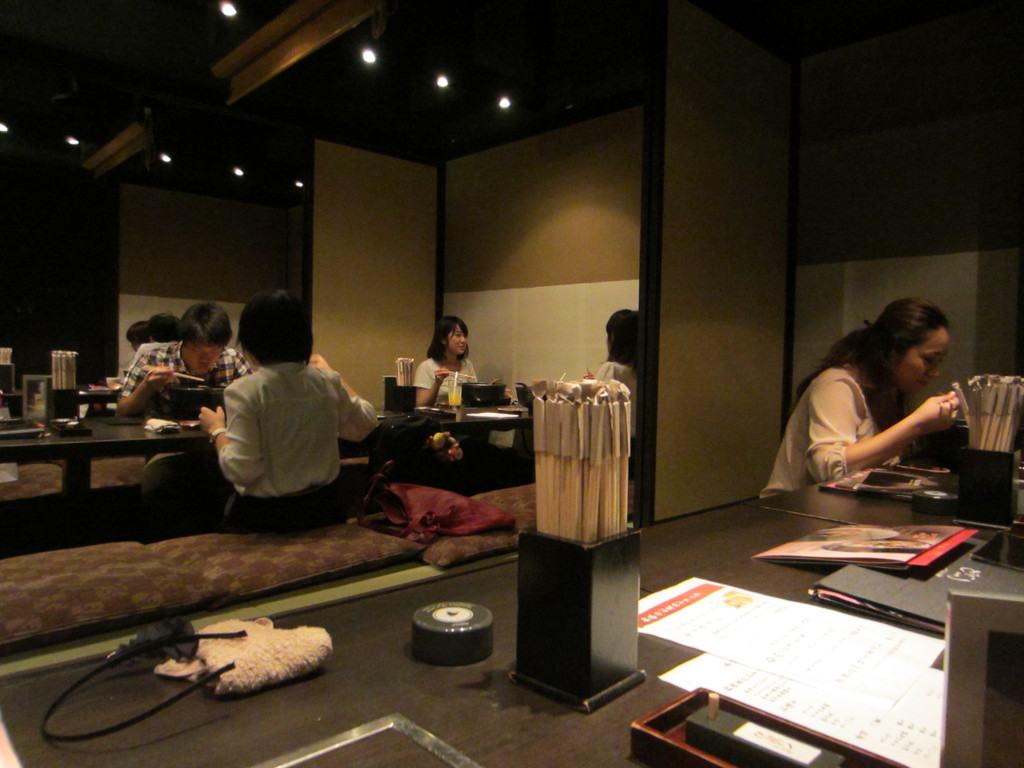 The interior is a mix of traditional and modern Japanese design. It’s minimalistic, but you won’t feel uncomfortable. 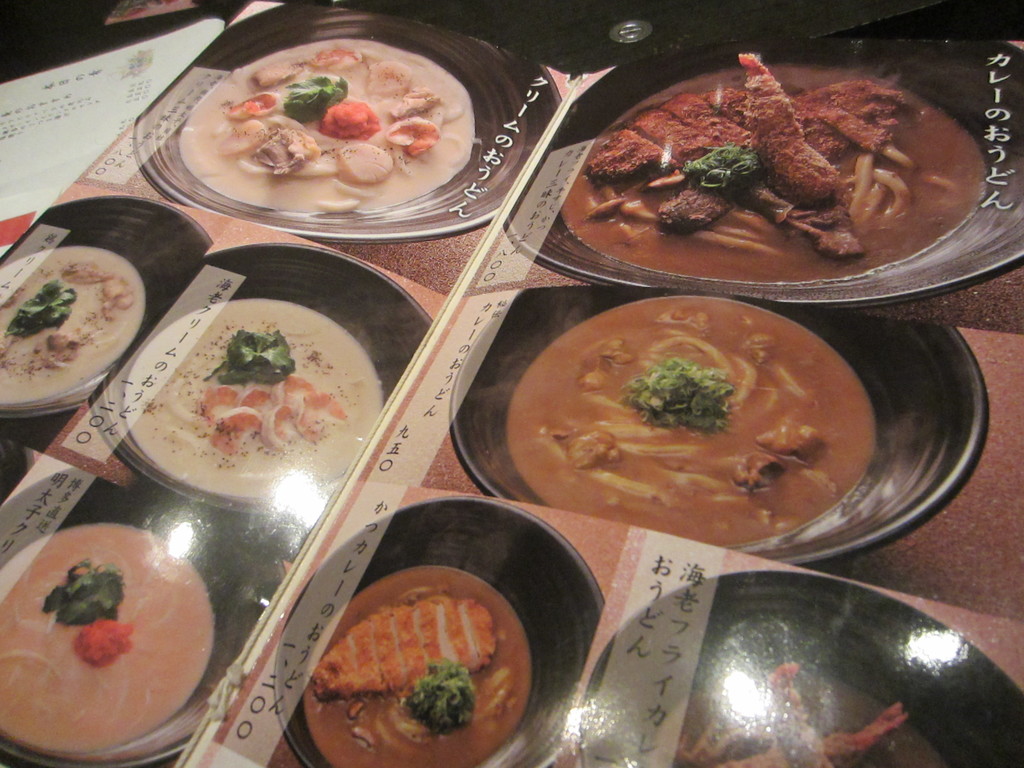 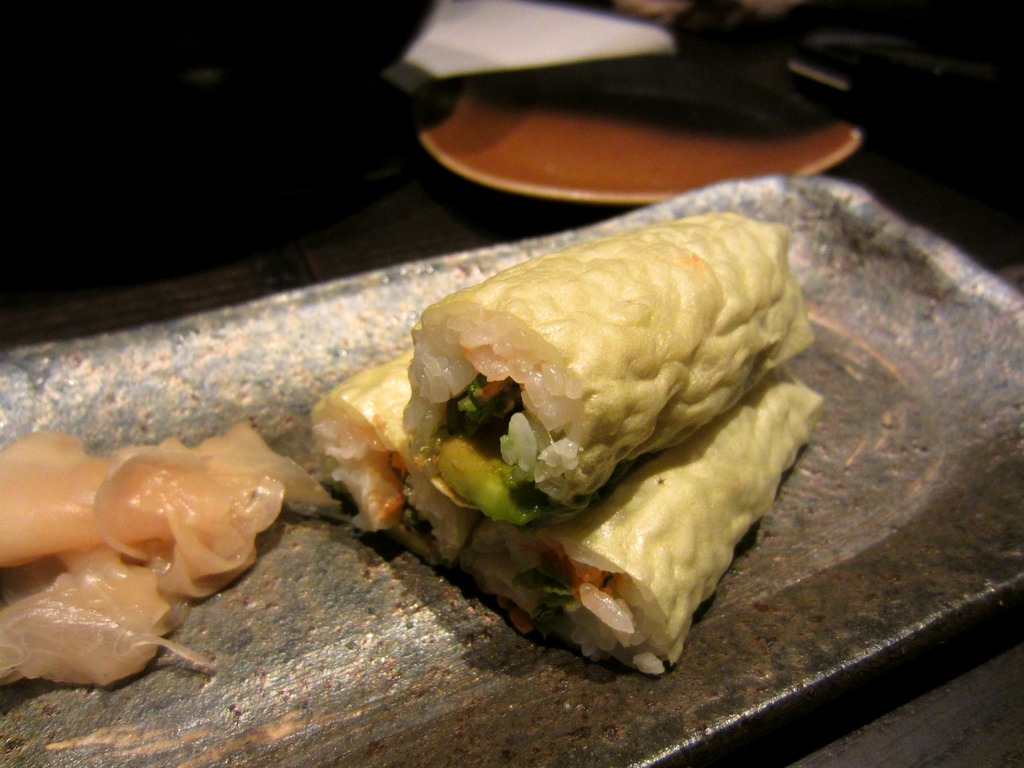 We chose a Maki Roll in Soy Wrap as an appetizer and to be honest, I can’t remember for the life of me what it was called. It was simple, delicate, and a nice way to wake up the palate. 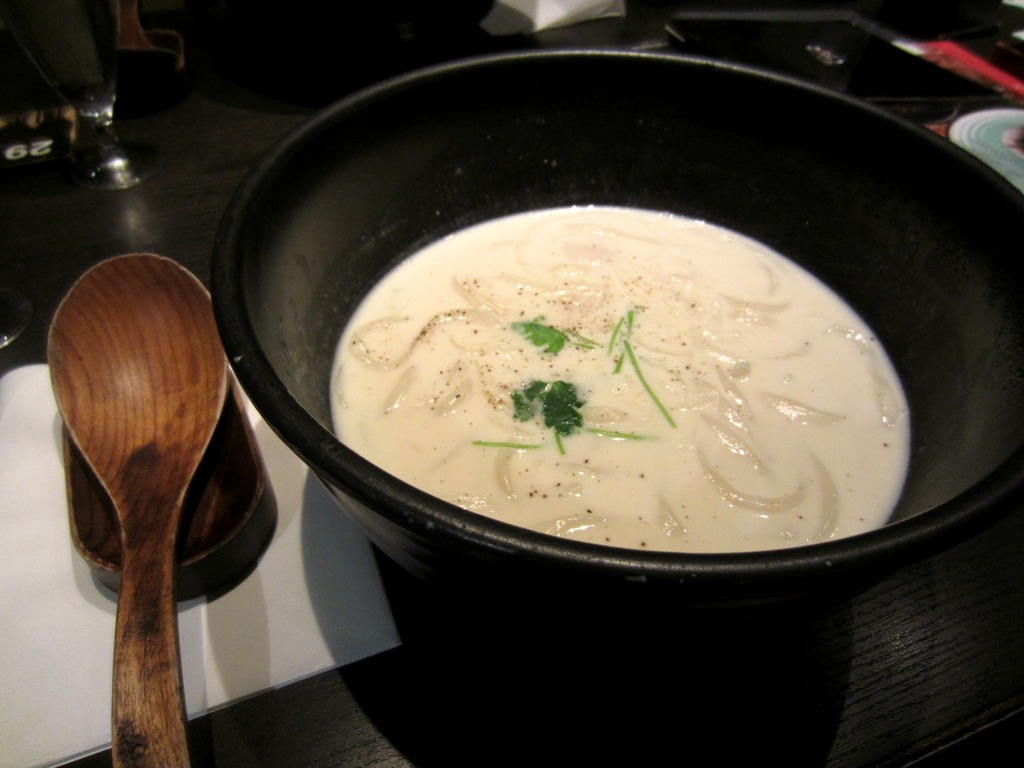 Both of us are milk udon fanatics so we both ordered one. I chose the Scallop Milk Udon (12,000 Yen/ ~$14 CAD) and when it first arrived, it was both spectacular and underwhelming at the same time. The bowl and spoon/ladle were ENORMOUS, yet the milk udon looked so plain with a barely there sprinkle of parsley.

Look at my ‘face’. Now look at the bowl. I could have easily fit my entire head inside that bowl with room to spare. It was AWESOME. 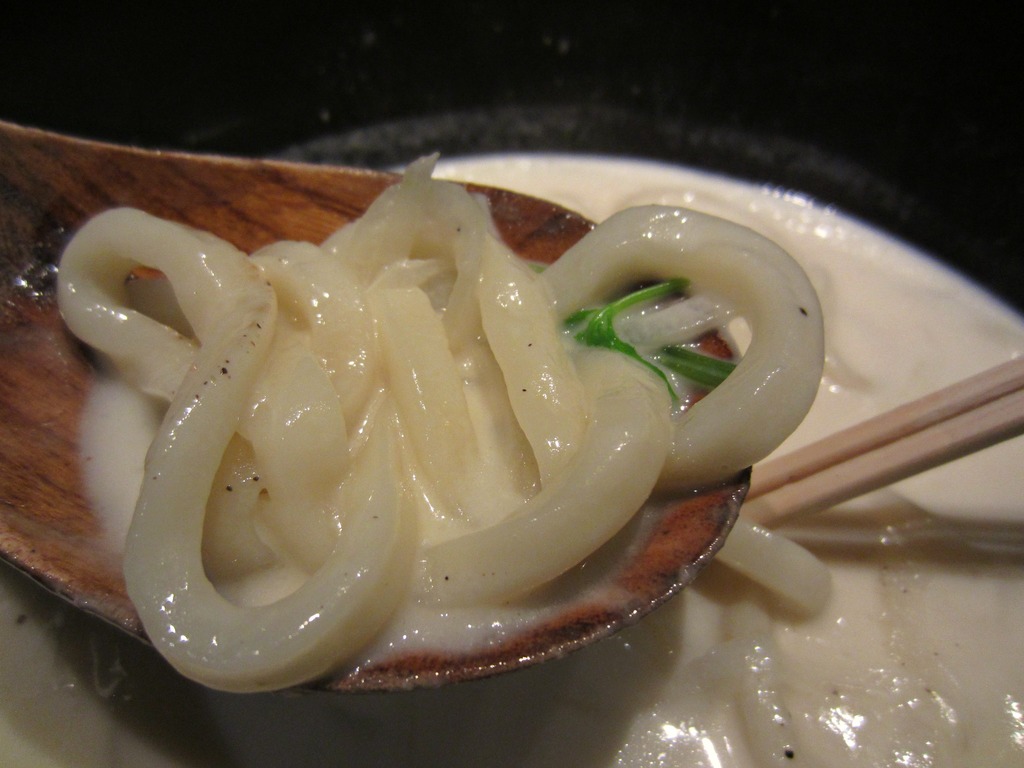 When the blah-looking udon hit my tastebuds, I was in heaven. I have no idea how they infused such flavour into the milk broth but honestly, it was the best milk udon I’ve ever had. It beats out the Milk Seafood Udon I get every time at Pearl Castle which is saying a lot because I love that stuff. 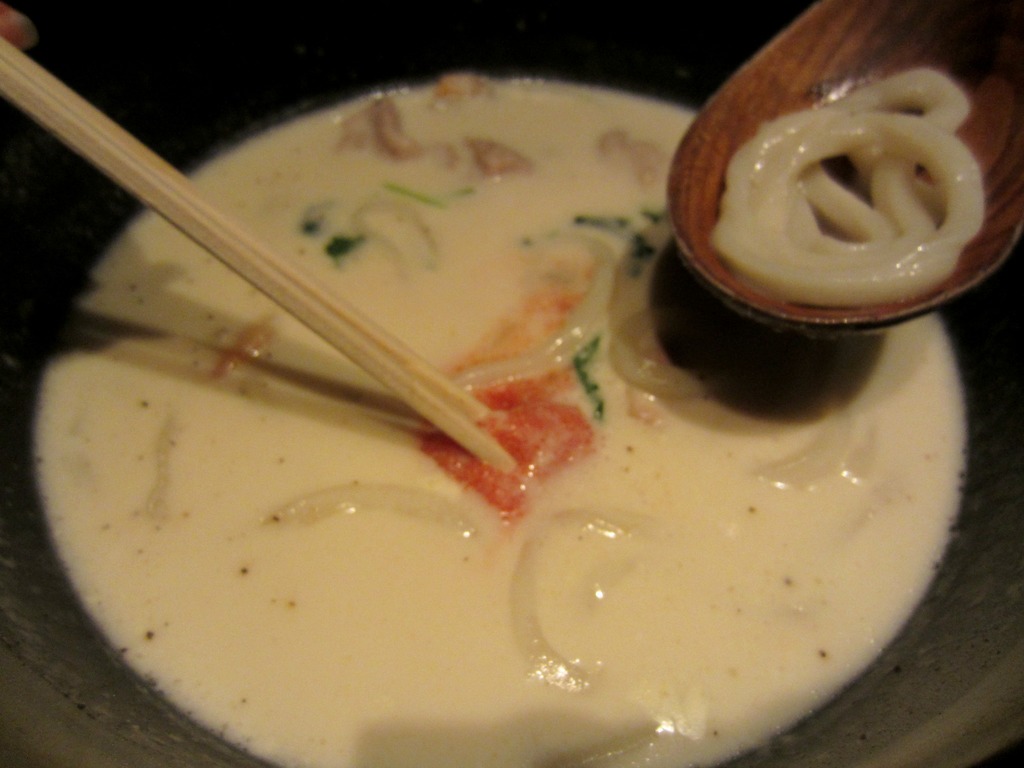 Trixie wanted to go big or go home so she ordered the most expensive milk udon variety called Seafood Milk Udon ($18,000 Yen/~$20 CAD). It contained scallops, prawns, and mentaiko (roe of pollock). It didn’t look as amazing as the picture on the menu but she said it was divine. The mentaiko really added an extra element to the broth and I would highly suggest getting this one instead of mine. It’s expensive but oh so worth it.

For anyone visiting Tokyo in the future, I would highly recommend any of the Tsurutontan chains (they have many locations) for their exceptional udon. Don’t be frustrated by the line ups. Just go, eat, and enjoy the beauty of udon.

Check out my other posts from Tokyo, Japan!
Angels Heart in Harajuku
Sushi Dai in Tsukiji Fish Market
No Name restaurant in Red Light District of Tokyo
Kyo Hayashiya in Ikebukuro 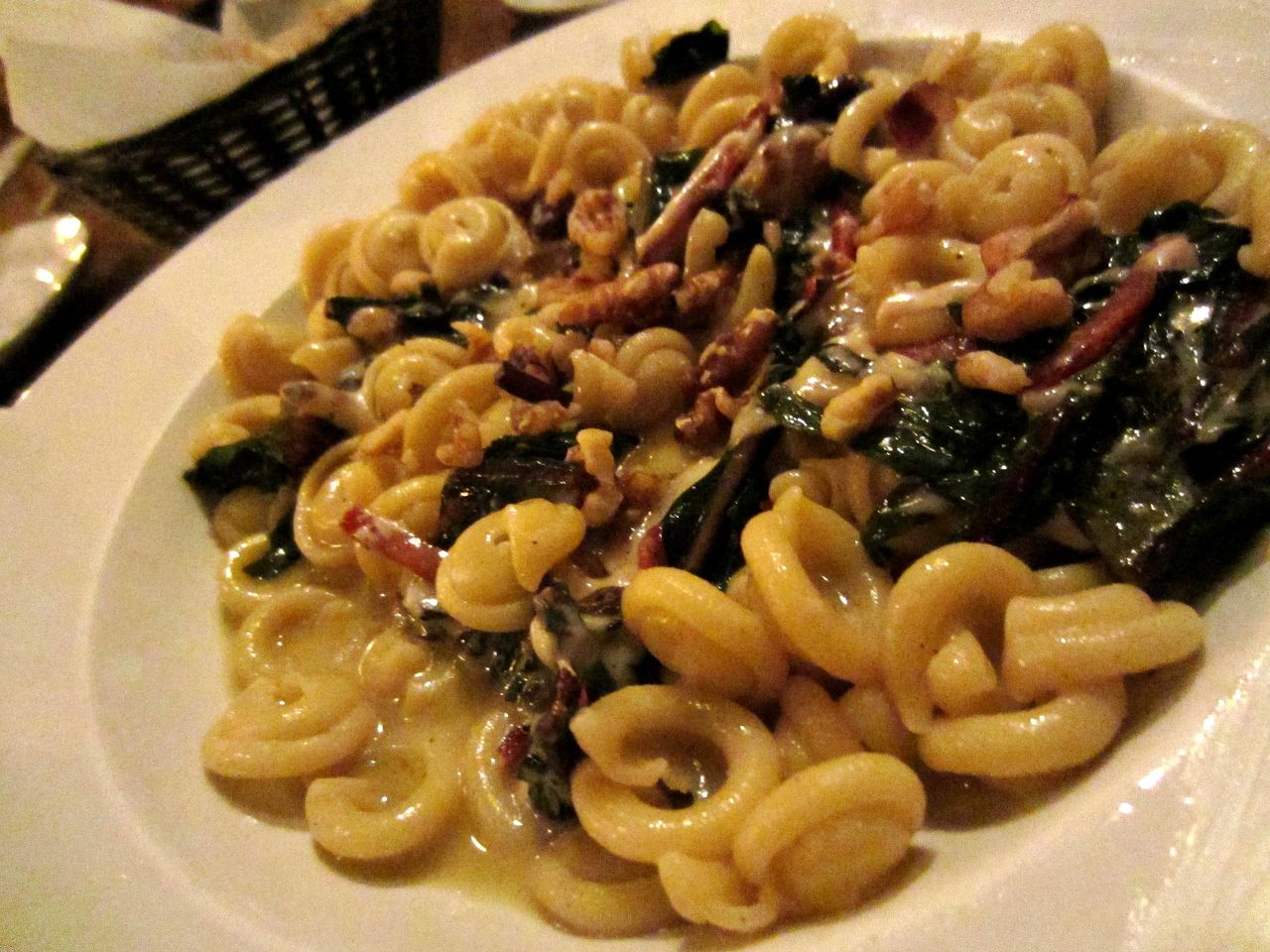 No.9 Restaurant- Not a Bad Choice For 3am in the Morning 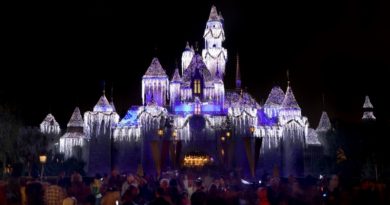