I was so excited when I heard that Cora
was opening up a location in Richmond. I no longer have to drive to Port
Coquitlam to try their breakfasts! 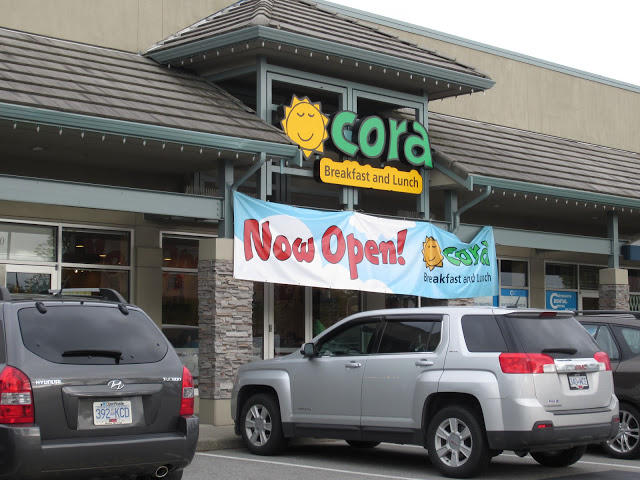 This Cora location is in the Ironwood strip mall located on
Steveston close to No.5 road. 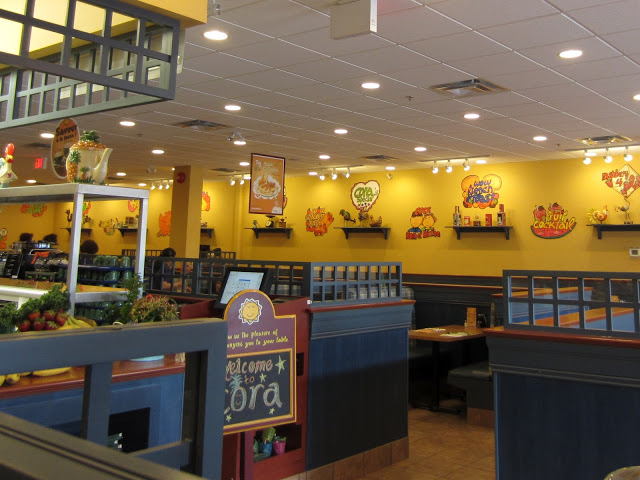 The wallpapers are decorated with pretty pictures and the
whole interior looks very cheery. The atmosphere (and service) was so happy that it actually overwhelmed Trixie and B-boy
because they were still groggy from waking up so early. Haha 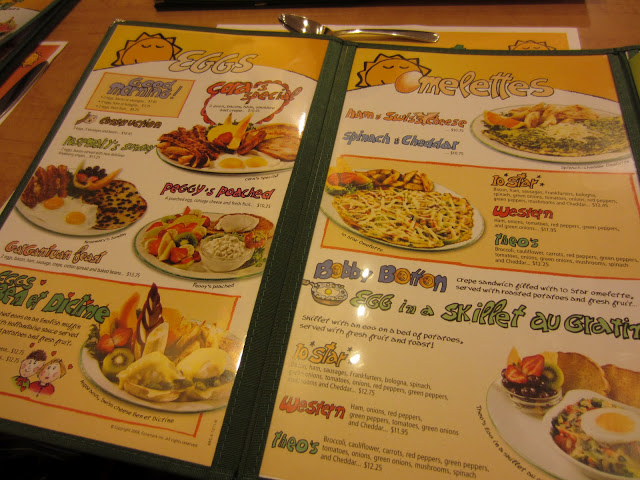 I LOVE their menus. The pictures are so colourful and
vibrant, it was impossible for me to choose because everything looked
delicious! 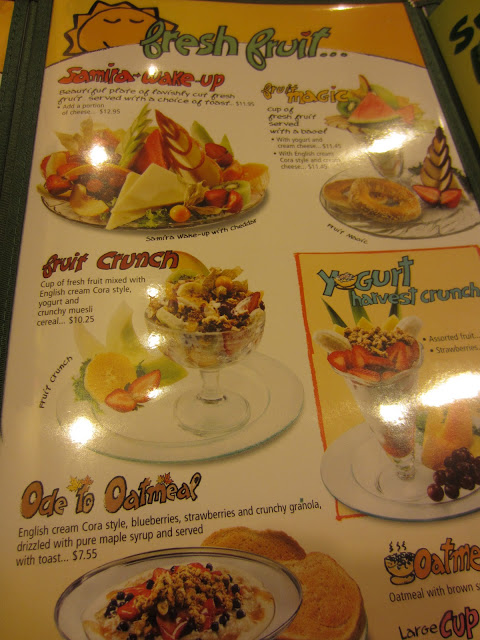 In addition to the normal breakfasts consisting of bacon,
eggs, toast…etc, they also have options such as granola, yogurt, and oatmeal. 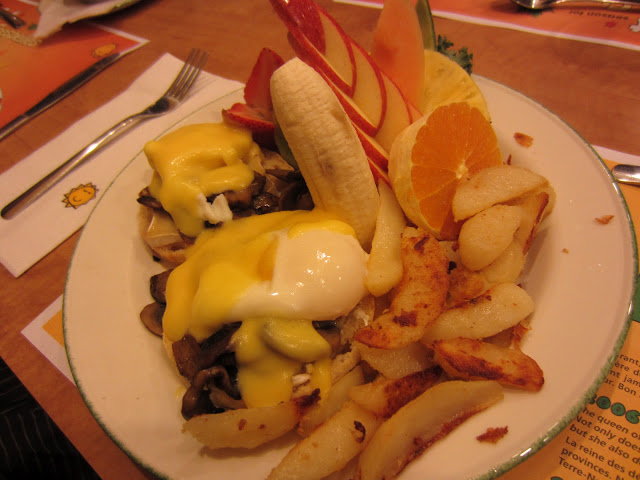 I shared two dishes with Rae and Trixie. Our first dish was
the Eggs Ben et Dictine ($12.25) and
we chose the mushroom and brie option. It comes with roasted potatoes and fresh
fruit. 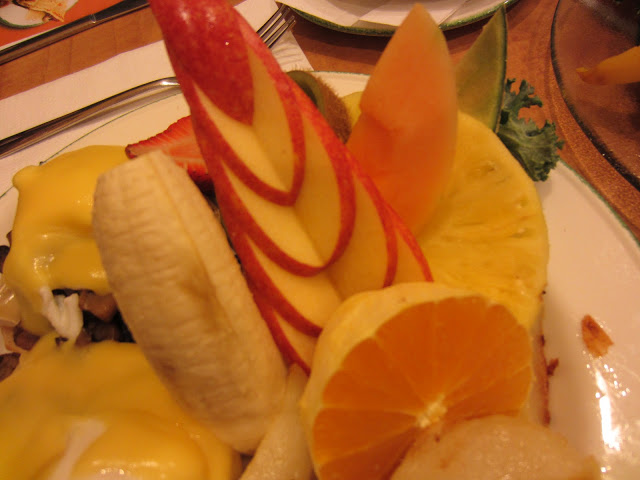 As you can see, the abundance of fresh fruit is what
seperates Cora apart from other breakfast eateries like IHOP or Denny’s. Not
all of their fruit were completely ripe and at their juiciest state but I didn’t
mind it too much.

The egg was poached well and the yolk was runny just the way
I like it. Mushrooms and brie unite! What an awesome combo. 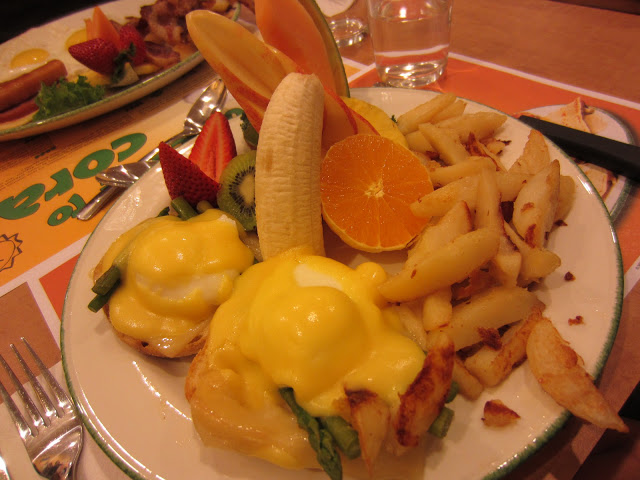 B-boy also ordered the Eggs Ben et Dictine but instead of
mushrooms and brie, he chose asparagus and Swiss cheese. 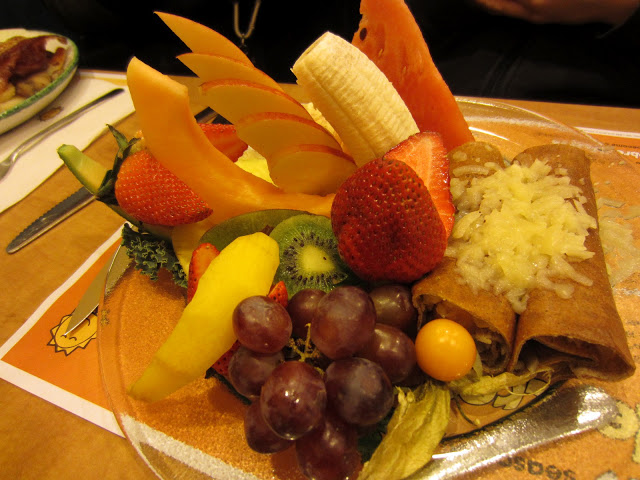 Our second dish was the Buckwheat
Blessing ($12.95) and it comes with three buckwheat crepes wrapped around
three sausages. The reason you see two crepes here is because Rae requested one
of them not to have cheese on it so they gave it to us on a separate plate. 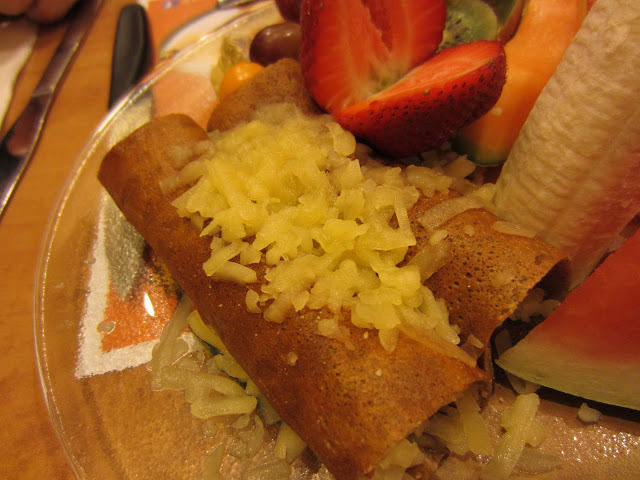 I didn’t expect buckwheat to taste awesome but it was worst than I imagined. It was really
grainy and bitter and I didn’t like it very much. The half melted cheese
also added nothing to the crepes. Sadly, I won’t be getting this again.The fruits on the
other hand were good and sweet. 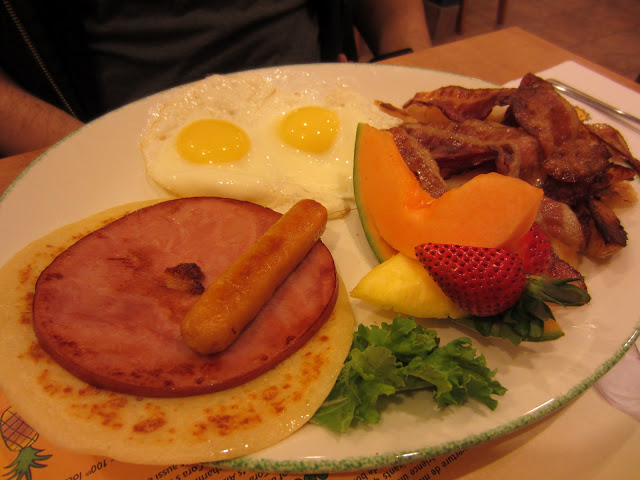 The Cora’s Special had less fruit and consisted of two eggs, bacon, ham, sausage, crepe, roasted
potatoes, and toast. Unger ordered this one and he seemed satisfied with the
meal. 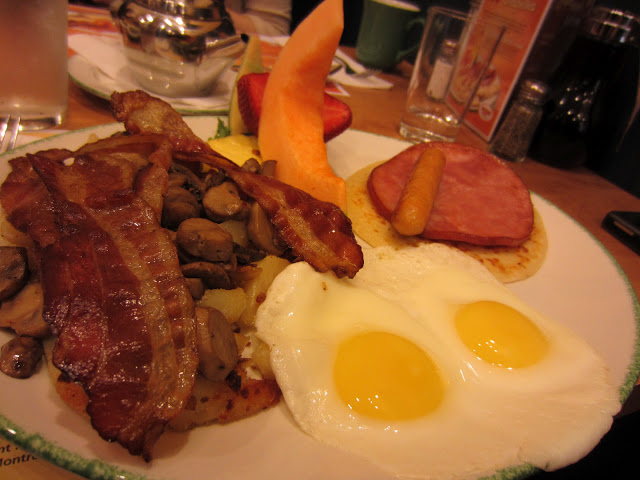 Yoshi also ordered the Cora’s
Special but I think he added mushrooms on his roasted potatoes. Awesomeeee… 😀

I feel like Cora (or Cora’s?) is a nice addition to Richmond because it now gives us an option of eating healthier for breakfast. I love the variety of fresh fruits on every plate so despite it being a bit more expensive than Denny’s/IHOP, I will probably come back again. 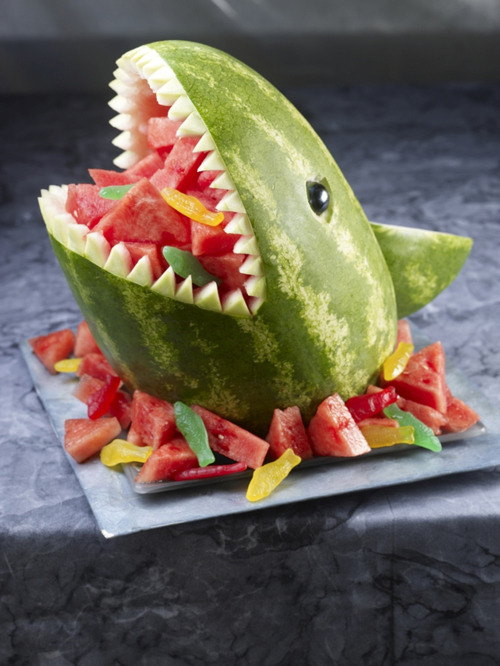 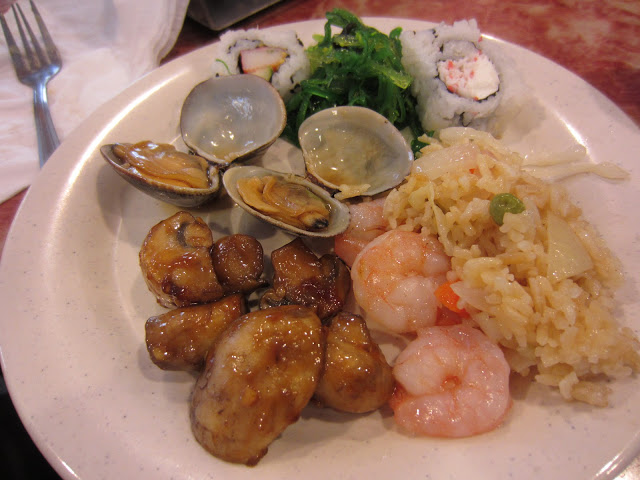 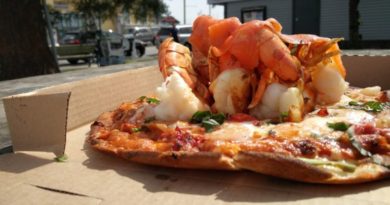