sirinevler escort esenyurt escort avcilar escort
avrupa yakasi escort sisli escort atasehir escort
Hong Kong Style Rating: 2.5/5 Richmond
March 7, 2012January 20, 2016 admin 3 Comments
A while ago, my mom introduced me to new ABC Cafe located on the third level of Aberdeen Center. I don’t know why but I had set up an expectation of failure before I even came in.

The previous establishment that occupied this
space was called ‘Seventh Heaven’ and it wasn’t very good in my opinion. 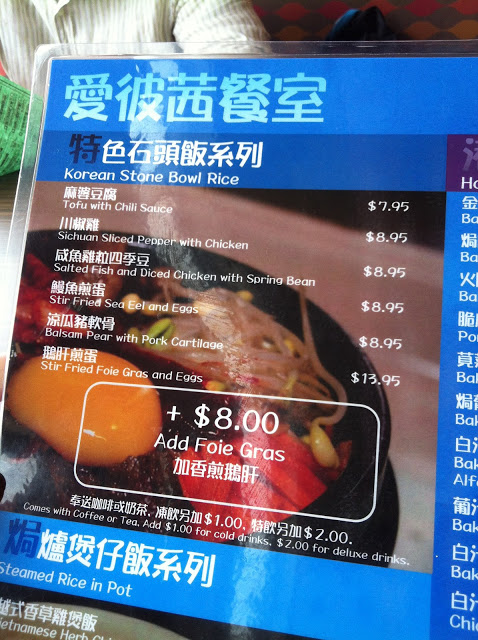 While looking through their menu, the thing that popped out
at me was their Korean Stone Bowl Rice. Apparently you can add Foie Gras for an
additional eight dollars! Foie Gras? At a HK style cafe? It is so enticing but I
don’t think I can get myself to order Foie Gras knowing the quality will
probably be mediocre. But who knows? If you’ve tried it before, leave a comment
below and tell me what you thought of it!

Before my entree came, they gave us soup and a
bun. I chose the “cream soup” and it
was so bad. It was nitty, gritty, and bland. I very rarely send food back at
restaurants but this one was just too bad.

I told the (inattentive and honestly quite unprofessional)
waitress about my dissatisfaction and she gave me a Russian Borsch soup instead. This was much better. 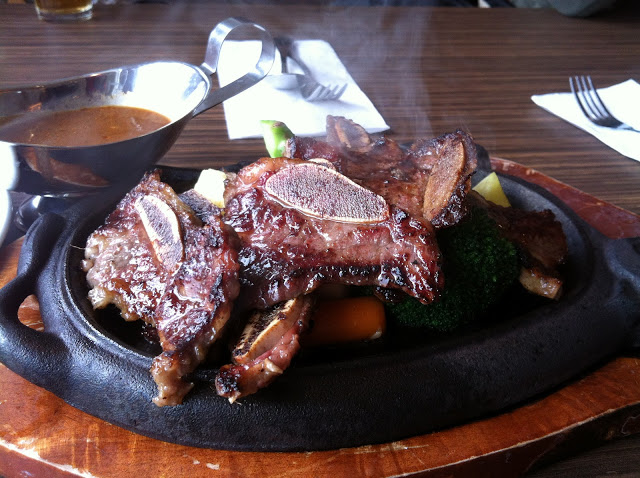 I ordered off the Grill
Selection ($9.95) where I chose one
meat item, Korean style ribs. It came sizzling on a hot iron plate and I
was impressed by the amount of ribs on the plate. There were a few blanched
veggies on the bottom but it was nothing special. 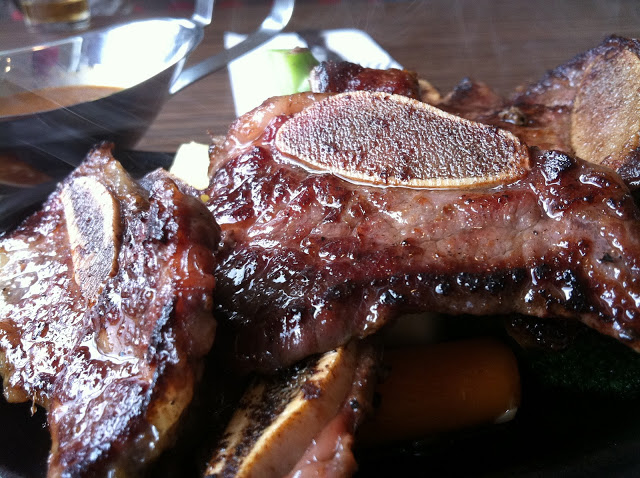 The ribs were juicy and flavoured with a great Korean style
bbq sauce. 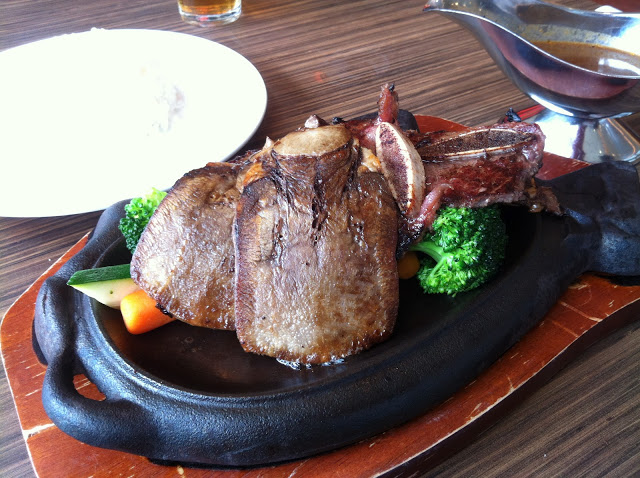 Kirbro ordered off the Grill
Selection ($12.95) but he chose two
meat items instead of one. He decided on the cow tongue and Korean style
ribs. 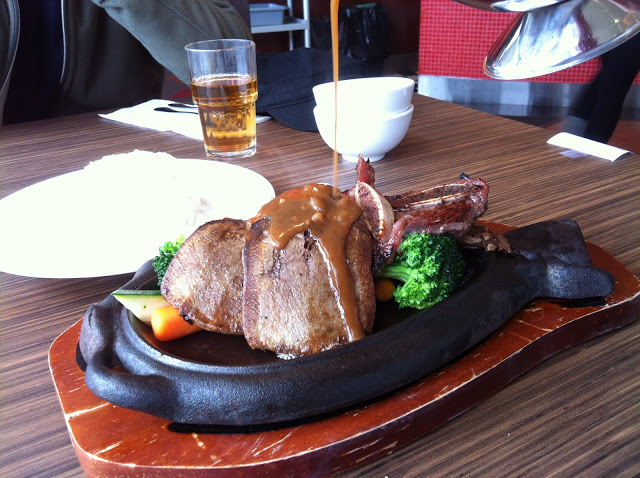 He really enjoyed his selection and liked the fact that the
meat came on a hot plate as it kept his food warm throughout the meal.

The Red Thai Curry
w/Spaghetti ($10.95) was the surprising winner out of all of our dishes. The
Thai curry gave a bit of heat without overpowering the spices, and the coconut
milk smoothed out the sauce and increased the fragrance of the dish.

It comes with spaghetti or rice. I recommend getting
this dish if you come to ABC Cafe and I actually think this is one of their specialty dishes. 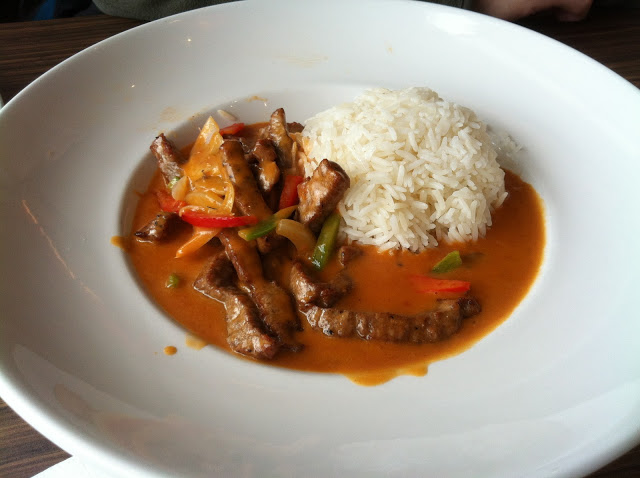 My dad ordered the Beef
Stroganoff on Rice ($8.95) and this was a big disappointment. I felt bad
for him because he was the only person that did not enjoy his meal. 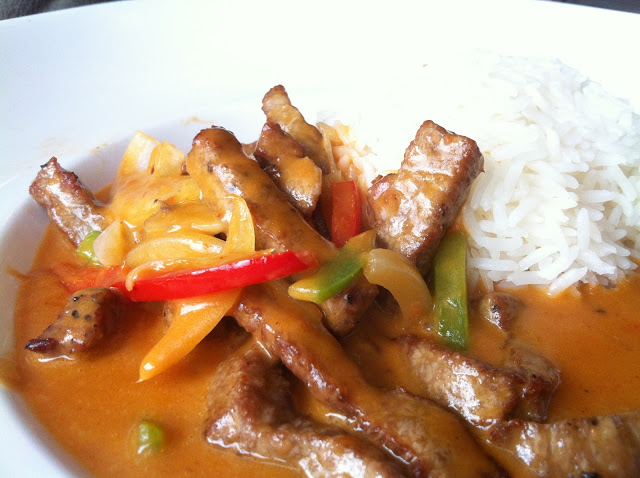 First of all, the portion was way too small to justify $9 at
a HK style cafe. Second of all, the beef pieces were way too tough and
overcooked.

All in all, my experience at ABC Cafe was not bad but there
were definitely a few hits and misses. If you know what to order, you will most
likely have a good experience here. I don’t think I would highly recommend this
HK style cafe to anyone just yet because they still have to work out some kinks
in their execution and hopefully retrain some waitresses because we were given pretty bad service during our visit.

No.9 Restaurant- Not a Bad Choice For 3am in the Morning