Every year during Dine Out Vancouver, I like to take
advantage of the opportunity to try out different restaurants that I normally
would not go to. I have a few planned for this year so I’m definitely very
excited. I already went to Regional Tasting Lounge in Yaletown with Meta Knight
a few days ago so here’s the scoop! 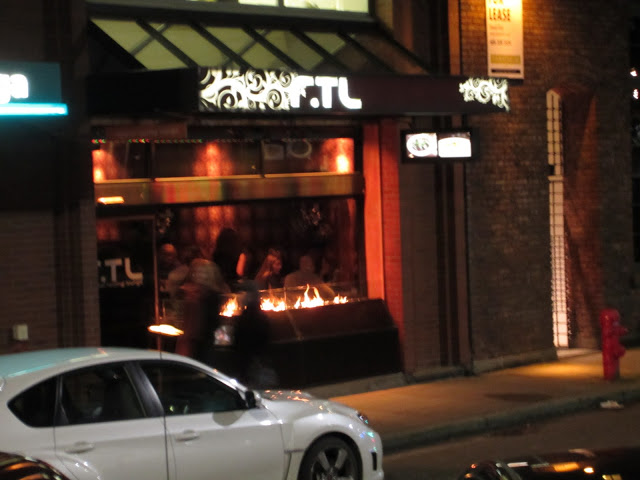 R.TL looks very fancy from the outside with its sliding
doors and blazing fire at the entrance. They serve a $28 menu for three courses. 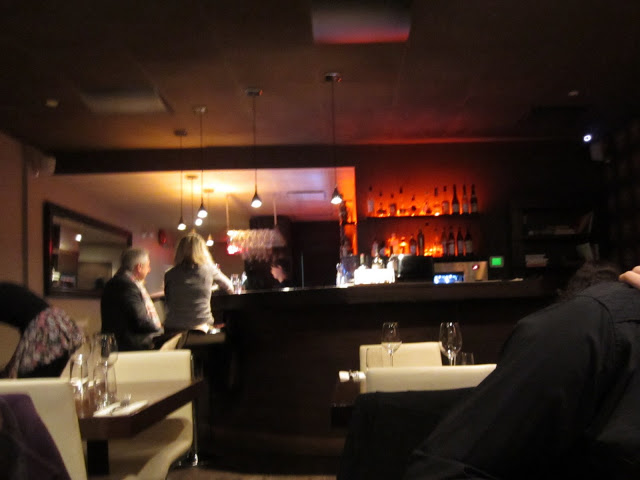 The restaurant is quite small and probably seats around
30ish people. 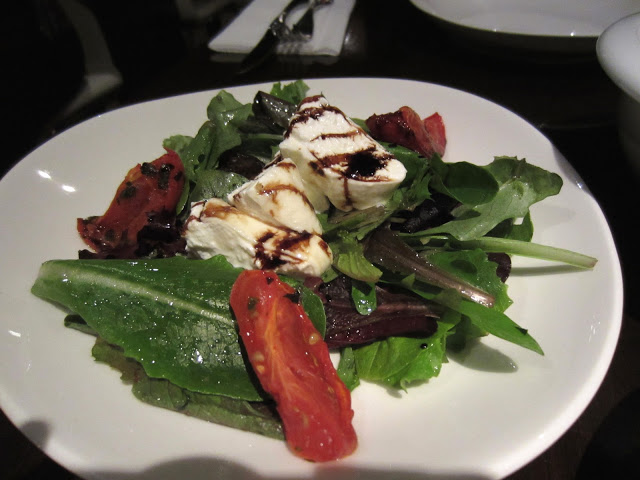 Meta Knight and I were not given bread to start and
apparently you have to add an additional $6 for it. We obviously did not get it
because we didn’t want to fill up on bread. So I chose the Tomato and Fresh Italian Burrata D.O.P salad as my appetizer. I
absolutely love Burrata cheese so I wanted to give it a try here. It was not as
good as the one from Coast (post here) but it was still pretty darn delicious.
The cheese was very fresh, soft, and moist. 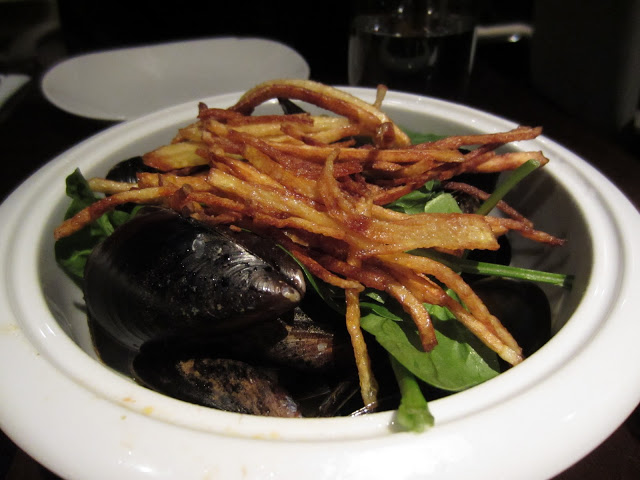 Meta Knight always knows what to order to get the best bang
for your buck. So he wisely chose the
Mussels
& Frites (chipotle) for his appetizer. His dish was huge and was as
large as the entree size of Mussels and frites at Chambar (I had it during dine
out last year). The frites were very crispy and the bed of spinach was a nice
touch. 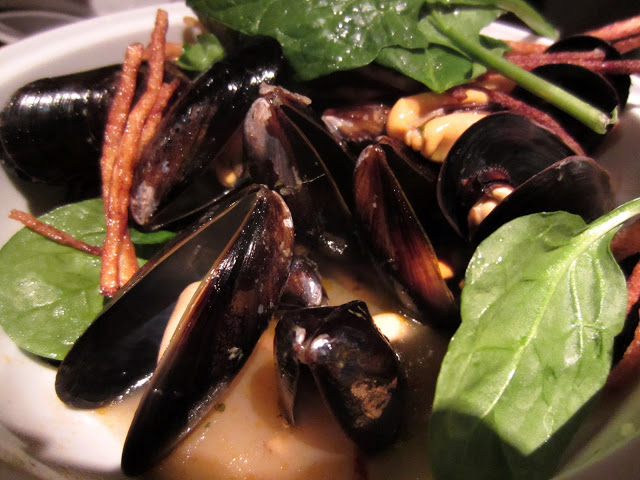 There were 20+ mussels in there and each one of them were
plump, juicy, and perfectly cooked. The chipotle broth on the bottom was salty
yet addicting. It was just…awesome. 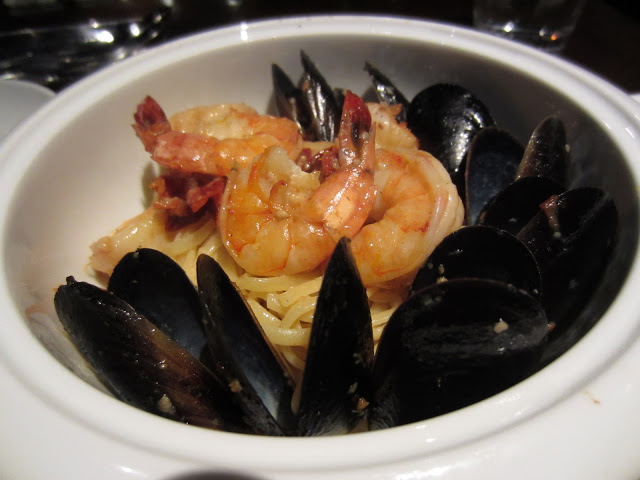 For my main, I ordered the Seafood Linguine which consisted of
mussels, prawns,  scallops
(although I only got one), and sundried tomato. I added a side of Sautéed Wild Mushrooms for $6. 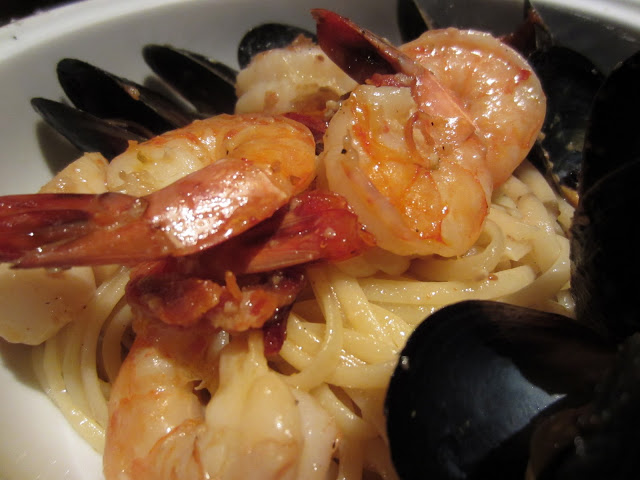 The pasta was al dente and had a very great subtle sundried
tomato flavour. It may taste a bit bland though, for people who like prominent and salty flavours. The prawns were large and super delicious. 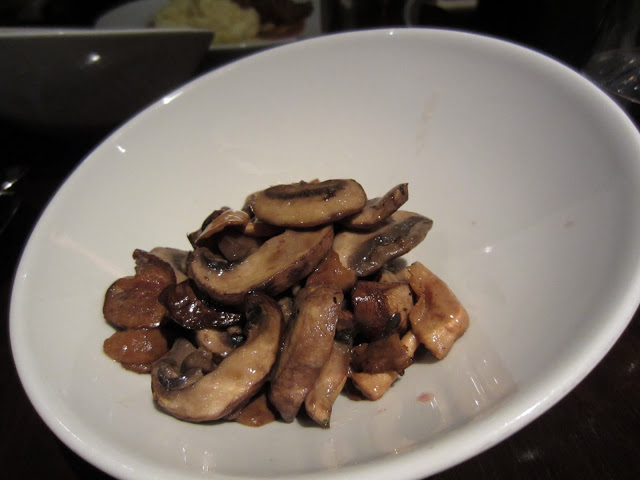 It may not look like a lot in this picture, but
they actually gave me a lot of wild mushrooms! This was absolutely scrumptious!!! You really taste
the exotic flavours of the wild mushroom and especially when it’s sautéed in white wine
and garlic, you get a mouth-watering combination. These went very well with my
pasta. 😛 SO WORTH the six bucks. 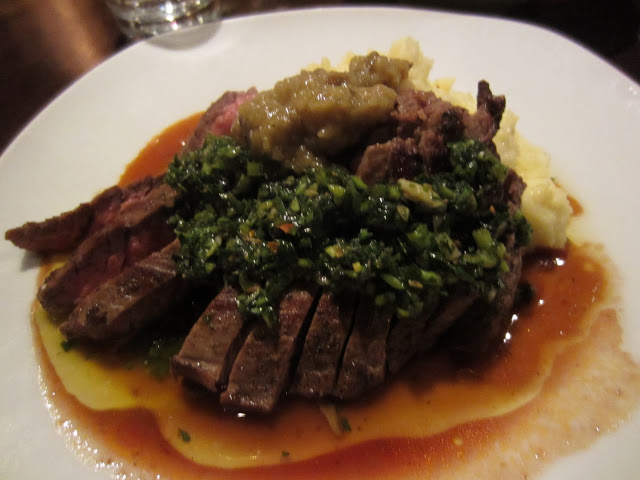 Meta Knight chose the Churrasco
Steak with herb potato mash, pickled Indian eggplant, and chimchurri. He
also added Prawns for $5. He really enjoyed the steak as
well as the condiments of chimchurri and pickled eggplant. As for the texture
of the steak, it was not melt in your mouth, but it is to be expected since
they never said it was premium Alberta AAA beef or anything.

He actually regretted getting a side of prawns because he
didn’t realize they would be so generous with the steak portion. Nevertheless,
the prawns were very large, plump, and had a beautiful char on it. 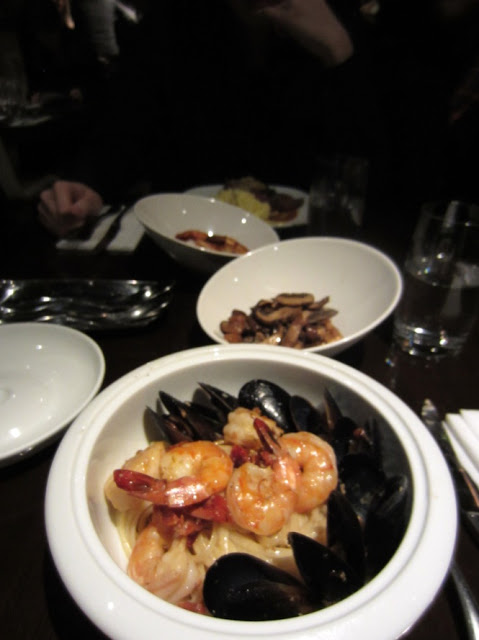 Both of us greatly enjoyed our appetizers and entrees. It
was a lot of food and we both were super full even before dessert. 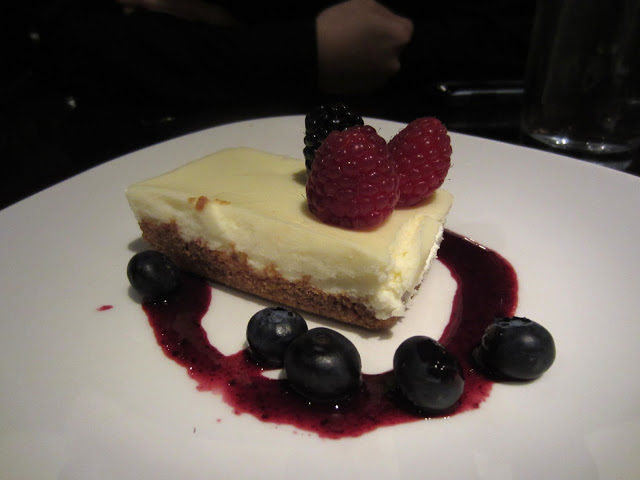 Meta Knight chose the New
York Cheesecake with baileys cream but we couldn’t taste any baileys in it.
The cheesecake was very dense and had a lot of cream cheese aftertaste. It was
a bit of a disappointment because every course wowed us up to this point. It
would have been amazing if their desserts were fantastic because then it’d be a
home run throughout. 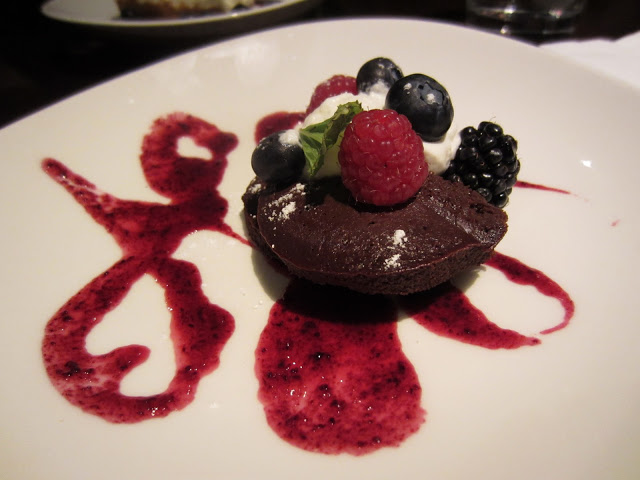 I chose the Chocolate
Terrine, and like the cheesecake, it was lacklustre. Nothing was bad about it,
but nothing was great about it either. In my opinion, both desserts lacked
in presentation but maybe it’s because I raised my expectations after the
amazing first two courses.

Marcello Pizzeria and Restaurants – Gnocchi it Up!

👉 For anyone who has picked up cooking or start

The only time it's acceptable to pay $8 to eat ins