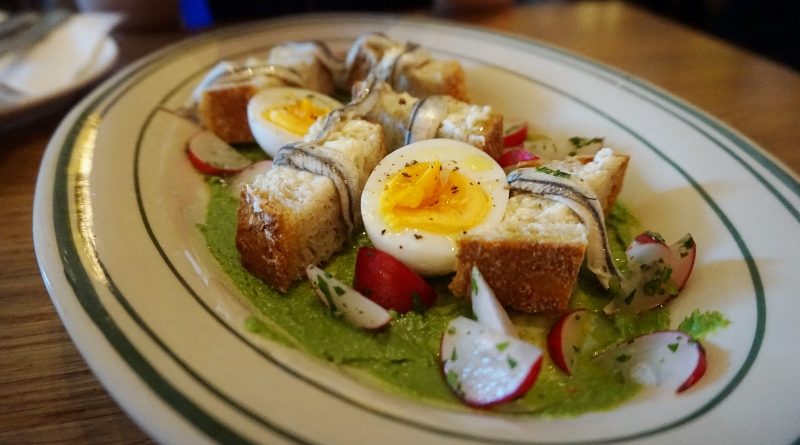 Meta Knight and I just recently celebrated our anniversary (I won’t even begin to tell you how long we’ve been dating or else you’ll be shocked) and we went to Osteria Savio Volpe on Kingsway to celebrate! 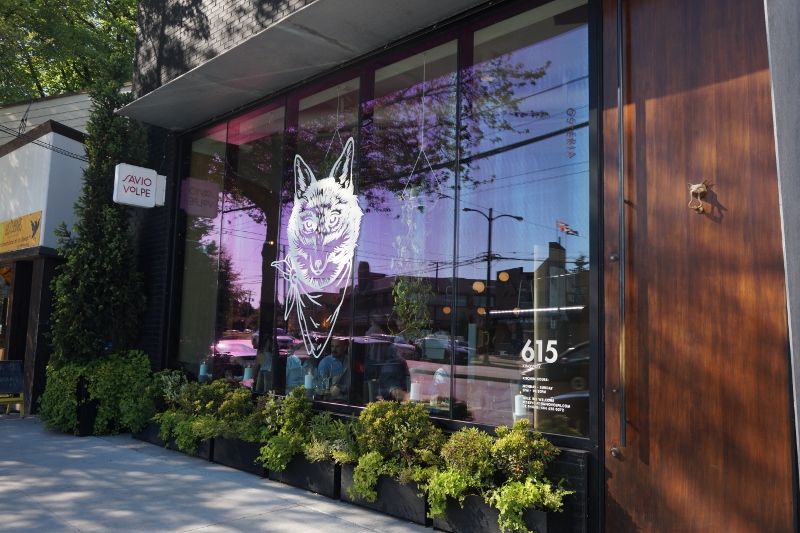 I heard from many people that Salvio Volpe was the bomb diggity, especially their fresh homemade pasta that rotates on a daily basis. A restaurant that makes fresh pasta? No need to twist my arm! 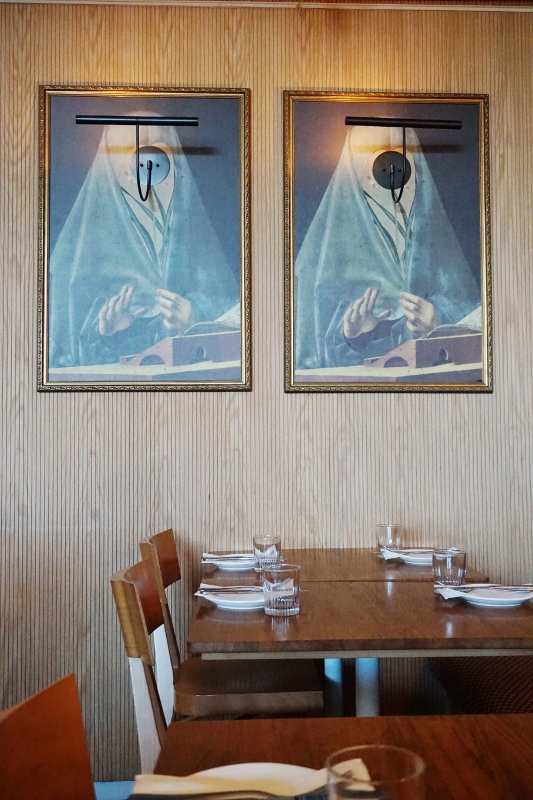 I would describe their decor as a bit eccentric and a bit hipster. 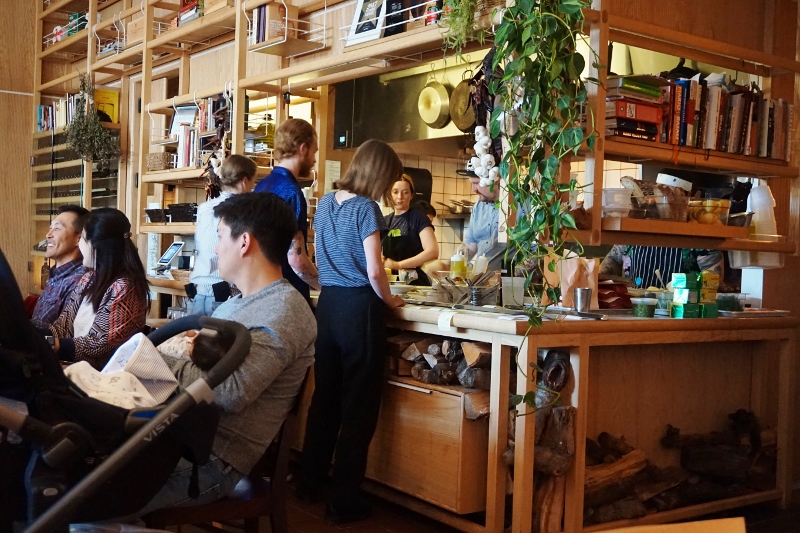 You can tell that every piece of furniture, decor, fixture inside the restaurant has a purpose and was meticulously planned out. It’s very cohesive and the vibe you get from dining there is just that its a very hip, rustic, and casual place to be. 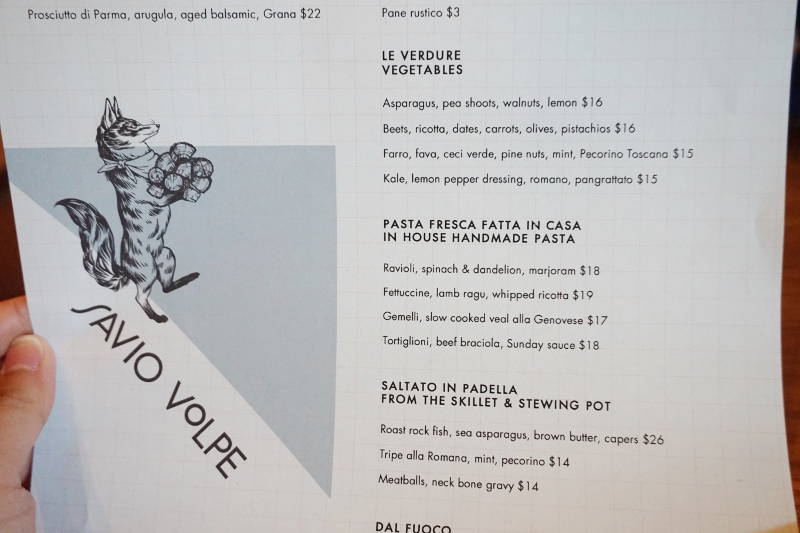 Their menu changes daily so you never know what you’re going to get. I had a couple of dishes in mind about what I wanted prior to coming and most of them I didn’t even see it on the menu. 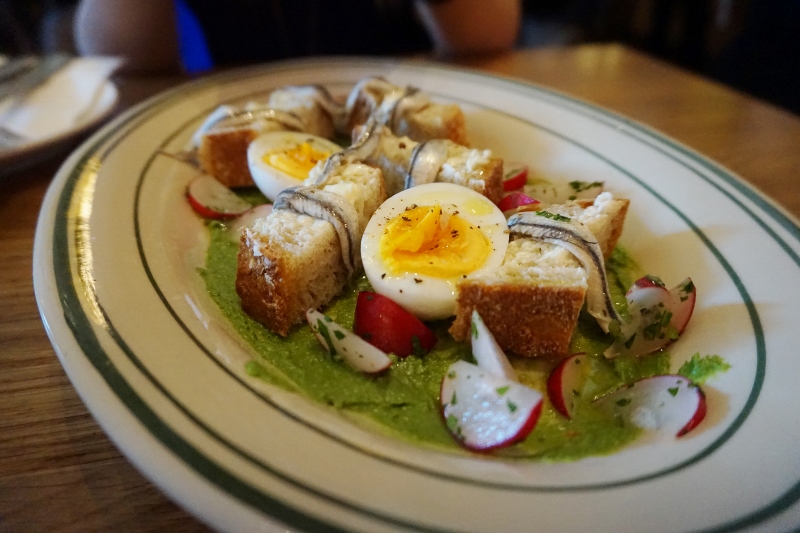 With that being said, all of their selections are still incredibly mouthwatering. We started the dinner off with something we had absolutely no idea about. We just chose it because we understood it a tad better than all the other options. This is called White anchovy, radish, egg, bagnet vert, whipped butter ($14) and the large portion pleasantly surprised us when it arrived. The taste? Absolutely scrumptious.

This Ravioli, Spinach and Dandelion ($18) dish just spoke out to me (I mean, when do you ever see dandelion on a menu?!) and it didn’t disappoint. The pasta was a little undercooked but the flavours were spot on. If I can describe the ravioli in one or two words, it would be ‘herbacious’ and ‘floral’. 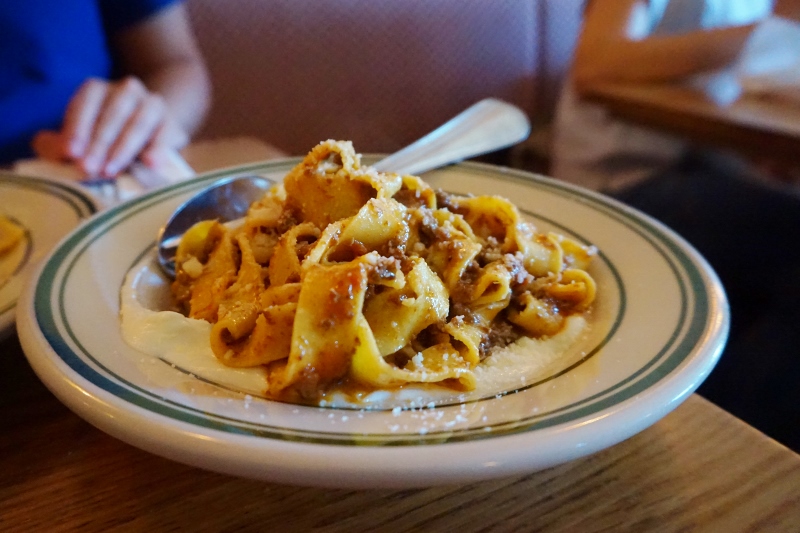 Obviously one fresh pasta dish wasn’t going to be enough so we also got the Lamb Ragu Fettuccine ($19) . This was our favourite of the night and I would gladly get it over and over again. The pasta and sauce was great on its own, but it’s really the whipped ricotta on the bottom that brought this dish to new heights. 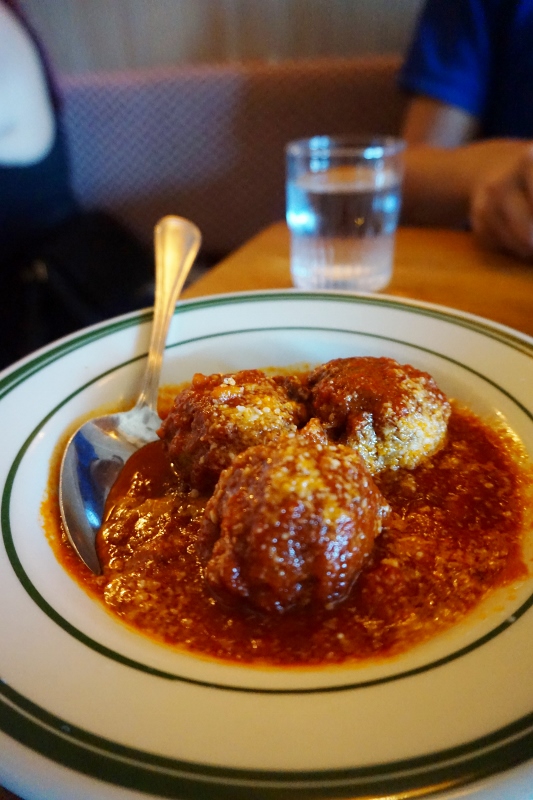 The only dish I didn’t really care for was the Meatballs in Neck Bone Gravy ($14) because both of us thought the meat was too dry. The sauce was great but for fourteen bucks, I would have rather chosen another appy or fresh pasta dish.

All in all, Osteria Savio Volpe was a great experience and I definitely want to come back. The prices are on the steep side though so you if you go, you’re most likely going to spend a minimum of $40 for a satisfying meal. To get a reservation within the week, make sure you ask for super early or late times like 5pm or 9pm. 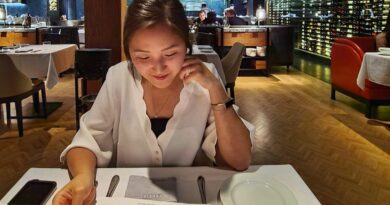 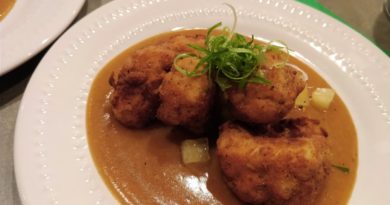