At the Express Bus
Terminal Station, you can find an AMAZING underground shopping area for
girls (sorry boys :P), a movie theatre, a few fast food restaurants such as
Krispy Kreme and McDonalds, and Shinsegae, a high end department store. The
restaurant level is located on the 10th floor.

I knew this restaurant was going to be quite pricey because
of its location but I didn’t expect it to be as expensive as it was (remember,
I’m really cheap ><). Regardless, the place was packed with customers so
I am assuming a lot of people who live around this area are well off. 😛 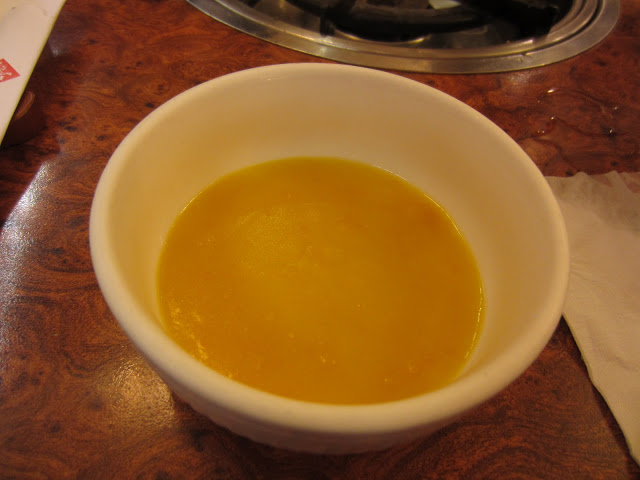 They first give you a small sampling of pumpkin soup. It was
very thick and tasted like traditional Korean pumpkin soup.

As always, no meal can be complete without Korean side dishes 😛 and this time they served peanuts,
kimchi, preserved radish, and seaweed. 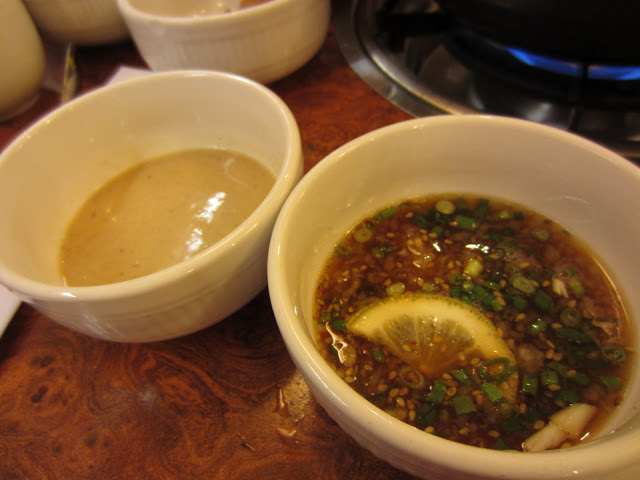 Since shabu shabu literally means dipping thinly sliced raw meat
in boiling water for a few seconds to cook it, they also provide condiments for
you to dip the meat into. On the left is a peanut sauce and on the right is a
soy sauce, garlic, lemon concoction. 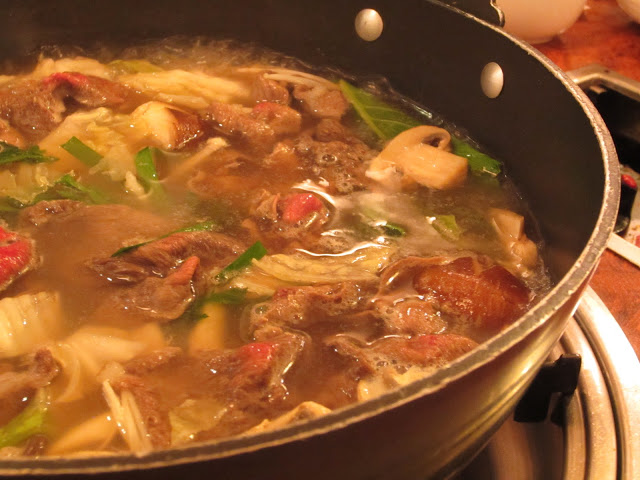 It only took a few seconds for the meat to cook and then a
server came and scooped it out into three individual servings. 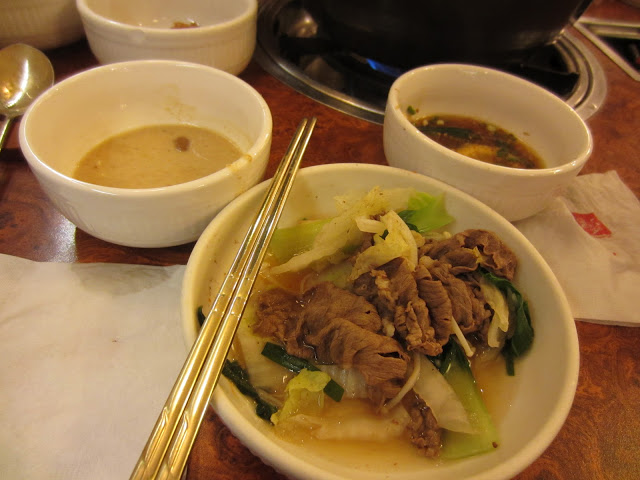 Here was my serving. They do this twice so you technically
get double the amount you see here. The food was alright. It tasted exactly as it looks: boiled vegetables and meat.

Then came the noodles! The server added noodles to the pot
and proceeded to help us cook and serve it. 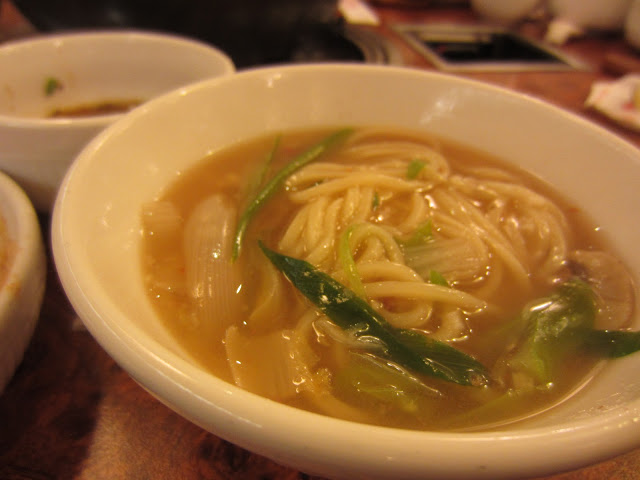 These noodles were very delicious but the serving size was
not enough to fill my abnormally large appetite.
After finishing the noodles, I was not incredibly full, but
I paid 21,000 won ($20 CAD).  I felt like it was wayyy too expensive for
what it was. Maybe it’s because I come from Vancouver and we can have
all-you-can-eat shabu shabu for $17 CAD. But nonetheless, I thought the meal
was too expensive, especially in Korean standards, for a dinner this mediocre.
Happy Eating! 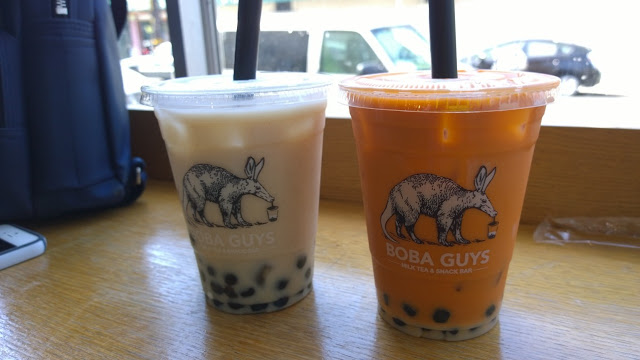 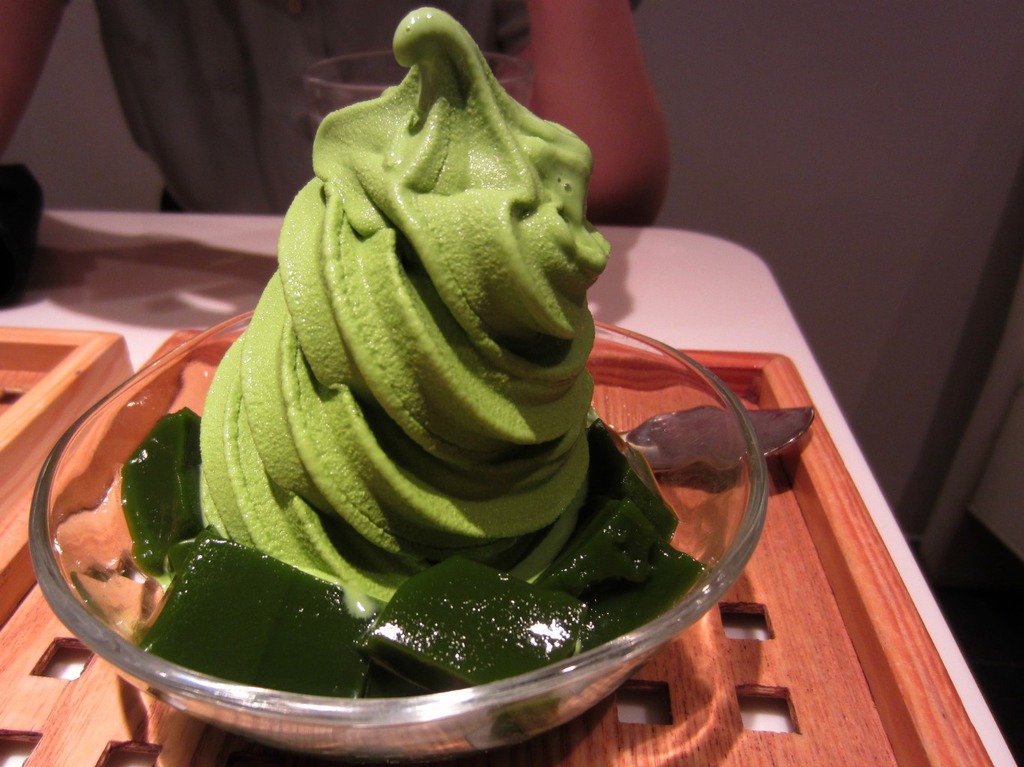 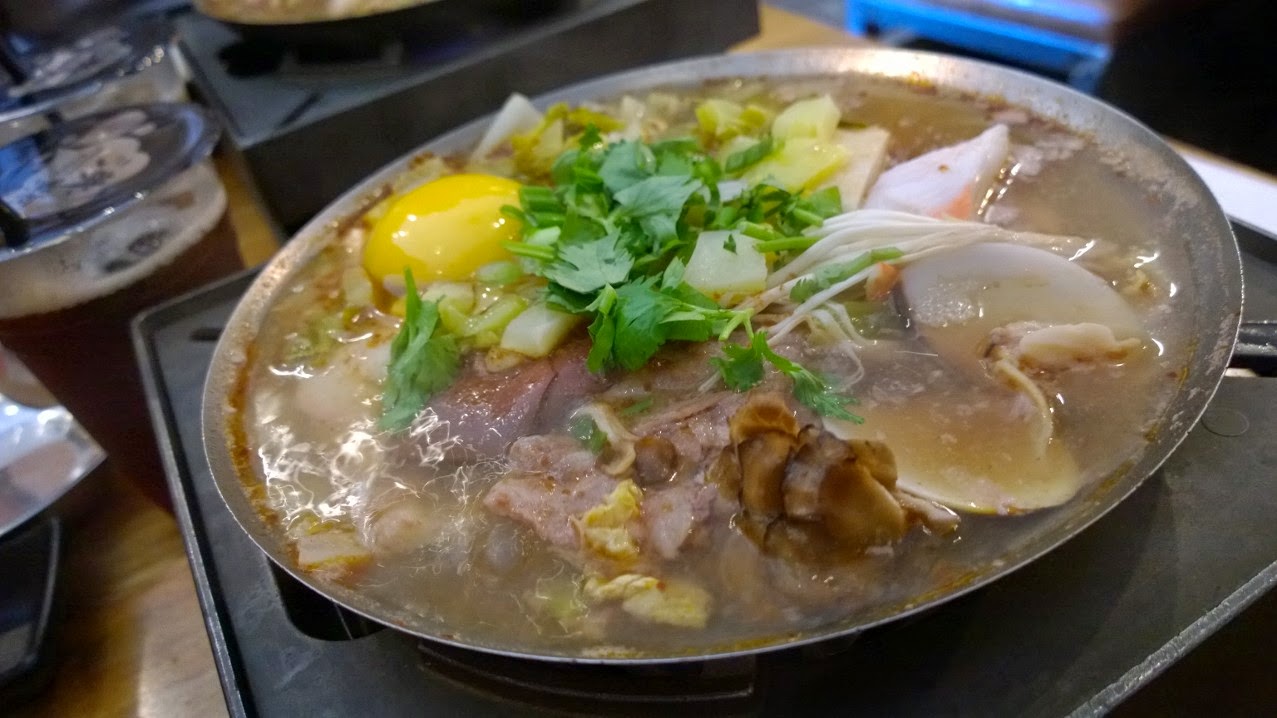