The Naam is a vegetarian eatery that is open 24 hours a day.
A lot of people have been raving about the food there so I have wanted to try
it out for quite some time now.

The one thing I had to try from their menu was the dragon
bowl. It looked and sounded delicious and healthy! 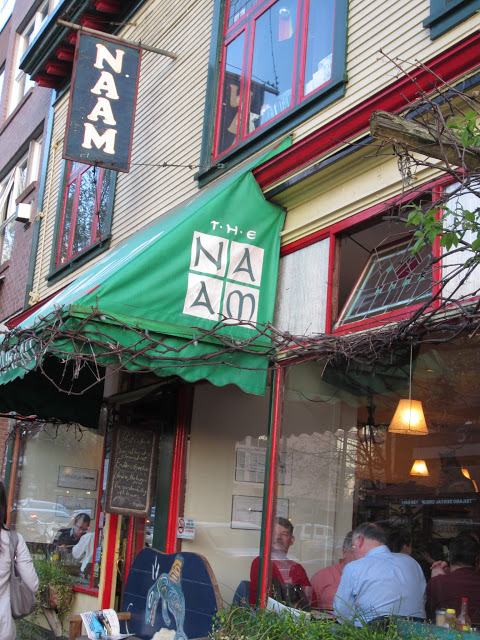 The lineup for Naam was quite long, about 30 minutes or so,
and the tables were really cramped together. 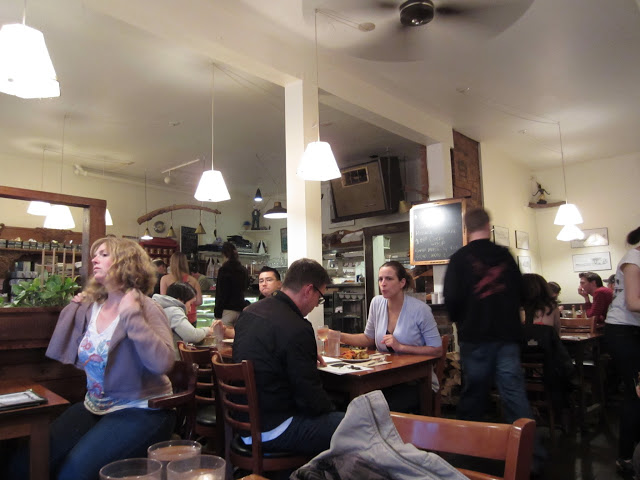 Trixie’s chair was even broken but she managed to sit on it
throughout the meal without it breaking on her. 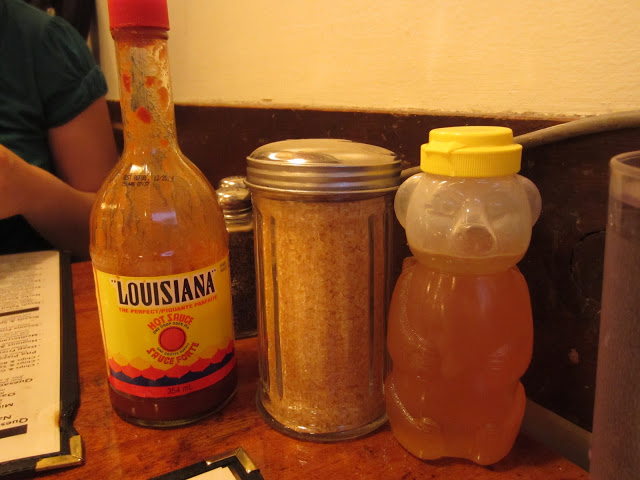 I LOVE how they provide the honey bear and brown sugar on the
table. Much healthier than traditional white sugar! 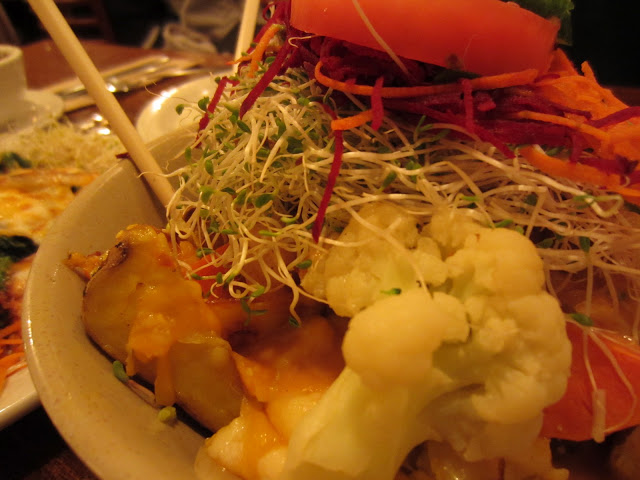 The naam fries were not as spectacular as I anticipated
because the wedges were so huge that it tasted more like roasted potatoes.

All three of us fell in love with the Popeye pizza. It might
have been the pound of melted cheese on top that made it so good, but honestly,
I didn’t feel an ounce of guilt from eating this. I particularly loved the
sprouts because it tasted great on top of my pizza. 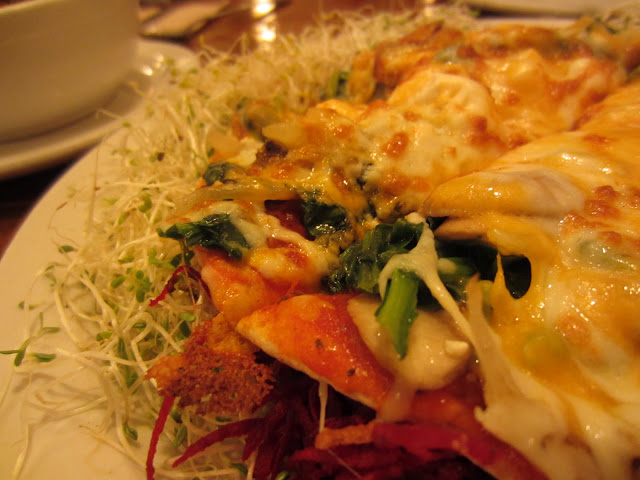 The spinach, onions, and mushrooms were all fresh and
abundant, the cheese was perfectly melty, and the pita made for a great pizza
crust. 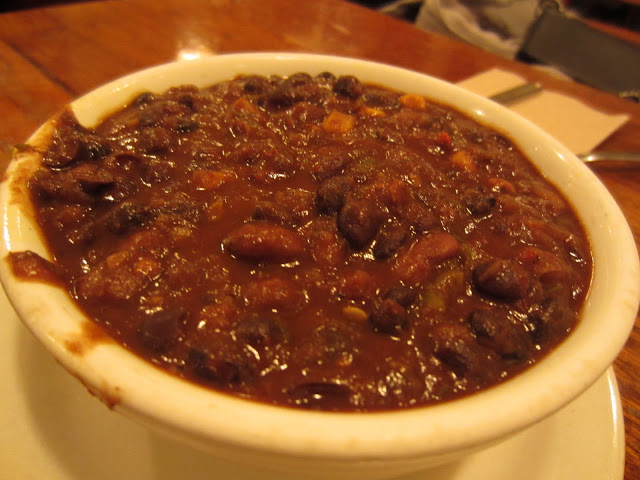 The bowl of black bean chili was pretty good although we found
it a bit spicy for our taste. Call me weird but I prefer the Tim Horton’s chili
over this one. 😛 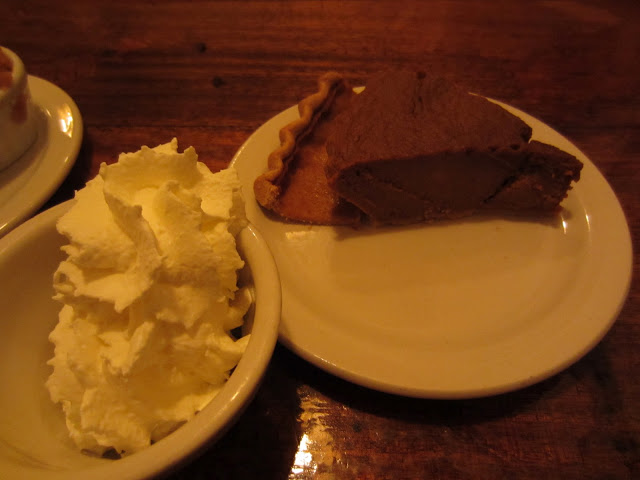 Misu had an intense craving for Pumpkin Pie ($6.50) so we ordered a slice to ease her mind and satisfy her stomach. 😀 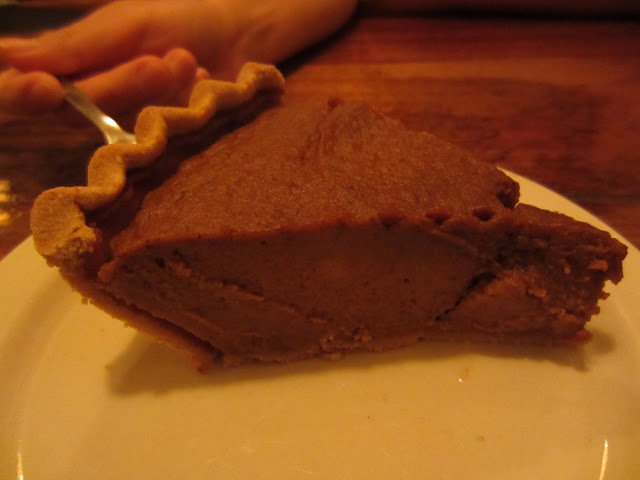 The pie was a tad expensive but the slices are big so no
complaints here. The filling was really delicious and it tasted oh so delicious with
whipped cream. 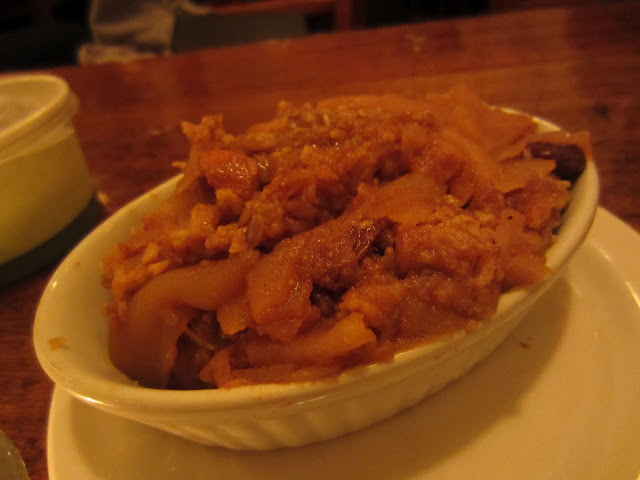 We shared another dessert, the Hot Apple Crisp ($5.95), which we had high expectations for because
the menu praised this to be ‘their’ dessert. 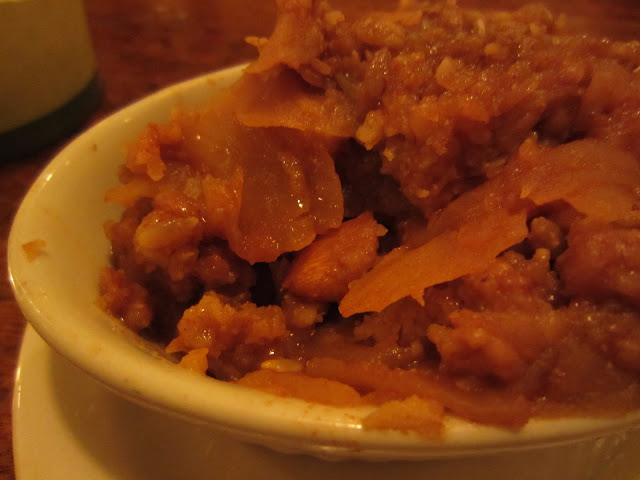 I thought it was pretty good but not as good as the pumpkin
pie. I did however enjoy the whole almonds that were in the pie as I don’t see
that very often.
Just a warning, after the meal, Trixie had an intense stomachache and became sick. I’m pretty sure it was something she ate at Naam but since Misu and I were okay, we weren’t sure what specifically it was. 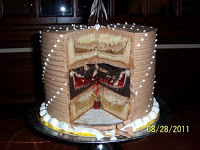 One thought on “The Naam- Popeye Pita Pizza For The Win!”