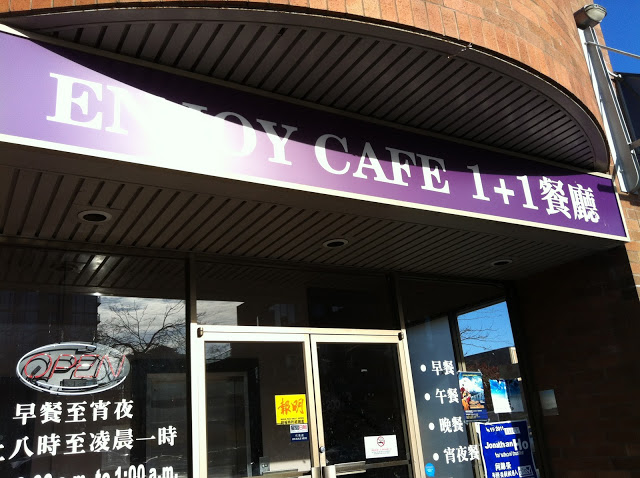 I realized that I have never been back to E-Canteen ever
since it changed to Enjoy Cafe 1+1. I have heard good things about their ‘HK
Style Milk Tea’ so Trixie and I decided to go for an early breakfast
one day. I really don’t know what’s up with the name “Enjoy Cafe 1+1” though…
it sounds quite random to me. 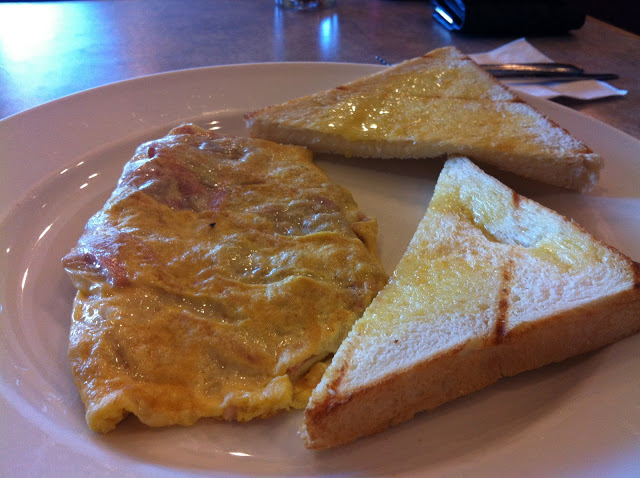 Trixie ordered the Mushroom
and Cheese Omelette (~$5.00) which came with two pieces of buttered toast
and a drink. We realized after a while that they gave us the wrong omelette but we didn’t inform the server because we were in a rush and really
didn’t care all that much. I found the toast to be slathered with way too much
butter but that’s just me. 😛 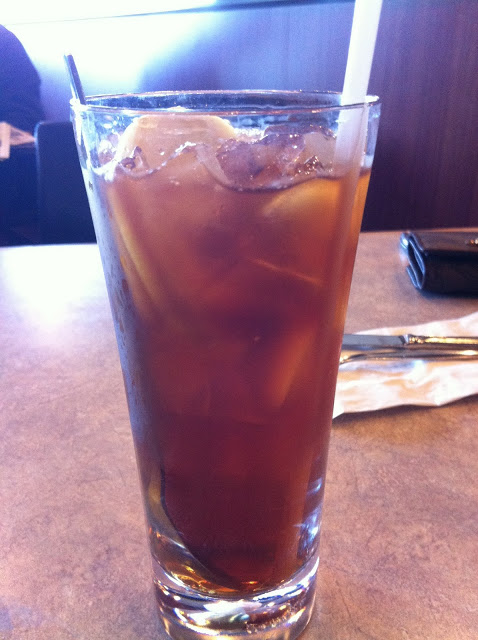 She ordered the cold
Lemon Tea and it was alright as always.

I got the Pork Chop
in Instant Noodles (~$5.00) with a hot Milk
Tea. The instant noodles were cooked perfectly in my opinion because they
were not too mushy and had the perfect chewy consistency.

The pork chop was served separate and it was pretty good. It
was flavourful even on its own so I ended up eating the pork chop separately
from my noodles. 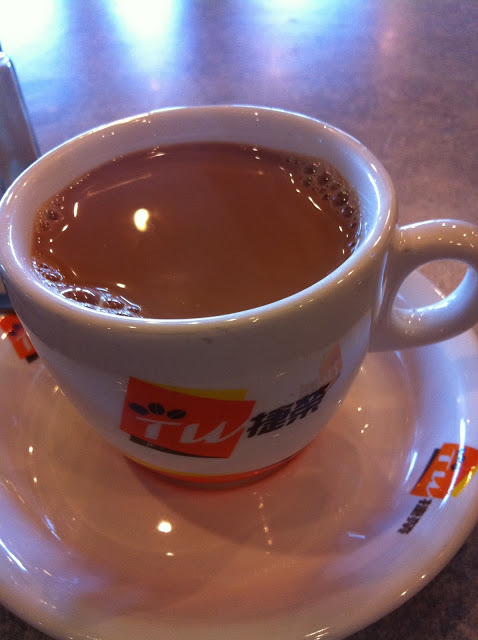 If there is any reason why you should choose this HK Style
Cafe over the million other ones in Richmond, this milk tea would be it. The
milk tea they serve here is truly one of the best milk teas I’ve ever tasted. It’s
incredibly creamy and aromatic. They must have gotten the recipe down to a
science because I bet it takes quite a bit of skill to make such darn good milk
tea.