Skip to content
Dim Sum
August 8, 2011January 23, 2016 admin 0 Comments
Yesterday, my family (aka Kirpa, Kirma, and Kirbro) decided to go dim sum at Vivacity Restaurant. It is located on Alexandra road in Richmond and this restaurant is one of my favourite dim sum places because of their amazing “Fish Maw w/Shrimp” dish that I will talk about later. 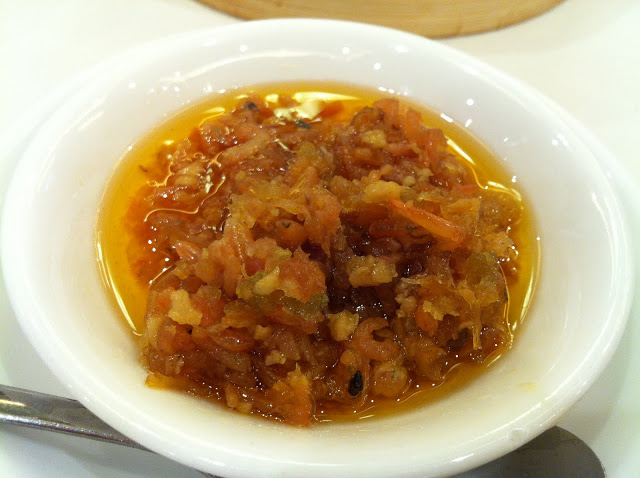 So before we received our food, we were given a plate of XO sauce. You need to ask a server for this, but please do, it makes everything taste magnificent. We asked if they sold the XO sauce in jars but they don’t.. 🙁 It has a lot of ingredients such as dried shrimp and dried scallops. It is also not very spicy which is great, in my opinion. 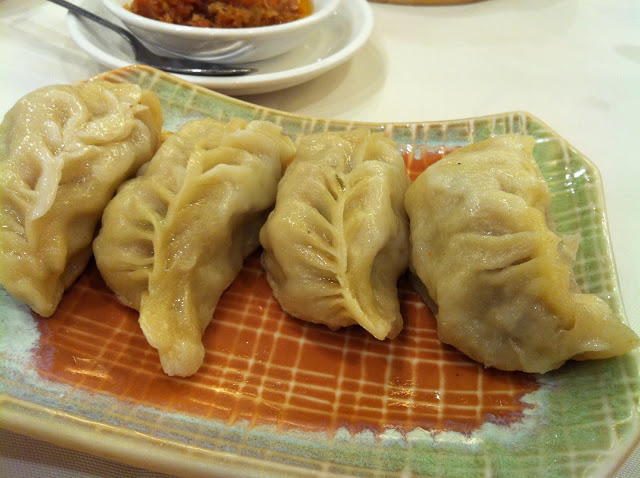 We ordered the Pan Fried Pot Stickers ($3.95) and they were pretty good. It had a lot of meat but it wasn’t super juicy or anything. I would probably not order this again since there are so many other better dishes on the menu. 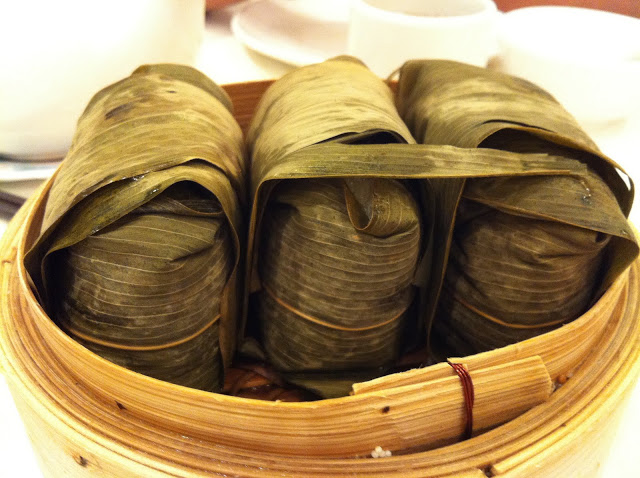 Next up was the Steamed Sticky Rice w/Lotus Leaf ($4.35). I didn’t have any so I cannot personally comment on the taste, but Kirbro said it was pretty good. 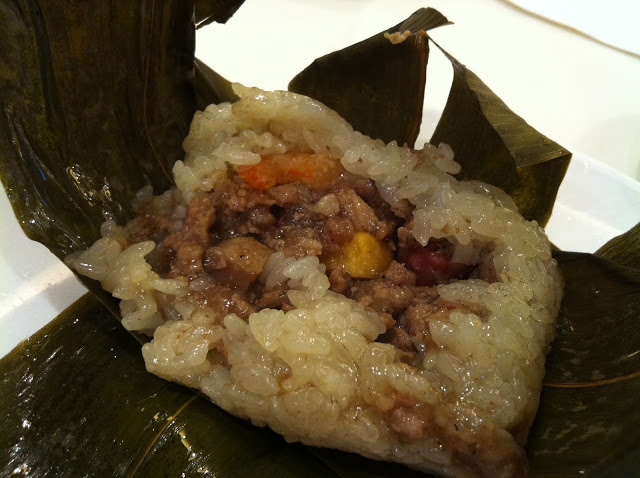 The sticky rice was wrapped around a yolk, dried shrimp, shitake mushrooms, minced pork, and a few other ingredients I can’t pinpoint. 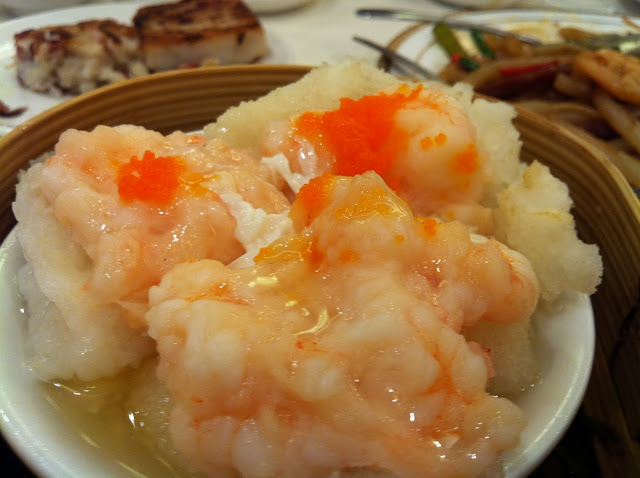 This dish is one of the reasons why I always come back to Vivacity Restaurant.. Steamed Fish Maw w/Shrimp Paste ($4.85)!!! This is just sooo freakin delicious! The fish maw is always so puffy and soft, like savoury cotton candy. heh. And the shrimp just accompanies the fish maw so well. All the flavours come out when steamed, so the natural juices that are released from cooking makes for a perfect sauce. 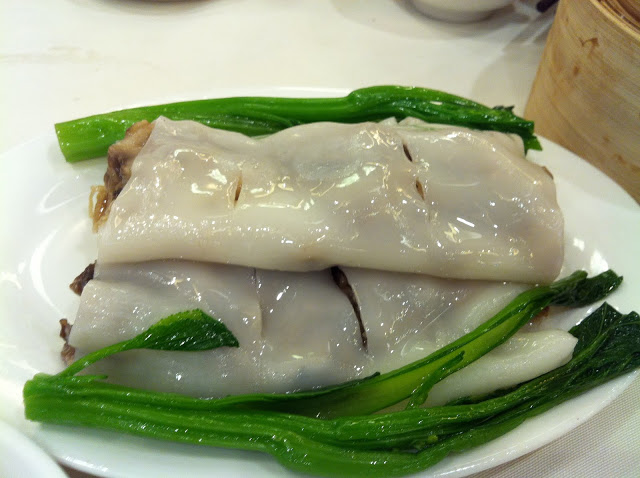 This is the Steamed Rice Roll w/ Mushroom ($4.50) and it was good. Nothing spectacular. But again, I doubt people can make rice rolls taste spectacular. 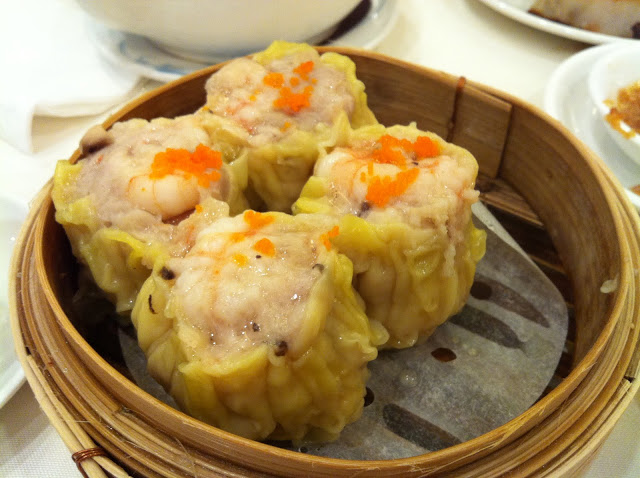 The classic Steamed Pork Dumpling ($4.50) aka Siu Mai. They were pretty good, with large chunks of shrimp within each dumpling, but I have had better. I would have liked it to be more juicy. 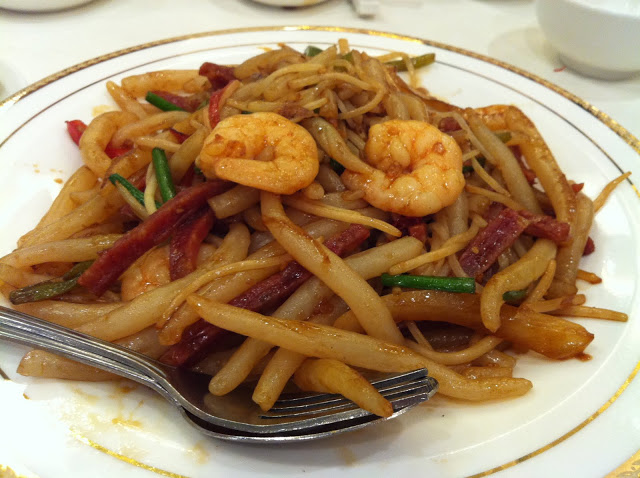 This is the dish I get everytime I come because I am never able to order this anywhere else! It is called Stir Fried Rice Roll in XO Sauce ($7.95). It is not really a rice roll but I guess they don’t know what else to call it in English. I searched it up online and I believe they are actually called silver needle noodles (wikipedia link attached). They are usually hand pulled by the chef one by one and that is how the signature look of the noodle is created.

For this dish, I always put more XO sauce into it before I eat it. haha. So delicious! 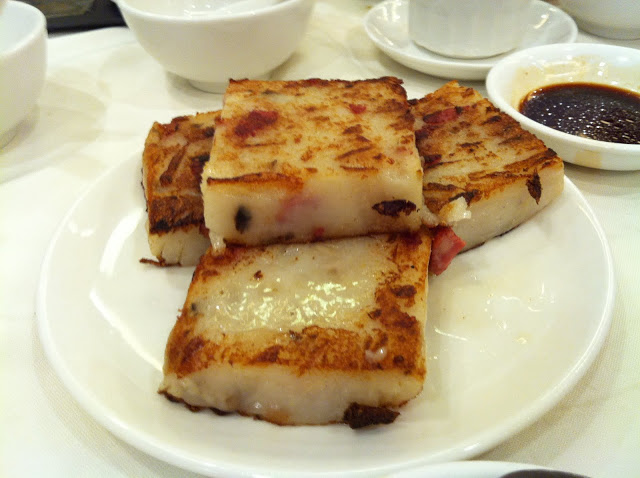 My family rarely orders Pan Fried Radish Cake ($3.95) at dim sum restaurants but I gotta say.. these were pretty good. It comes in four pieces and each piece had a lot of radish chunks. The preserved/cured sausage embedded in the cake also gave it much depth and flavour. 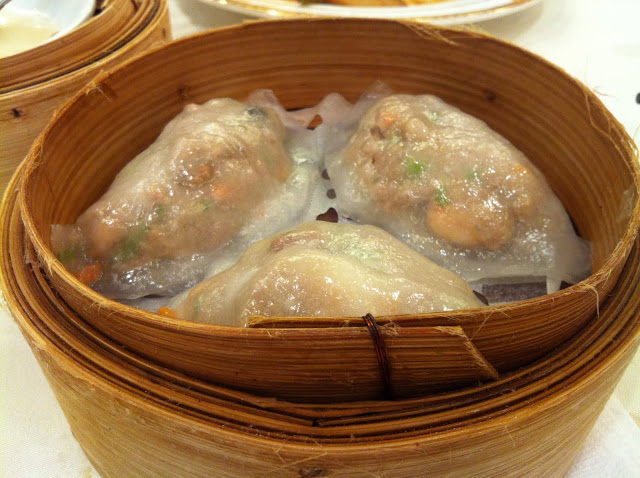 This is called Steamed Pork and Shrimp Dumpling ($4.50) which sounds awfully similar to the steamed pork dumpling from earlier. However, they are completely different. This dumpling is wrapped with a transparent rice skin and apparently is very difficult to make as it dries very easily. 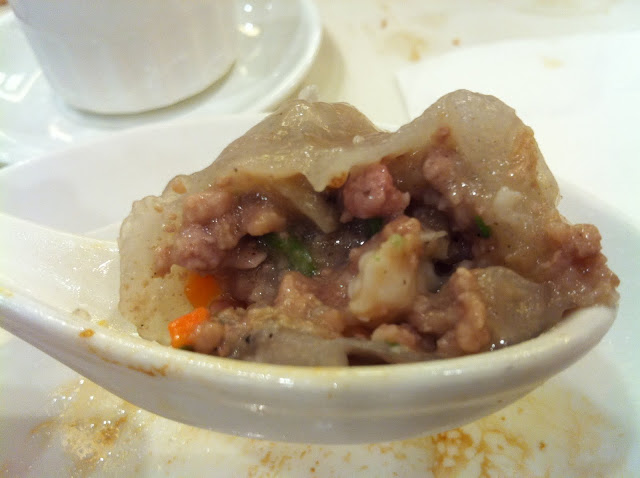 The filling consisted of carrots, minced pork, radishes, green onions, and preserved vegetables. This dish can also be ordered deep fried (called Deep Fried Pork Dumpling) but if you are a bit health conscious, go for this one instead. It’s just as good. 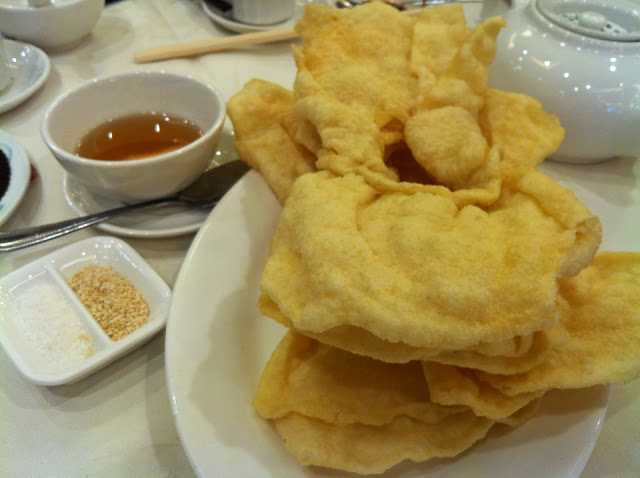 This is my first time trying this apparently very simple and popular hk street food called Crispy Egg Donut w/ Honey & Sesame ($4.50). This is literally a deep fried egg based dough. You drizzle on the honey, sesame, and coconut shreds that they have provided, and it makes for a sweet dessert or snack. 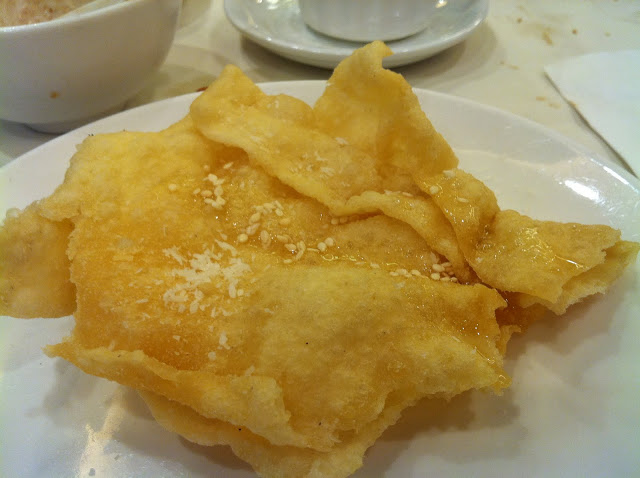 I didn’t really care too much for this dish because it felt incredibly unhealthy and fatty. I felt like I was eating air yet I could feel the calories. Worst combo ever. I can see this being a pretty good snack at PNE or an amusement park, but that’s it. I probably would never get this again. 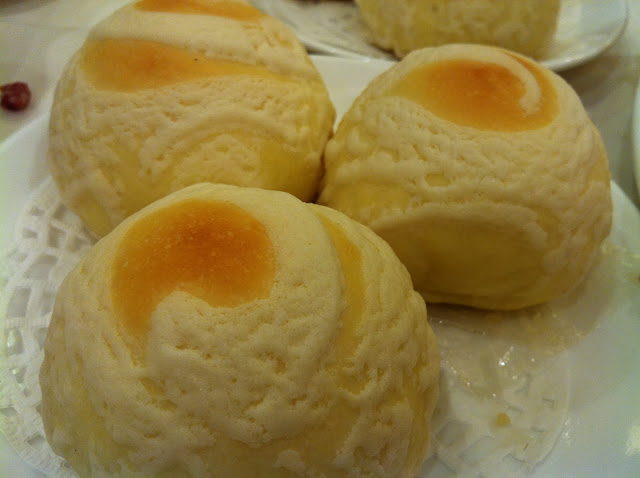 Now… BEST FOR LAST! These Empress Buns ($4.00 i believe) are not on the menu so you have to request them. They were still being made from scratch in the kitchen when we ordered them so that’s why it took them so long to bring it to our table. It is a yeast based bun filled with BBQ pork inside and a mexican sweet crust top. 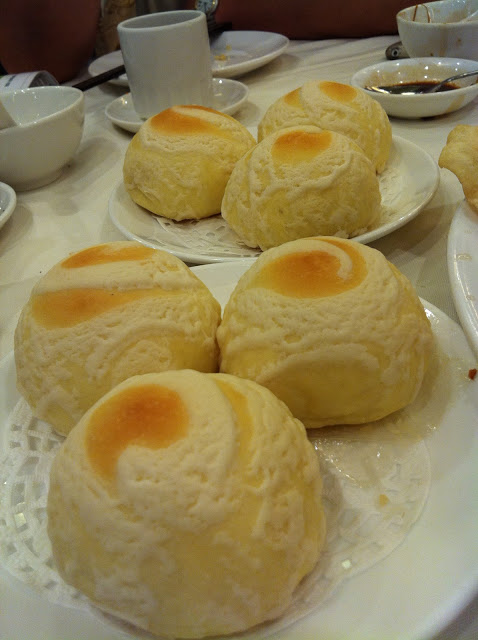 Clearly, we love our Empress Buns. They were incredibly pillowy and soft to the touch. With them being straight from the oven, it was heaven. Pure heaven. 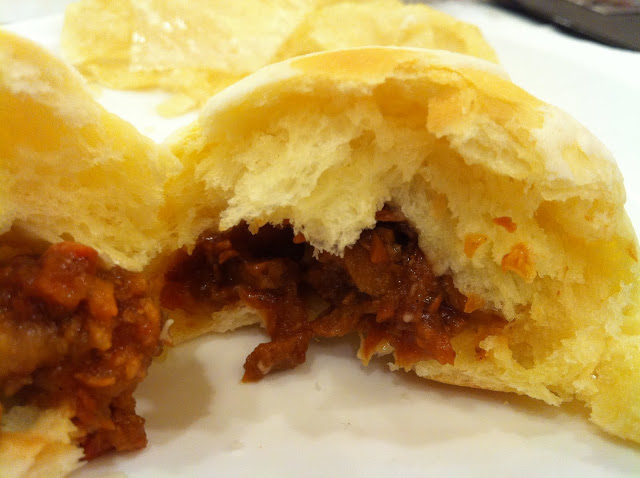 The bbq pork filling is such a nice contrast to the sweet bread surrounding it. I love the sweet and savory combination. If you are ever coming here for dim sum, get this dish!! You will not be disappointed!

This dim sum place is relatively inexpensive and provides good service and better food. So big two thumbs up. 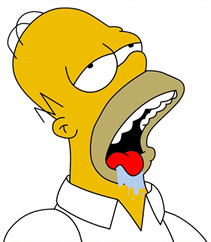 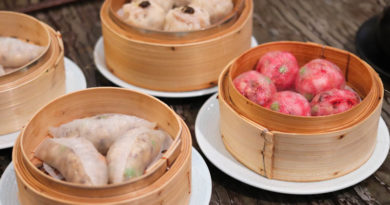 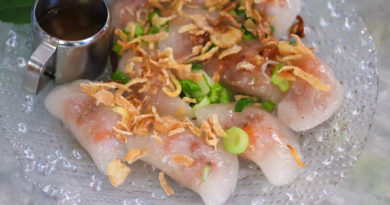