B-Boy, FW and I were craving a little dessert, so we decided to make some good ol’ traditional bread pudding! We followed the kraft recipe for “Rustic Chocolate Cinnamon Bread Pudding”.. nomnom..

This recipe was incredibly easy and required minimal ingredients. Who doesn’t love that? 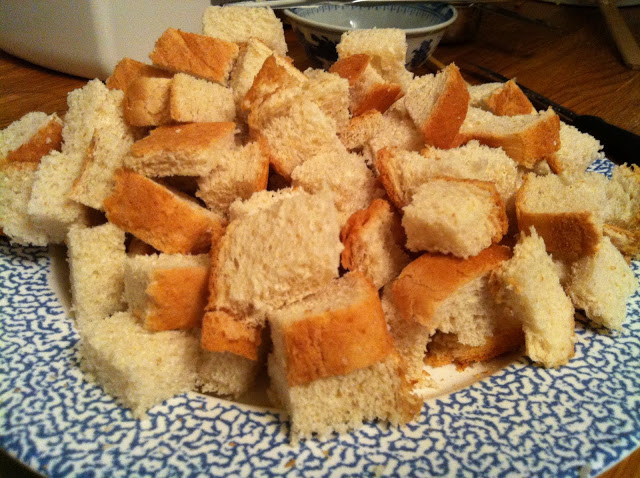 First off, we cubed 7 slices of white bread (this one is suppose to have all the goodness of whole grain! :P)

We chopped up two baker squares of chocolate into little chunks. 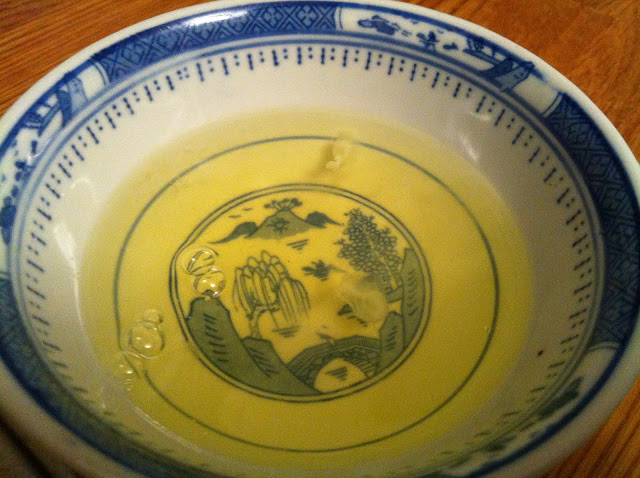 The egg whites were separated from the yolk and added into the cream cheese and sugar mixture. 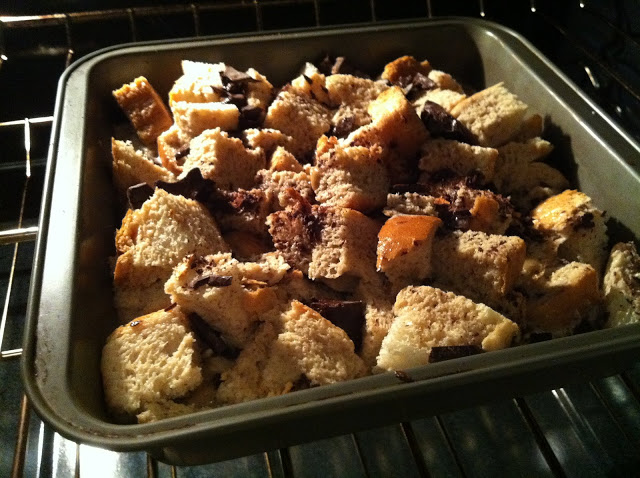 This what it looks like with the bread, chocolate pieces, and the milk/cream cheese mixture in the pan before it’s cooked. It just looks like soggy bread.

But lo and behold, soggy bread transforms into…. AWESOMENESS! It only took us about 45 minutes to make (including baking time), so it’s not bad at all. 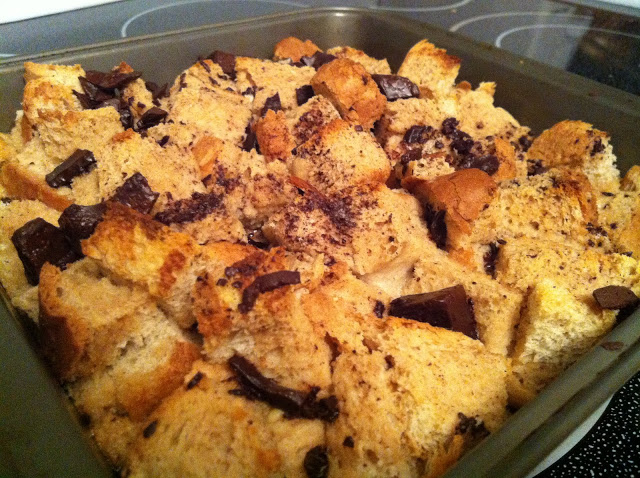 This is comfort food right here. Just make sure you don’t eat the whole pan because that’s 7 slices of bread for ya!