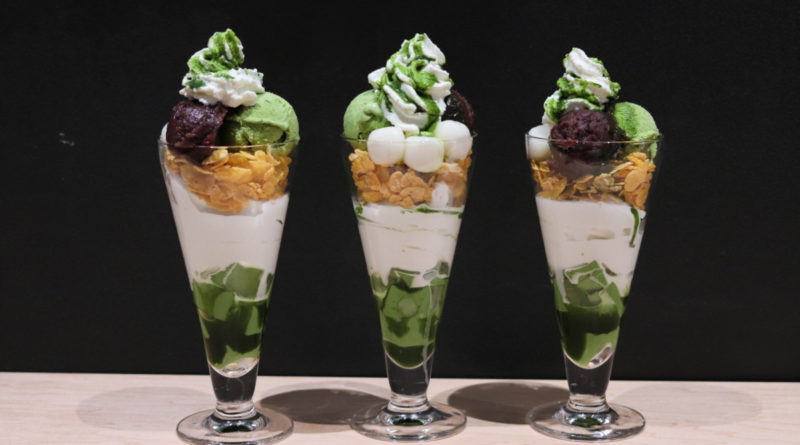 When I was visiting Japan last month, I saw this cafe called nana’s green tea everywhere I went. From Tokyo to Osaka, every time I walked past this cafe I wanted to try it, but each time I was either on my way to another restaurant or I was simply too full. Thus, you can imagine my excitement when I found out nana’s green tea is opening their first ever North American location on June 6th in Vancouver, Canada! 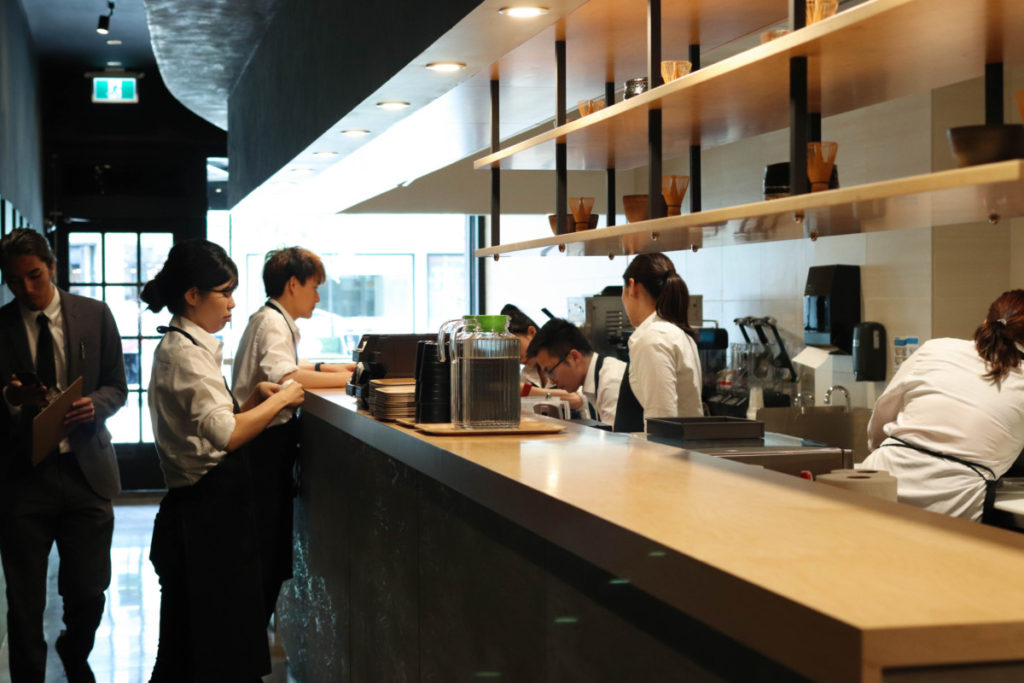 I was lucky enough to be invited to their media event prior to grand opening to sample a variety menu items.

Their cafe is located on 2135 W 41st Avenue, right in the heart of Kerrisdale. All of the employees spoke Japanese (and English), and the menu and decor looks very similar to the ones I saw in Japan.

Did you know? There are 81 nana’s locations in Japan and 16 locations in the rest of the world! They are even regarded as the ‘Starbucks’ of Japan. 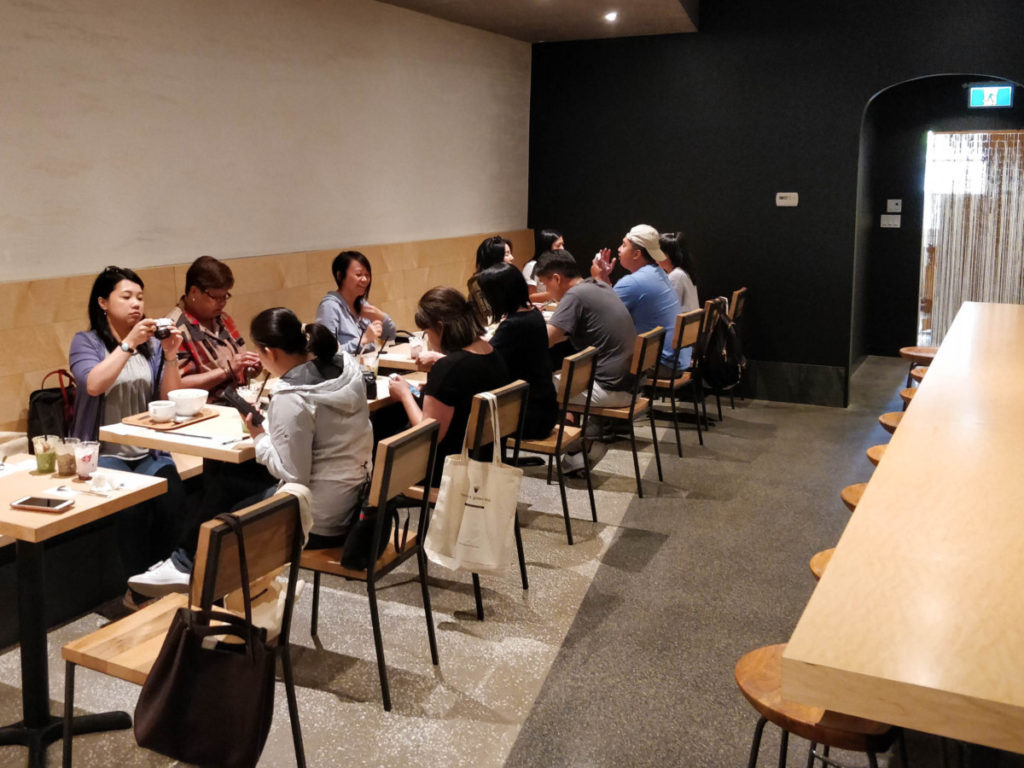 The restaurant seats 26 (18 booth seats/8 counter seats) and even though the tables were side by side, it did not seem too cramped. 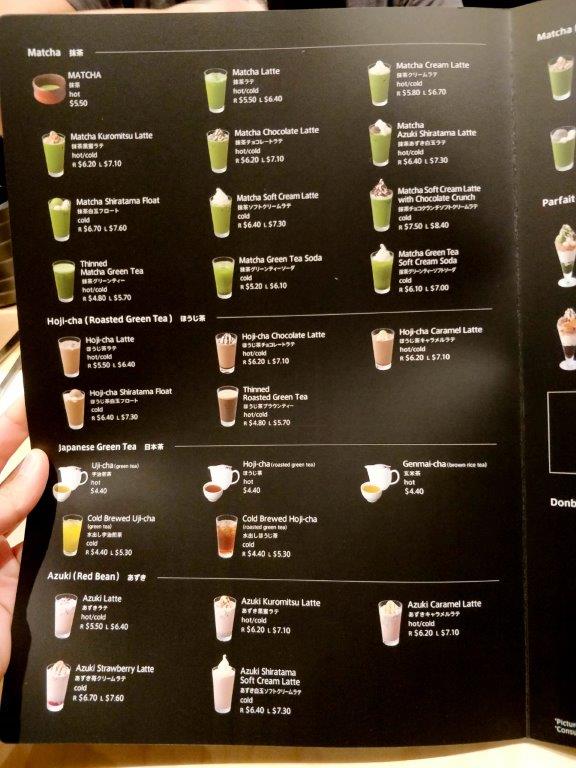 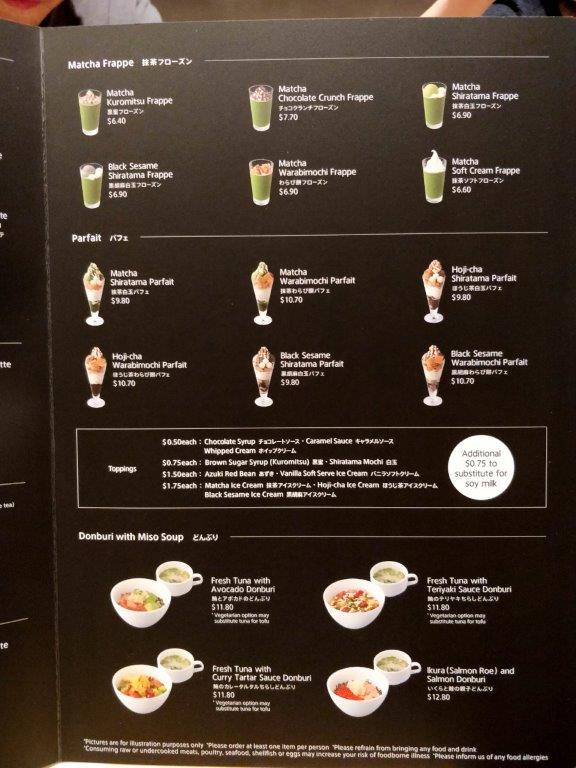 Their full menu for you to take a look at. They primarily serve drinks and desserts, with the tea varieties ranging from matcha, hojicha, to genmaicha. They also have four donburis as savoury food options. 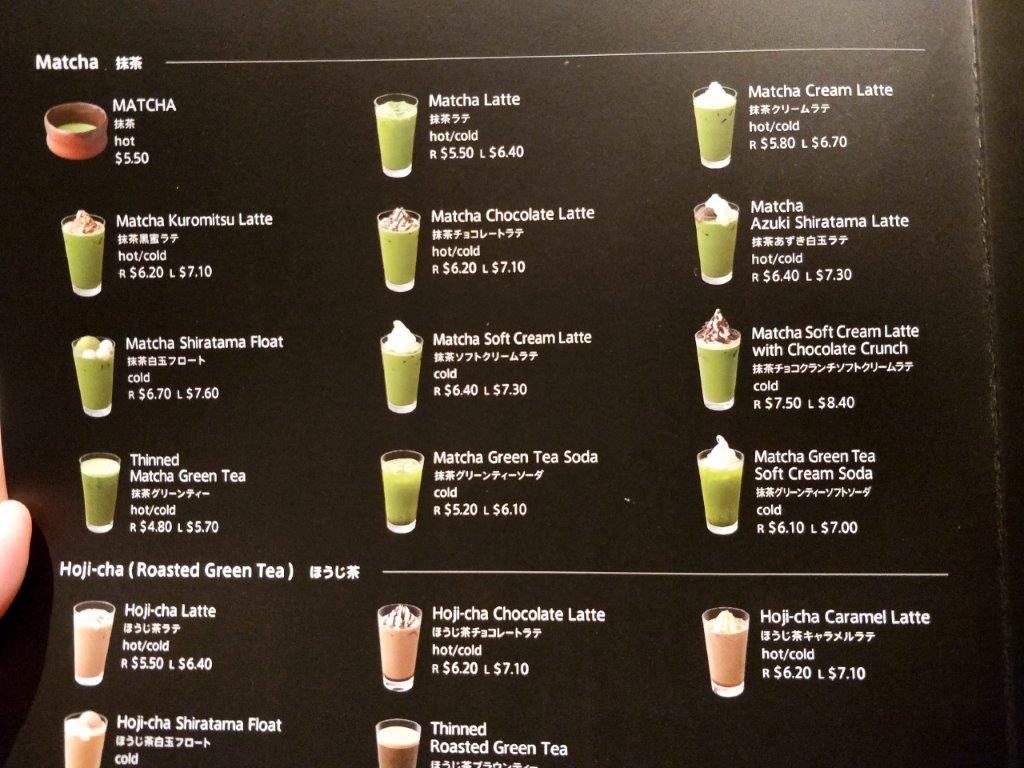 I’ve been waiting SO LONG for an all matcha cafe to show up in Vancouver and I’m so glad it’s finally happening. Looking at this menu honestly makes me so happy inside. 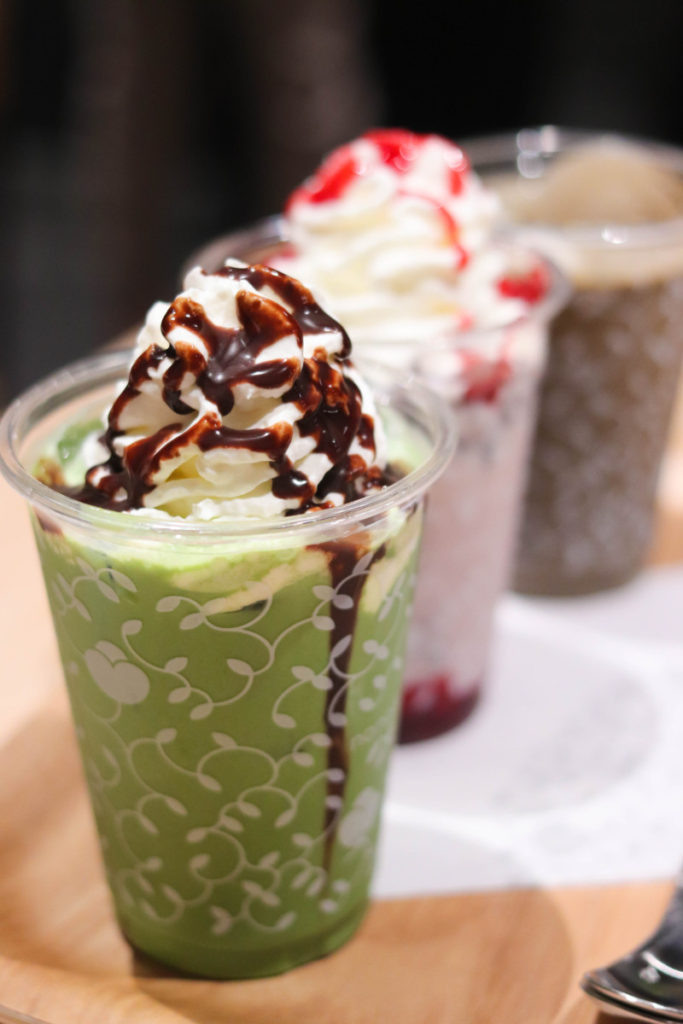 They use matcha from Uji, Kyoto which is quite apparent when you taste this drink (if you follow me on Instagram, you’ll know I went to Uji during my trip, and Uji matcha is now the only matcha I’ll ever drink for the rest of my life). The matcha flavour is strong and is much more fragrant on the palate compared to say, matcha powder from the Starbucks here. 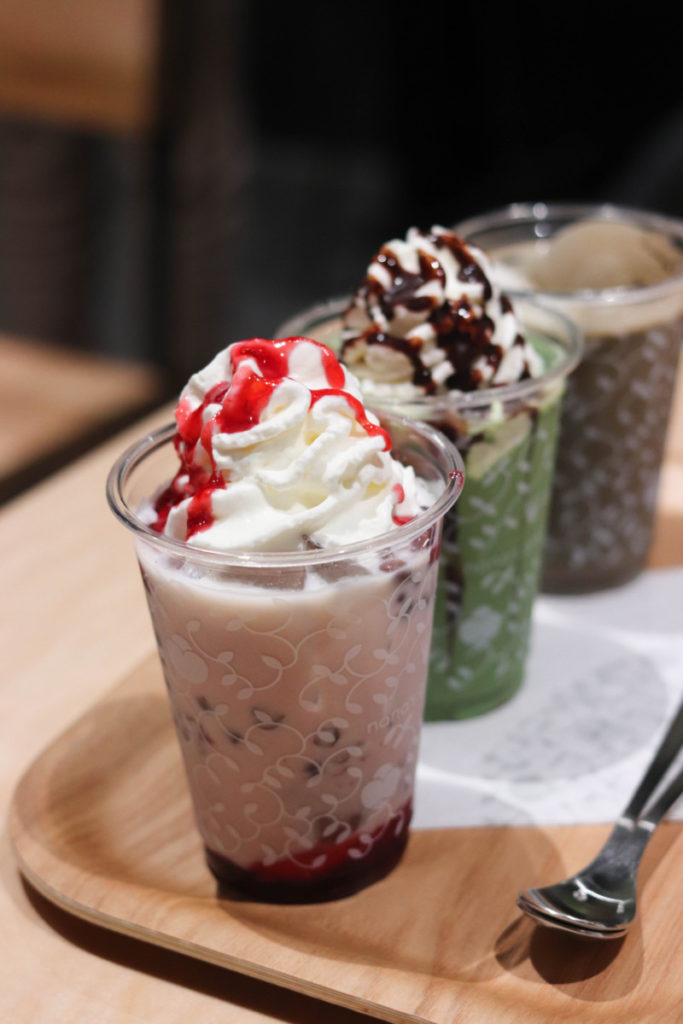 The Azuki (red bean) Strawberry Latte was surprisingly really good! I wasn’t sure how red bean and strawberries would taste as a flavour combination but it was actually quite complementary. Tip: the bottom of the cup contains some delicious strawberry jam which you’ll need to stir in before drinking. 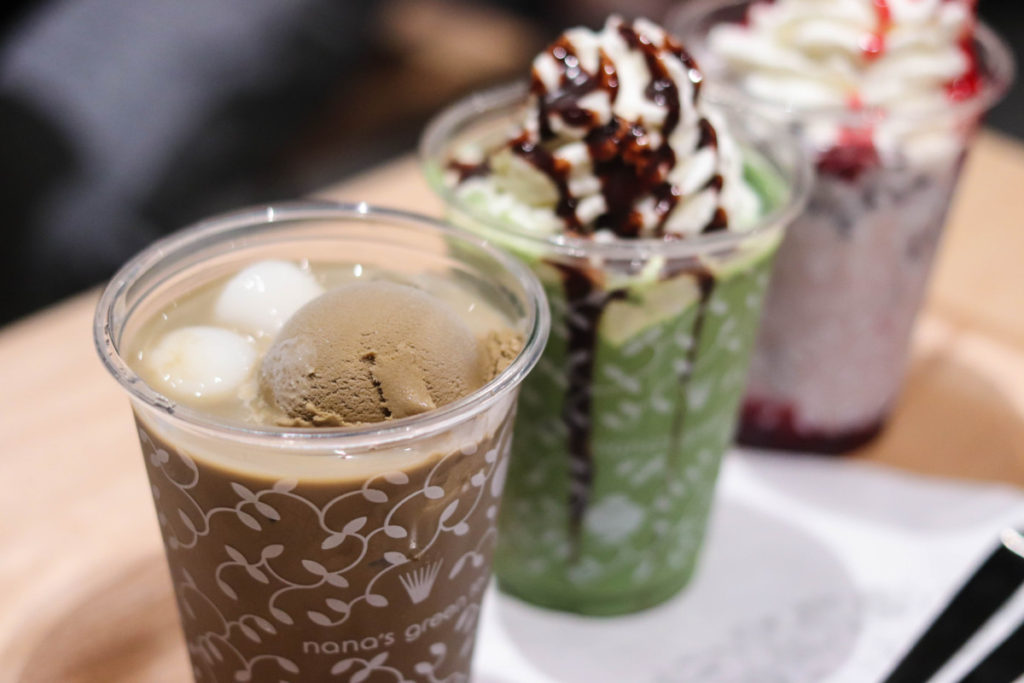 Out of these three drinks, my ultimate favourite was the Hoji-cha Shiratama Float. Hojicha is a dark roasted green tea that has a very nutty dark flavour when drinking it straight brewed. I wasn’t really a fan of this tea until I tried this drink. The ice-cream was absolutely delicious and the creamy hoji-cha latte reminded me of the roasted milk tea from Chatime, but in a different and even more intense way. It’s hard to describe but I would recommend getting any item on the menu that has Hojicha in it! 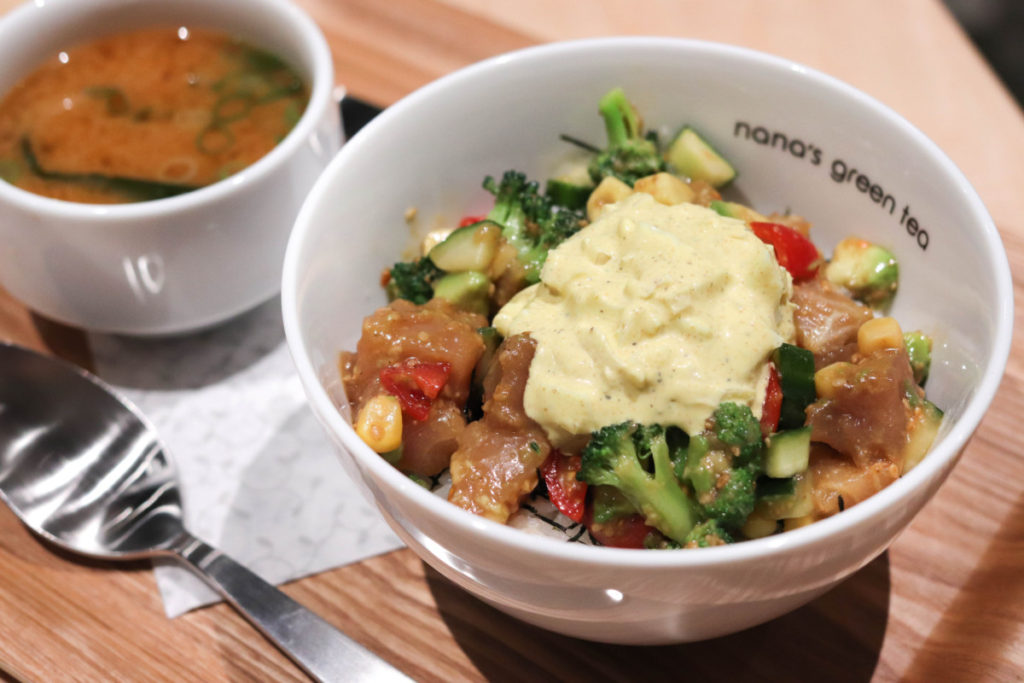 One of the donburis we got to try was the Fresh Tuna with Curry Tartar Sauce Donburi w/ Miso Soup ($11.80). The combination of raw tuna and curry tartar sauce was new to me but it actually worked quite well when mixed in with the rice. My only recommend would be going heavier on the portion of tuna but that could just be me selfishly wanting more protein :P. 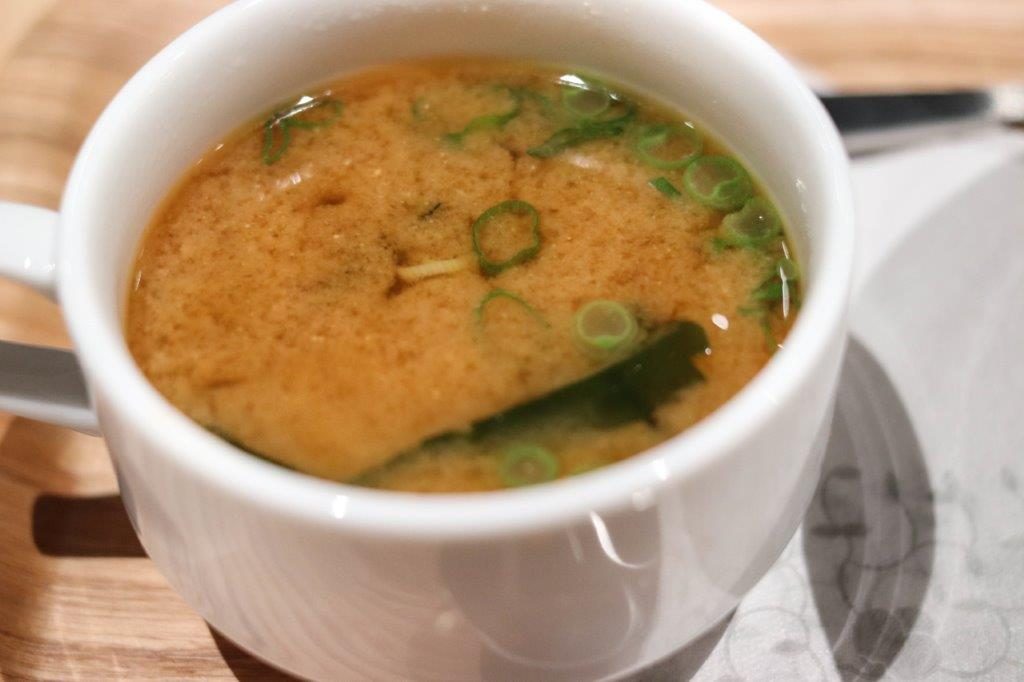 Normally miso soup is nothing to write home about but both Meta Knight and I found it to be a much more superb version of the miso soup we normally get here. The flavours were deeper, darker, and more concentrated. 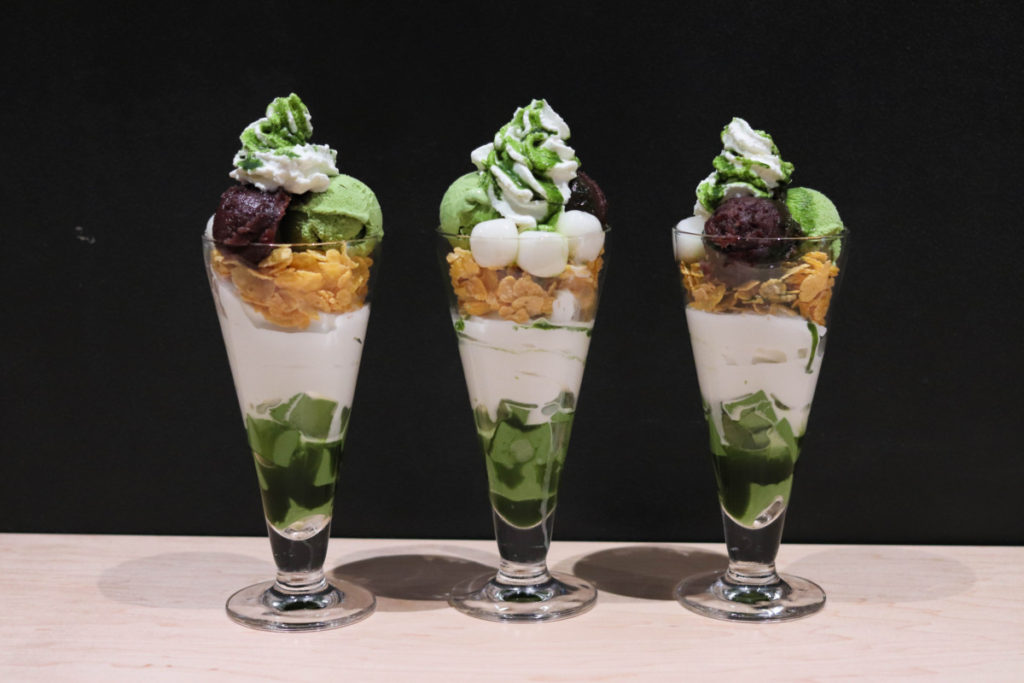 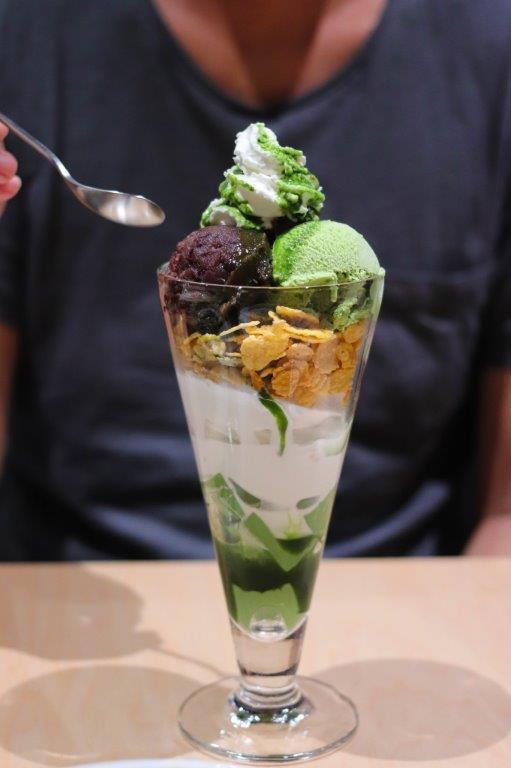 How this is less than $10 is beyond me. Even in Japan, I had to pay between $12-$15 for every good quality matcha parfait I ate. Just because of the affordability alone I would make the trip over to nana’s. Taste wise, the parfait is solid. It’s an awesome dessert to share and it tastes great even after the ice-cream and whipped cream has melted. 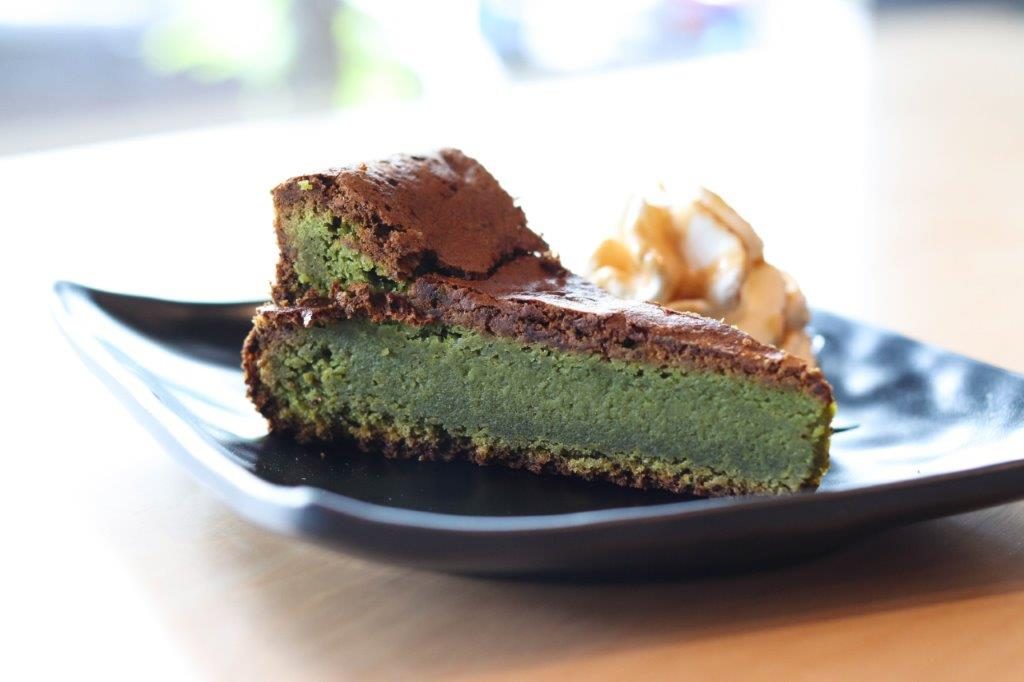 The Matcha Gateau Chocolat tasted like a dense flourless matcha cake or brownie. The cake itself is not very sweet so it is enhanced by the sweet caramel whipped cream on the side. 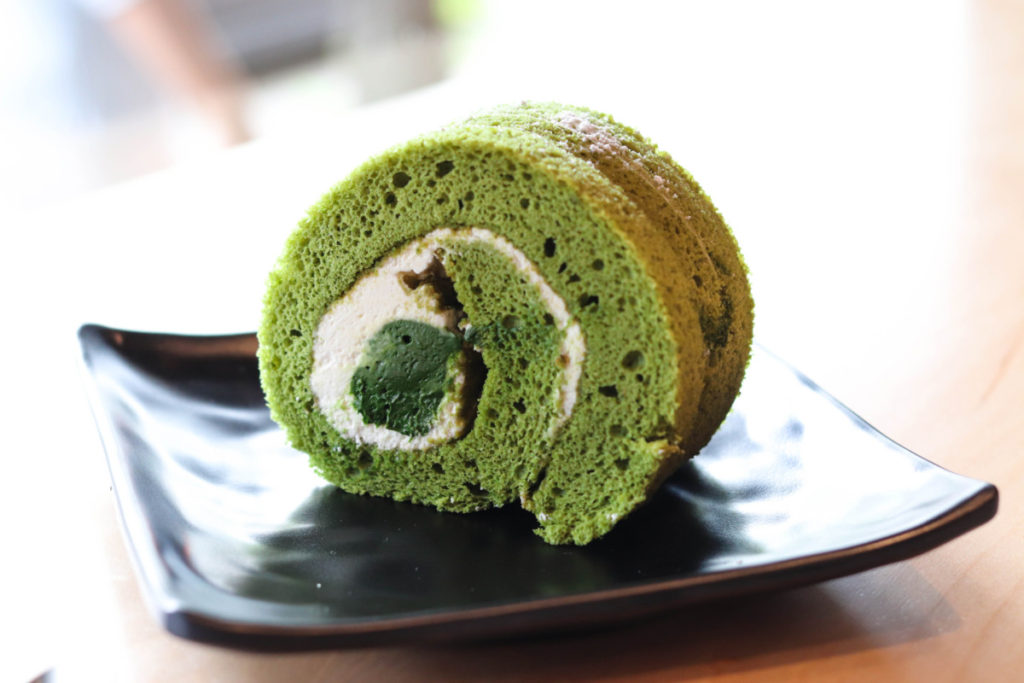 For all you crazy matcha lovers (like me!), this is the dessert you’ll wanna get. It’s the Matcha Roll Cake and while it may look like a simple matcha Swiss roll, it’s the deep dark center that will shock you. While in Japan I had the strongest matcha ice-cream in the world from Suzukien and this deep matcha paste tasted even stronger than that. To me it tasted like a little patch of heaven because I love the bitterness, but for others, be warned. 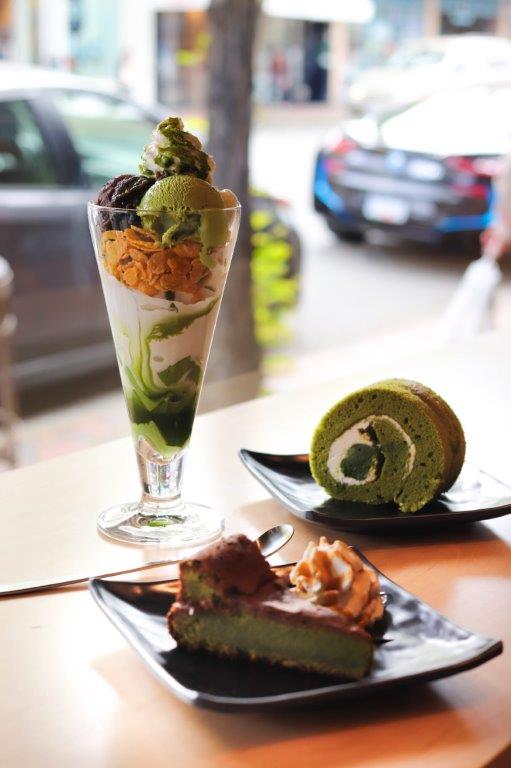 All in all, I thought every single item I tried was scrumptious and I would highly recommend this cafe for studying, late night dessert with friends, and even as a grab-and-go stop for high quality matcha drinks. The prices are not unreasonable but it ain’t cheap either. Just know you will be getting top notch, authentic matcha products if you were to dine here. Their grand opening is on June 6th, 2018 so make sure you go and check it out. 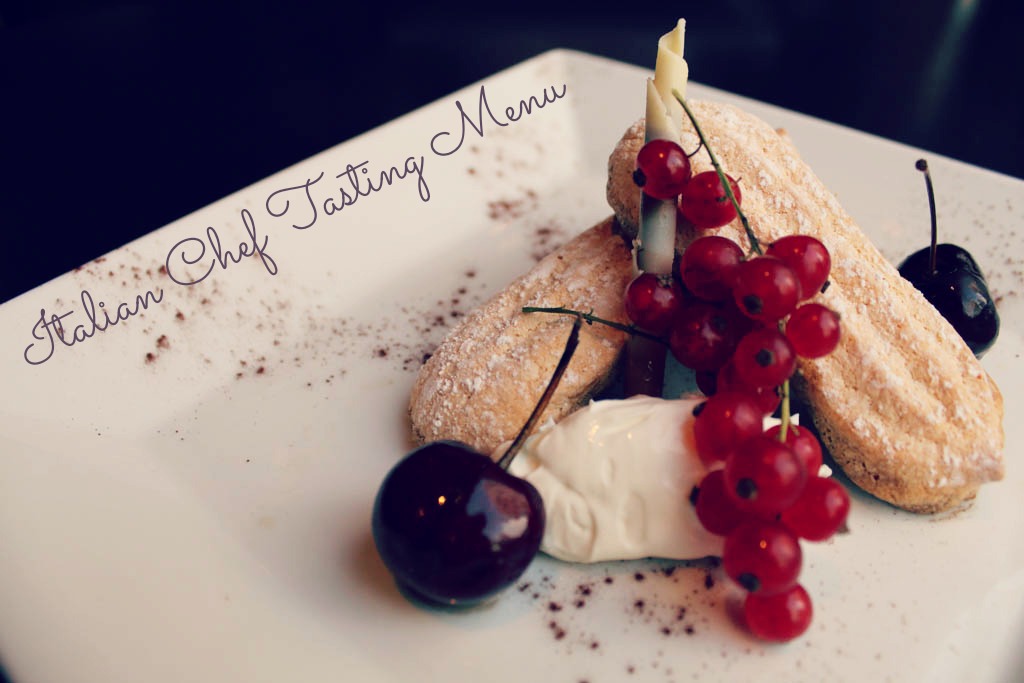