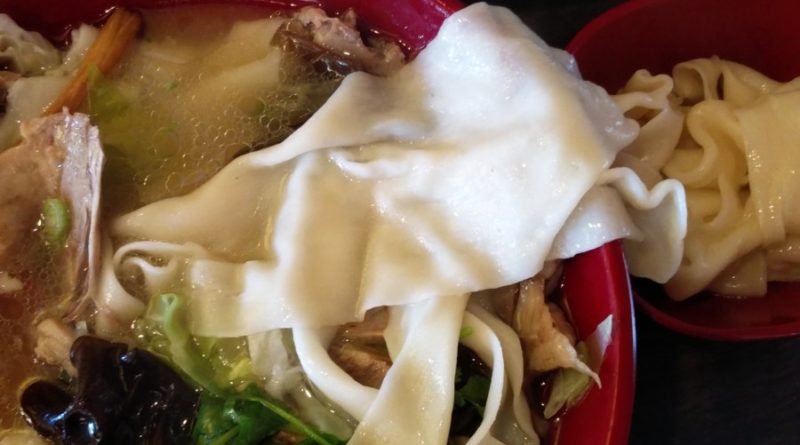 As most of you know, I’m in Richmond a lot which means I take the opportunity to try all the new restaurants that pop up every few months. Recently, Meta Knight and I stumbled upon this restaurant called Old Xian’s Food next to Pearl Castle and Yuu Japanese Tapas in Continental Plaza. 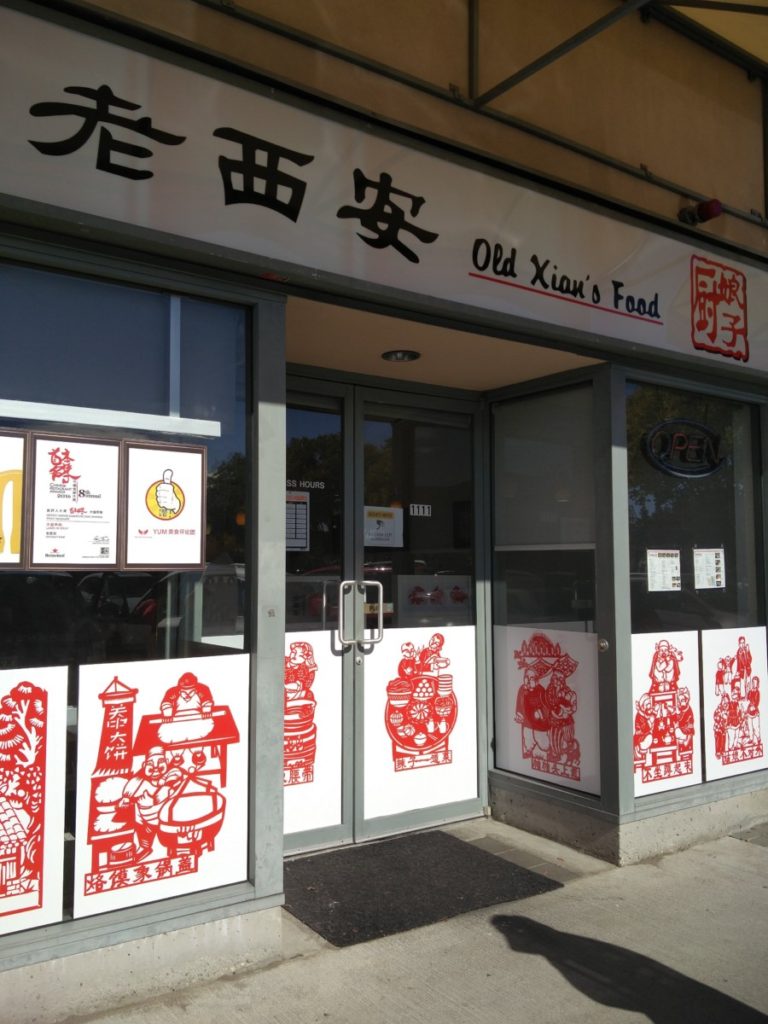 At first we were very skeptical to go in because we had absolutely no clue what they served and couldn’t find any reviews online. But after much contemplation, we decided to just give it a try, and boy was it a good decision! 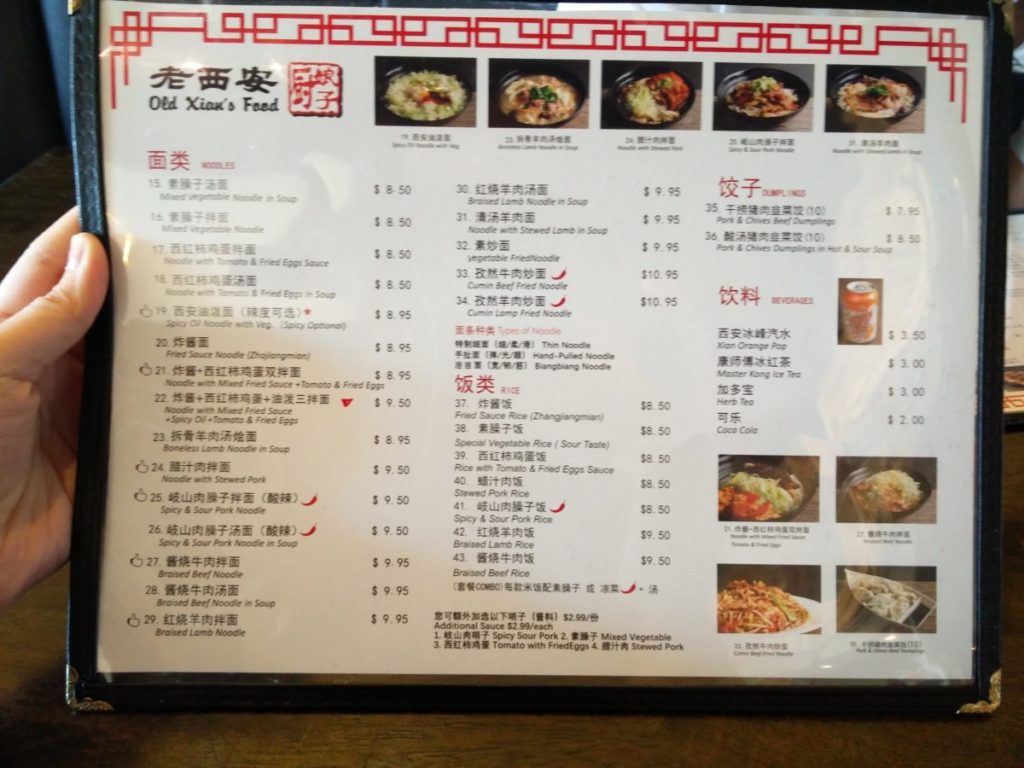 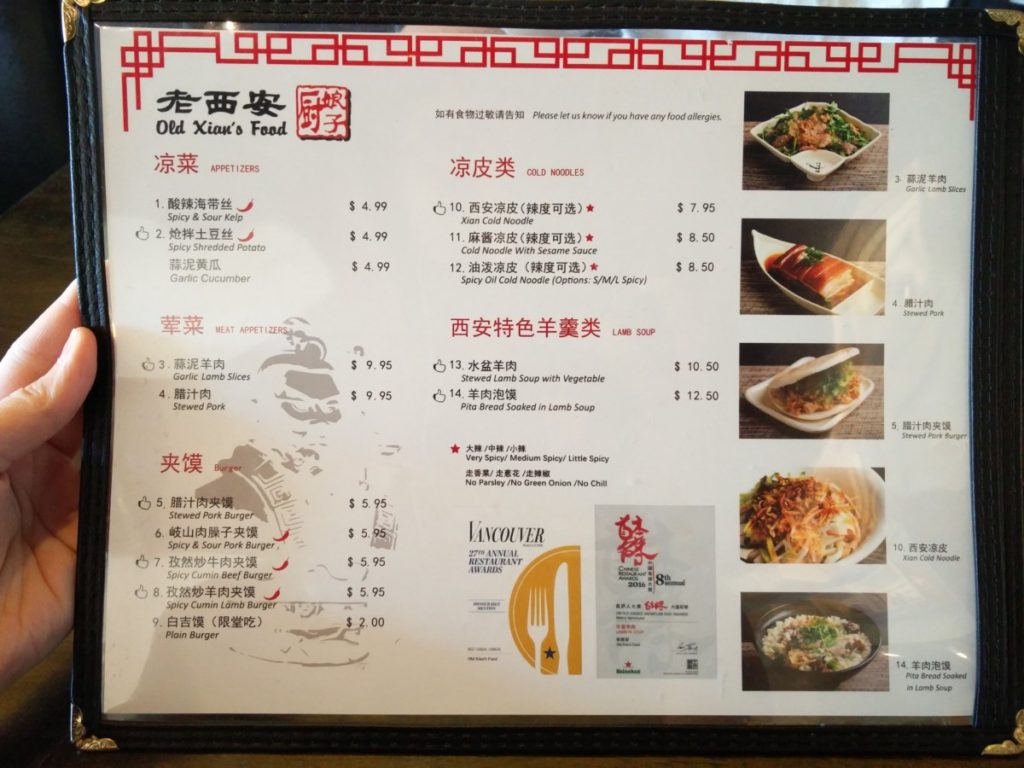 In addition to noodles, one thing that peaked my interest was their Chinese style ‘burgers’. We really had no idea what to expect but we thought they would be like those steamed baos similar to Bao Down. 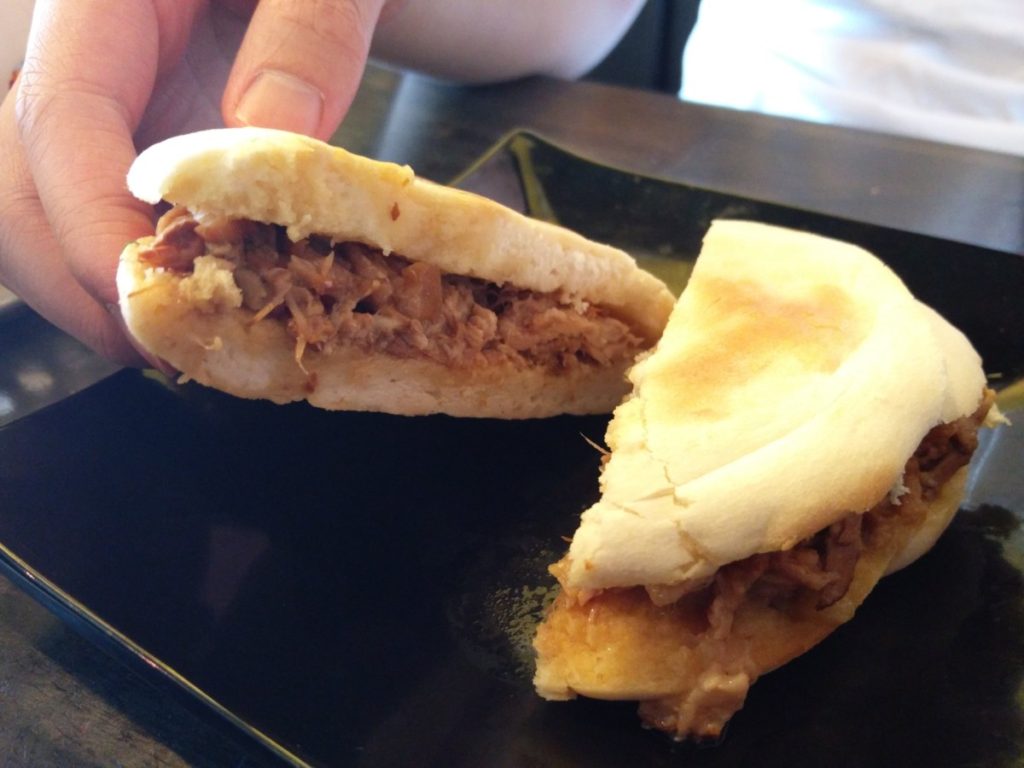 In the end, we got the Stewed Pork Burger ($5.95) to share and the bun was not what we expected. Instead of it being fluffy and steamed. It was more dense and crispy. It ALMOST (not really) tasted like a cross between a gluten free bun and an english muffin. The burger in its entirety was wonderful. I didn’t care that it was not fluffy and soft. The flavours were there and we came back and tried the lamb burger on our second visit. 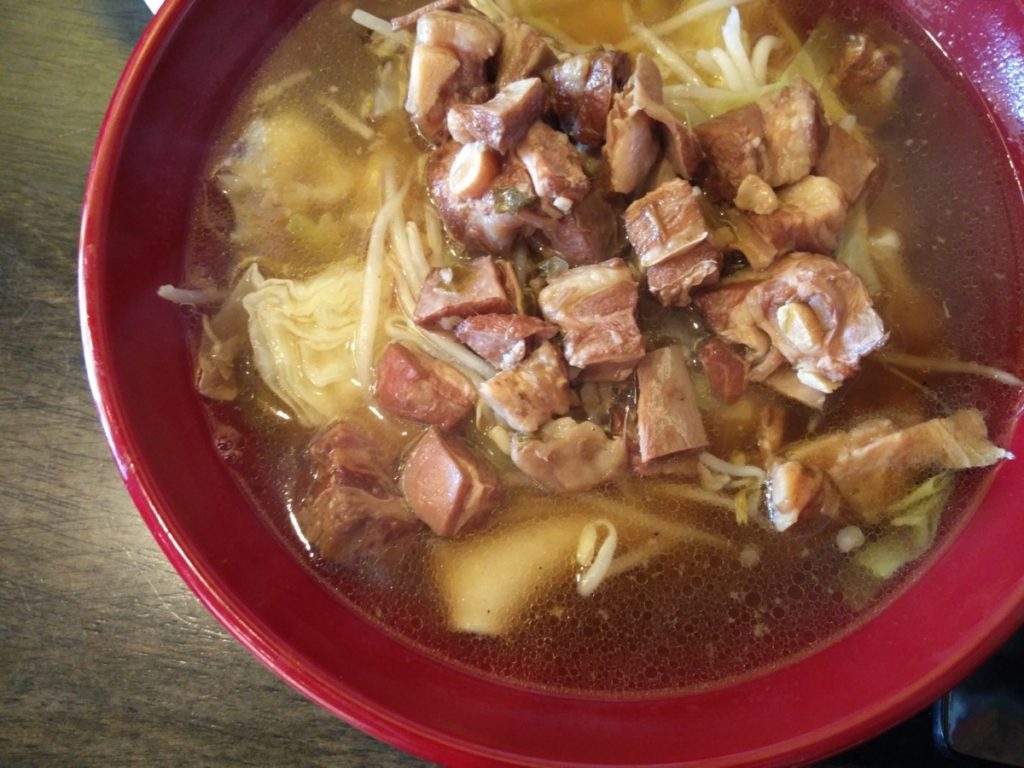 The servers here barely spoke English so we weren’t sure what this was. This was either the Braised Lamb Noodle in Soup or the Noodle with Stewed Lamb in Soup ($9.95). This particular soup had a bit of Chinese medicinal herbs so it tasted very earthy and the lamb chunks had pieces of bone in it which added a lot of wonderful flavour to the broth. Overall, I really enjoyed this one and would gladly get it again. 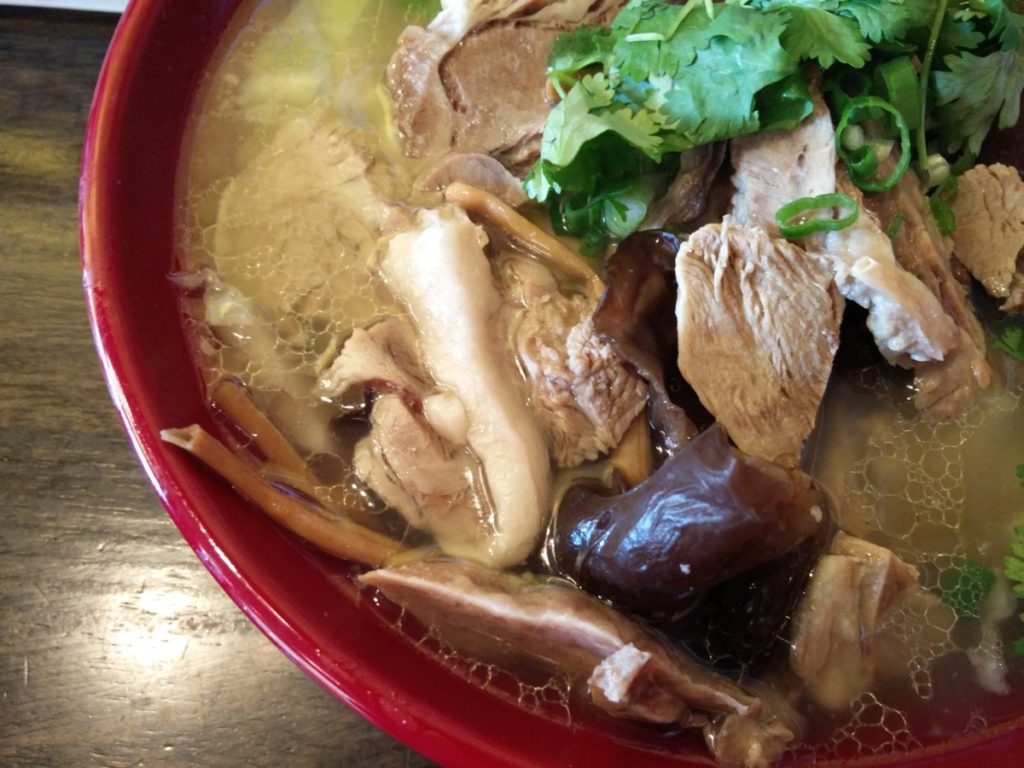 This is the other one (either Braised or Stewed) and as you can see, the broth was a little oily-er and it generously coated the surface. The lamb pieces instead of small chunks, were large fragmented pieces that overall gave a meater bite. The broth was also clearer in colour and in taste. 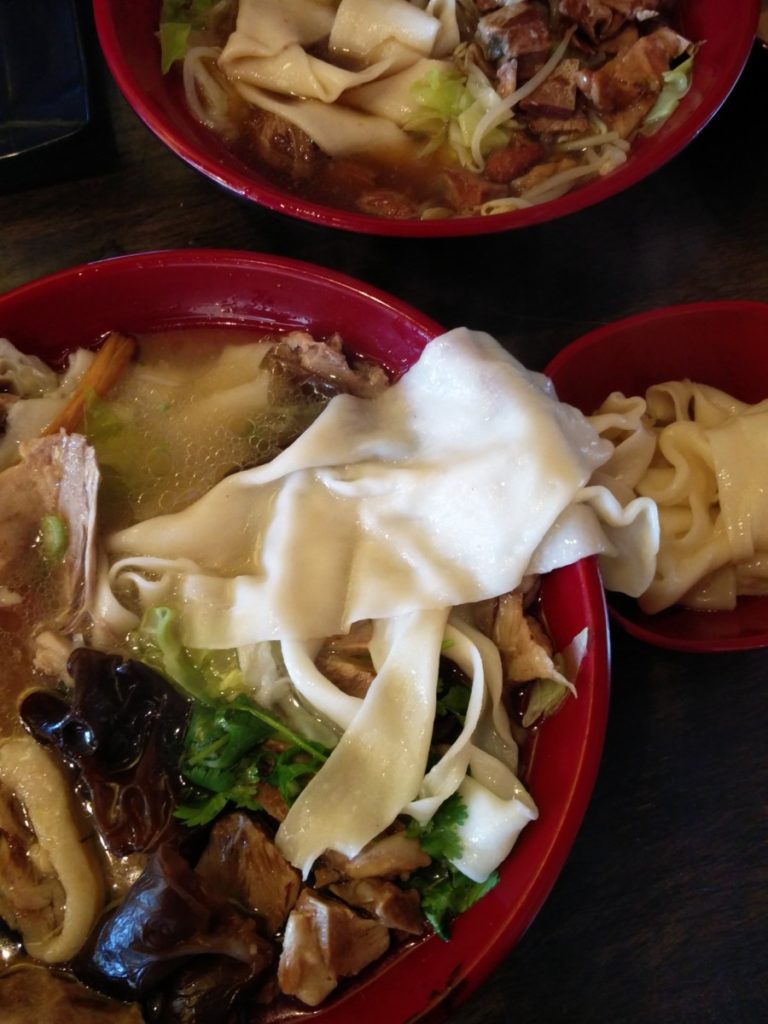 So all in all, the lamb noodles were fantastic, the burger was great, but those are all not the primary reasons why I would come back. The BIGGEST reason why I would come back? THESE THICK BABIES. Have you ever seen noodles that thick before?? I haven’t. It’s like chewing half a sheet of lasagna and even though it sounds gross to most people, I find it super unique and enjoyable. I for one love pappardelle pasta so it’s like eating that but two times thicker.

If you are a fan of lamb and hot noodle soup (especially now during the winter time), I would highly suggest trying Old Xian’s Food. It’ll warm your belly and leave you feeling like you’ve just been transported to city of Xi’an. 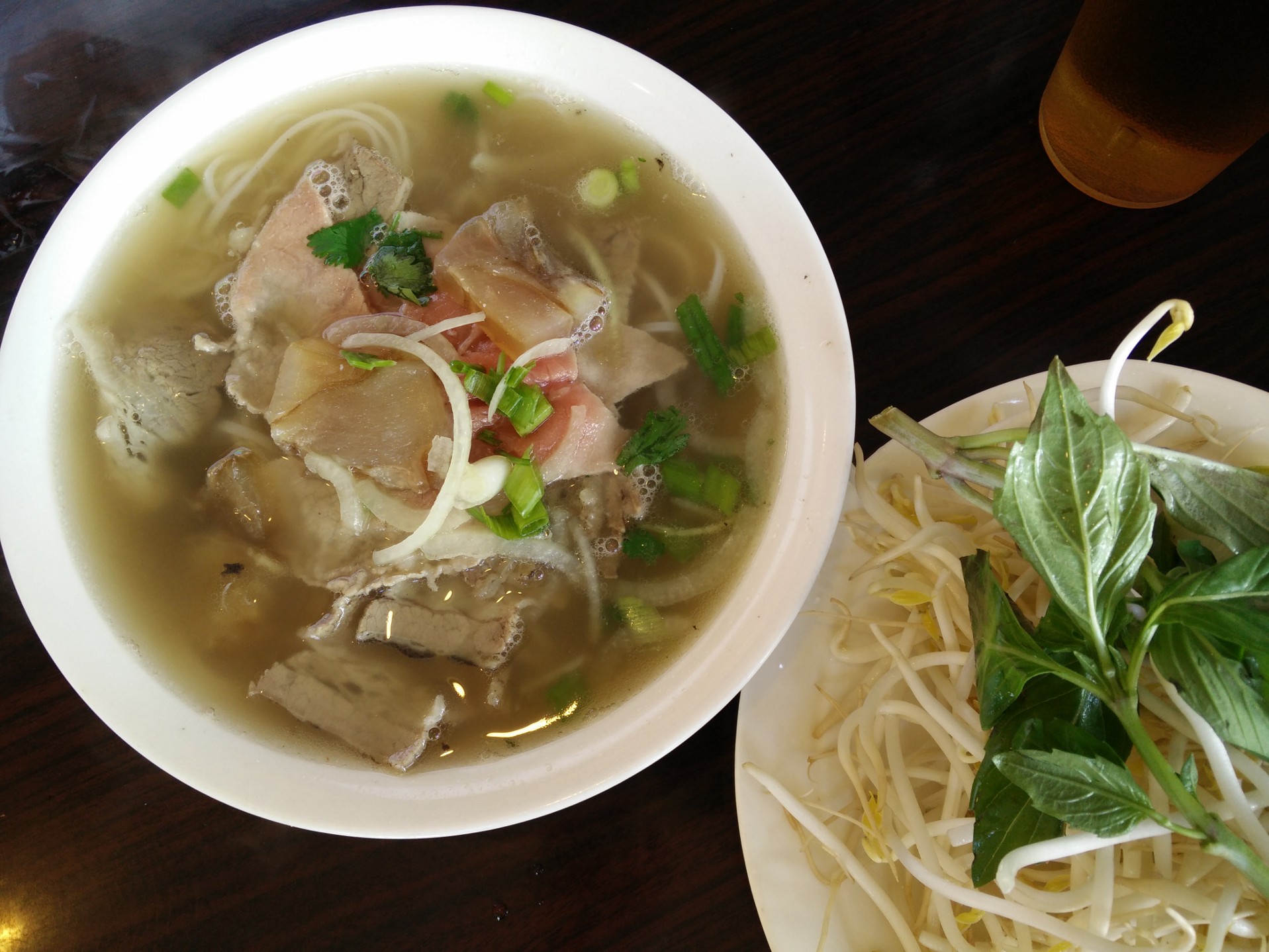 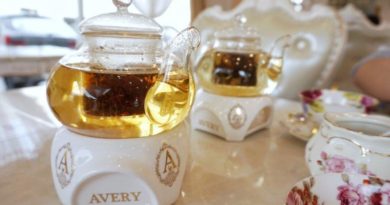