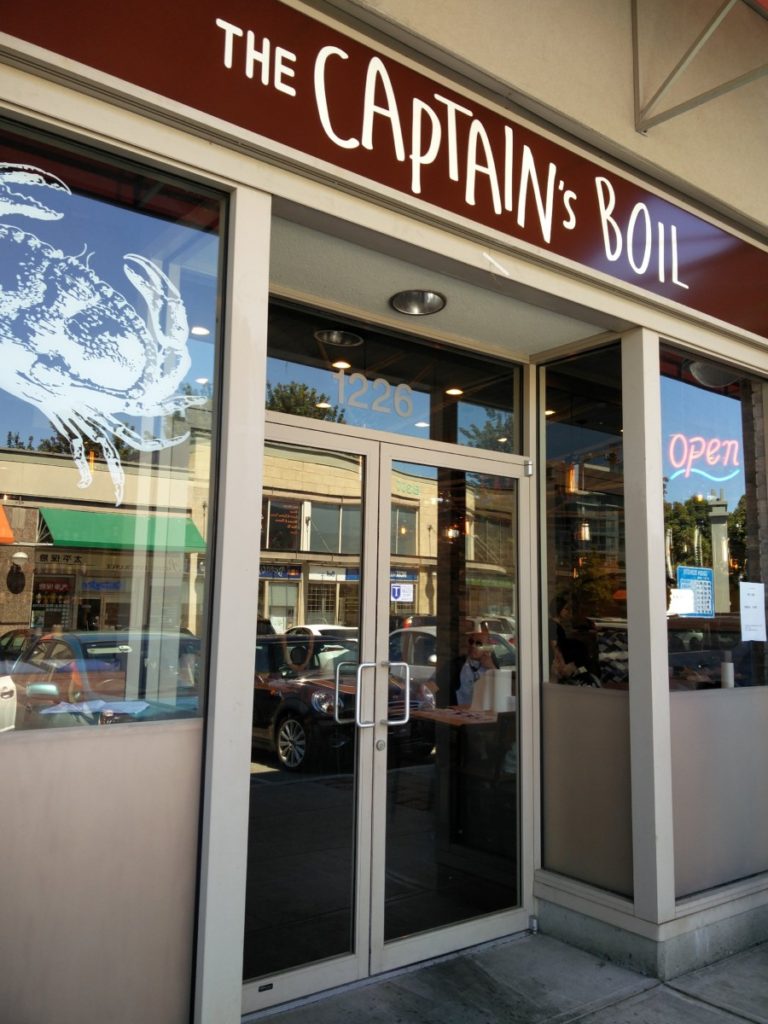 It’s located in Richmond in the same plaza as Bubble World, Deer Garden, and Coco Hut… Essentially they are all the places I frequent so that plaza is like a goldmine for delicious noms. 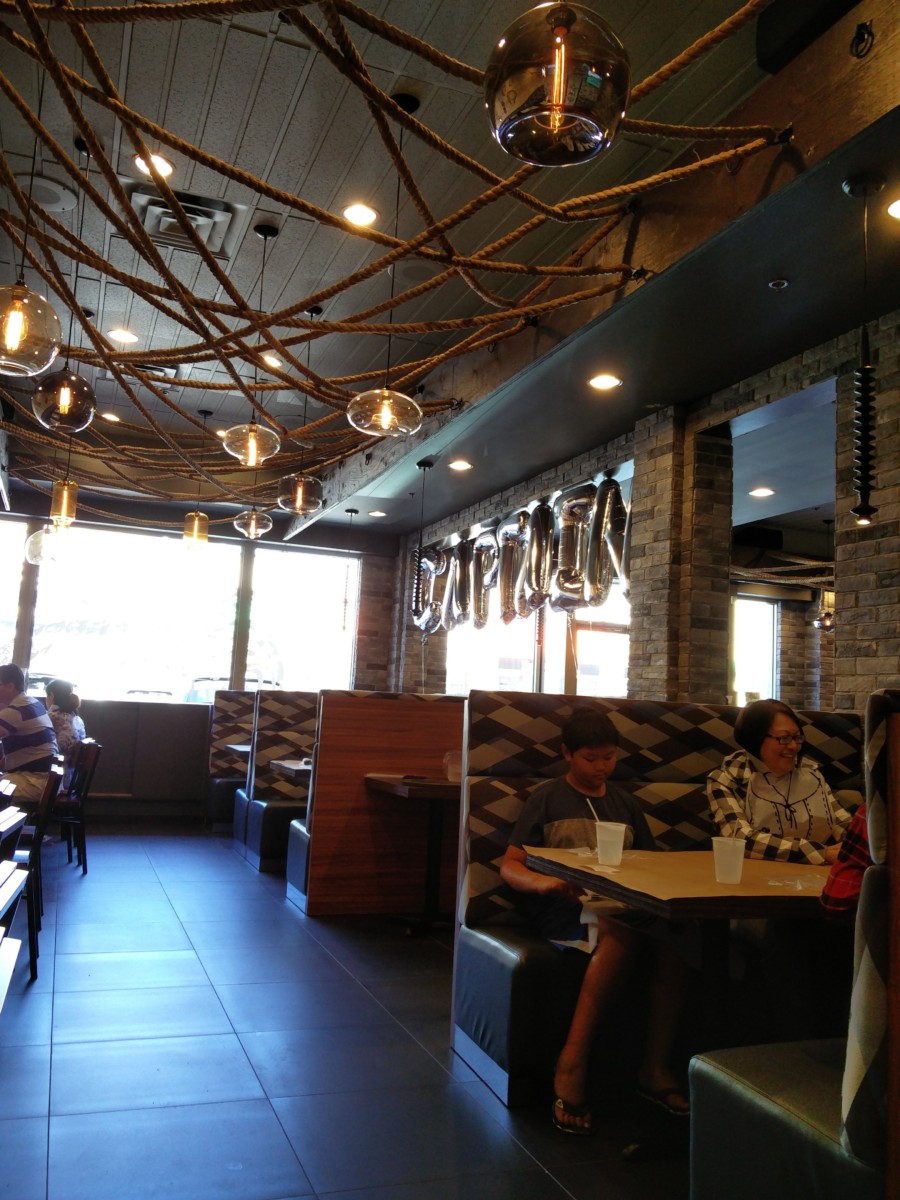 The interior has a very nautical feel to it with most tables sporting booths instead of tables so you’re bound to have a pretty comfortable seating area. 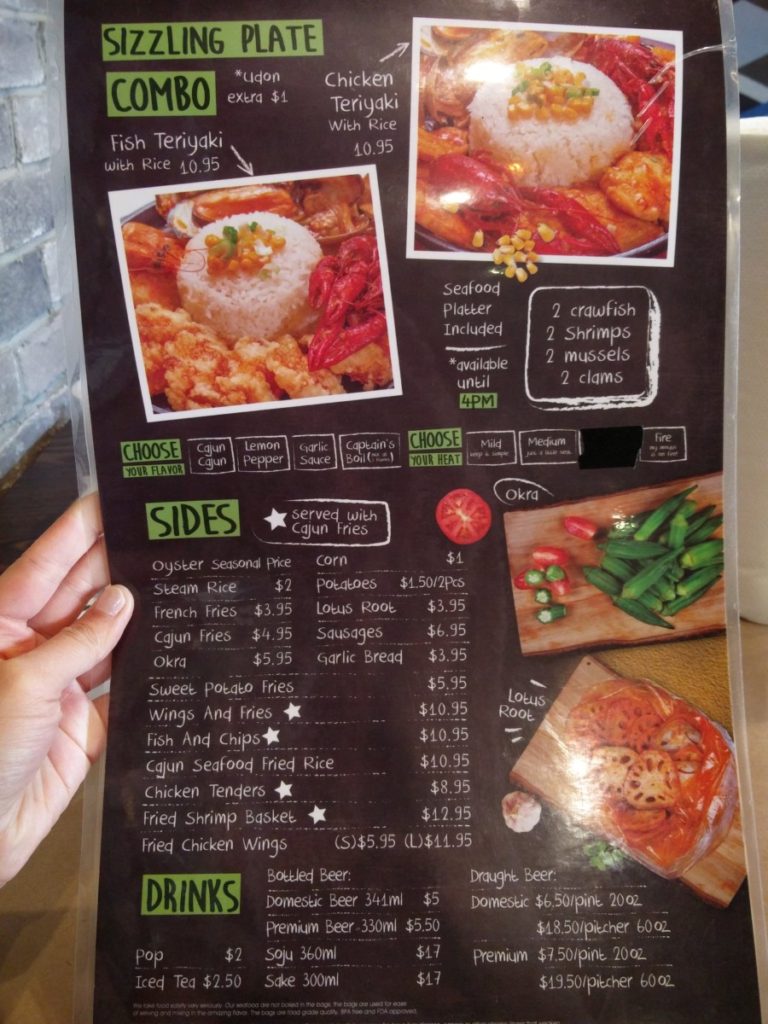 For lunch, they currently have a promotion on the sizzling plate combo where it’s only $8.95 for the Chicken Teriyaki and $10.95 for the Fish Teriyaki. My mom, bro, and I got a combination of both of these and after having tried both, I think I’ll go with the Fish Teriyaki next time I go. 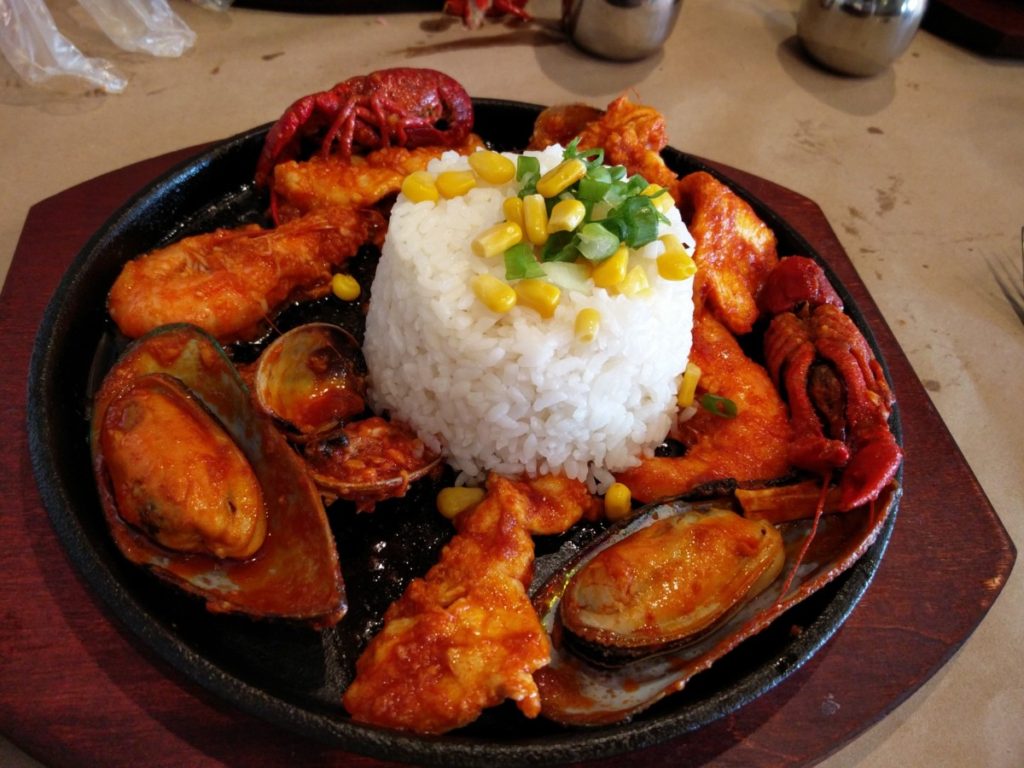 This was the Chicken Teriyaki ($8.95) and it comes with two mussels, two clams, two shrimp, and two crawfish on a hot sizzling plate with a bowl of rice. For seasoning, I went with the Mild Captains Boil which consists of all three seasonings (Cajun, Lemon Pepper, and Garlic Sauce). 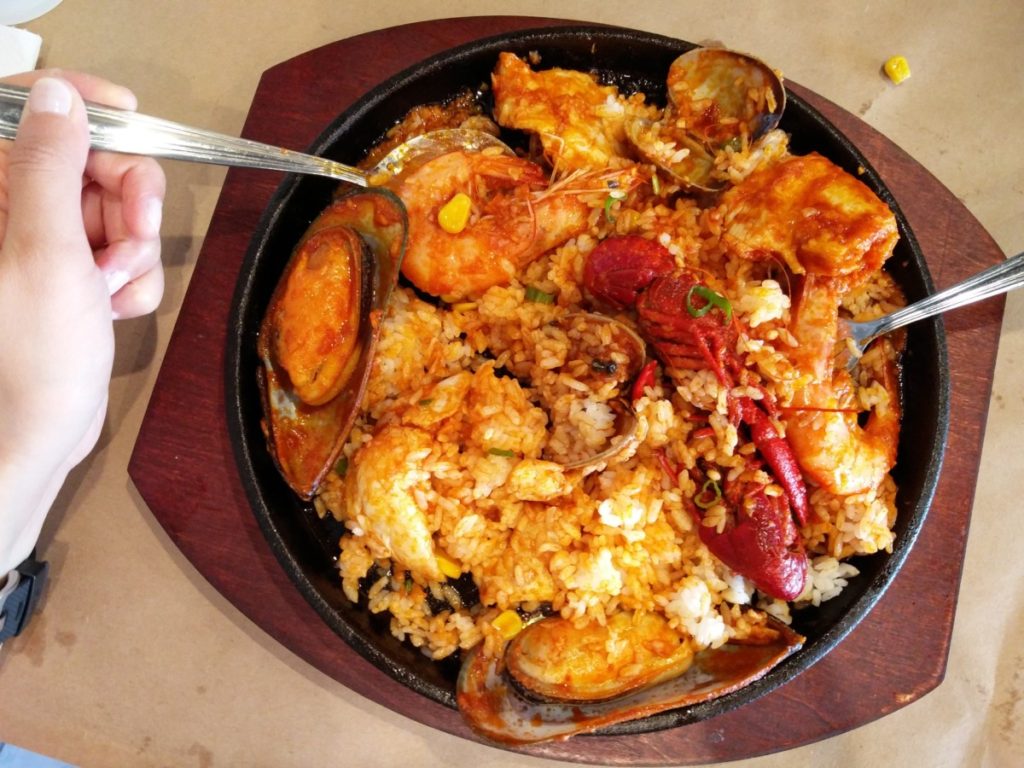 For the price, this was an incredible deal!!! All of the seafood was cooked perfectly and everything (including the crawfish) tasted very fresh. While the sauce was incredibly flavourful and delicious, it was very heavy and left me feeling like I downed half a cup of oil. Not great for the waistline, but my tastebuds didn’t care. 😀 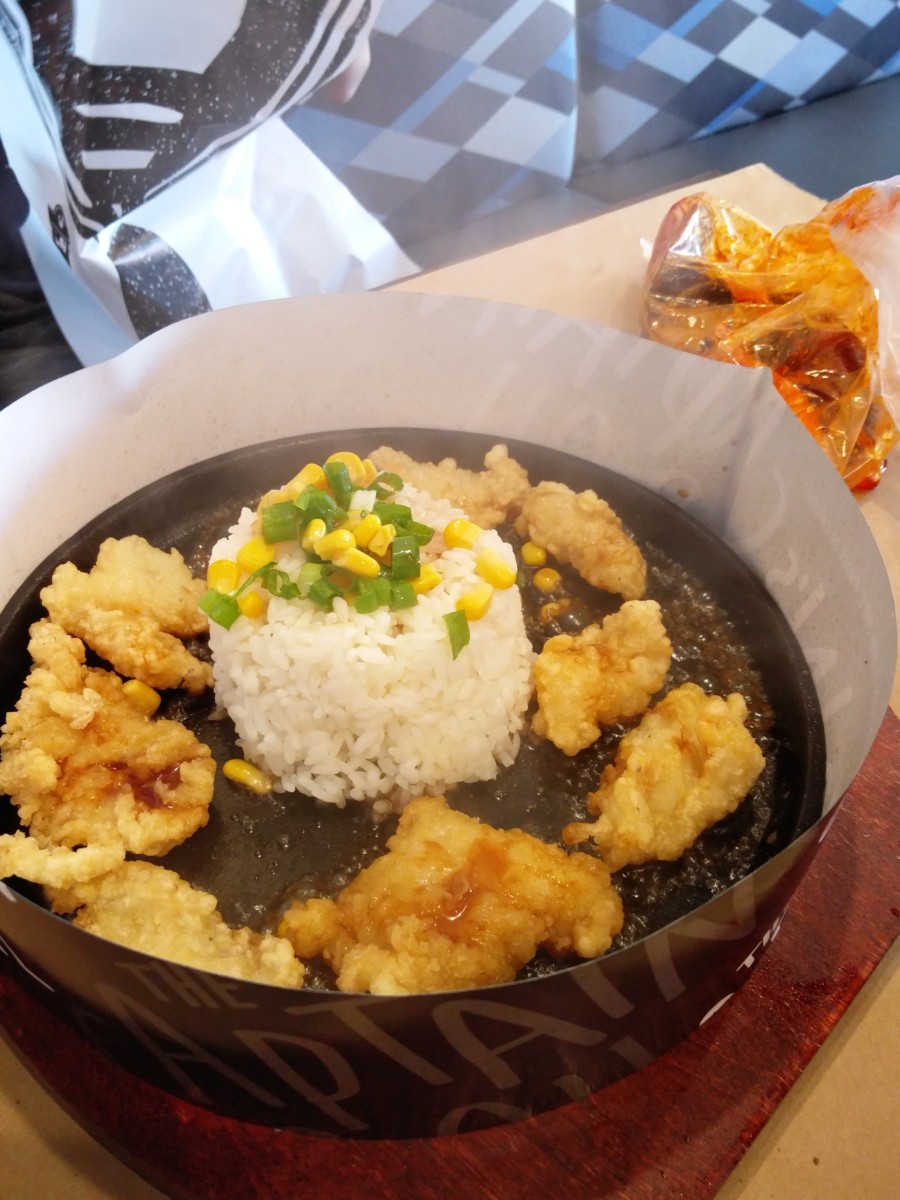 My mom and bro got the Fish Teriyaki ($10.95) and it came a little differently than mine. Instead of all the seafood presented on the plate already, it came with just the fish. The bag of seafood came a little later on the side. 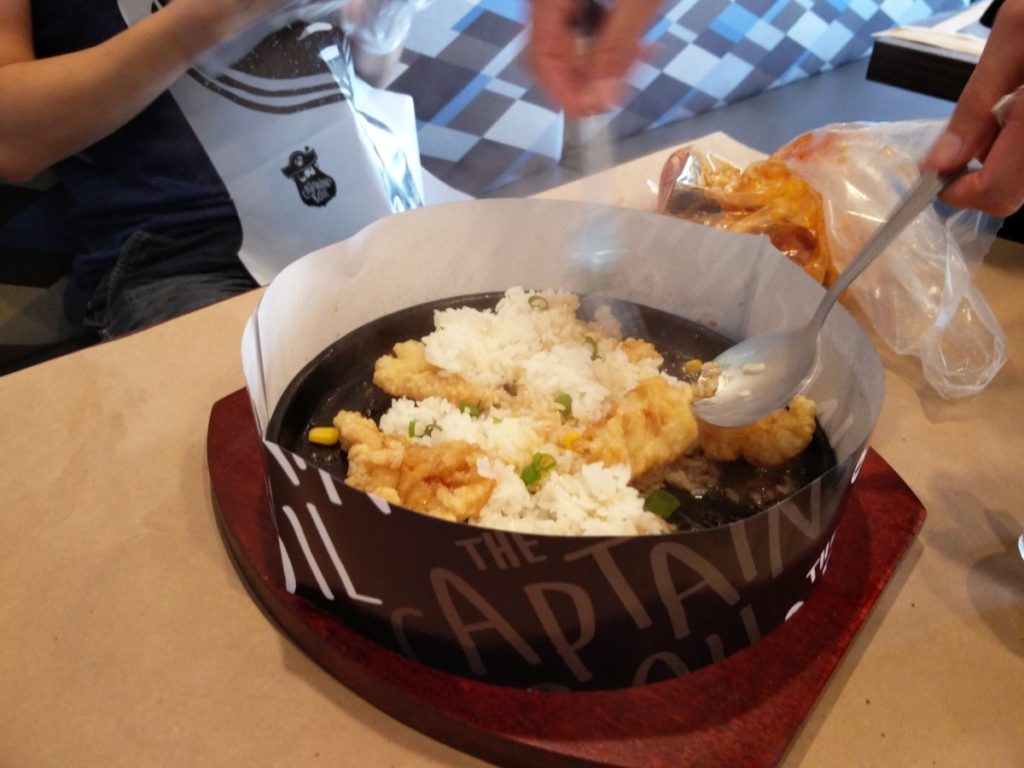 Our waitress helped my mom stir the rice and fish around to prep it for the seafood dump. 😀 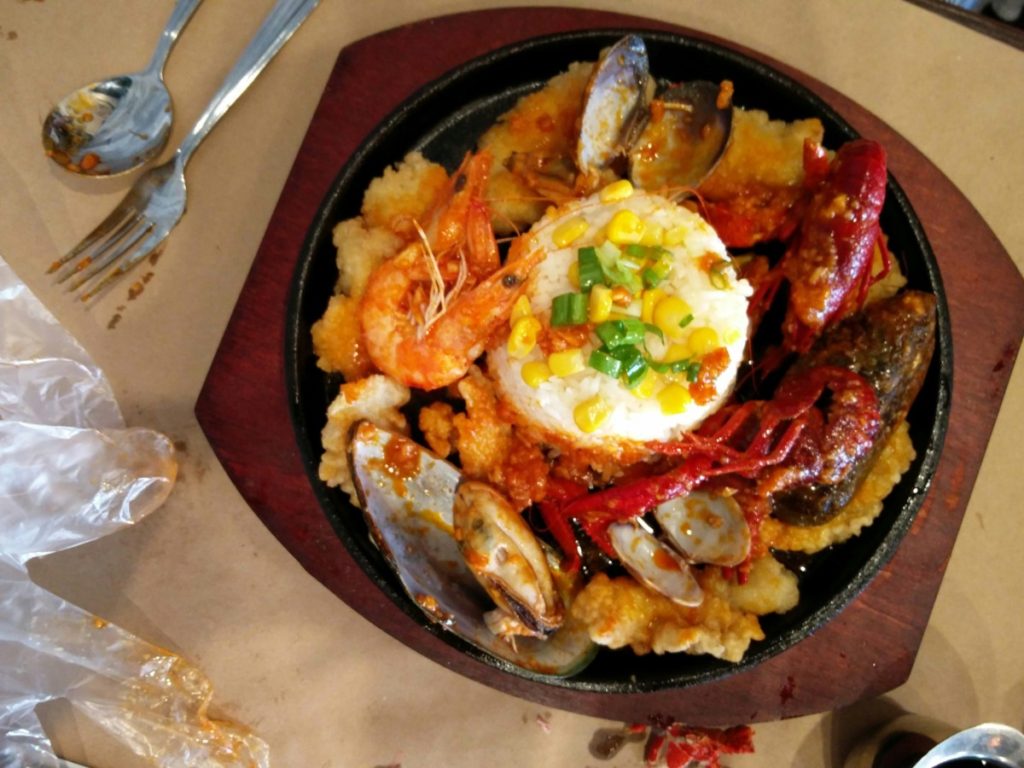 Instead of stirring it around, my brother dumped his seafood prettily around his rice, on top of the fish. For eleven bucks, you really can’t go wrong!

All in all, I would come back to The Captains Boil just for their sizzling plate combo. It’s a more affordable option if you don’t want to go for pounds and pounds of seafood. 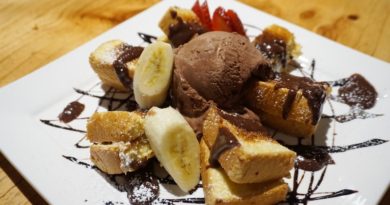