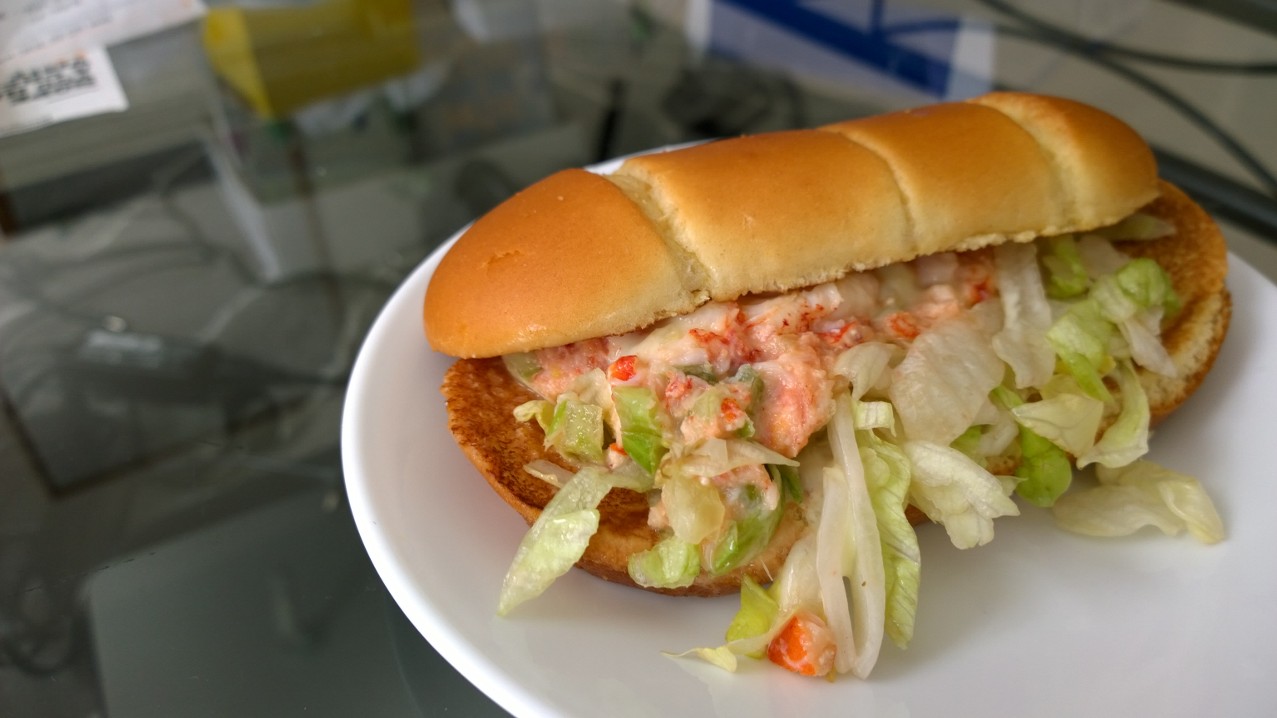 For the past month, McDonalds Canada has been running a campaign called “Great Canadian Taste Adventure” which features five ‘regional flavours” of Canada including the maple and bacon poutine, a chocolate nanaimo sundae, McLobster, Western BBQ burger, and Cottage country chicken.

All of these items are only available for a limited time. I didn’t care too much for the other products, but I was REALLY looking forward to the McLobster.

The McLobster is available from June 17th to June 30th and features 100% Canadian Atlantic lobster meat with celery, lemon flavoured mayo, and shredded lettuce on a bun. This version of the ‘lobster roll’ has been offered in Atlantic Canada for over 10 years and it’s the first time it’s been offered in all the McDonalds locations across the country. 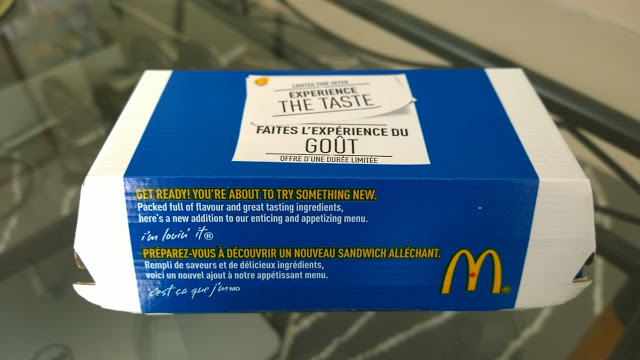 The sandwich alone is $7.49 so it’s a little pricier than the other sandwiches on their menu. It’s to be expected though, they are using real lobster meat.

The bun they use for the McLobster is not the traditional hot dog bun you’d see on a Maine Lobster roll. It was fluffy though and I thought it was a great choice of bun consider how delicate the the lobster mixture was. 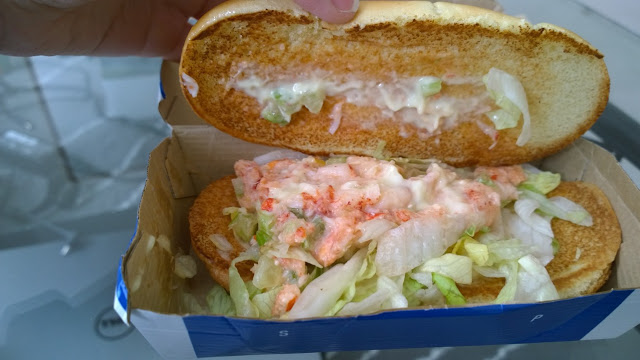 As you can see, they don’t pack your lobster roll full of the lobster mixture. It’s just enough to coat most of the bun but not really.

I took it out of the box and toasted it in my conventional oven. It made a big difference and gave the roll a good crisp on the edges. 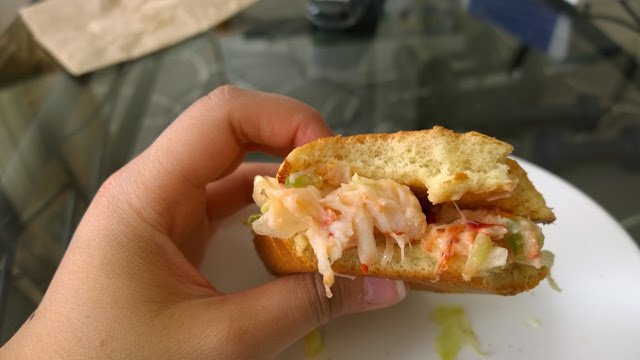 Halfway into my McLobster, I actually noticed quite a few large chunks of the crustacean!

At the end of the day, it is a average lobster roll for $7.50 CAD and a good snack (not meal, because it’s too darn small!) from McDonalds. Since it’s a specialty item and I normally can’t find lobster rolls in Vancouver, I might try it once or twice more before it’s gone forever. 😛 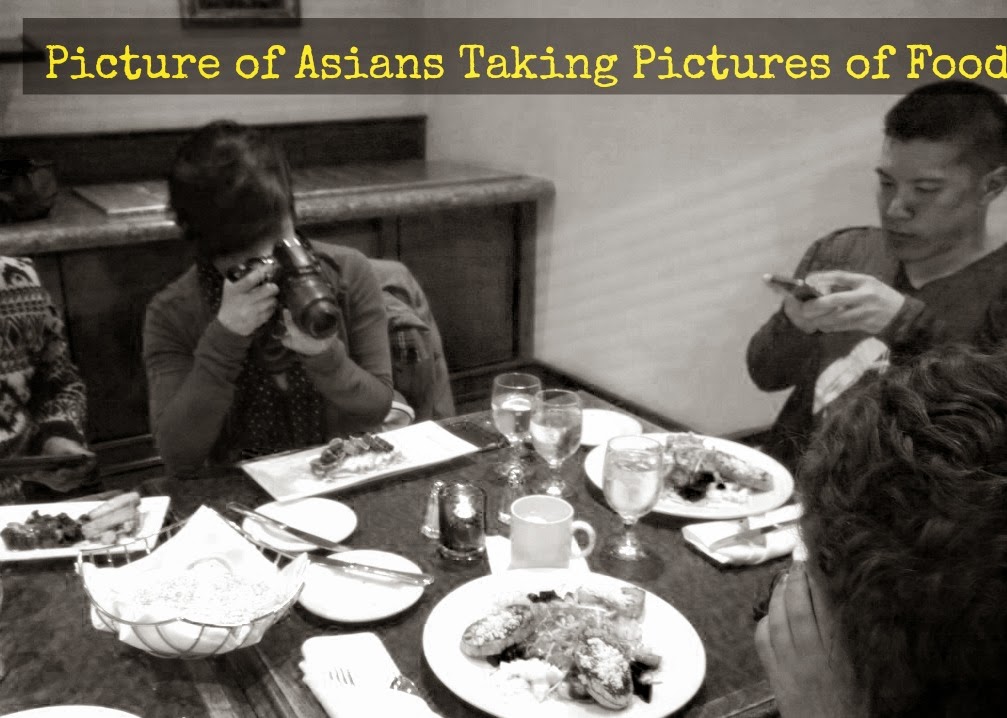