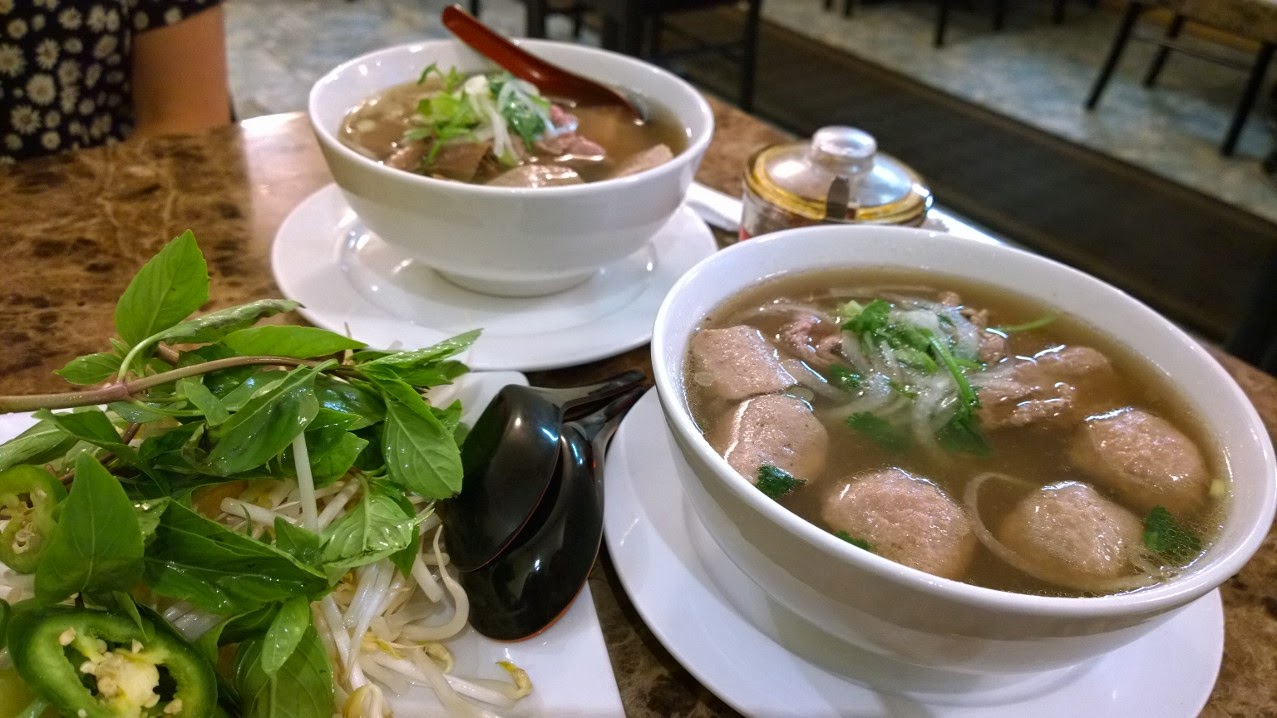 Burnaby Fast Food Healthy Late Night Rating: 2/5 Vietnamese
September 10, 2014March 3, 2016 admin 0 Comment
After our throwback party at PNE with BoyzIIMen, my friends and I went to Le Petit Saigon for some hot comforting pho. Who doesn’t love pho on a chilly cold night? 🙂 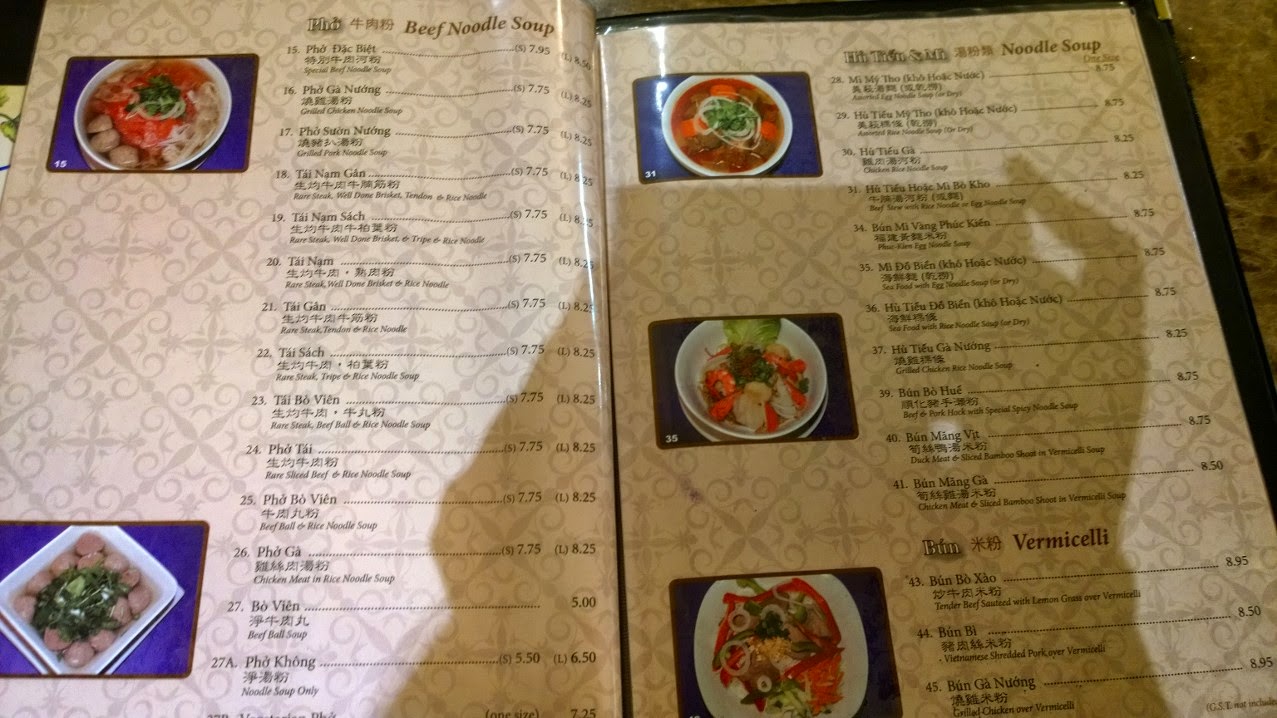 We’ve heard of Le Petit Saigon before so we had some pretty high standards Walking in, the atmosphere was homey though service was lacking throughout the entire meal. 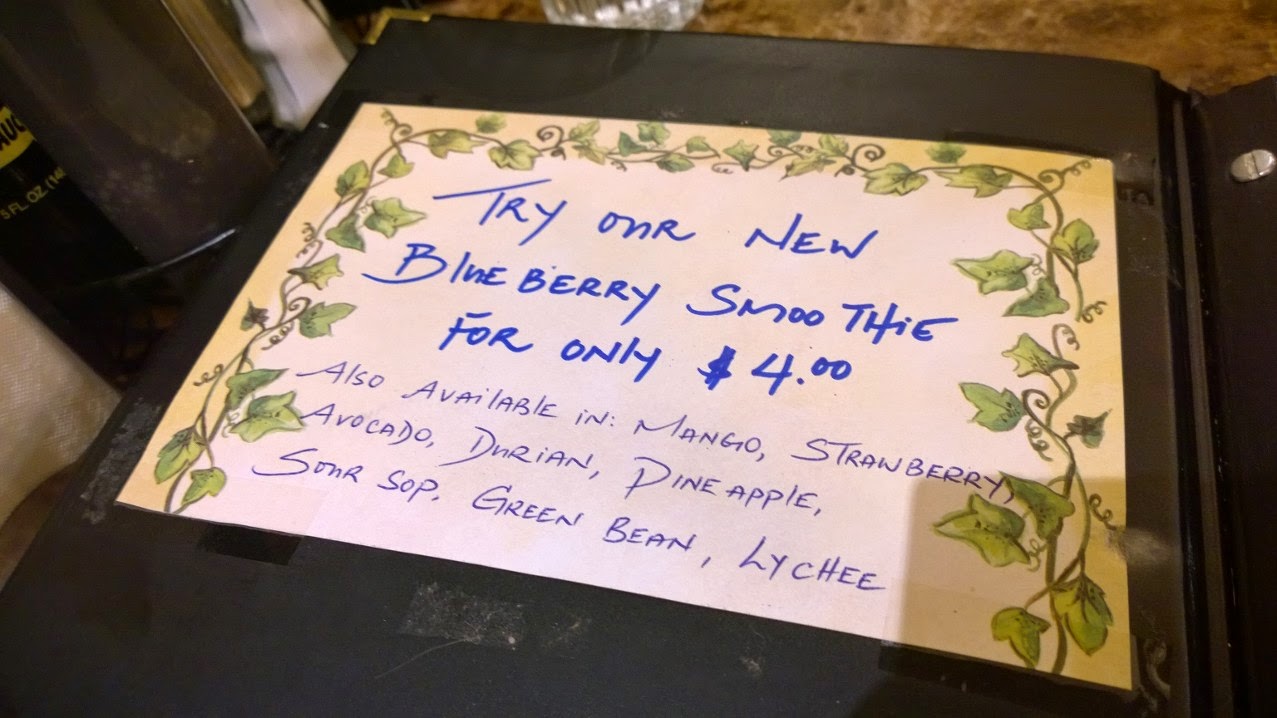 They had some pretty cool smoothie varieties including Durian, Sour Sop (what’s that?!), and Avocado. I was SO tempted to get the Durian Smoothie but decided to spare my friends the car ride with me and my durian-breathe. 😛 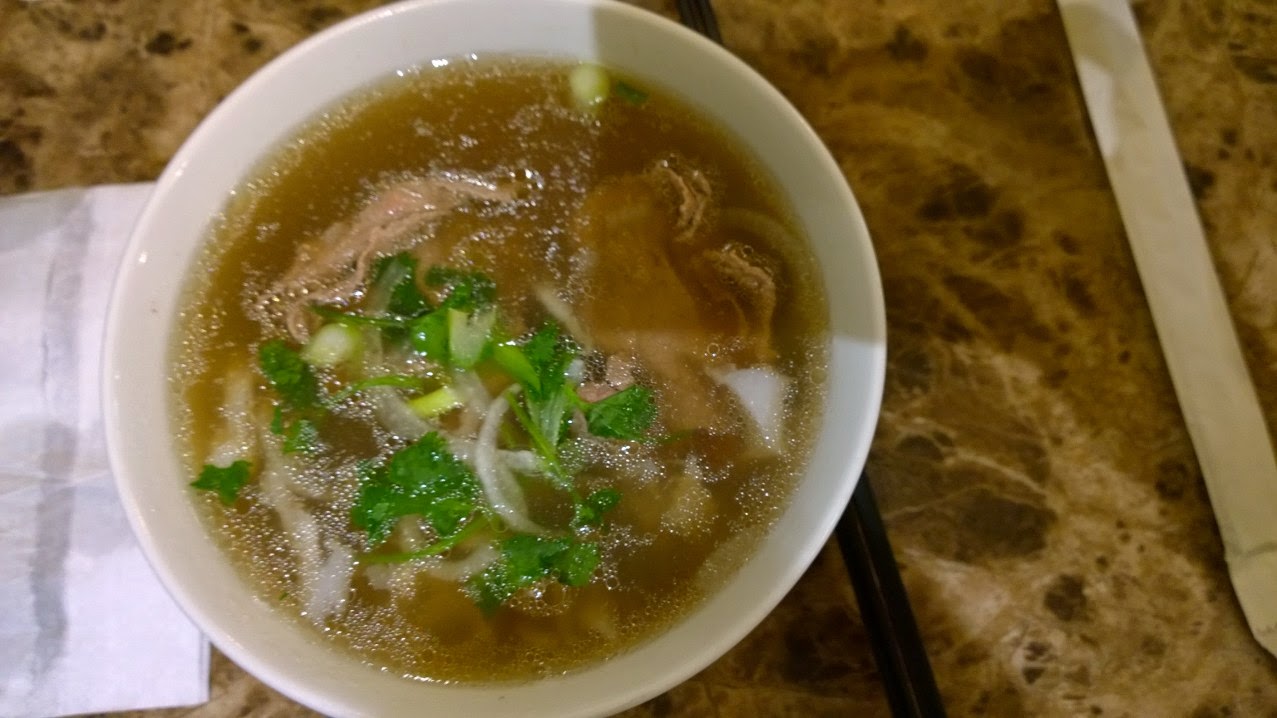 Number 22: Tai Sach ($7.75 Sml) consisted of only rare steak and tripe. For rare steak, I was surprised by the chewiness of it as it should be quite tender having just cooked in the boiling broth. 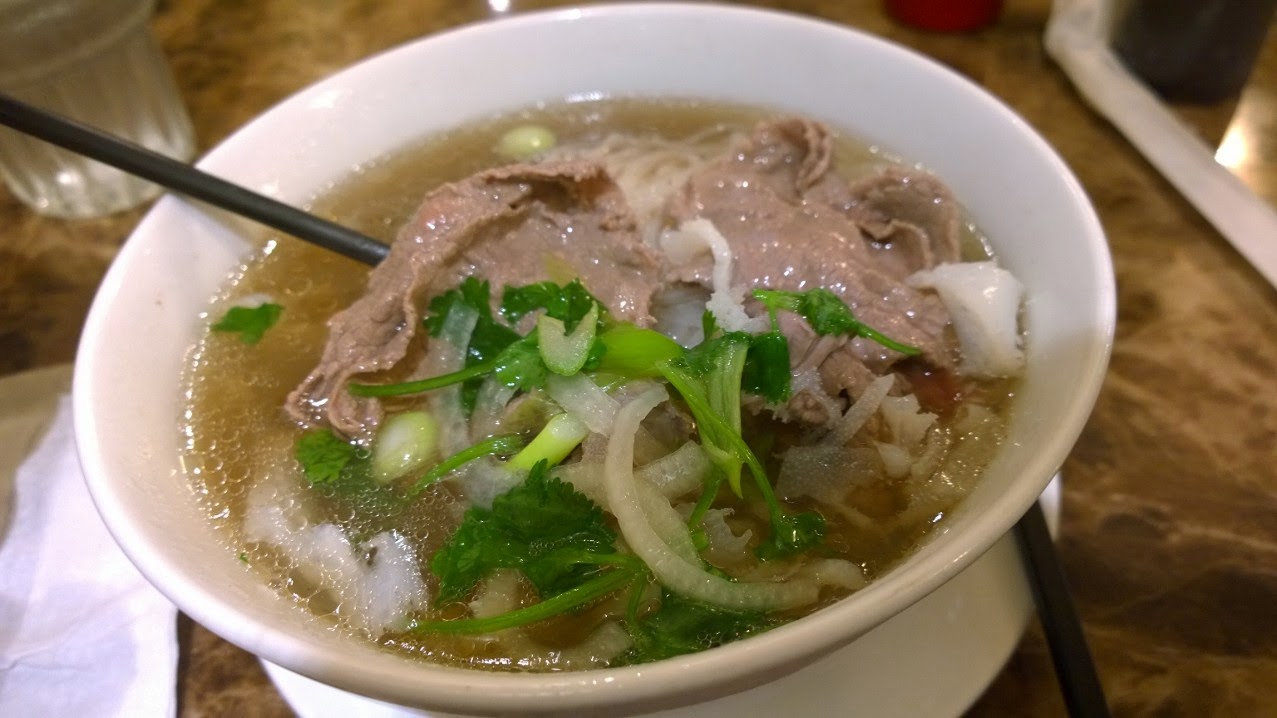 Though the broth had an intense umami flavour to it and was without a doubt delicious, we all thought it had a lot of MSG and slowly felt its effects thirty minutes after our meal. All in all, for eleven bucks and two toppings, I didn’t think this was worth it.

Rae ordered the same thing as me except she had meatballs and Fon ordered the No.1 Special. Both were average and none of them were wowed at all by the pho.

I’m surprised by the 93% rating on Urbanspoon because I didn’t think it was impressive at all. Their prices are on the higher range compared to my favourite pho spot Thai Son, and they use way too much MSG in their broth.