Skip to content
Downtown Fast Food Japanese Noodle Shop Rating: 3/5
September 23, 2014January 6, 2016 admin 0 Comments
There’s a new ramen joint on the block! I know, I know…most of you are probably thinking, could Gyoza Bar + Ramen, the sister restaurant of Miku and Minami, BE any more hyped up?! 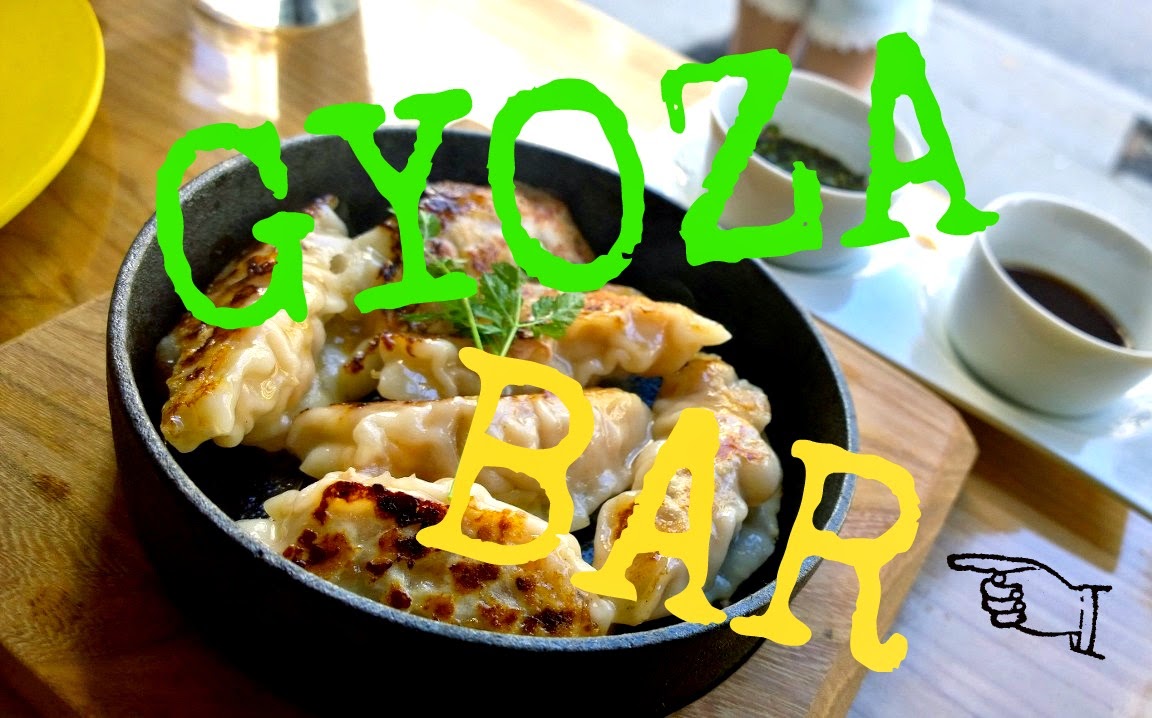 Regardless of its hype, I wanted to see for myself how great this place is. Also, I wanted to see if it could stand up against my high expectations knowing how amazeballs Miku and Minami is.

Meta Knight and I arrived at 1:30pm and there were a couple of groups waiting outside the door. Long waits already and it has only been open for a week? Only in Vancouver… 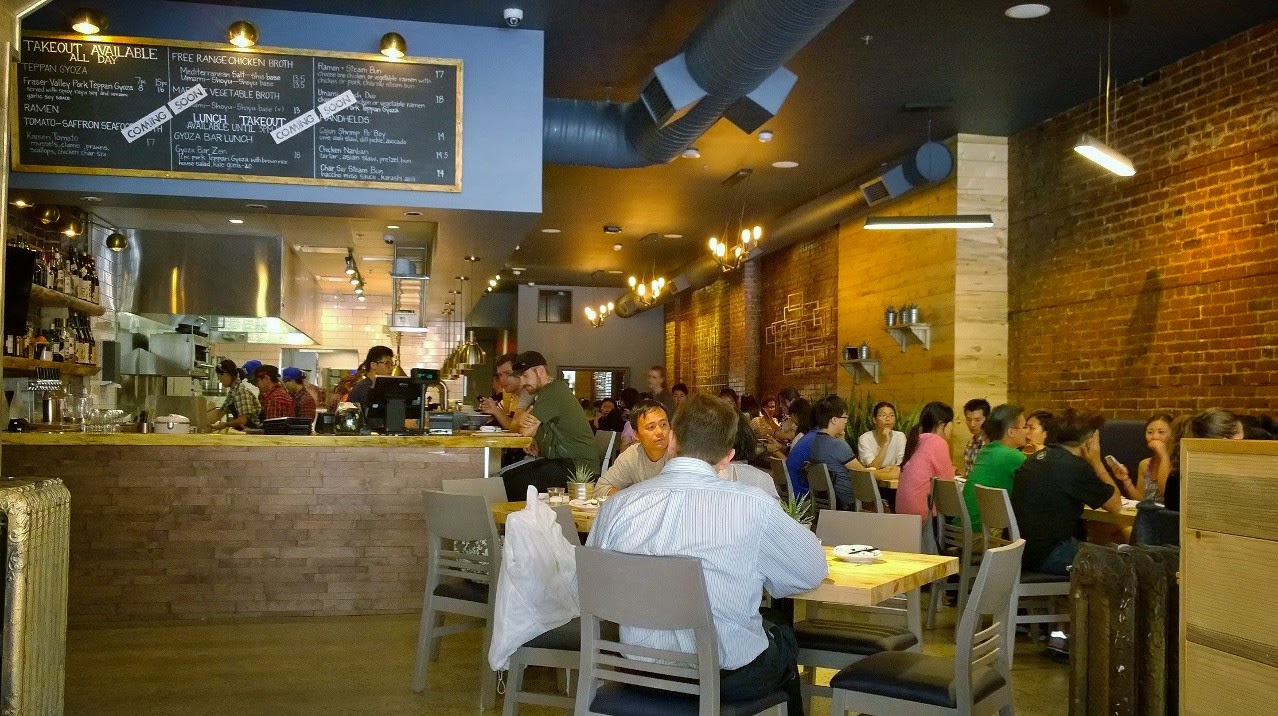 We ended up getting seats at the booth right near the front window but inside they have more spacious tables and an open kitchen.

Like many other ramen joints, their menu is simplistic with only a few ramen choices. They also have quite a few varieties of gyozas, though their most popular one is the Teppan Gyoza which is served in a cast iron pan. More on that later. 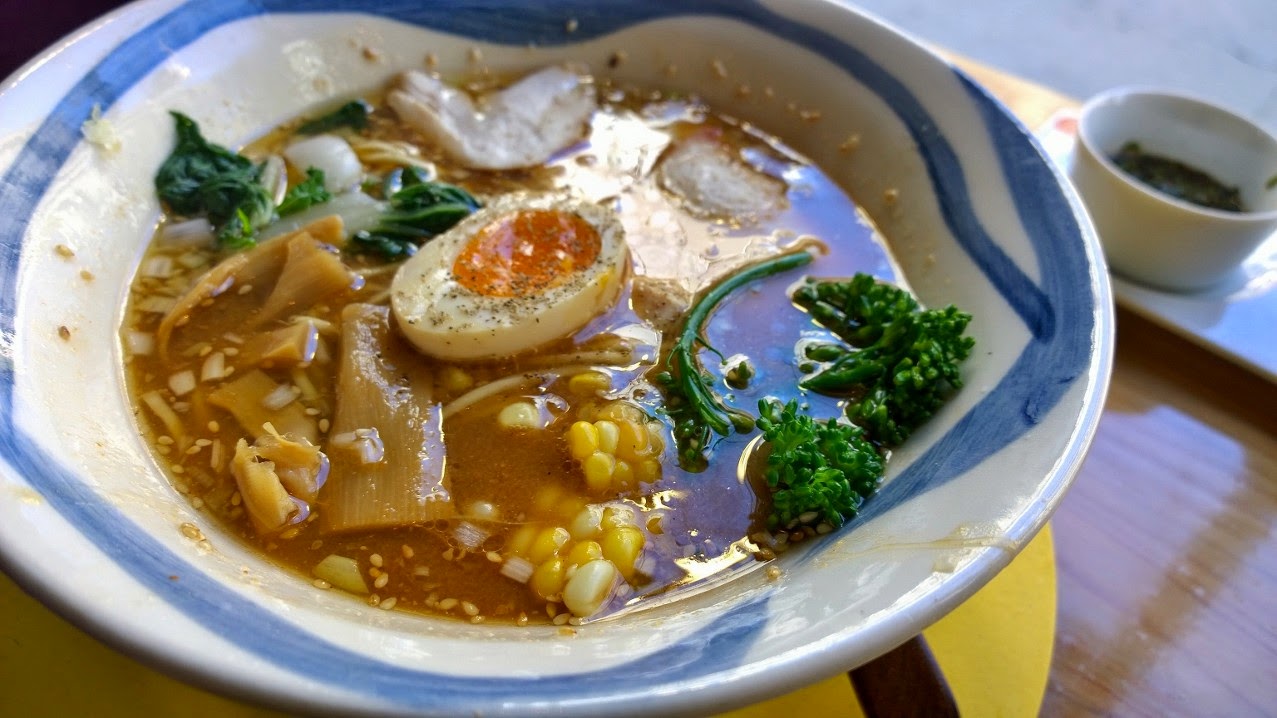 Meta Knight went with the Awase Triple Miso ($14) which came with broccolini, corn, bamboo shoots, half an egg, chicken cha siu, boy choy, in a ‘vintage miso broth’. What does ‘vintage miso’ even mean? Anyone know? 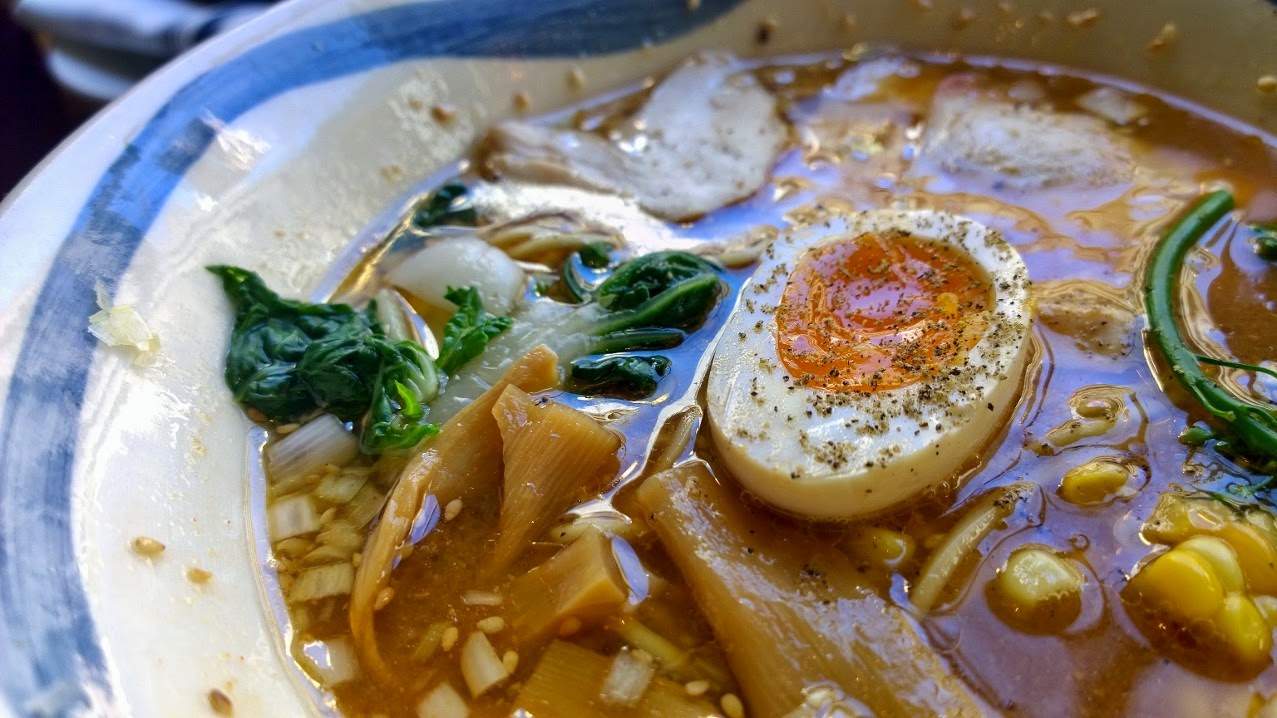 He thought the broth was amazing and beyond flavourful. Everything else was just mediocre including the veggies, egg, and chicken. Nothing was bad per se, just nothing stood out besides the broth.

Though the ramen may look small in these pictures, it’s actually quite filling because their bowl dips down significantly like an inverted top hat. It’s a unique design, and I heard it was created by a local Vancity artist which is nice.

My Pork Tonkotsu Broth ($13.50) was also incredibly flavourful and aromatic. Probably one of the best Tonkotsu broths I’ve ever had! My only problem with it was the lack of toppings (I only got char siu, bamboo shoots, and a few pieces of kale). For thirteen bucks I feel like the ramen should be a bit more special than this.

First off, I applaud Gyoza Bar for making their ramen noodles in-house because that’s really showing your commitment to this beloved noodle dish. However, both of us thought the noodles were a tad thick (kind of like Shanghai noodles) and chewy. It didn’t have a good slurp factor so you had to use your teeth to bite it off every time. 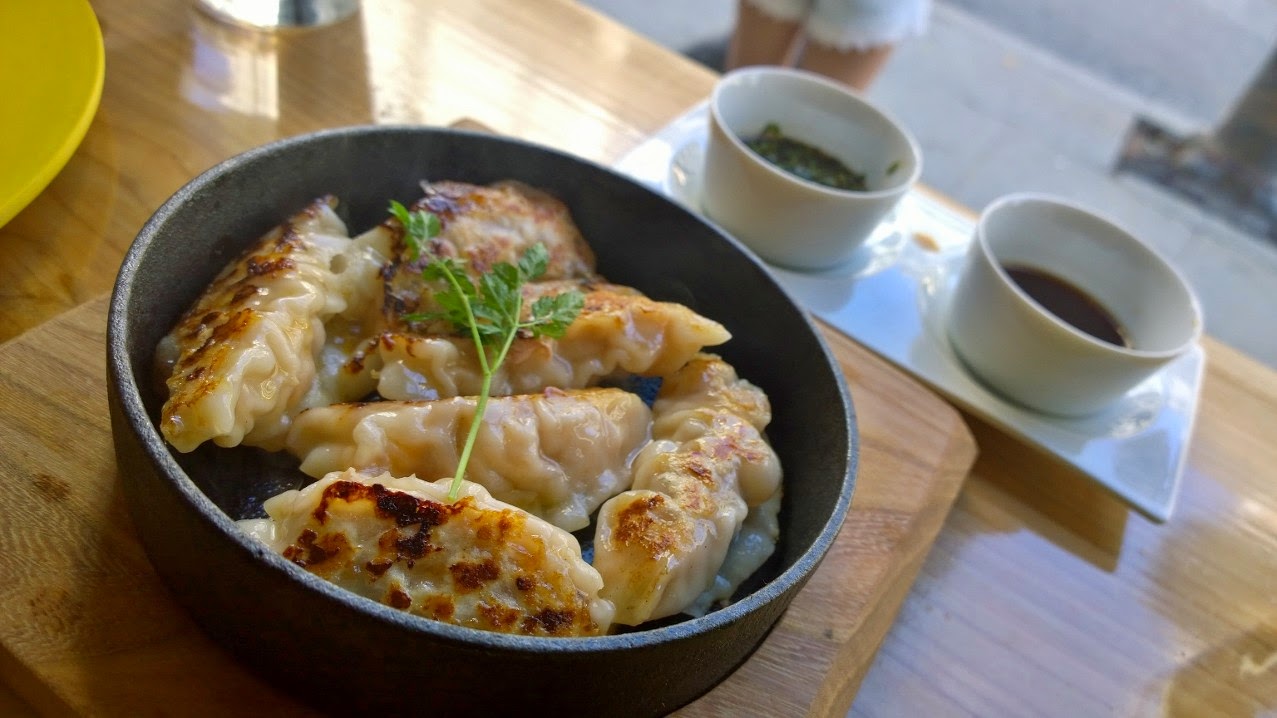 Last but not least is their wildly popular, Fraser Valley Pork Teppan Gyozas (7pcs/$8). I was disappointed at the presentation because it looked like they were just plopped on the cast iron haphazardly. However, it was served with an emami garlic soy sauce and spicy rayu and those were da bomb. All in all, an okay gyoza dish that certainly did not knock my socks off.

Final thoughts: Gyoza Bar is still relatively new so I will cut them some slack. They still need to sort out some kinks and I appreciate the server asking us for honest feedback on the ramen when he took away our plates. Their aromatic broths are a for sure win. They just need to go through each dish execution with a fine tooth comb to hit the spot on all cylinders. 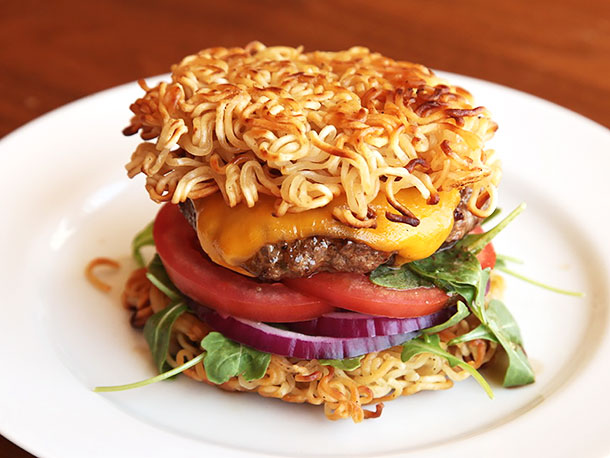