Downtown Fine Dining Italian Rating: 4.5/5
February 22, 2014March 2, 2016 admin 0 Comment
Ask For Luigi is a new Italian hole-in-the-wall that geographically replaced “Two Chefs and a Table” in downtown east side. I have to admit, you won’t feel safe in this neighborhood so don’t even try taking public transit here on a cold dark night. 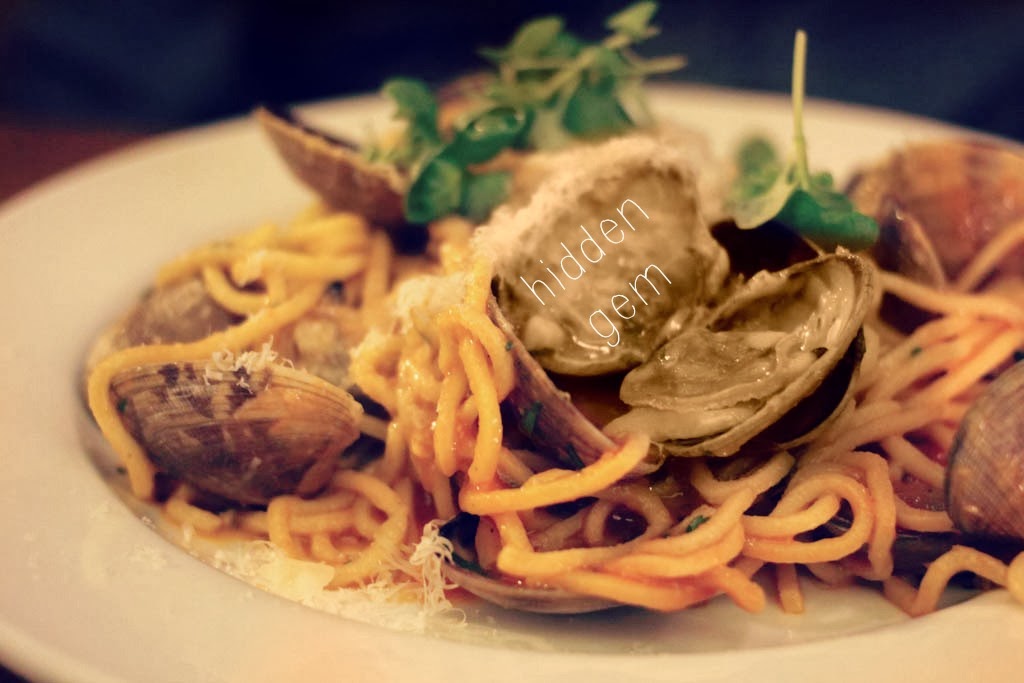 Ask For Luigi specializes in fresh handmade pasta (only available during dinner service) which I am a total fan of. They also don’t take reservations so Meta Knight and I purposely arrived at 5:30pm (when they open for dinner). By 6pm, the entire restaurant was full…. so morale of the story: come early.

Their dishes are meant to be shared family-style but we did not expect the appy Fried Cauliflower with Aioli, Fresh Mint, and Parmesan ($10) to be that huge! When it was brought to our table, everyone around us stared and asked us what it was. The cauliflower reminded me of Nuba’s and was absolutely delicious. 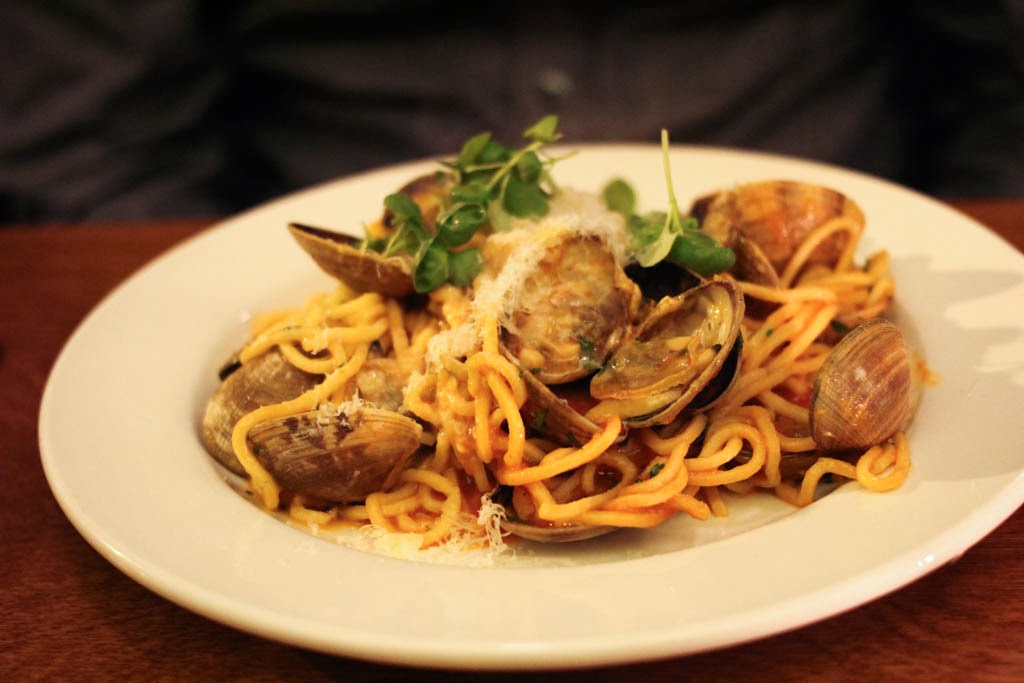 One of their daily specials include Spaghetti and Clams ($17) which Meta Knight took fancy to. It came in a red sauce with fresh bottleneck clams (I think).

The fresh spaghetti was al dente and surpassed any pre-bought spaghetti we’ve had in the past. The clams were a little scarce so it didn’t fill him up completely. 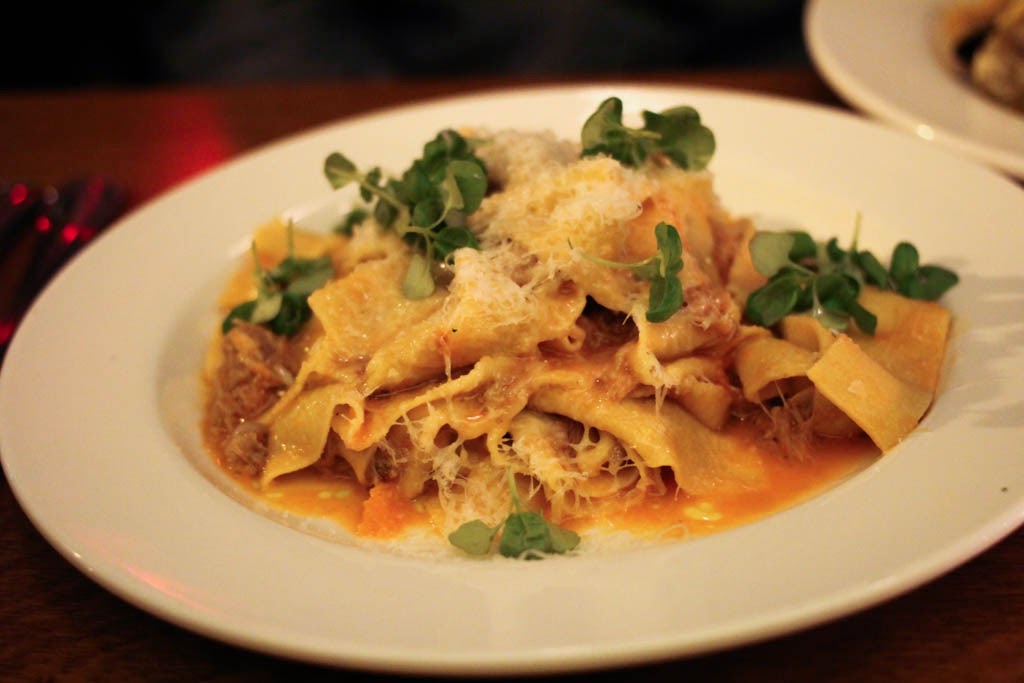 I chose the Duck Ragu & Pappardelle ($19) and it was soooooo good. I love thick pastas because I find them texturally better and does a better job of soaking up sauces such as this. At first I didn’t think it would be enough food but by the end, we were both stuffed!

Yeah.. we were both full but could not leave without trying a dessert. Life of a fatty. We rarely eat prunes so their vanilla bean Panna Cotta ($7) with almond biscotti, dried prune sauce and fresh mint took us by surprise. We tested their panna cotta and… yes. They passed the jiggle test with flying colours! 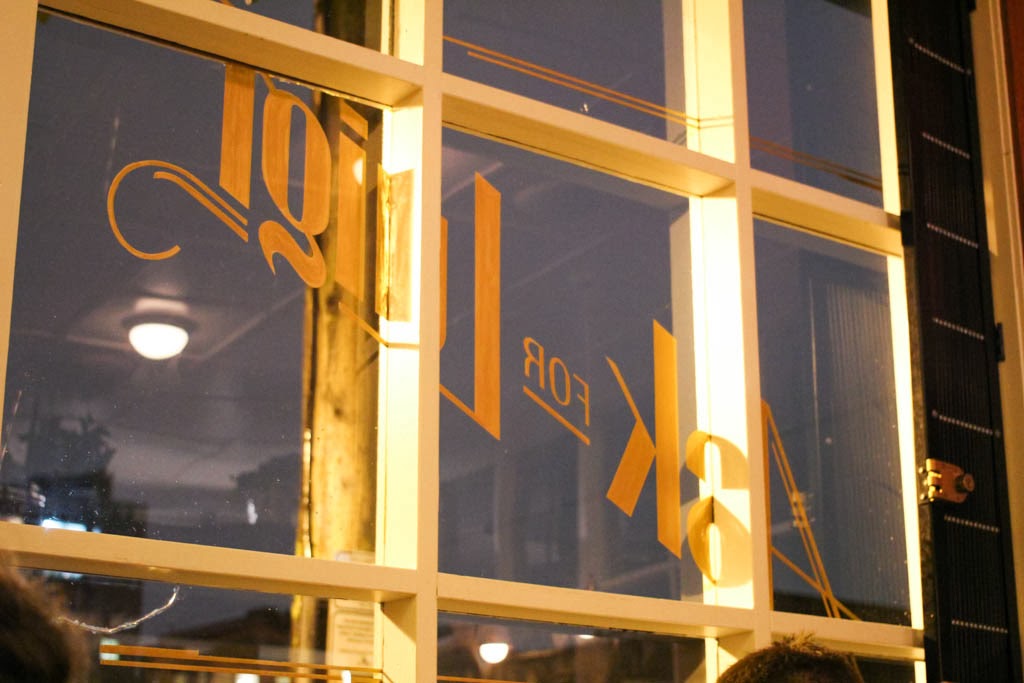 Ask For Luigi is a hidden gem for me anyways because not only does it serve yummy authentic fresh pasta out of this little small house in DTES, its managed to garner such a huge following having only been opened a couple of months. That shows you how many people took notice of this affordable quaint little bistro. 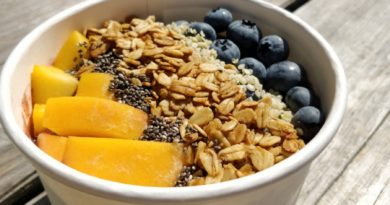 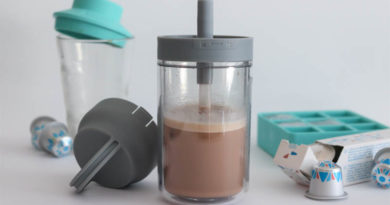