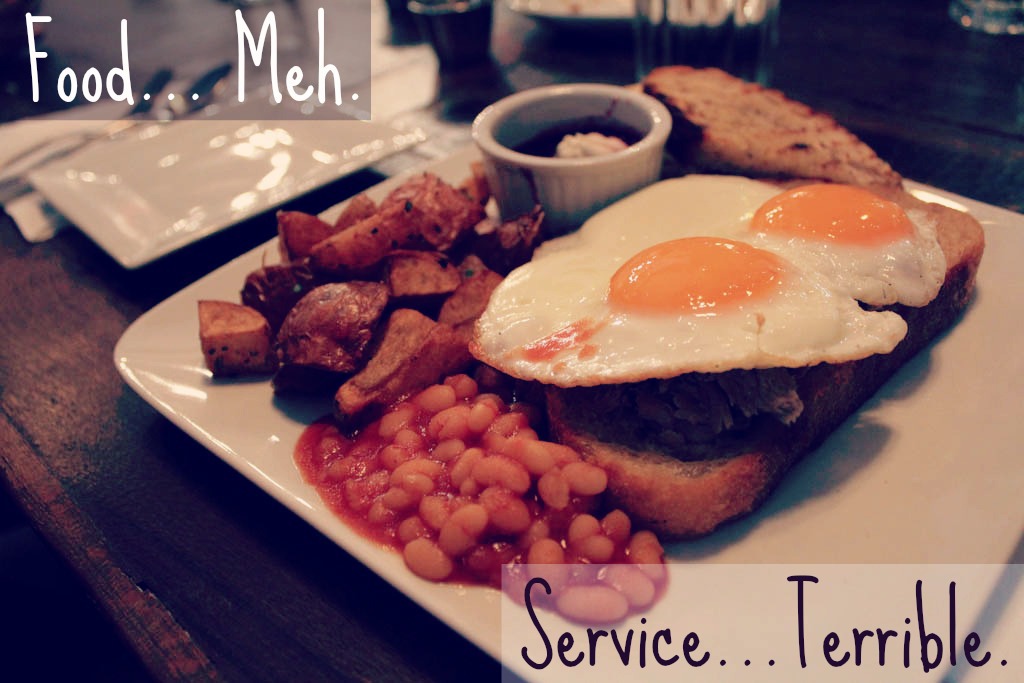 I’ve heard many good things about this place so I was expecting my experience to be quite well. 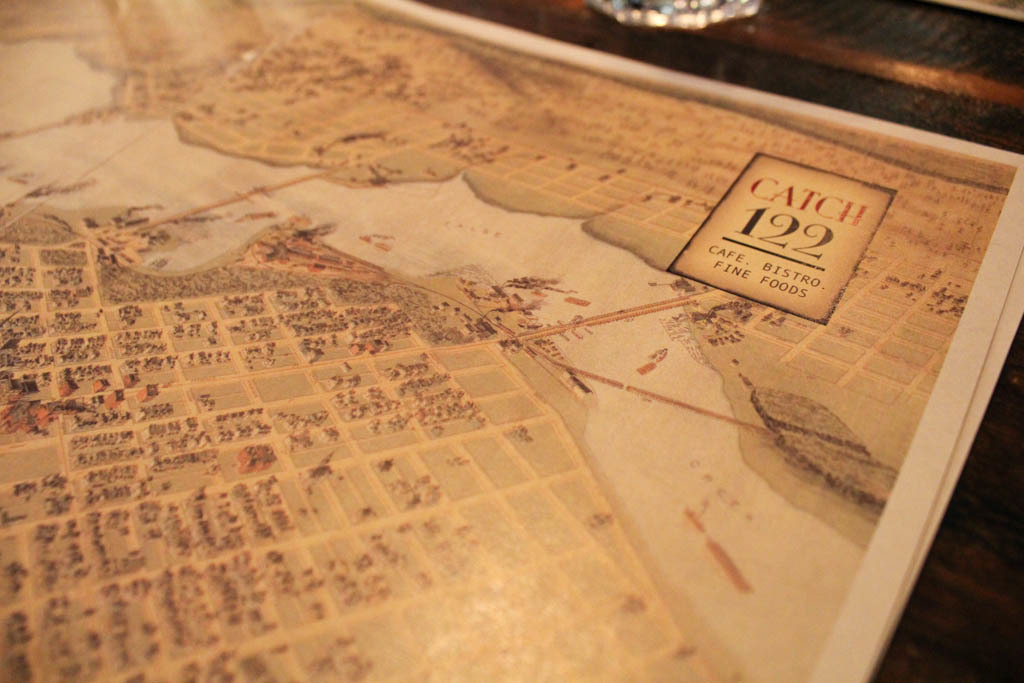 Though our server was friendly, we found the service to be excruciatingly slow. We waited roughly 40 minutes for our food which was inexcusable considering there were only a couple of other tables in the restaurant. At one point we all wanted to walk out of the restaurant and just grab food at McDonalds because we were so tired of waiting.

Our server gave us some complimentary banana bread and lemon loaf to snack on while we waited. This was a nice gesture, though we inhaled this between the 6 of us in a couple of minutes. 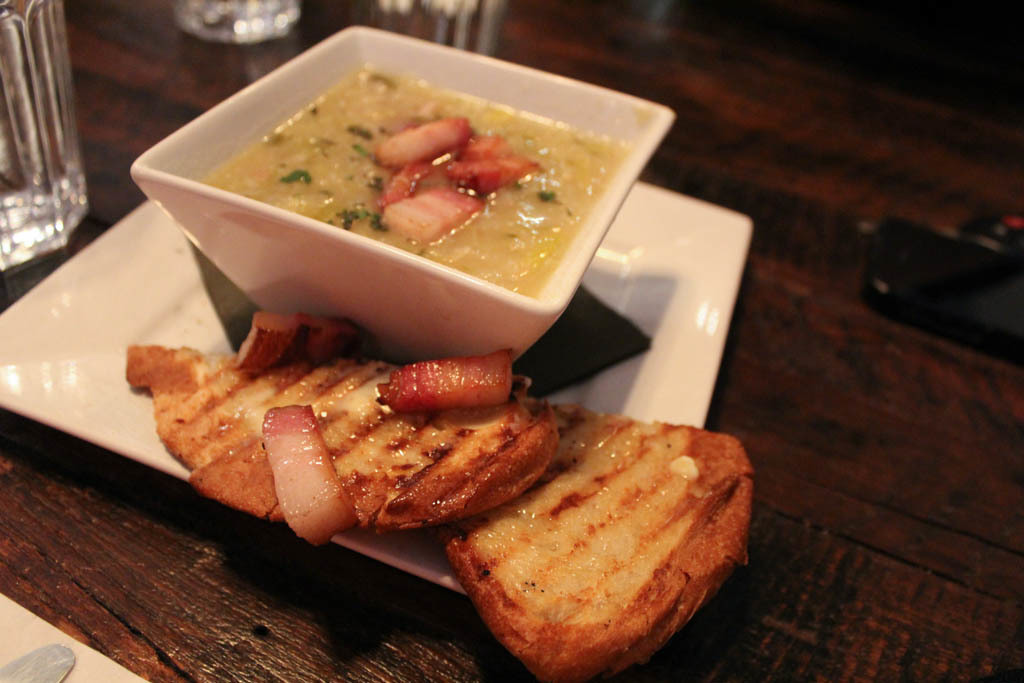 Their Soup of the Day was Potato and Leek Soup which came with two pieces of bread and sizzling pancetta. I feel really bad saying this but this soup was one of the worst soups I’ve ever tasted. It was bland, lumpy, and to be honest, it tasted like water and leek mixed together. Needless to say, this was NOT worth waiting 40 minutes for.

Meta Knight and I shared The Dirty Breakfast ($12) which consisted of duck fat toast, duck confit, sunny-side up eggs, house-made maple beans, and Yukon nugget potato hash. Other than the duck which was incredibly tender and the eggs which were done just right, nothing else on the plate was that great. 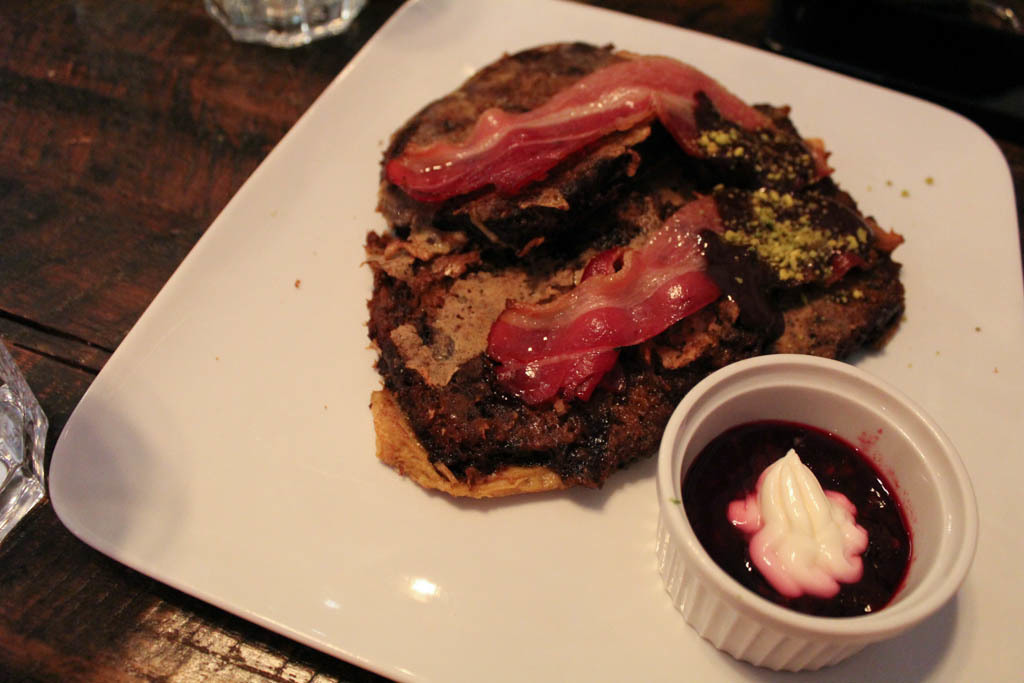 The dish that had everyone raving was Banana Bread French Toast ($12) which had walnut chocolate banana bread dipped in an egg batter and toasted, along with pistachio-crusted chocolate dipped bacon. Don’t let the size fool you, this entree can easily trap you into a food coma with its dense banana bread and indulgent chocolate/bacon topping.

All in all, I think Catch 122 is a restaurant that can be missed because the quality of food just does not stack up against all the other ‘brunch’ spots in Vancouver like Cafe Medina, The Wallflower, The Rumpus Room, etc. It may take a long while before I come back and give them another try. 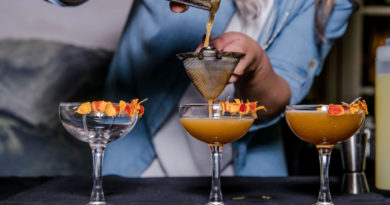