Hi there! It’s Peter here, back for another guest post! A few weeks ago, I visited Kirby in Vancouver and she gave me an awesome tour through the beautiful city. Kirby also took me to many of her favorite restaurants and she let me try typical Canadian things, such as Poutine, Maple Syrup and Tim Hortons. I am very grateful to her, for showing me around and letting me try all the awesome food!

On one day I went to Richmond Center to do some shopping. After visiting the stores, I was really craving for a sweet snack. I had read Kirbys post about the new food court at Richmond center (the Dining Terrace), so I was really excited to see it by myself.  For me, food courts are an unusual thing, because there aren’t any in the Netherlands (the country where I live), although I really wished that we had some. 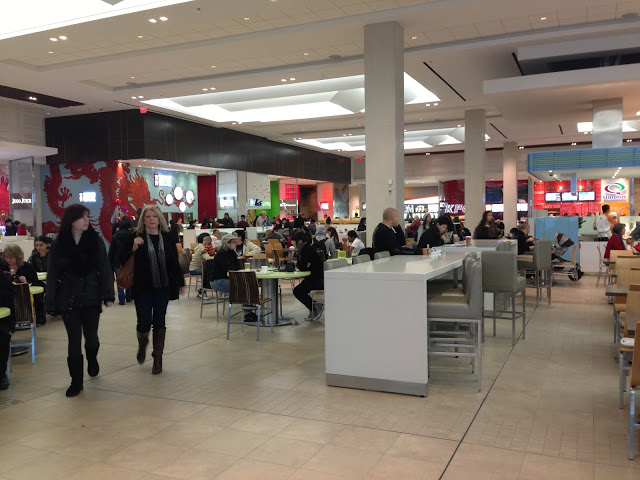 When I arrived on the first floor by escalator, I didn’t know where to look! There were so many food stalls that offered all kinds of dishes! The new food court looked very modern and bright and I really liked that. After a few minutes of staring and dealing with all the impressions, I went to Crêpe De Licious to get a sweet crêpe.  The picture below shows an impression of the food stand. 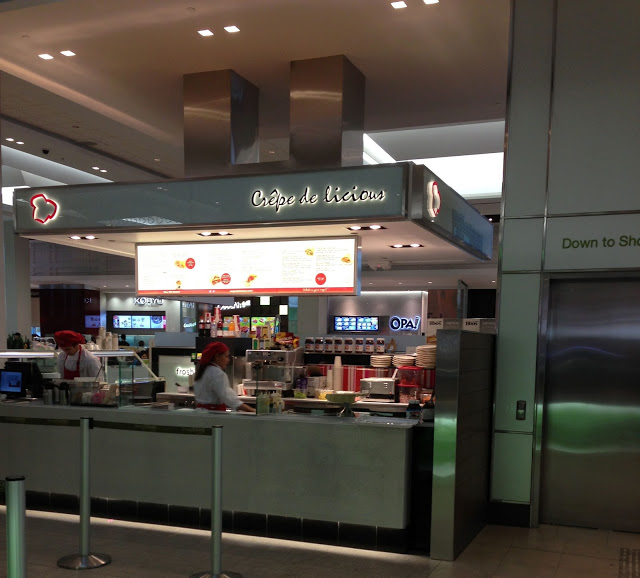 When I looked at the menu of Crêpe De Licious (picture below), I couldn’t really decide what to order! You could choose between sweet or savoury crêpe and I noticed that some of the sweet crêpes contained Nutella, which I think is a bit weird thing to put in a crêpe but I really wanted to try it. 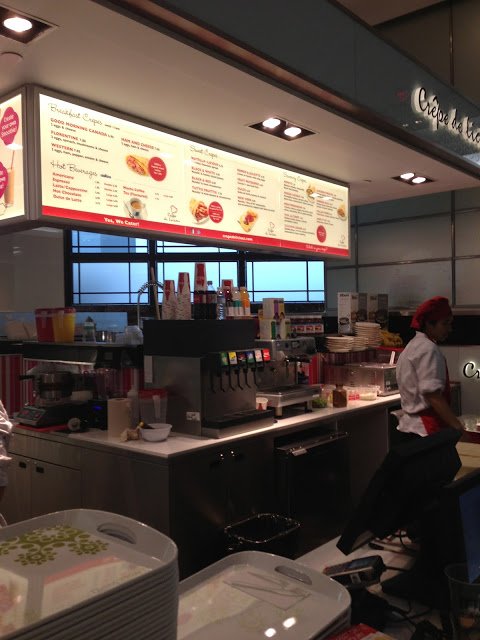 I decided to order the Black and White Crêpe, which contained sliced bananas and Nutella (I am a huge fan of bananas 🙂 ). You could decide whether you want to have ice cream or whipped cream next to it. When I saw the section containing all the delicious ice cream flavors, I decided to go for the ice cream. Yet again I had to make a tough decision, because there were so many flavors. I ended up with just strawberry, although I wish I had taken something more exotic. 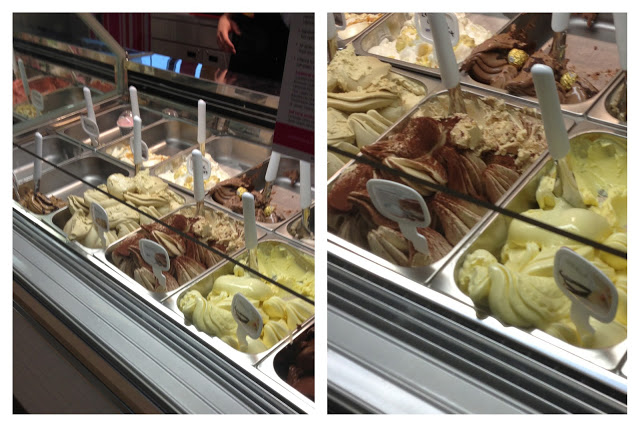 The picture below shows the final product of all my decisions! It looks very delicious, but the inside of the crêpe contained too much Nutella and it really dominated the taste. After a few bites, my plate was covered with molten Nutella and I really got bored of the taste. However, if you are really a fan of Nutella, then I would recommend this crêpe to you. 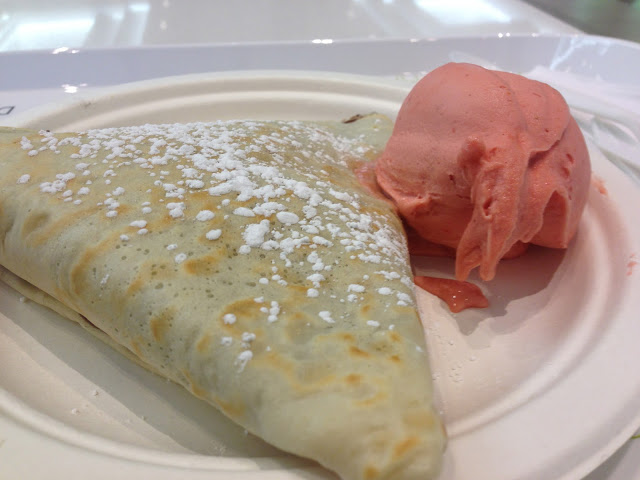 In my opion, the crêpe was quite expensive. I bought the most expensive one (the Black and White) and I paid 8.95 CAD. The other sweet pancakes were between 6 and 8 CAD. Luckily, the exchange rate from the Canadian Dollar to the Euro is good, so I didn’t feel bad ;-).

So if you are craving for a high-calorie snack/dessert, come to Crêpe De Licious! They advertise that their crêpes only contain 130 kcal and 3.5 grams of fat, but the filling and the ice cream causes this number to be much higher!