Dessert High Tea Rating: 2/5 Snacks
April 19, 2012January 19, 2016 admin 1 Comment
I went with Steph and Janice from KrispyBites and GoodEat to try
out the new high tea at Truffles Cafe located inside the Van Dusen Botanical
Garden Center. The set was $50 for 4 people so I brought along FW to join in on the
high tea action. 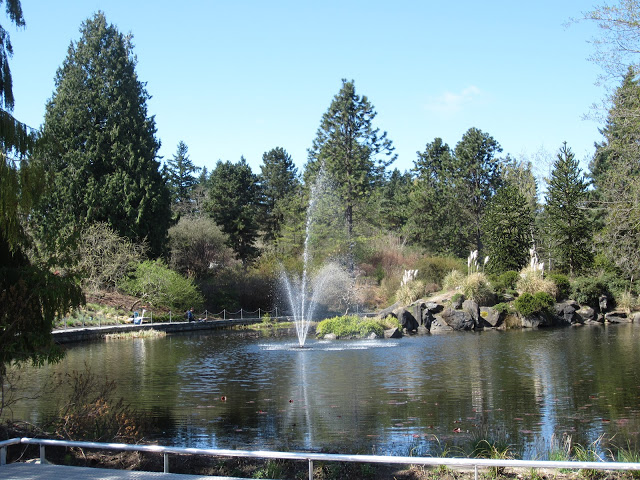 FW and I were a bit early so we decided to take a walk
around the Botanical Garden outside. The garden was really pretty but I don’t
think we saw it at its peak because a lot of flowers were not in full bloom
yet. Regardless, here are some pictures of the garden! 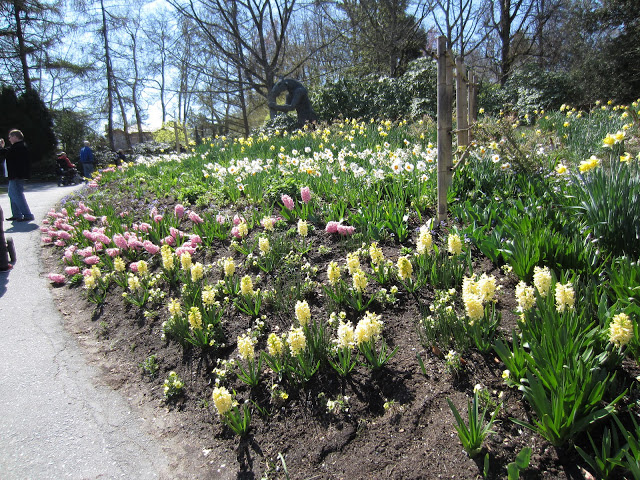 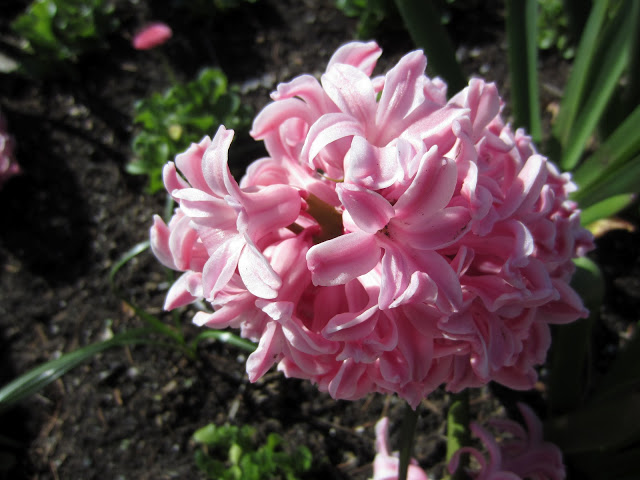 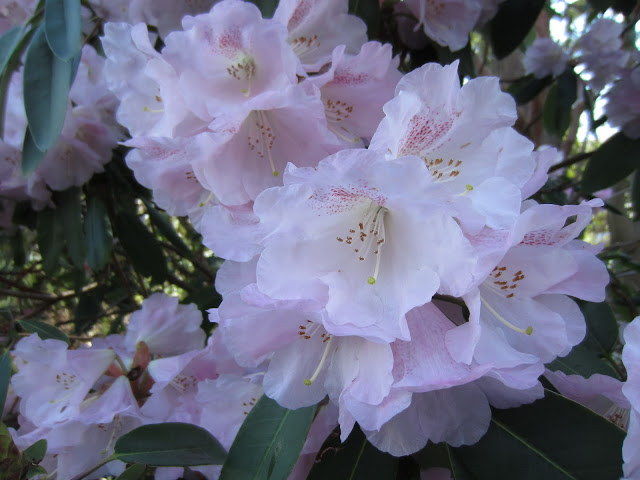 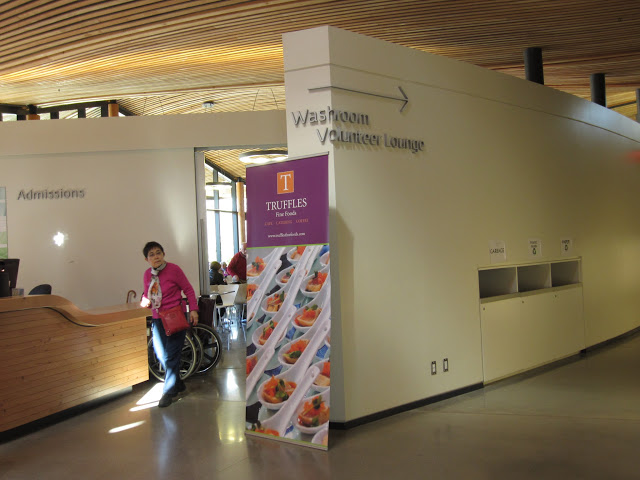 The Truffles Fine Foods Cafe is very casual and catered to tourists and
visitors of the garden. We chose the Afternoon
Tea for four ($50.00) which comes to roughly fourteen bucks per person with
tax (and tip). They also have another
Afternoon Tea for two for $28.00. 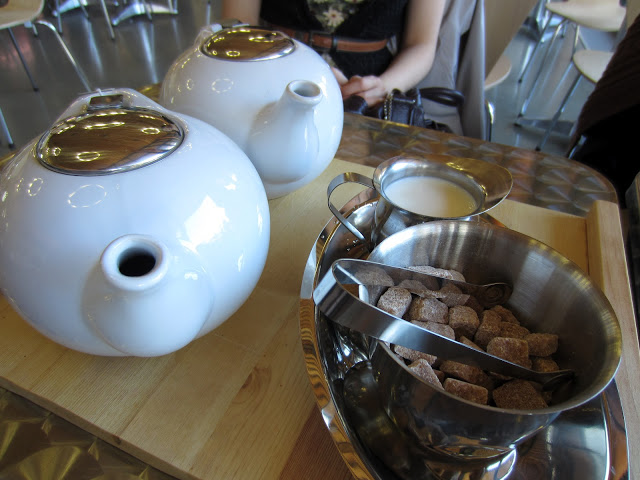 The afternoon tea for four comes with two pots of tea and we
chose the Okanagan White Orchard and
the Vanilla Rooibos. 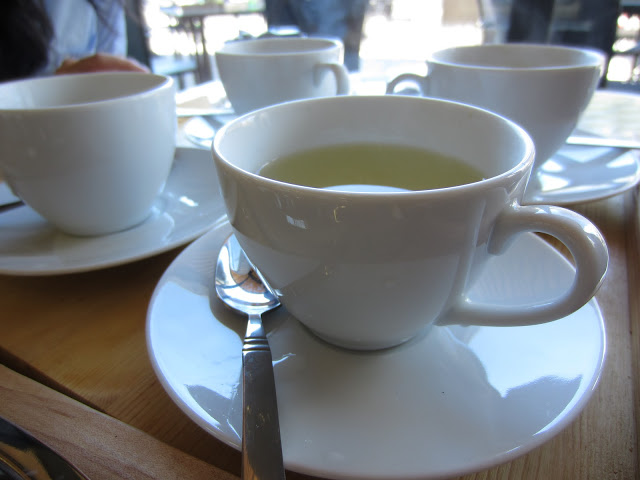 My absolute favourite was the Okanagan White Orchard because
of its simple fruity undertones. I liked how flavourful the tea was despite being steeped two, three times. One negative thing I did noticed was that a few of our cups were dirty… 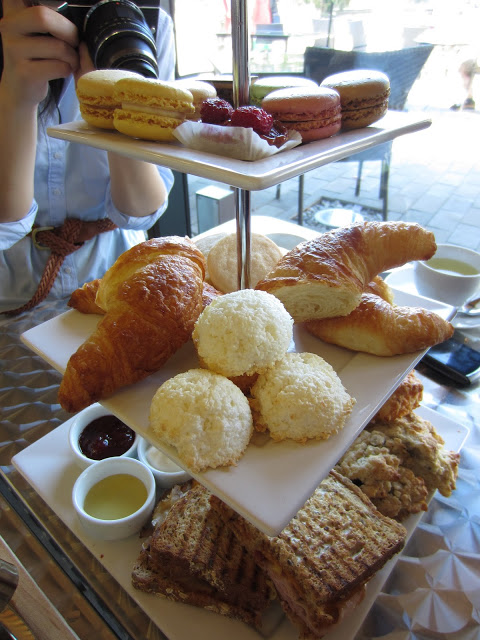 The three tier tower looked very impressive at first glance
and definitely enough for the four of us. I instantly thought, “What a great
deal! I so have to come back!”. However, as I tried more and more of the items,
I started to retract my statement. 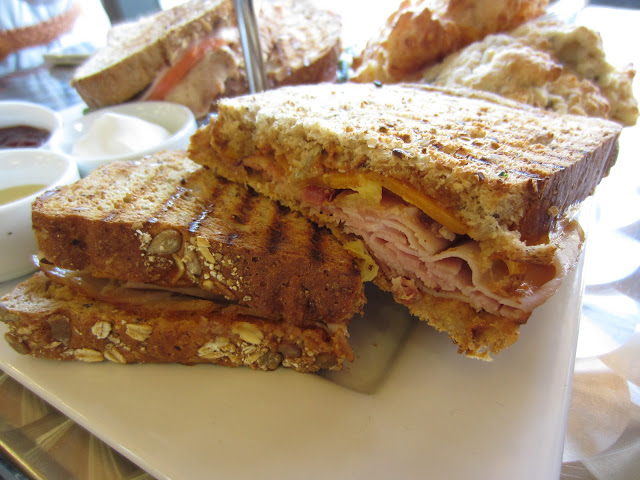 This was the Hawaiian
Panini and my favourite item of the entire tower. The sandwich was very
decadent with melted cheese, pineapple, ham, on grilled multigrain bread. 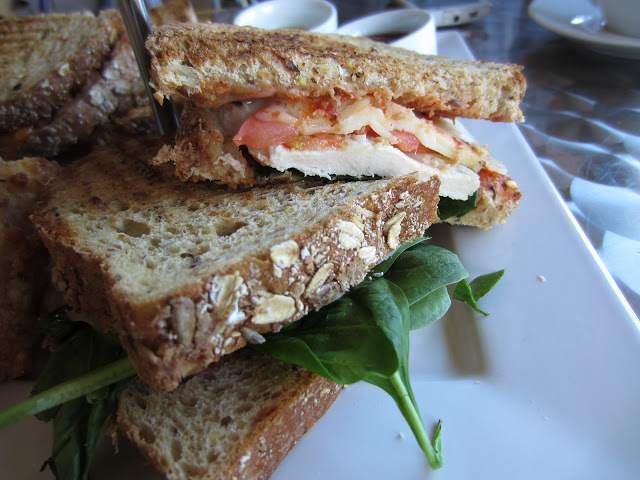 This was the Chicken
Panini and was not bad. It was a bit dry overall but I can’t complain. 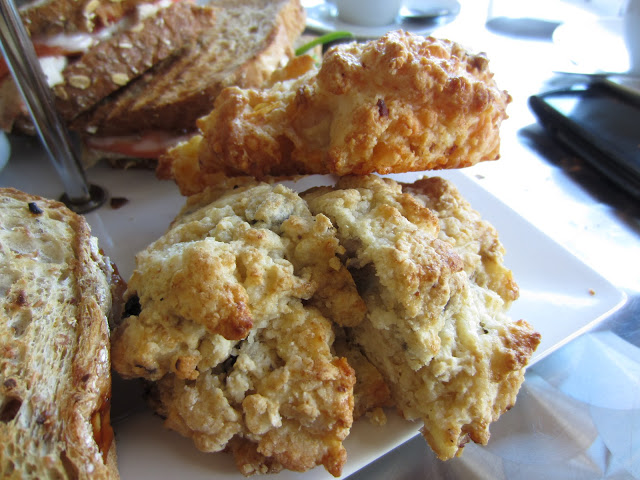 There were both Blueberry
Scones and Cheddar Scones and I
disliked both of them. I didn’t expect them to be as good as the scones from
Fairmont or Secret Garden, given the price of this afternoon tea, but these were just a disappointment. 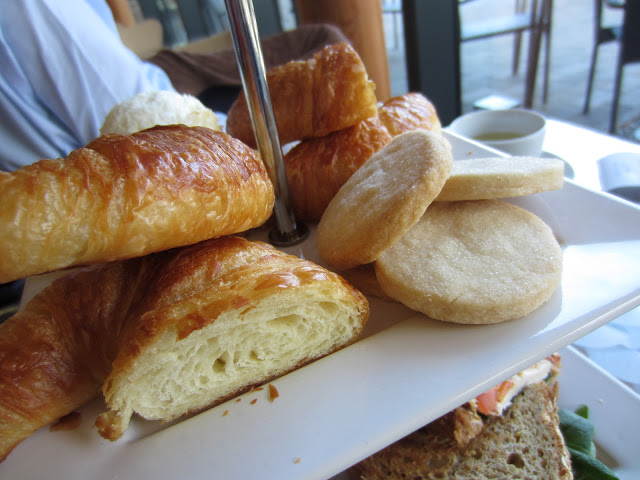 The second tier contained Croissants, Shortbread Cookies, and Macaroons. The croissants were average and served cold. I didn’t even touch the
shortbread cookies because neither Janice nor Steph liked
it.

I actually quite liked the macaroon but that was only because mine was golden
brown whereas the other three (the three you see in this picture) were a slightly
under-baked. So needless to say, I was the only one who liked their
macaroon. 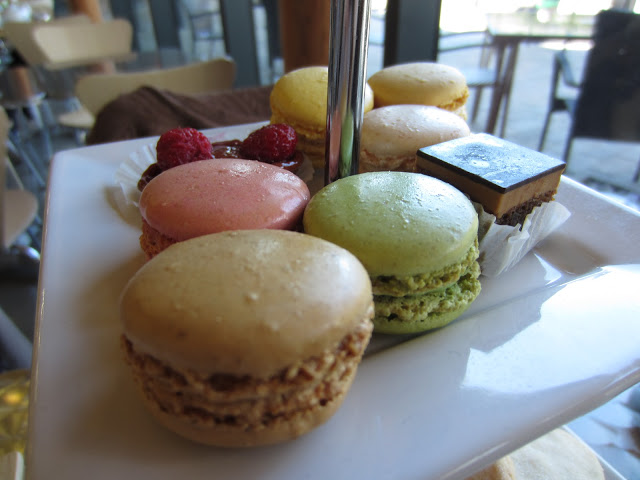 I couldn’t wait to get to the top tier because I was dying
to try the Macarons. We all chose a
different flavour but the general consensus was that it was surprisingly good.
I had the strawberry one and even though it had jam as the center filling, I
thought the shells were done quite well. 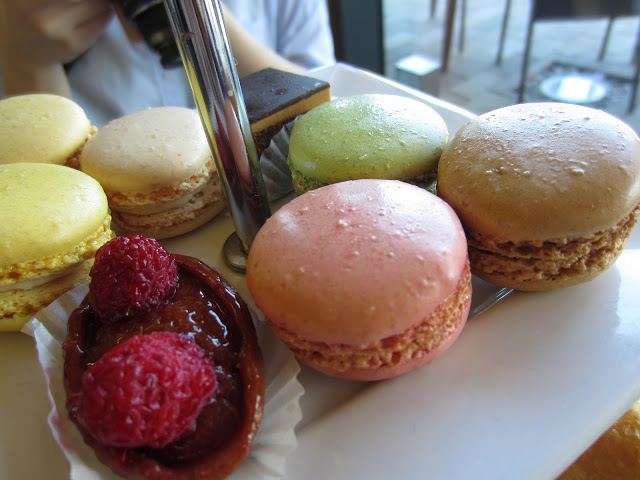 As for the other two petit fours, they
were meh. Don’t have much to say about them as I didn’t like either of them. Overall, I was disappointed with this Afternoon Tea and I do
not see myself coming back here again. 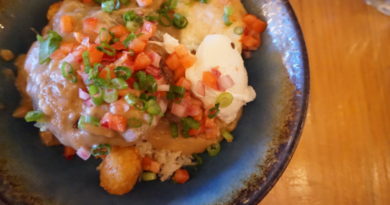 Bao Down Gastropub & Raw Bar – Did Not Meet My Expectations

One thought on “Van Dusen: Truffles Fine Foods Cafe- Skip The Afternoon Tea And Just Get The Macarons”