Up at SFU, there aren’t many good places to eat. Everything
(except Tim Horton’s) is overpriced, mediocre, and boring. With that said, I
still occasionally buy food at SFU because sometimes I don’t have time to pack
lunch. 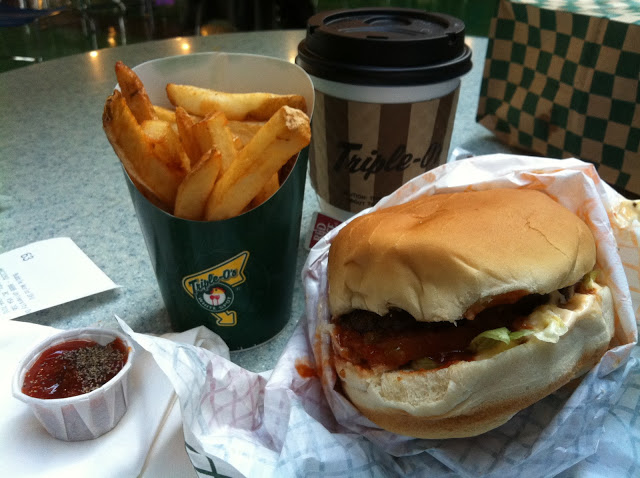 This semester, I happen to have class on Tuesday, which is
when Triple O’s have their “Triple O’s
Tuesdays” special. Their original burger becomes $3.33 and $6.53 (including tax) when you upgrade to a combo. I substituted my pop for “Red Rose” tea. It was really bad… I wanted
to substitute water for pop instead but it was an “upgrade” with extra
charge. I hate how pop is cheaper than water… =.= 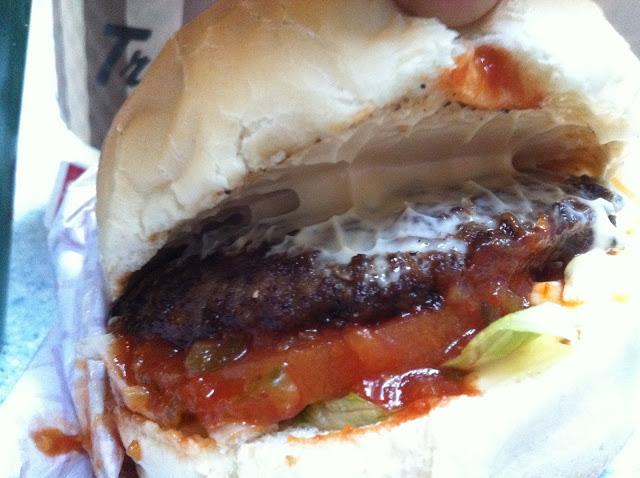 The burger was, as expected, mediocre and poorly assembled.
It became messy to eat because of the blobs of sauces everywhere. The bread was
slightly warm but very thick and chewy.

As always, I like to show people what the product is advertised to look like. I always love to poke fun at advertisements where the ad product looks
nothing like the real thing. 😛 It’s a little disheartening sometimes but it IS the reality. 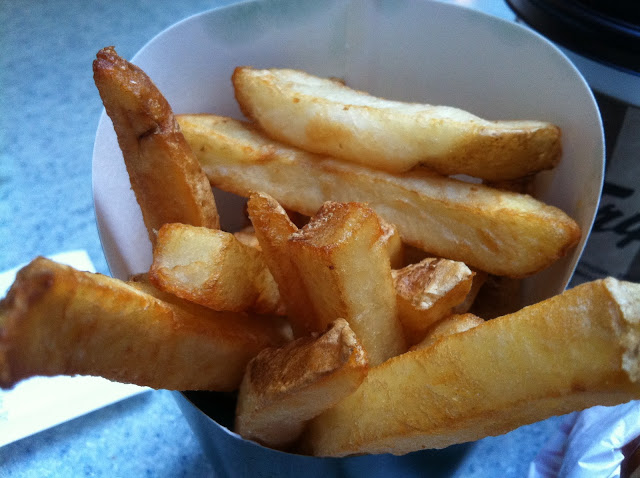 I really dislike White Spot fries. It is never crispy and is
usually so bland that I have to fully coat them with my concoction of
pepper and ketchup.

Overall, the Triple O’s at SFU is overpriced and frankly not very good. But hey, when you are starving and on top of a freakin’ mountain with no other choices, this will do. 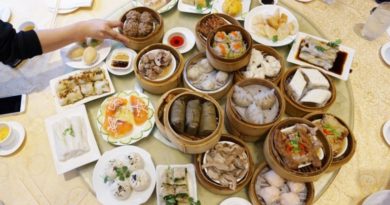 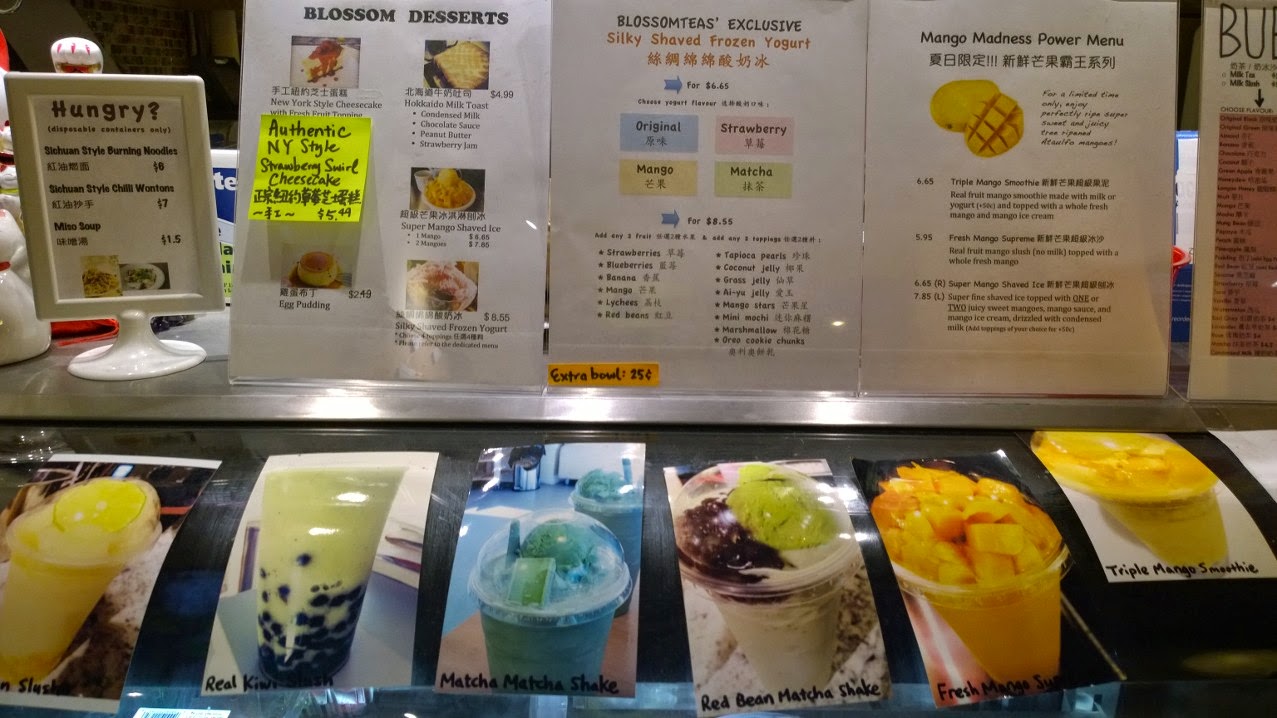 💭 TALK TUESDAY 💭 I don't know how to start

🍍 Do you enjoy the crunchy crust of Cantonese P