Last night, I went with a few friends to Palki Indian
restaurant located on Commerical drive and I was very surprised by the quality of
their food. Before I went, I did some research on Urbanspoon and I was
surprised to see that not many people know about this place. 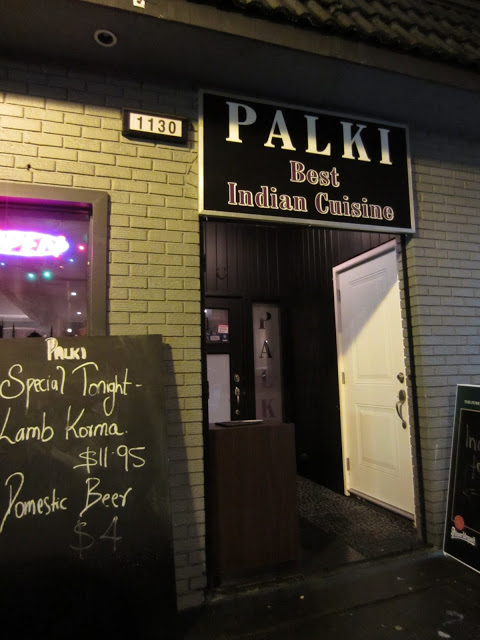 some photos courtesy of Yoshi
Palki Restaurant was started by Bhupinder Mroke twelve years ago
and he first opened a location in North Vancouver. They recently opened their
second location on Commercial drive.

The exterior isn’t the best looking and I bet you can easily
walk past it on the street without a second glance. However, once you go inside, it’s
a whole different story. 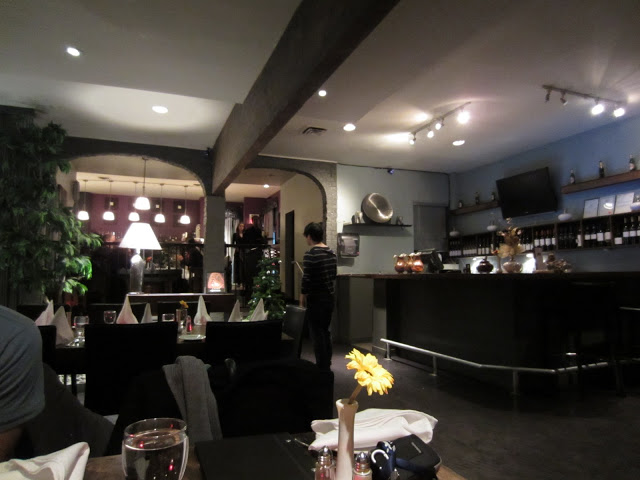 When I walked in, I was very impressed by the interior. It
was elegant, pretty, and had a romantic feel to it with their candles and
flowers on the table. 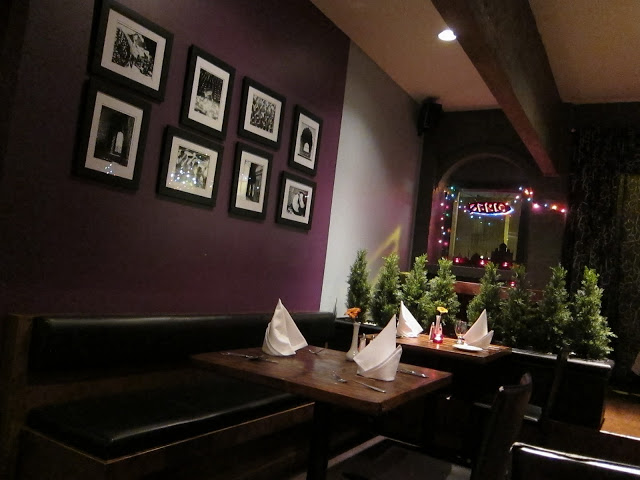 I loved their use of purple, brown, and black as it created
a very modern feel to the restaurant.

I came across this passage in the menu and it provided a
brief background on what “Palki” means. Read it and learn something new today! 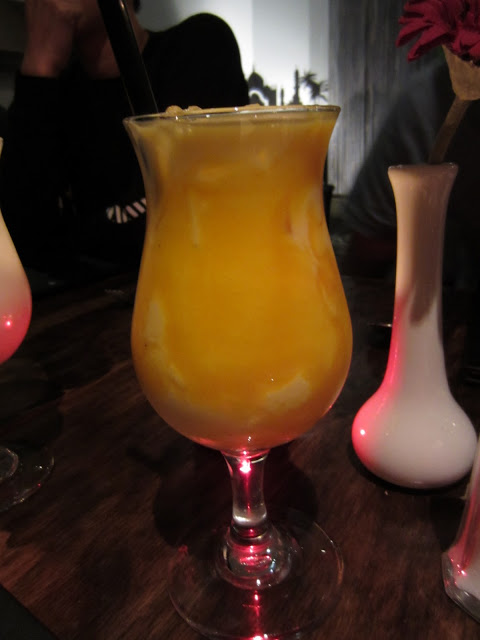 Pooh and Yoshi ordered the Mango Lassi ($3) and they enjoyed it a lot. It was very refreshing
and the mango and yogurt flavours were very prominent. The drink was very heavy
in yogurt but it did not overpower the mango taste.

Pooh^2 ordered the Sweet
Lassi ($3) and though he liked it, he definitely preferred the Mango Lassi
more. No other drink we ordered could beat the delicious Mango Lassi!

I had the Goa Sunrise
cocktail which had a blend of ginger, rum and mango. The presentation was
gorgeous and the taste was pretty good. I would have preferred less rum and
more mango but that is just my personal preference. Ness couldn’t even taste
the rum so I think it’s my alcohol sensitivity talking. 😛 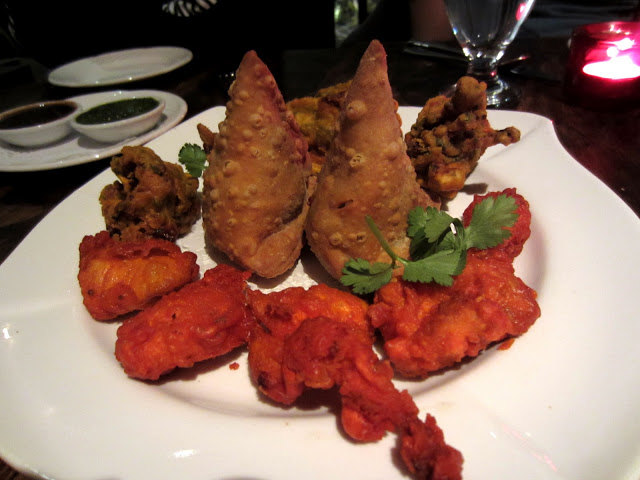 We all shared the Palki’s
Mixed Platter ($11.00) which consisted of vegetable samosas, chicken
pakora, and vegetable pakora. This platter is meant for two people. 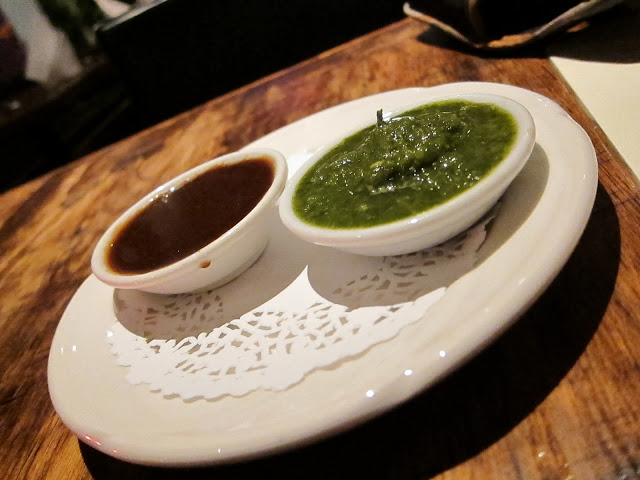 The platter comes with two dips: Cilantro Mint and Sweet
Tamarind. Tamarind is a tropical fruit which is abundant
in India. Both dips went perfectly with the appys but we all thought the
Cilantro Mint was the better dip.

I enjoyed the vegetable pakora the most because I loved how
crunchy the batter was.

Because the platter was meant for two, we ordered two
additional sides of vegetable samosas. 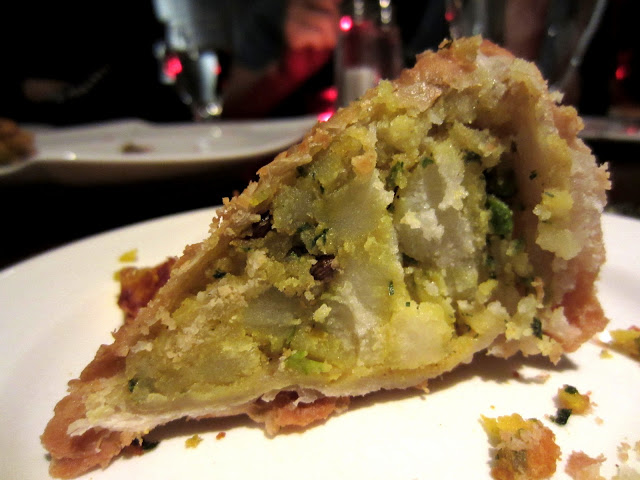 Everyone loved the samosas! They were filled with spiced
potatoes and fried to perfection. The samosas soaked up the dips real nice
too. 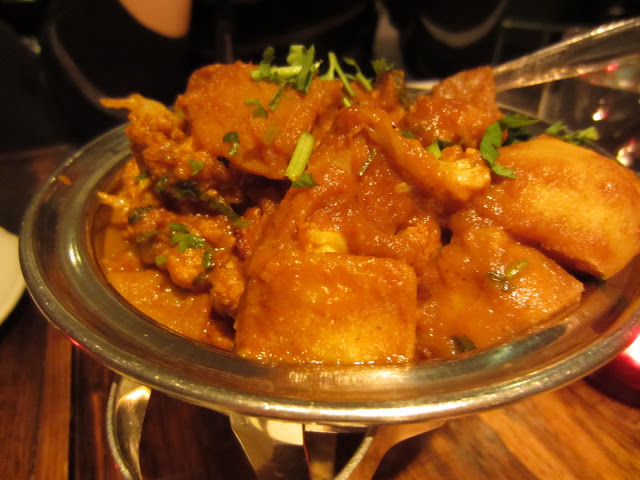 Next came our entrees. The Gobi Aloo ($10.50) was recommended to us by the server because it
is usually the most popular vegetable dish at their restaurant.

Fresh cauliflower and potatoes were cooked with coriander,
ginger, and tomatoes to make this dish.It was a bit too spicy for me but I certainly loved the
flavour of the Gobi Aloo. It is probably one of my favourite vegetable dishes
when eating Indian food. 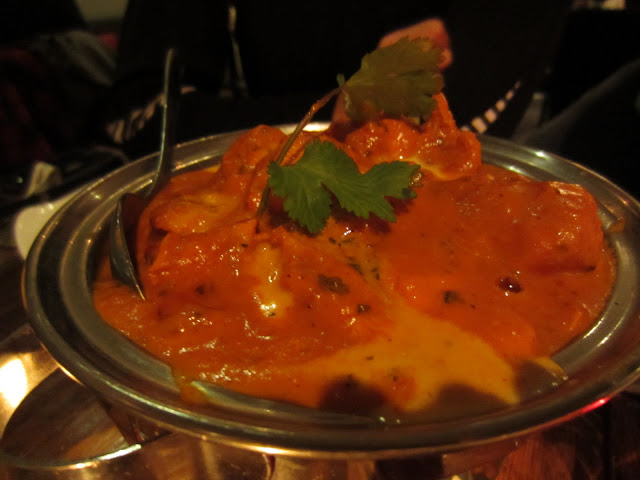 We also had to order the Butter
Chicken ($11.50) because I regard it as kind of like the “sweet and
sour pork” of Chinese cuisine. This butter chicken tasted sweeter than the ones
I am used to and the flavours were more pronounced. I believe they first broil the
boneless chicken in the Tandoor before adding it into the sauce so that may
be the reason for the extra depth of flavour. 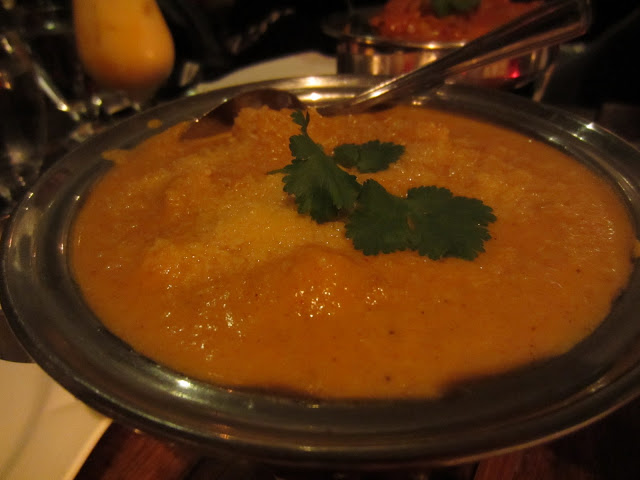 My favourite dish of the night (as well as Yoshi’s) was the
incredible Prawn Goan Curry ($13.95)! It
may look simple but it’s completely deceiving. This mild curry had an abundance
of fresh prawns and the curry went perfectly with our naan bread. We soaked up
every last drop of it. 😛 This dish is a must! 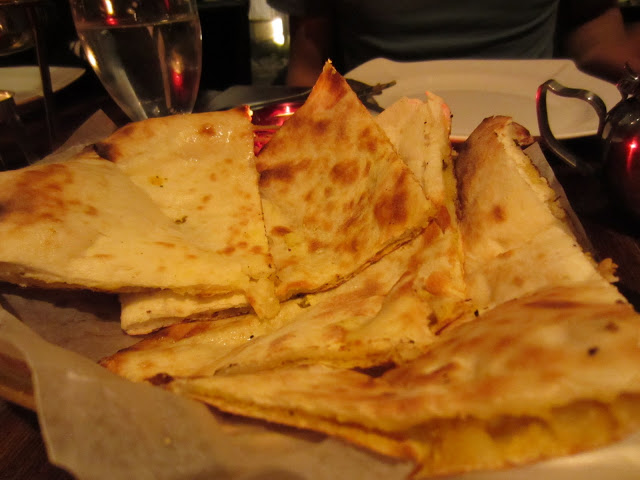 We ordered two types of naan bread to go
with our entrees and we chose the Potato
Naan ($4.00) and Garlic Naan
($3.00). The potato naan was everyone’s favourite! The naan was fresh and
incredibly soft. 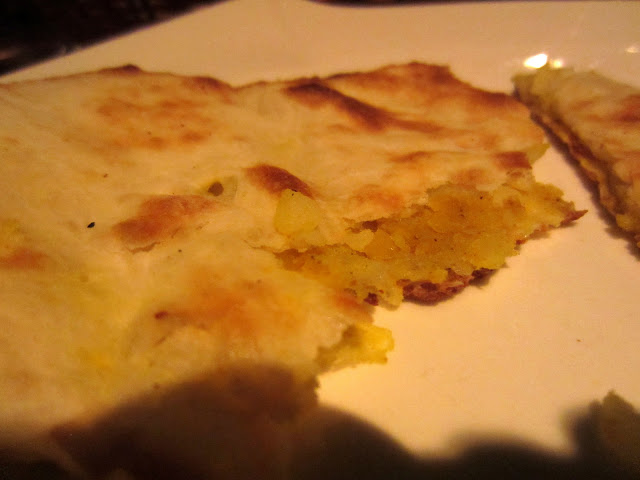 At first I thought “carb on carb” will be weird, but the
soft spiced potato filling actually went perfectly with the naan bread. I
definitely recommend getting this.

The garlic naan was also very good but it was not as soft as
the potato naan. It lacked in garlic flavour (I love LOTS of garlic) but it
still served its purpose as a scooper for the curry and sauces. 😛 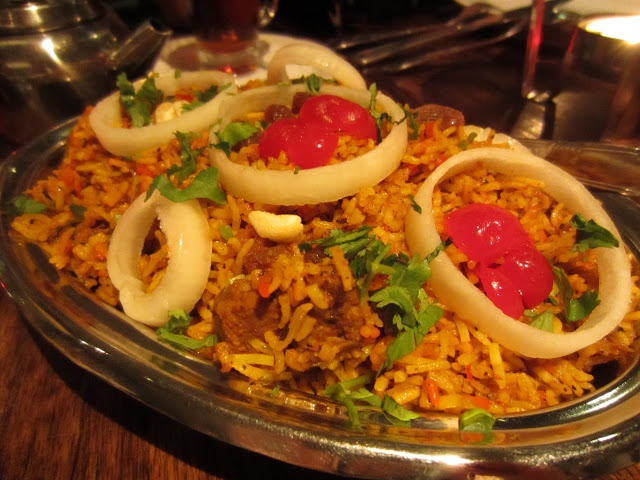 We also got the Lamb
Pulao ($13.95) for our rice dish and it contained boneless lamb, nuts,
raisins, and saffron. 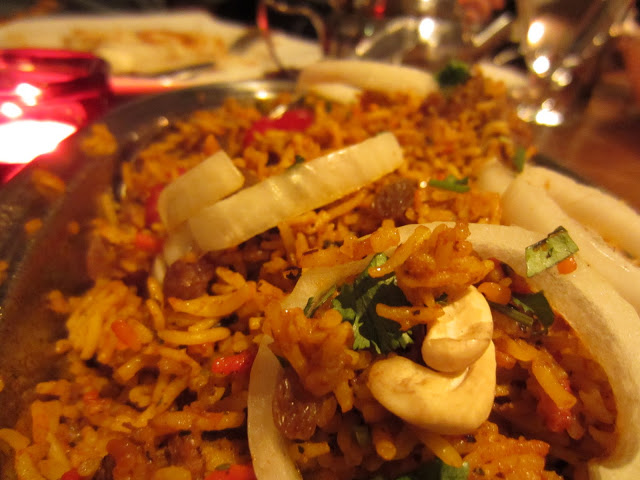 The long grain rice was dry and nicely coated with the different
spices. I really liked the dish because it was so flavourful, but it was hard
to eat a lot of it since we had so much food. 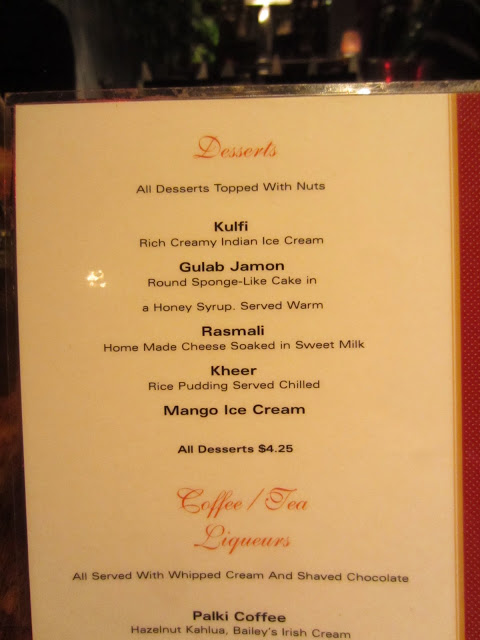 To cap off our meal, we ordered two desserts off their menu
to share. We wanted to get the Kulfi, which is an incredibly rich and creamy Indian
ice-cream, but they were sold out. 🙁

We first chose the Kheer
($4.25) which is rice pudding served chilled. Everyone liked how the rice
was not too mushy and each grain stayed intact within the pudding. This is a
great dessert to try! 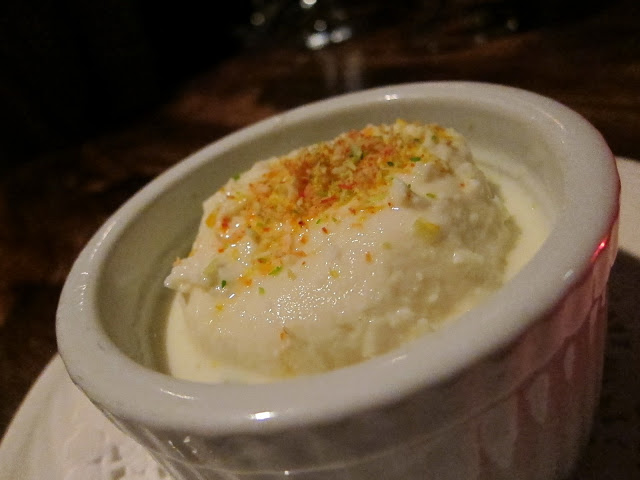 Next we got the Rasmali
($4.25) which is homemade cheese soaked in sweet milk and topped with dried
coconut flakes. They make this in house by taking the curds from the cottage
cheese, draining it through a cheese cloth, and then soaking the ball of cheese
in syrup and sweet milk for a long time. The texture of the cheese was
interesting and it kind of tasted like soaked sponge cake. It is quite sweet
and rich so sharing it would be the way to go.

Disclosure: I was invited by Palki Restaurant to try their new location on Commercial drive. 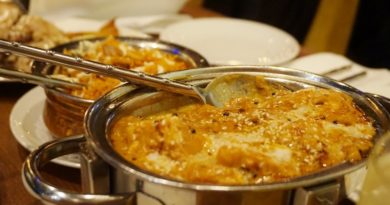 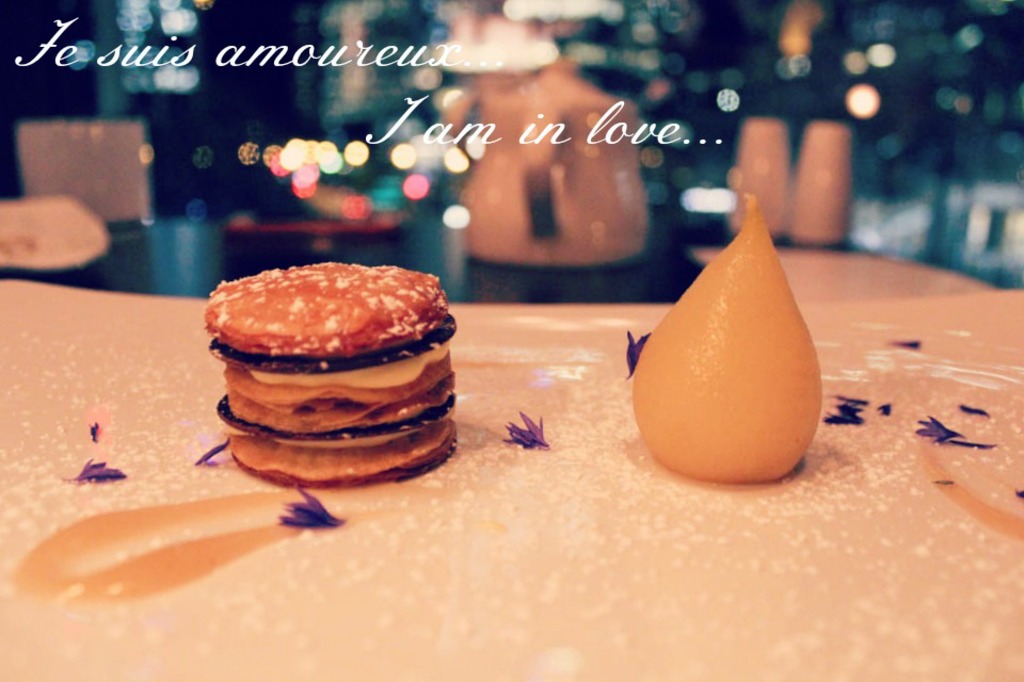