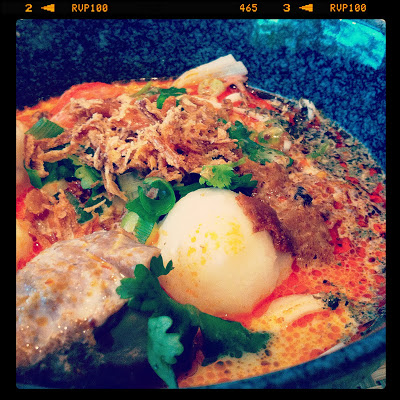 Rae came over one day for breakfast and because we didn’t know what to make, we decided to use her Laksa premix to make some homemade Laksa! This was perfect for a cold and rainy day. 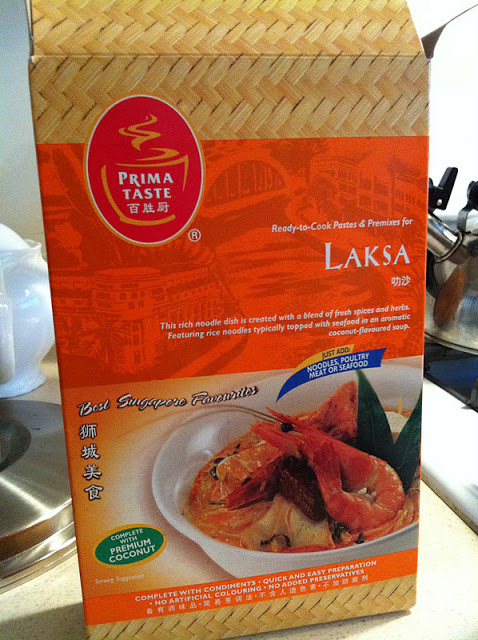 The package is by Prima Taste, and this is the definition they have for Laksa: “a blend of fresh spice and herbs featuring rice noodles typically topped with seafood in an aromatic coconut-flavoured soup“. I heard from Rae that Laksa comes in a million different varieties. Some contain coconut milk, some don’t, some use red meat as toppings, some use seafood instead…etc, the list goes on. The version we made was called Singapore Laksa. I have never attempted to make Laksa at home before so I was super excited! 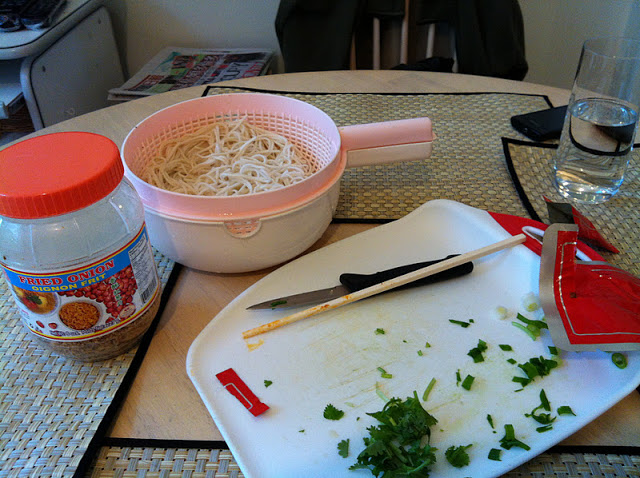 Because I didn’t have any rice noodles on hand, we boiled some Shanghai noodles instead. They actually worked pretty well with the Laksa! As you can see, we chopped up some parsley and  green onion for garnish. We also had some fried onions (omg YUM!) so we also added that into our Laksa as well. 😛 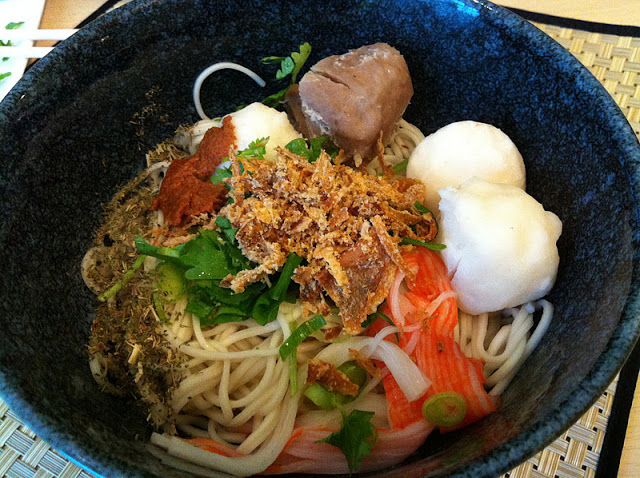 Our bowl looked like this before we scooped the Laksa broth into it. We included some balls (squid, beef, fish), and crab meat along with the garnishes I mentioned above. 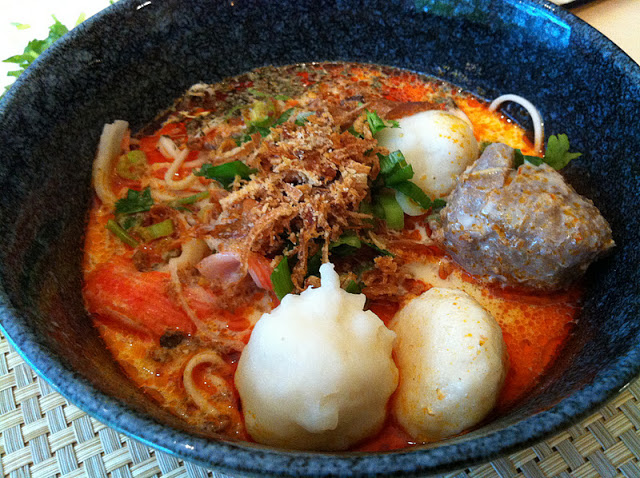 This was such a success! I couldn’t believe premade Laksa mix could taste so good! If I had known this earlier, I wouldn’t have needed to order this outside because I find some places don’t even make them that well. 😛 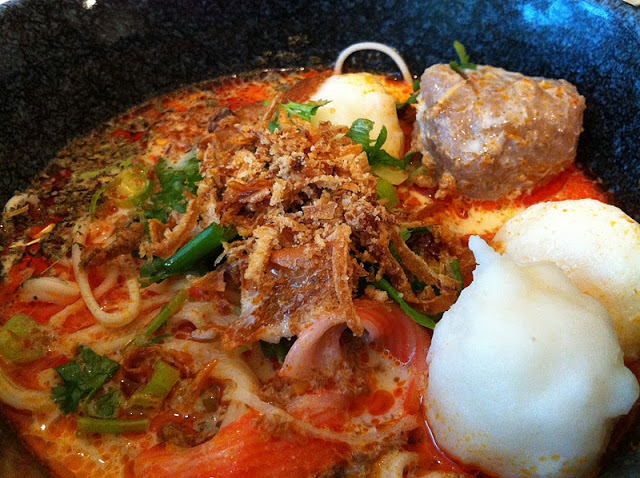 The broth was thick and incredibly flavourful with the perfect amount of spicyness and coconut flavour. One word to sum it up: scrumdiddlyumptious!

You can probably find this Laksa premix package at any Asian supermarket such as T&T and Osaka so if you enjoy Laksa, try it and let me know how you like it. 🙂 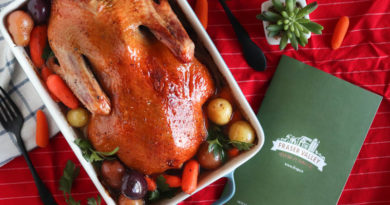