Skip to content
Burnaby Taiwanese
September 26, 2011January 21, 2016 admin 0 Comments
Because I’ve seen this place being blogged about many many times (see on urbanspoon), I decided to come here one day with Meta Knight after a long and late night of school. No.1 Beef Noodle House is located on Willingdon. 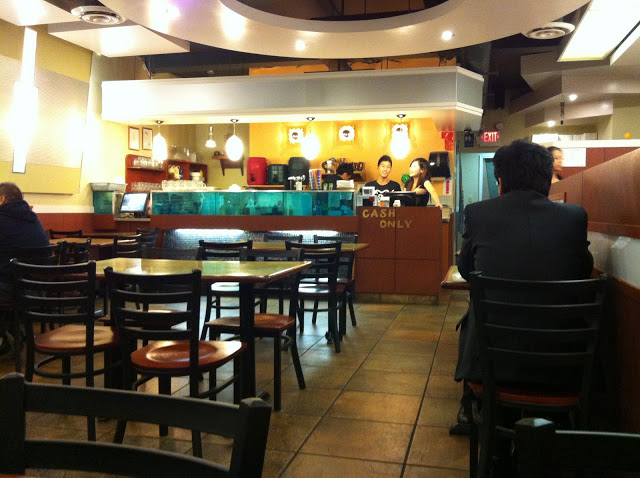 We arrived at about 9:30pm and the place was pretty empty except for a few full tables. I heard about the parking here being horrendous but I guess because we came super late, it gave us absolutely no trouble.

We ordered a Strawberry Black Tea ($3.75) as our beverage and it did not disappoint. The drink was not overly sweet which is always my main concern whenever I drink green or black tea. It had good strawberry flavour and the pearls were cooked perfectly which resulted in chewy, springy, carby goodness. 🙂 Definitely recommend! 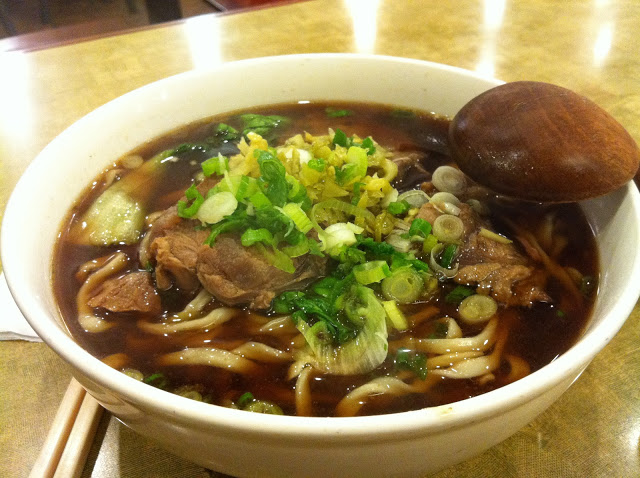 Of course, since we are at a restaurant with the name “No.1 Beef Noodle House”, we cannot NOT try their beef noodles! Both Meta Knight and I ordered beef noodles but he ordered the traditional Beef Brisket Noodle in Soup ($7.25) while I ordered something else.

Just look at those noodles! Meta Knight thought they were delicioussss! It had the perfect texture and the beef brisket pieces were extremely tender.

I went all out (cause I was so hungry!!!) and ordered the Beef Brisket + Tendon + Wonton in Soup (~$8.75). And my, it was huge. I ended up sharing half of my toppings with Meta Knight (sharing is caring 😀) and not finishing the noodles because it was THAT huge. 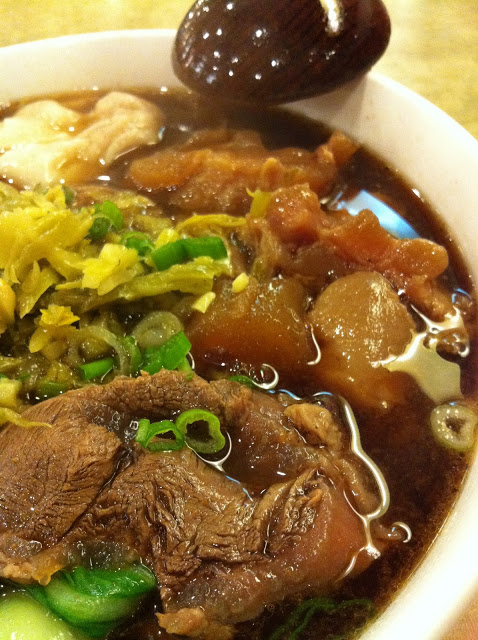 They were quite generous with the toppings which was nice. The beef brisket pieces, again, were extremely tender. Probably the most tender beef brisket I’ve ever had. The tendon were average but they were in good large chunks which I like as oppose to some places that give you thin dinky little slices.

They gave me 3-4 large wontons and they were really tasty as well. I liked how the skin of the wonton were so soft and silky! I could eat a billion of them! Oh, one thing I also liked about this beef noodle in soup was that the broth was really delicious. I can’t really pinpoint exactly what I liked about it, but I can confidently say that their broth is my favourite so far of all the ones I’ve tried in the past. At first I was skeptical whether they could live up to such a confident name, but after my meal, they earned it. At least for me. 😛


Based on these reasons: